A day of birding...at last! 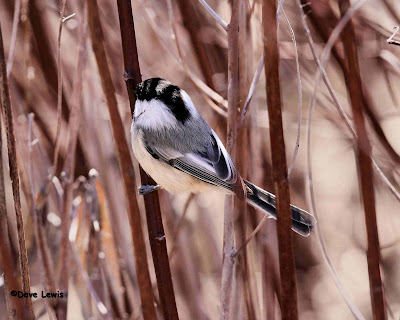 A half a dozen Black-capped Chickadees greeted us upon our arrival. Gotta love 'em!
What a long few weeks. Too much work around the house, not enough time to be out in nature. It makes one want to find a nice apartment with a landlord to do all the work. 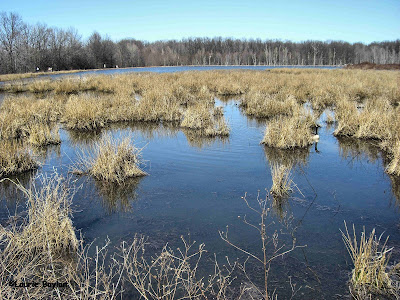 A view without the homes.

Anyway, we finally made it out to a park, along with a few hundred others, today. We went to Sandy Ridge, a place I've mentioned before and one of our favorites. It's a reclaimed wetland and woodland area. Though new developments are quickly closing in around it. Even so, there is an active Bald Eagle nest abutting one of the developments along with a Great Horned Owl's nest. 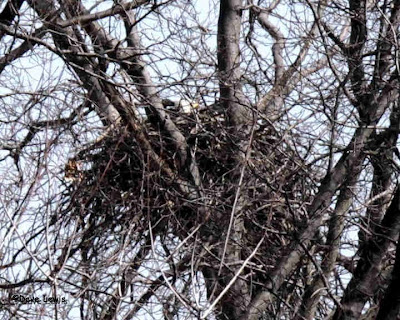 A little too far for my lens, but there really is an Eagle sitting in that nest.

This has been a harsh winter with temps well below freezing and plenty of ice on the ponds. With all the freezing and thawing, there has been quite a fish die off this season. And there is this certain 'aroma' that accompanies it when you are facing the wind in the wrong direction. Yum. I think I'll pass on the seafood for a little while. 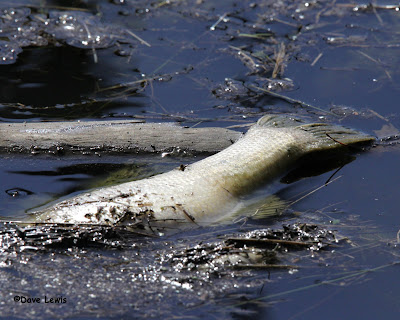 A lovely dead fish, I don't know if it was a smelt, but it seemed like it! 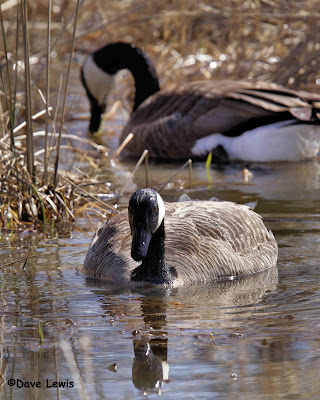 The Canada Geese look so nice, just watch where you walk... 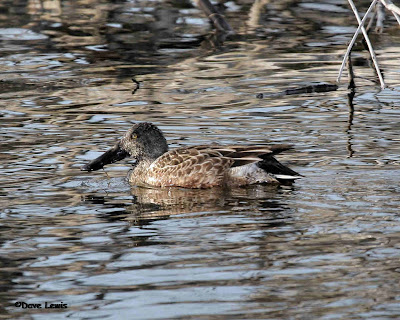 This area is very popular for viewing migrating ducks like this Northern Shoveler.

Don't you hate it when someone walks, or flies, in front of your camera! I thought I was going to get a shot of the Ring-necked Ducks, but no, Mister Mallard has to get in the way.

This was also one of those days that you shoot a lot of pics and you aren't satisfied with many of them. I just don't get it. One day I'll figure it out! By the way, if anyone out there has a Canon 50D and is using a tele-flash with it, I'd like to hear from you. I'm using the same settings I used with my 20D, but now the photos are getting blown out by too much flash. I know there's something I'm doing wrong.

Back into the woods, just in time to catch a Downy Woodpecker and a Tufted Titmouse taking off. 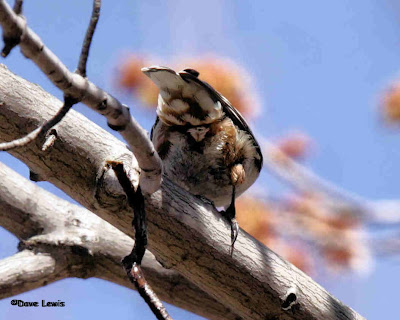 Yes indeed, the wrong side of the tree and the wrong end of a White-breasted Nuthatch! If you're ever talking to Laurie-loo and she gets bored, you'll hear the same little sound the Nuthatch makes!

It was great to get back outside in the (semi)fresh air with temps above freezing. Spring is in the air and I plan on being out every weekend from now on. I hope the neighbors don't mind the messy gardens...
Posted by Dave at 9:56 PM