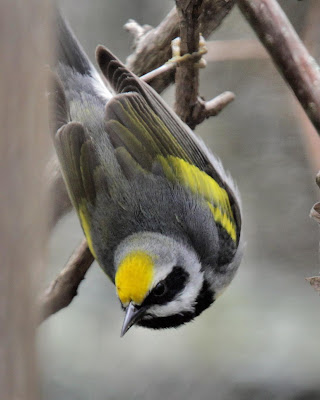 I hate to refer to him as number 318, but that's what he is on my meager list!
...Soooo little time!
This weekend was spent at the Ohio Ornithological Conference in Perrysburd, Ohio. It used to be called Perrysburg. I haven't downloaded photos yet...I still haven't finished LAST weekends photo fest! I may be caught up by Novemberish...
For more info and gossip on the OOS gang meeting check out Weedpicker's blog and Big Jim McCormac's blog. Look at their blogs anyway, you'll enjoy them.
So as you can see by the opening photo, I had another life bird (do the dance now!), the Golden-winged Warbler. Folks were mobbing the boardwalk and waiting for hours to find this little gem. Me and the Doodles walked up to the site and within five minutes Laurie was the first to spot it! She's a keeper! Trying to shoot this jumpy little buggar was a true challenge. It was in and out of a tangle of vines any where from a few feet away to about twenty feet away. And then I had to, once again, squeeze my skinny self between manic birders and the rail of the boardwalk to get a few shots. I went from sitting on the ground to standing on tip toes, this bird does not stand still for the paparazzi! 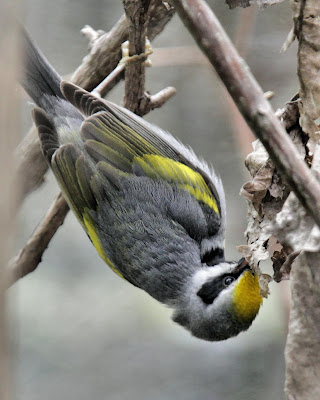 Yep, number 318! The ONLY Golden-winged Warbler to be spotted on the boardwalk at Magee Marsh. You really must go there in May for THE finest warblering in the United States!

After him, the rest were easy (ha!) Here's a few of my favorite warbly things from last weekend with more to come I'm sure...and then there's the shots from this weekend...and... 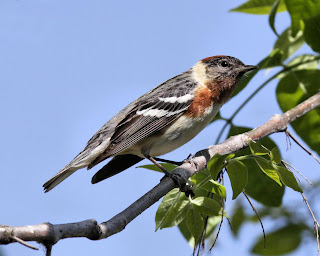 Bay-breasted Warbler were in numbers I have never seen before. And a few even sat still for a second! Who's a good boy?! 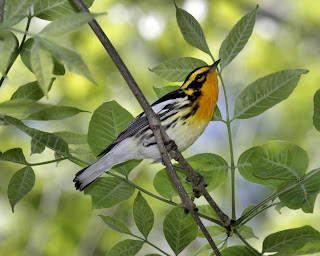 These Blackburnian Warblers LOVE to be WAAAYYYYYYY up high. They like to watch birders try to hold their optics over their heads and moan in agony...just to see the little flame throat! Mean bird! 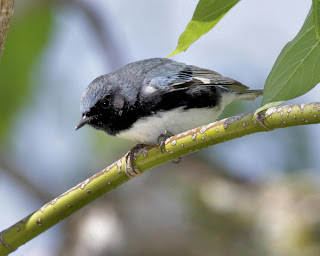 I'm still having a hard time getting a nice frontal kind of shot of a Black-throated Blue Warbler. I may have a few from today. We shall soon see! 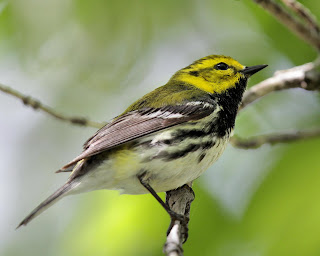 Good name for this one, a Black-throated Green Warbler. Ya think they ran out of clever, misleading names when this one came around? 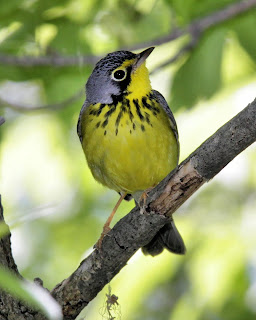 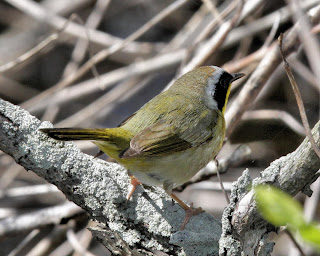 A bird from behind...at last! Common Yellowthroats are hard enough to get a close view of, let alone sneeking up behind one! 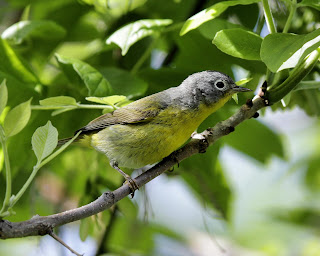 Here's a cute little Nashville Warbler giving Dave the crazy eye. I get that a lot. I don't know why. I think of myself as a very normal human. 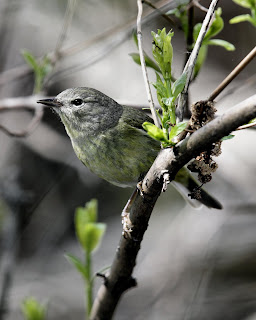 This Orange-crowned Warbler was a rough one for Lil' Loopy Dave to ID. Orange isn't one of my colors. Not to mention this is a rather drab bird...for a warbly thing. 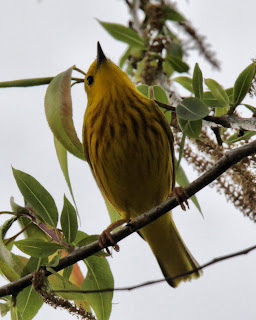 I know this is a Yellow Warbler because it's yellow and that's one of the colors I can see. Pretty smart fella, huh? 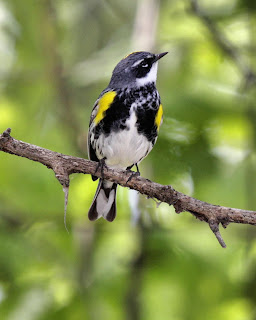 Wow, a front shot of a Yellow-RUMPED warbler! What has gotten into me lately?