Now there's a butt to be proud of ...somewhere in there...
I'm still going through all my photo files...it's amazing how many were backed up, butt without any names to the birds. Now I have to get out the guides and stare at hundreds of photos of bird behinds and try to figure out who's rump is whose! After a while they all look the same. The shorebirds are giving me migraines...At the time I knew who was who, butt after so long, I forget. So, if anybody out there has no life (like me) feel free to stop by and name a few booty's.

Until then, here's a few more of the lifers we were lucky enough to spot this year! 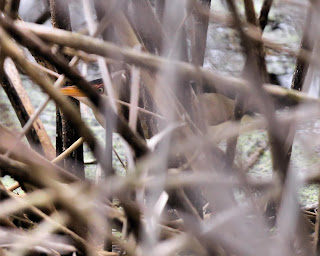 Here's the other end, or at LEAST part of it.
So clever, eh? It's a Least Bittern at Magee Marsh in May. 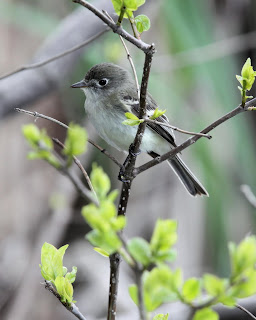 Speaking of birds in May! That was a very good month as always. This is an Alder Flycatcher.
It helps to have someone with you that knows the calls! I wish I could remember who that was though... 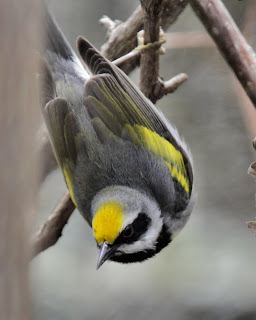 Oh yeah, Golden-winged Warbler! A new warbler is the high light of the season. Chalk up another one for Magee Marsh.
If you haven't been there in May, WHAT ARE YOU WAITING FOR?!!!
Check out the "Biggest Week In American Birding"!
That was a shameless plug to get myself a free t-shirt(hint-hint Kimmay!) 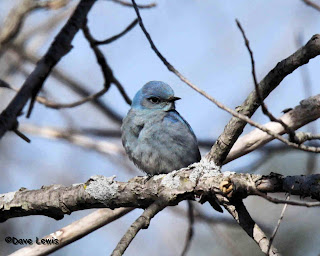 This Mountain Bluebird was spotted near Toledo Airport.
Henry, from Kirtland Bird Club, told me exactly what tree he would be in, jokingly I thought, but lo and behold, he was in that tree!
Go figure... 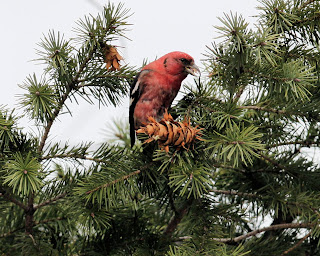 Only birders would cruise cemeteries looking for something out of place...like this White-winged Crossbill.
The mourners and other visitors must have thought we were looking to the heavens for answers... 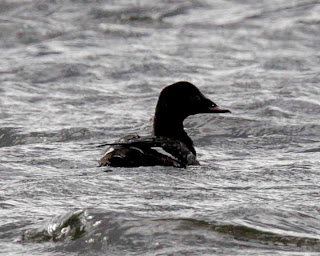 This White-winged Scoter was pointed out to us by some great Amish birders at the Shreve Migration Sensation.
I have five more to share with you, so stay tuned...I'll get to it...honest...and maybe I'll post a few of the new photos I found hidden away in the deep dark nether regions of my hard drive from hell...can I say that?
Posted by Dave at 7:06 PM