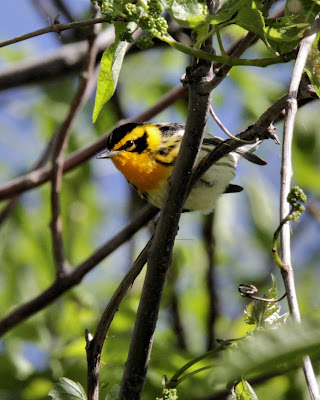 Playing peek-a-boo with a Blackburnian Warbler.
During the Biggest Week in American Birding, we were lucky enough to visit Cedar Point, not the amusement park, but the National Wildlife Refuge. This area is normally closed to the public and the birds and wildlife don't know what to make of us humans, especially the ones pointing shiny lenses at them!

Not the best day for photography, but we had a great time anyway!

There's an active, as you can see, Bald Eagle nest...

...and a gang of juveniles that were circling us.
We counted seven in the sky at one time!

You know when you get that many kids together there's going to be a fight! 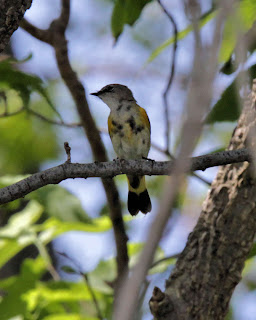 The warblers were well hidden in this area.
We did spot this young American Redstart. 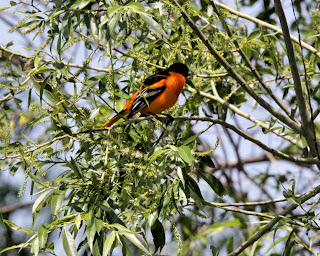 And there were at least a dozen Baltimore Orioles singing from the tree tops. 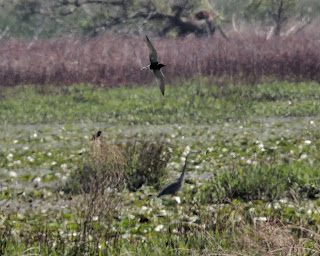 As I said, the warblers were wary!
This Blackpoll Warbler wasn't eager to have his portrait done. 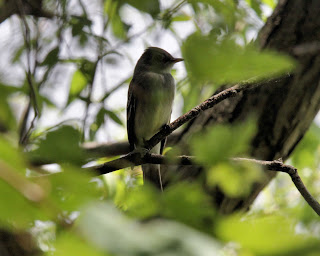 Hmmm...Eastern Wood-Pewee or Willow Flycatcher.
We saw both and I'm not sure. You decide and let me know!

There were hundreds of Red Admiral butterflies out...and none sitting still long enough!

Someone(Richard!) said I wasn't posting enough butt shots lately.
It's actually getting hard to shoot them for some odd reason.
Well, here's a fuzzy Ruby-crowned Kinglet. 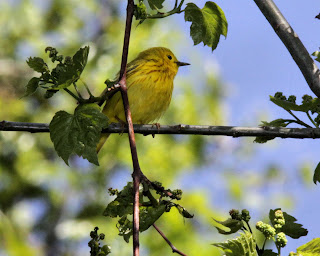 You know you're spoiled when you say "Oh, it's just another Yellow Warbler!"

And for tonight...I leave you with a little BEE-hind!
Posted by Dave at 8:42 PM