And so we went. And what did Loopy and the Doodles spy with their little eyes?... 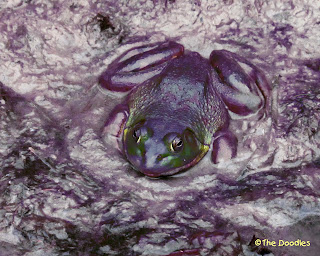 Well, the Doodles was using her "DoodleVision" option on her camera and she saw things NO ONE else had ever seen before!
Have you ever seen a Bullfrog like this one? 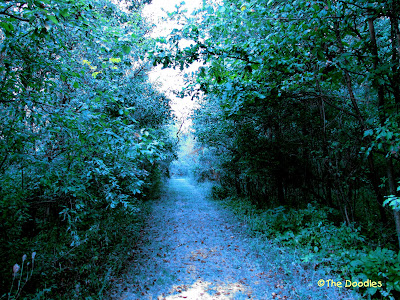 Yes, with the right medication, you too can see Ottawa like the Doodles!

Speaking of frogs fat fannies...guess what we saw...
and I don't want to know where those bubbles are coming from... 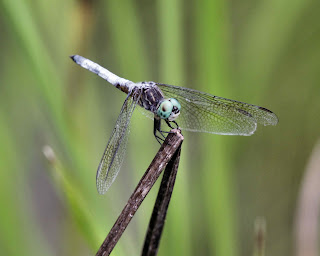 Oh my! That's not a frog! That's a Blue Dasher!

There ya go! That's a Bullfrog From Behind! 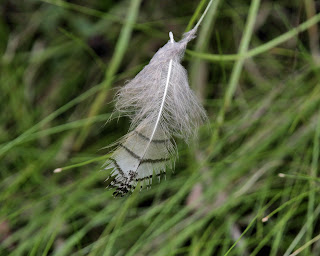 And did we see any birds? Well, I spotted this lovely little feather...

And then we spotted these feathers attached to this Cedar Waxwing.
They don't smell like cedar by the way, so don't hang one in your closet.
Not that I ever tried it...phewww...

Here we have Maw and Paw American Goldfinch stuffing the gullet of Junior.
That's a very jealous young Song Sparrow watching(I think...).
P.S.-I'm wrong, it's a House Sparrow. That would explain all of the adult House Sparrows in the area, wouldn't it?
Thanks Ben! 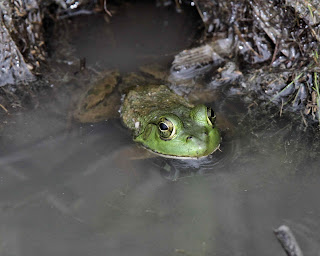 Just in case you thought I forgot about the DOZENS of Bullfrogs at Ottawa... 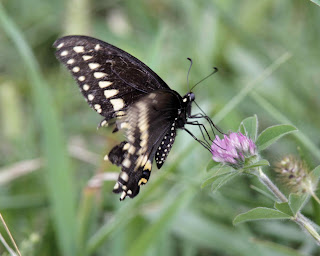 Every once in a while I would look up to see if there was something other than a Bullfrog.
Golly! A Black Swallowtail! 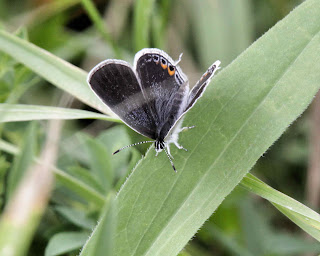 For the longest time I've been trying to get a shot of the wings of a Eastern Tailed-Blue butterfly...
then that stoopid piece of grass gets in the way!
ARRRGGGGGGGGGGGHHHHHHHHH! 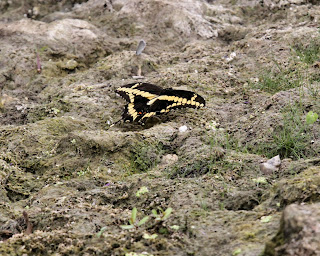 Oooo, a Giant Swallowtail! That's its name, it's not really a giant butterfly... 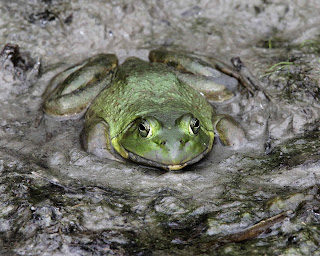 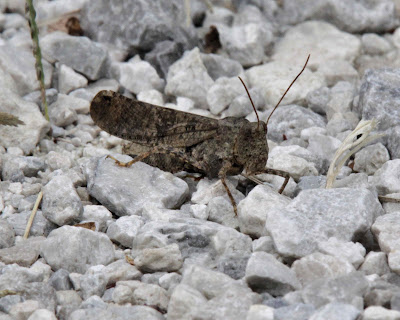 This Grasshopper could be frog food...or not. 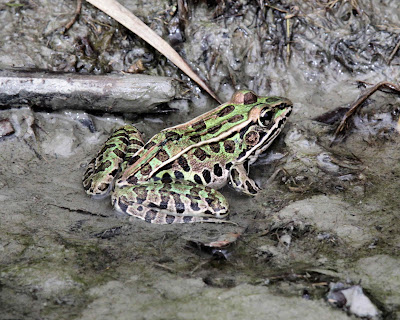 Holy Cow! It's not a Bullfrog! It's a Northern Leopard Frog.
A frog by any other name...IS STILL A FROG! 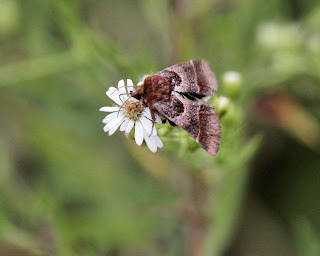 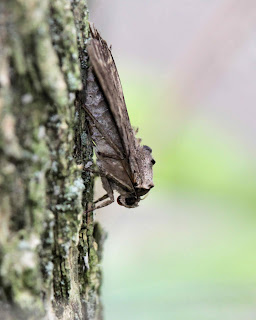 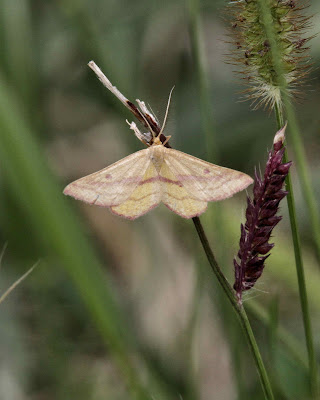 Where's your sense of humor? Say it out loud like Clouseau!
"A Moth! No, a MOTH!"

At last we found a warbly thing!
Woo-hoo! The first Palm Warbly of the fall.

We heard chipping in the brush, so I got my best pisher out and pished in the bushes.
And this is what popped out!
Duh...a...uh...maybe...a...Purple Finch?
I have a hard time with the youngsters!
(Ben Warner says Indigo Bunting, what do I know...!)

I know these guys! They're a cute little pair of Wood Ducks!
The Wood Duck goes "Squeak." 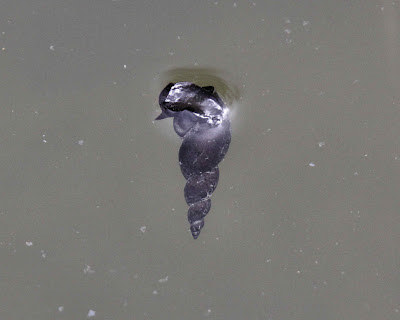 I sometimes try to give you a butt shot at the end.
I can't figure out where the butt is on this snail...

Until next time...This butts for you!