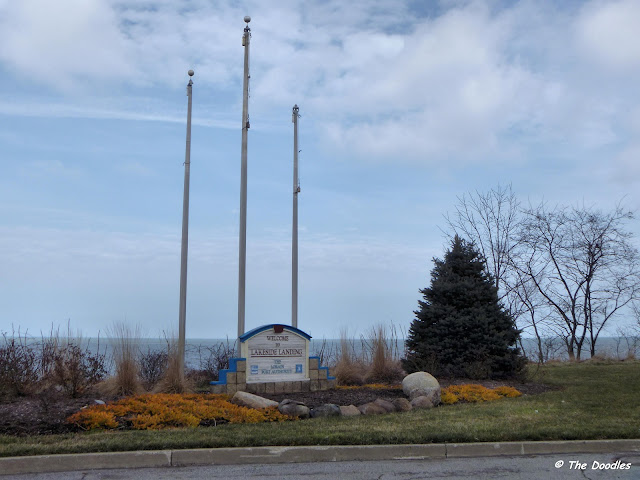 Lakeside Landing at Lorain Harbor...number 6 on the countdown!

All we saw were sitting and pooping birds like the ones below. Whee. 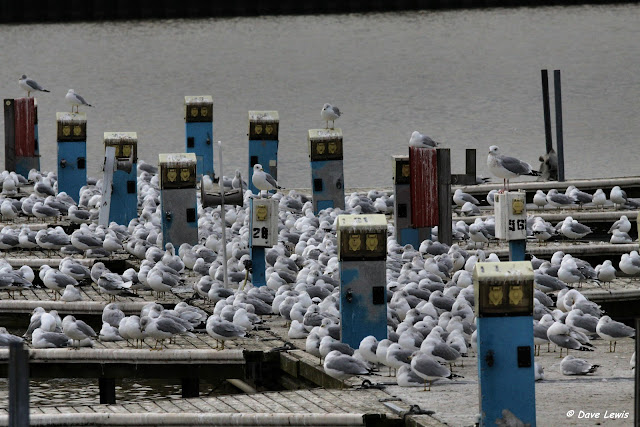 This is the Doodles. She is preparing herself to get pooped on.
She does not like gray and white birds that poop either.
I wonder if her bins are "poo-proof?"


Oh my. This is not a gray and white bird.
It is a black and white bird.
Is that a White-winged Scoter? They've been here before.
Nope.
It has a white belly...probably from sitting in poop.


I think it's a female Bufflehead.
"Hey lady, where's your white cheek patch?!"
I am confused.
At least it's not a gray and white poopy bird.

Here's another black and...uh...black bird.
It's an American Coot.
You can tell he's American by his accent.
They poop in the water. 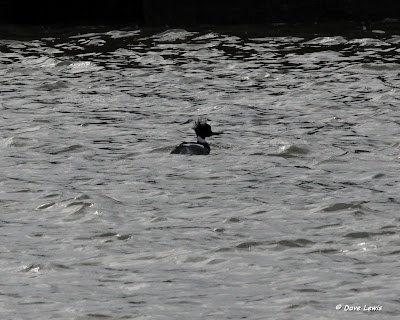 Oh look!
It's a Red-breasted Merganser!
He is displaying an excellent example of "scare hair!"
( Mergansers don't like poop jokes.) 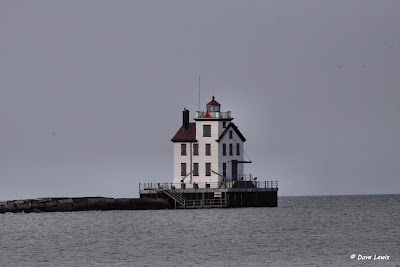 This is the Lorain Lighthouse.
That's not white paint.


I like ducks.
Three American Black Ducks and a Northern Pintail...from behind too!
This is in the impoundment next to the harbor.
The Army Corp of Engineers might fill it in.
They are full of poop.

This is me from behind.
Walking through the goose poop encrusted muck.
I saw ducks out there...and bulldozers.
Bull dozers make me cranky.
I better leave now.
Bye.