Enemy of the Environment... 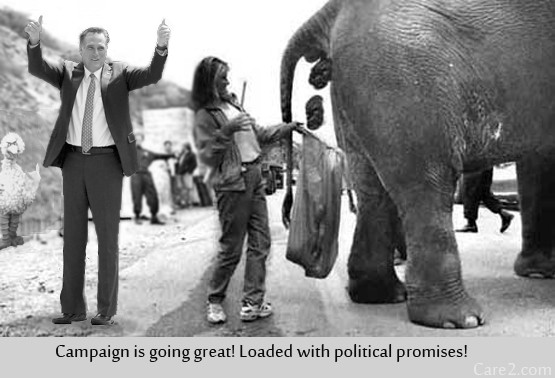 So what if we kill a few birds, we need more profit! Let's get rid of the EPA, we don't need this planet anymore. What a moron.

"MR. ROMNEY: Well, let's look at the president's policies, all right, as opposed to the rhetoric, because we've had four years of policies being played out. And the president's right in terms of the additional oil production, but none of it came on federal land. As a matter of fact, oil production is down 14 percent this year on federal land, and gas production is down 9 percent. Why? Because the president cut in half the number of licenses and permits for drilling on federal lands and in federal waters. So where'd the increase come from? Well, a lot of it came from the Bakken Range in North Dakota. What was his participation there? The administration brought a criminal action against the people drilling up there for oil, this massive new resource we have. And what was the cost? Twenty or 25 birds were killed, and they brought out a migratory bird act to go after them on a criminal basis."
Posted by Dave at 6:47 PM