Why I won't cut down a cherry tree...

I never expected to see a Cape May Warbler in our cherry tree!

I know...a little early for George Washington references...I'm trying to catch up on old photos that I haven't seen since the days I down loaded them. These are from last September and the beginning of fall migration along the shores of Lake Erie.

We've had a lovely blast of lake effect snow over the past few days. I never made it to work Friday because of the lovely white stuff. After an hour and a half of ten miles per hour, about five miles driven and thirty to go, Loopy went home and took a nap. I may not be as stoopid as you think...I think.

Were was I? Oh yeah, cherry trees. We have one. The birds like it. I like it. The Doodles isn't too keen on it. It's very close to the house and rubs when it's windy. I trim it a little when I'm in the mood tho be the handy homeowner kind of guy. But it's gonna stay. Cause the birds told me. And I listen to them.


And now a Black-throated Blue warblything.
We saw them in our gardens most of the late summer and through to autumn.
They may be nesting close by. Cool. 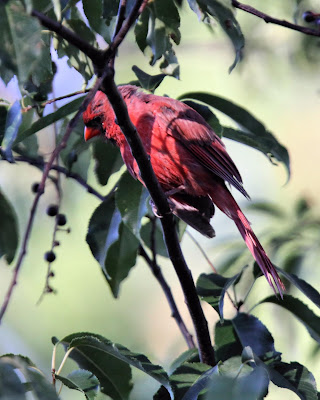 The Northern Cardinals spend lots of time here.
Even in the winter...there's feeders close by! 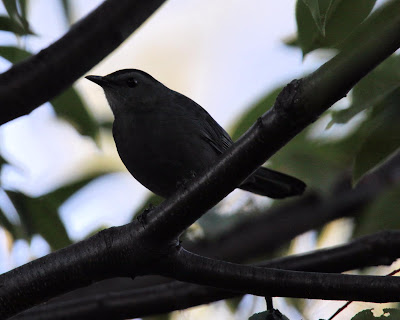 Harry the Gray Catbird and his family visit a lot.
We talk to each other.
The neighbors think I may be odd. 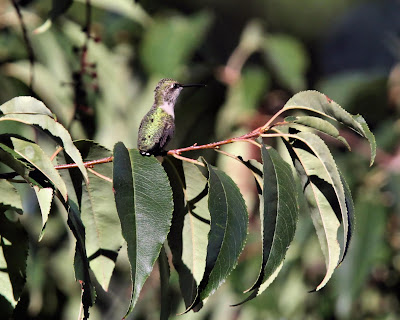 Even the Ruby-throated Hummythings like to bask in the sunshine on the cherry branches. 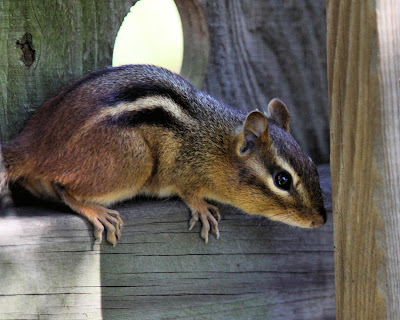 And then there's Bobb.
He takes advantage of that hole in the fence near the tree.
It's sort of his super highway to food and snacks and a quick getaway from me!
"If I stay very still...maybe he won't notice me." 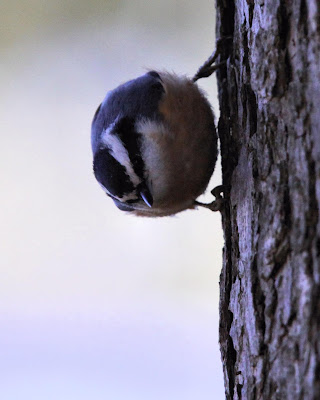 This is a Red-breasted Nuthatch not in the cherry tree.
But he's kinda red like a cherry...close enough...me color blind...and not to bright.


If I didn't scare the bejeebuz out of this Wilson's Warbly, he might have made it to the cherry!