Kenn Kaufman and his buddy Bobb.

There's another new birding themed film on the way! "A Birder's Guide To Everything" is about a 15-year-old birding fanatic, that thinks he's made the discovery of a lifetime. On the eve of his father's remarriage, he escapes on an epic road trip with his best friends to solidify their place in birding history. Along with the young actors and Sir Ben Kingsley, Kenn Kaufman will be among the extras somewhere in the film. If you check out the films blog, here, there's a post about Kenn on the films location.

I'm sure everyone has seen "The Big Year" by now...at least if you're a birder. The character Jack Black portrayed was based on Ohio birder Greg Miller. He also managed to appear in the film in the boat seen. Look quickly for him wearing an Ohio State ball cap...and check out his great blog.


The Doodles with Greg and some other goof ball...


The happy Doodles preparing to see "The Big Year." 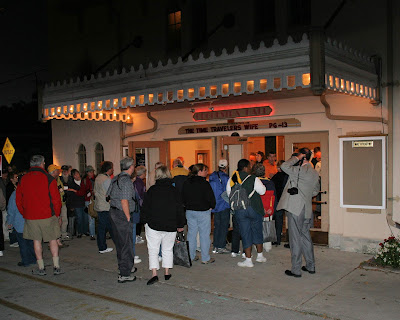 The screening of "Opposable Chums" during the Midwest Birding Symposium at Lakeside.

Here's another birding film you may not be aware of..."Opposable Chums, Guts & Glory at the World Series of Birding."  Kenn is also featured in this along with Pete Dunne, who said "...the best film I've ever seen about birding." I think he just enjoyed seeing himself on the big screen!

If you've every wondered about the craziness involved in that contest, this is a definite must see. 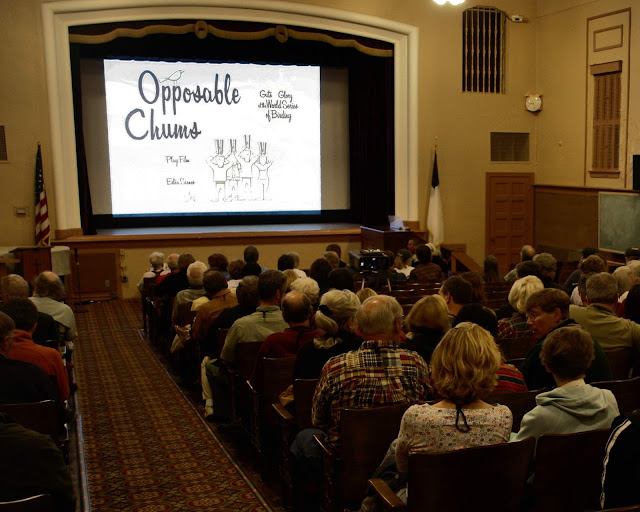 On the big screen!...speaking of Lakeside and the Midwest Birding Symposium...another is coming up September 19th through the 22nd! Check out the ads in your copy of Bird Watcher's Digest for more info and a very scary photo!

There's quite a few films out there...besides Alfred Hitchcock's "The Birds." You can also find "Pale Male" about the Red-tailed Hawks of Central Park in New York City, "Winged Migration" a fantastic documentary about bird migrations all over the world and of course, David Attenborough's "The Life of Birds." That has to be my most favorite documentary of all time.

Stock up and prepare for next winter...it will be back before you know it!
Posted by Dave at 3:13 PM