I just received a new and gorgeous book from Princeton University Press, "The World's Rarest Birds" by Erik Hirschfeld, Andy Swash and Robert Still. This book started with an international photo competition to assemble a directory of critically endangered and endangered birds of the world. After two competitions were held, this book was ready for the press. Since many of these threatened birds have never been photographed and may indeed be extinct, Polish artist Tomasz Cofta has illustrated them. Some of the photos are the only known photos of these birds and the shots are amazing to see.

The details and facts listed are astounding, from the regional directories and maps to the appendix of extinct species and the globally threatened bird families. Every page is covered with wonderful photos of these rare birds thanks to all of the dedicated photographers and there love of nature. 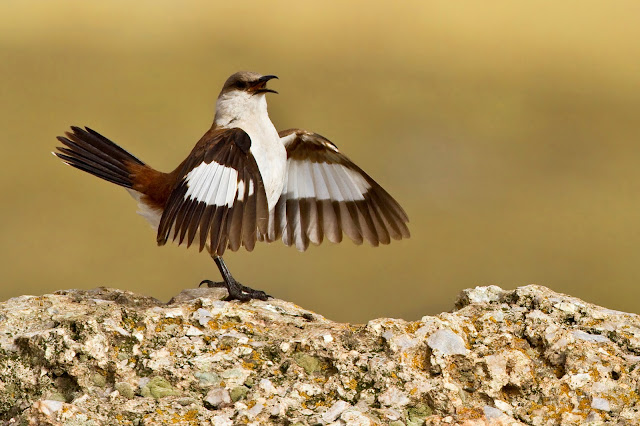 The information is very detailed and easy to read.

The threats birds face are mostly due to humans and their need for more of everything not matter the cost. Number 1 is agriculture, number 2 is logging and number 3 is invasive species such as dogs and cats. Hawaii once had over 100 endemic species, now over one half are extinct.

Contained within the regional directories section are these lists of species broken down by country, with range maps and life details.
The QR codes can be read with free programs such as "Neoreader" on your your smartphone. That will bring up even more information from BirdLife International. 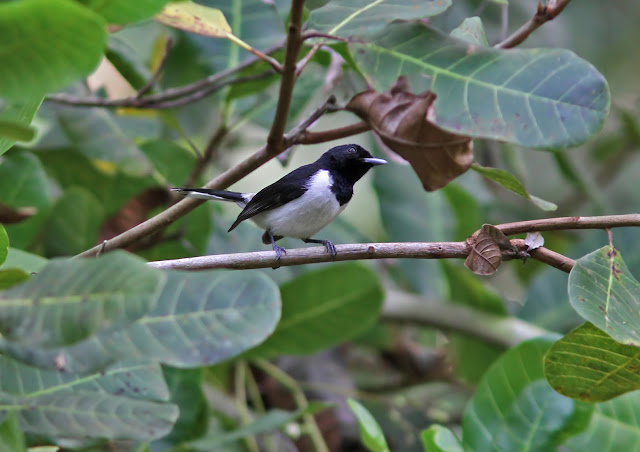 White-tipped Monarch by Denzil Morgan, Commended Endangered Category.
This bird occupies an area less than 200 square km on the island of Tanahjampea in the Flores Sea.

Not everything in this book is doom and gloom, there are a few bright facts, 7 species were removed from the lists last year. But this book really shows that we all need to do more to save these feathers miracles and to share the wonder of birding with more people.
Posted by Dave at 2:53 PM