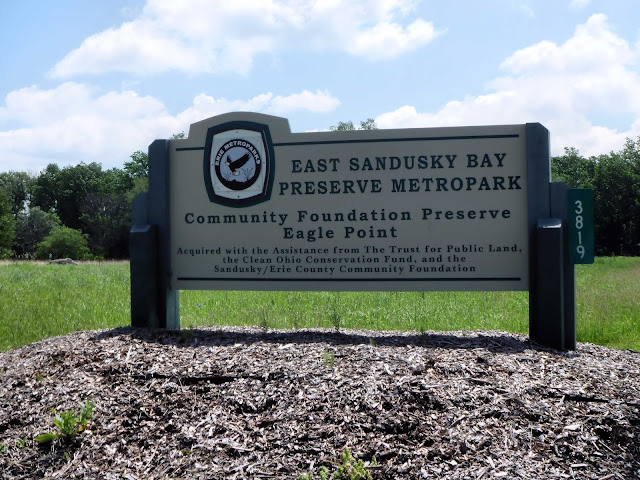 Guess where we went?
Oh, you'll never get it!
East Sandusky Bay...duh.

Yes, the Longest Twitch continues. I'll bet you thought I forgot about it...or maybe you hoped. Well, my eleven loyal listeners, I didn't forget and you shall be regaled with the delightful story of a fine spring day walking and birding along the shores of the great Lake Erie...and the Lake Erie Birding Trail. East Sandusky Bay covers a large swath along the shore line and inland a bit, creeks, wetlands and woods...and mud after the rains...nice squishy mud.

Actually, I don't have much of a story to tell, let alone a delightful one. You should know better! The Doodles got out the maps and, once again, told me where to go. And I went. And then, there we were. The place that we went that is, there. And so it went...for hours on end...going and wenting left and right. Seeing the birds that were to be seen and also the insects that were seen to be out letting themselves be seen. Delightful, eh what? Indeed. Look at the photos. There may be a delightful one in there somewhere. Or not. You decide. Let your friends know what you decide and then have them look and let them decide as well. More deciders would be good.

I will stop talking now. You're welcome. 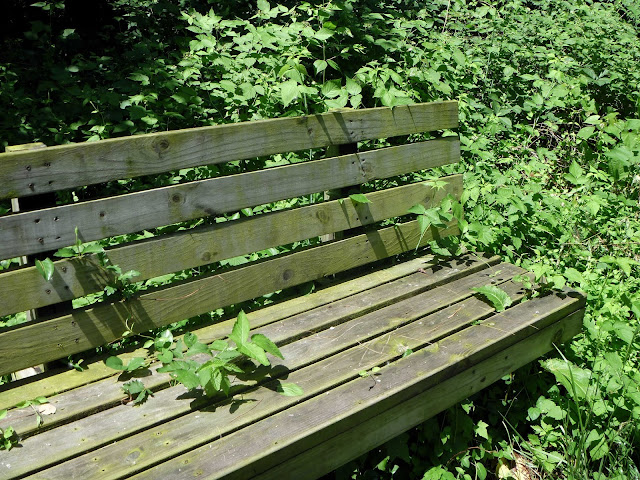 The Doodles only gave them a "2 Bench" rating.
They have benches, but do you really want to sit there? 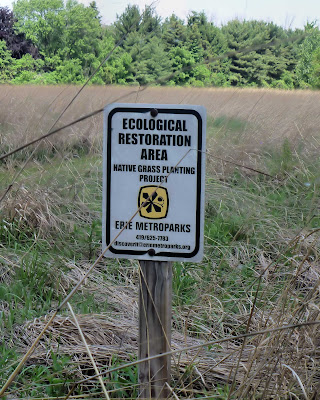 It's nice to see that the park system in Erie County really cares about habitat!


He's not happy that I told his secret...
Get over it.


Juvenal Bald Eagles...the one on the right is not happy that his sibling has breakfast.
This was along the Cedar Point causeway...we saw 5 soaring over this wetland!


Baltimore Oriole smelling his armpits after a long hot flight in.
I don't make this stuff up.
Look in Kenn Kaufman's "Lives of North American Birds."
Page 676.


This is a safer bench for sitting.
You can also watch birds from this bench.
Or eat lunch...if you remembered to bring it. 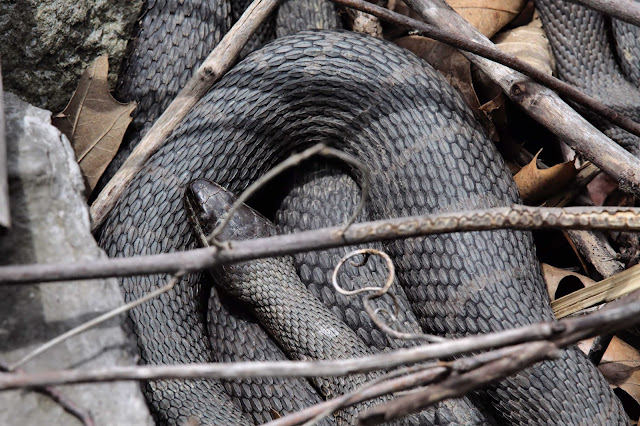 This Black Rat snake was not under the bench.
He was cozy and warm in the rocks along the marsh at Old Woman's Creek.
Also part of the Lake Erie Birding Trail and minutes from East Sandusky Bay.
Did you go to the link?
Why not?
Go.
Now.
I'll wait. 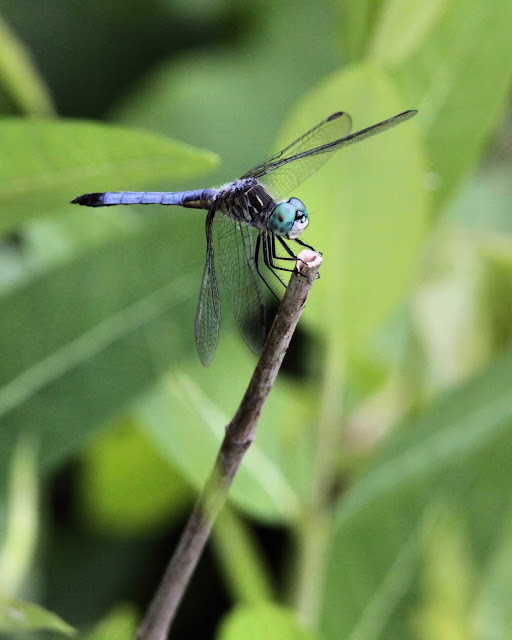 It's a soft, fuzzy Bumbley Bee!
And someone else trying to sneak into the pic.
Don't you hate when that happens?

Wow.
A common Whitetail dragonfly.
Ya know how they got that name?
Yep. 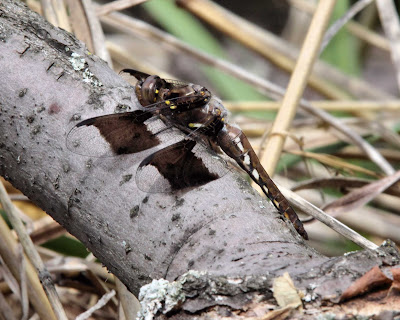 This is Common Whitetail Junior.
One day he'll grow up to be just like dad...
Or get eaten by a bird. 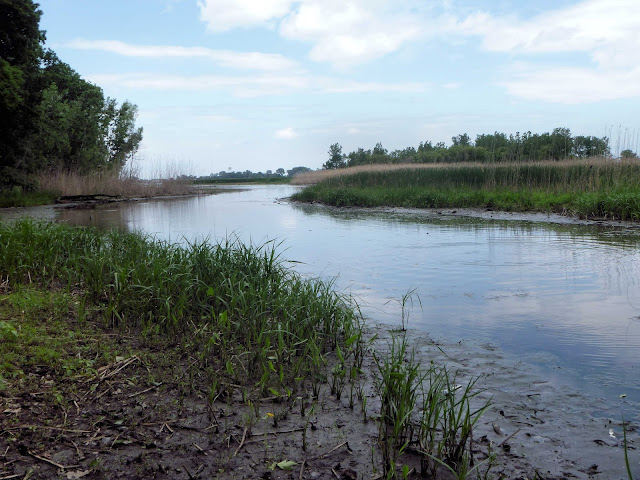 Hey look!
It's watery water near the lake that's eerie!

Hey! Wait a second...those fish are up to something fishy in that water!
Eew...don't drink that water! 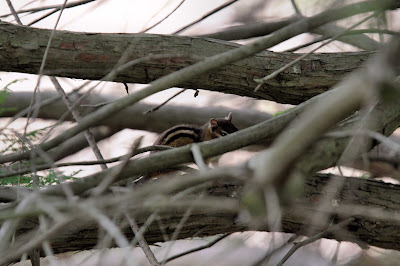 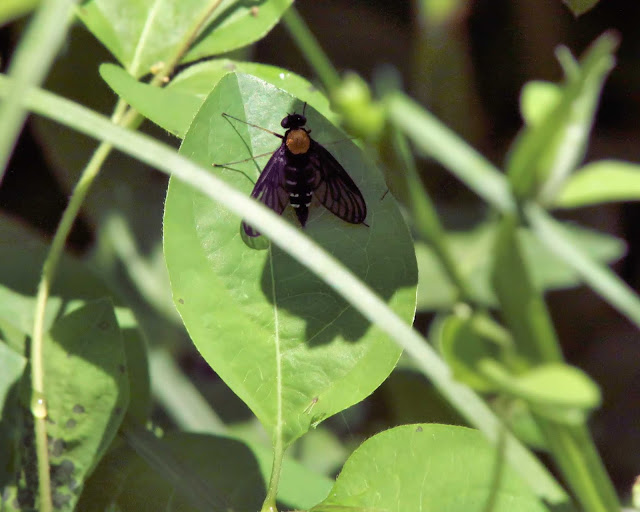 I hope you're sitting down for this one...
It's a Golden-backed Snipe Fly.
No...not Super Fly, SNIPE FLY!
You kids... 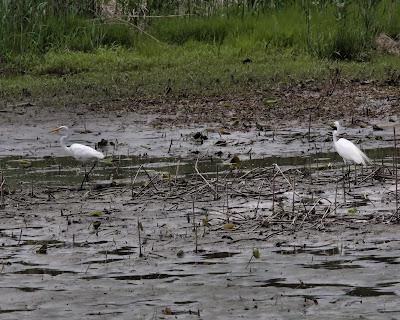 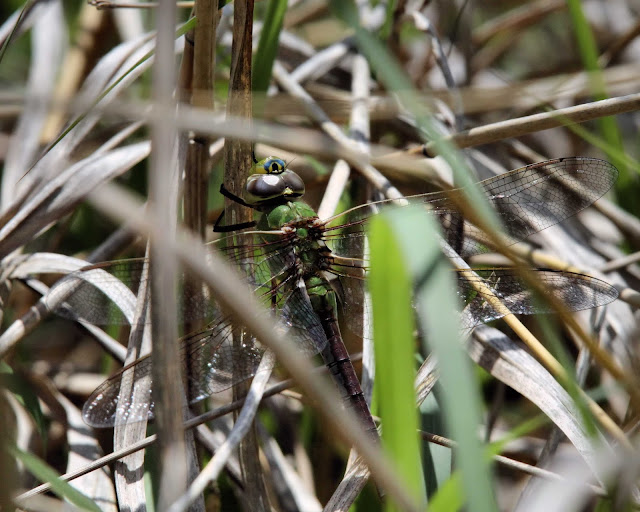 Green Darner dragonfly.
I have no darn jokes for this one...ha!
Get it?
I snuck that one in... 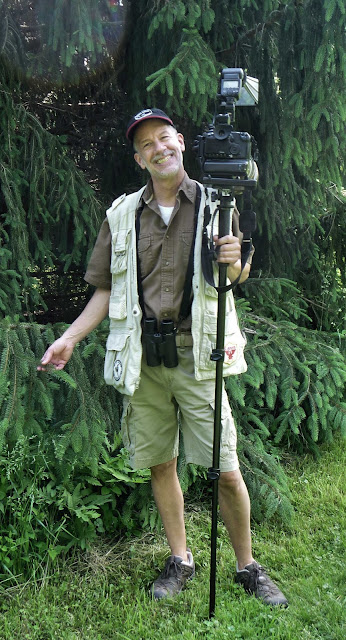 I am one wacky dude.

Mallards...prounced "Mahlahrd."
Ask anyone from the U.K.
Oh, and a Midland Painted Turtle.
They get angry if I don't mention them once in a while.
They have internet in their shells and look at my blog.
I have more turtle followers than humans.
I wonder why? 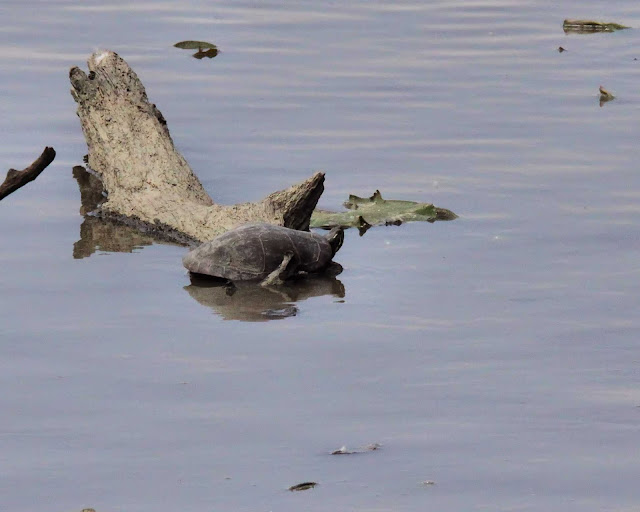 He's smiling, hard to tell at this angle, but he is definitely smiling. 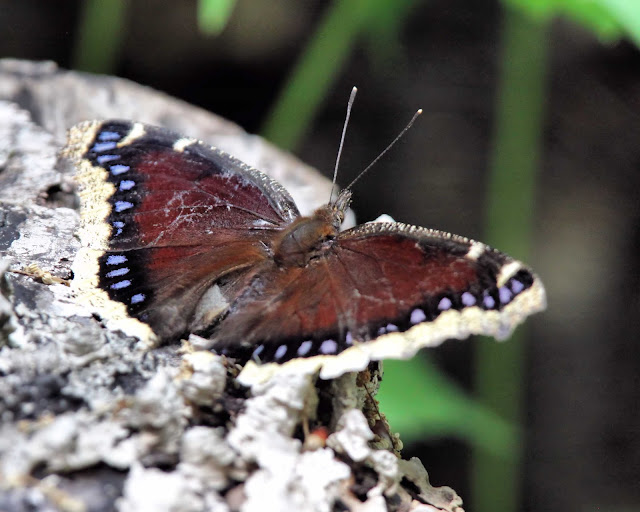 Did you know...they winter over up here?
Crazy, huh?
Another fun fact to share with friends and family. 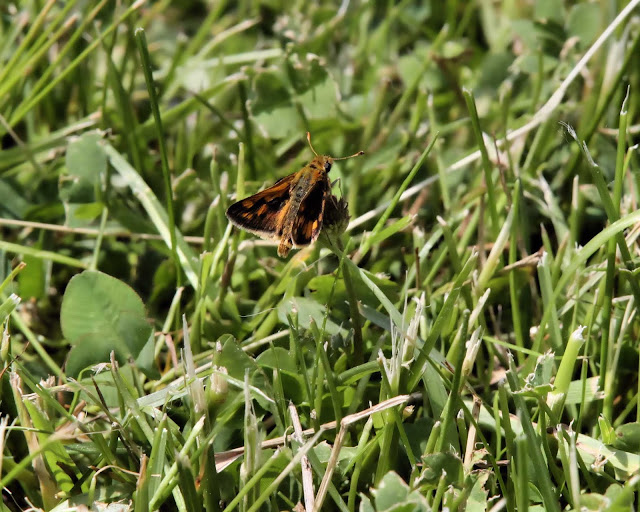 Peck's Skipper.
I watched him for fifteen minutes.
He never skipped.
Another bad bug name.
Are you still there?
Hello? 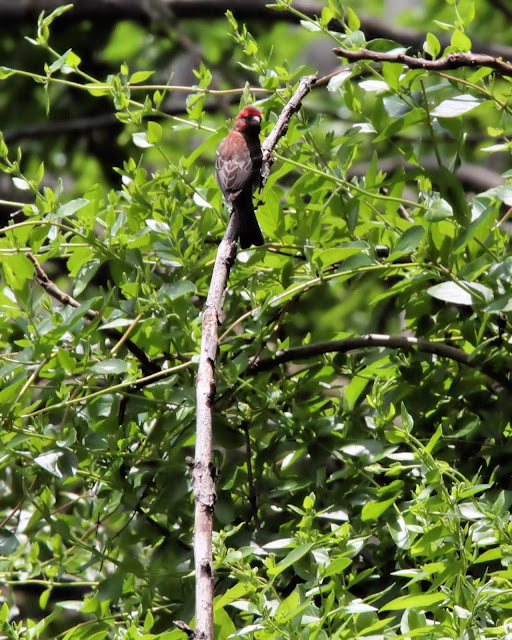 This may be a Purple Finch.
Or it may be a House FInch.
What do I know, I'm color blind...and not to bright either. 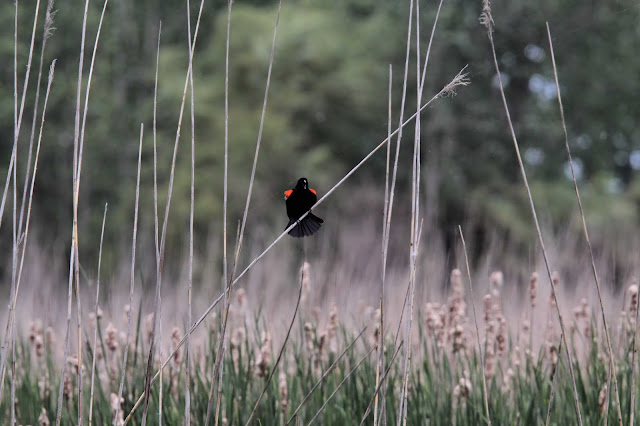 The Red-winged Blackbirds laugh at my jokes.
At least I think he's laughing... 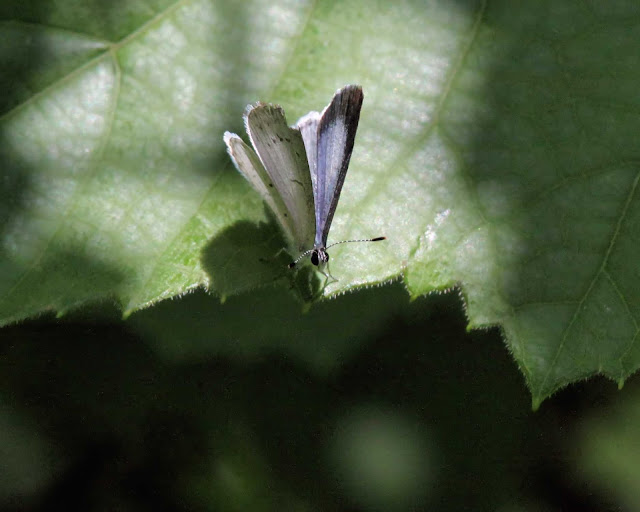 Seeing that we went on this adventure in the late spring...
this would be a SPRING Azure.
Clever Loopy....very clever. 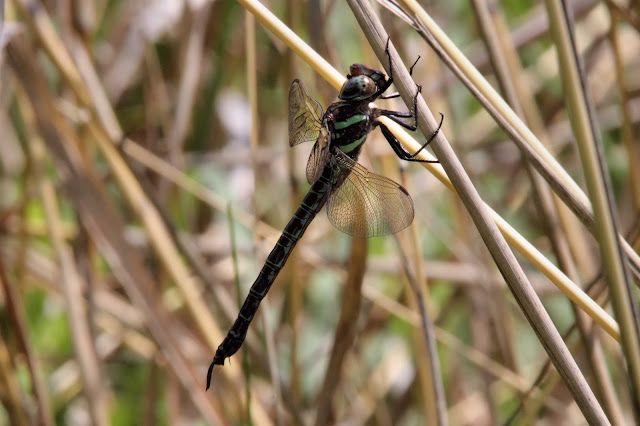 Lifer dragonfly!
Swamp Darner female.
(If I'm wrong, at least I got a cool photo.)

The Doodles out in the wilds of Ohio.
Amazing that she hasn't tried to lose me in the swamp, isn't it?
I think she's planning something nefarious.
Look at that look in her eyes.
I'm in deep doodoo... 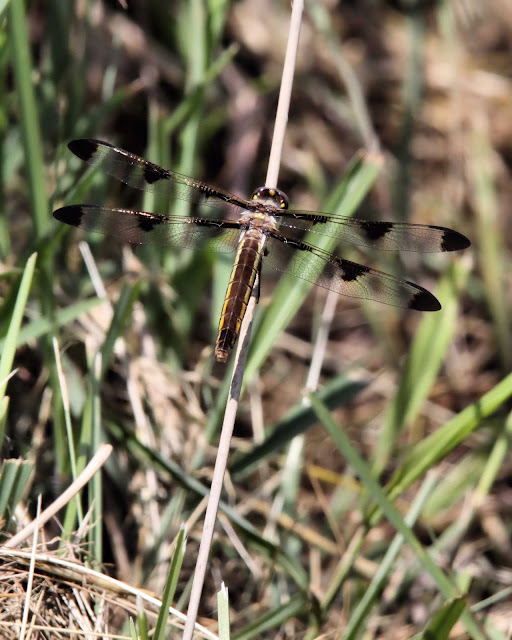 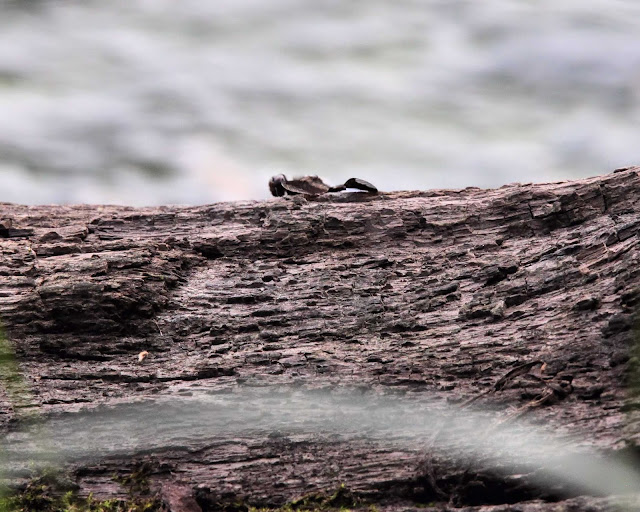 Have you ever taken a photo and not known why?
This is one of those.
What the heck is that?! 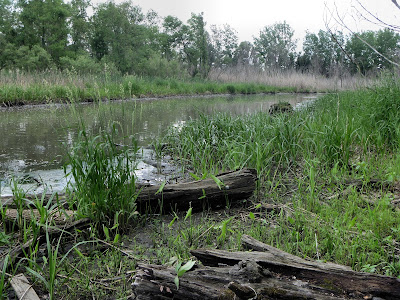 More happy wet water.
There seems to be a lot of that around the lake.
Must be why they call them "wetland."
I'm a super genius. 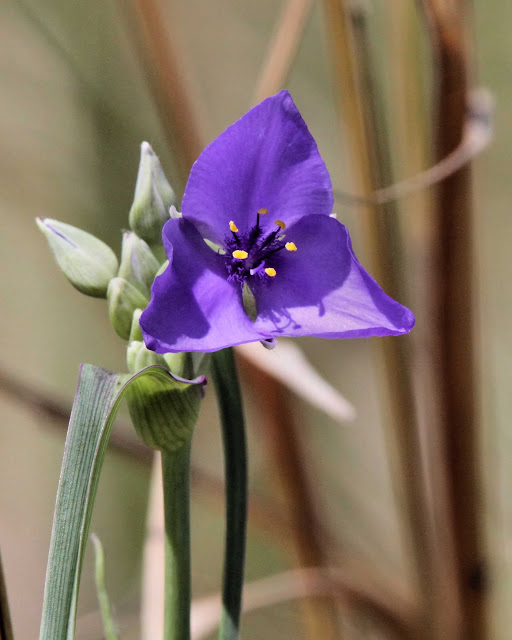 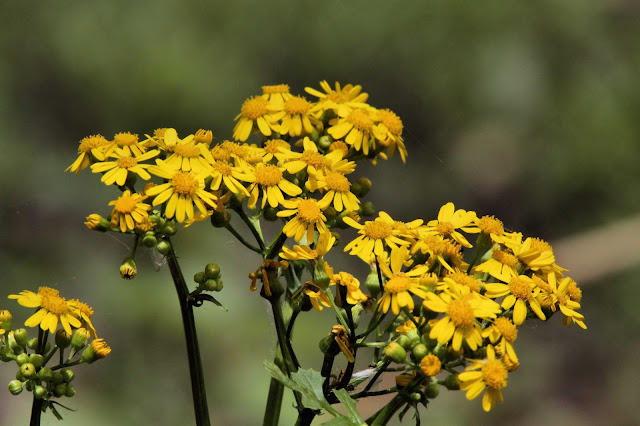 A bunch of pretty flowers.
In a different color.
You can't learn this stuff on anybody else's blog!

Even the birds are flying away from me!
I better go now.
Thanks for stopping by and putting up with this.