Another Lake Erie Rarity...but for how long?

It's been a record year for rare migrants visiting the shores of the great Lake Erie, such as this Harlequin Duck preparing to dive at Huntington Beach right here in Bay Village.

We're lucky to live along the shores of Lake Erie. This area is one of the main spring and fall migration routes for my warbly buddies among the hundreds of others that fly down from the great white north to South and Central America. This is the first land they see and these green spaces offer a needed rest stop with food and shelter.

I have tried to keep myself from ranting lately...but...this is a very important issue. We are seeing more and more wind turbines being erected along the lake front without proper research being done to protect all of these migrating species. One "expert bird consultant" stated that birds migrant at high altitudes and the wind turbines won't be an issue. He failed to mention that birds need to land here to feed and rest and don't drop straight down out of the sky like rocks past the turbines.

I'm sure you've read reports of eagles and other raptors being sliced and diced in wind farms in the western United States and Britain. A number of them have been shut down and a few shut down just during migration. Planning ahead will solve a number of issues. Saving migrating species as well as saving energy for the future is a good thing.

Please click HERE to sign a petition sponsored by our god friends at the Black Swamp Bird Observatory.


He wasn't willing to come in close, butt, he did present me with a nice shot from behind!


As you can see from these Red-breasted Mergansers, not all species migrate at high altitudes.
We get thousands upon thousands of mergansers passing through. 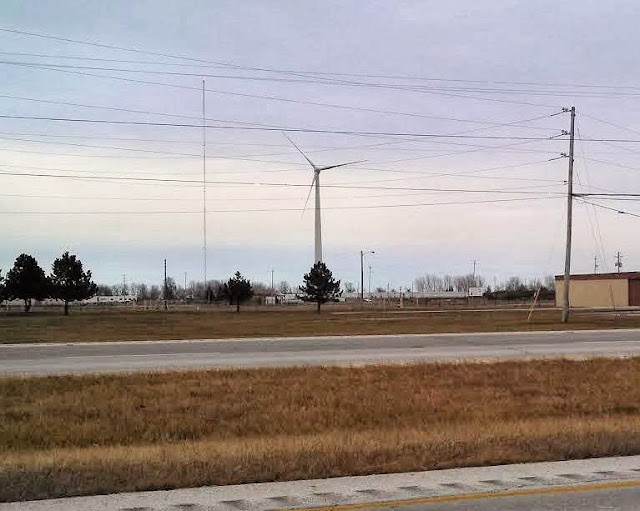 This wind turbine was constructed within minutes of Magee Marsh and Ottawa National Wildlife Refuge...no special permits or regulations need to be followed.


I hope this won't be the last of the rarities to migrate through here...
Posted by Dave at 12:38 PM