Just a wee bit of the white fluffy stuff...

So...as you may remember, we have an evil dictator of a Northern Mockingbird that has taken up residence in our humble, but crazy gardens. All of the feeders behind our home are his. Period. No exceptions...except for the Red-bellied Woodpecker because his beak is bigger. Remember what Teddy Roosevelt said, "Fly softly and carry a big beak!" Or something like that...never was good at history...anyway..."The King" as The Doodles hath dubbed him, also decided the front feeders are also now part of his territory. Argh...#@#&@^! bird...

Well, Sunday morning the strangest thing occurred. And no, it wasn't the plethora of puffy whiteness. Our back feeders and trees were absolutely packed with our friends of the feathery sort! Dozens of sparrows, house, white-throated and song, Juncos of the dark-eyedness, a clergy of Cardinals, Blue Jays that were happy and no longer blue and more. Could it be? A Coup D'etat? The King dethroned?
Let us rejoice in a feast of seedy goodness! Yea verily! 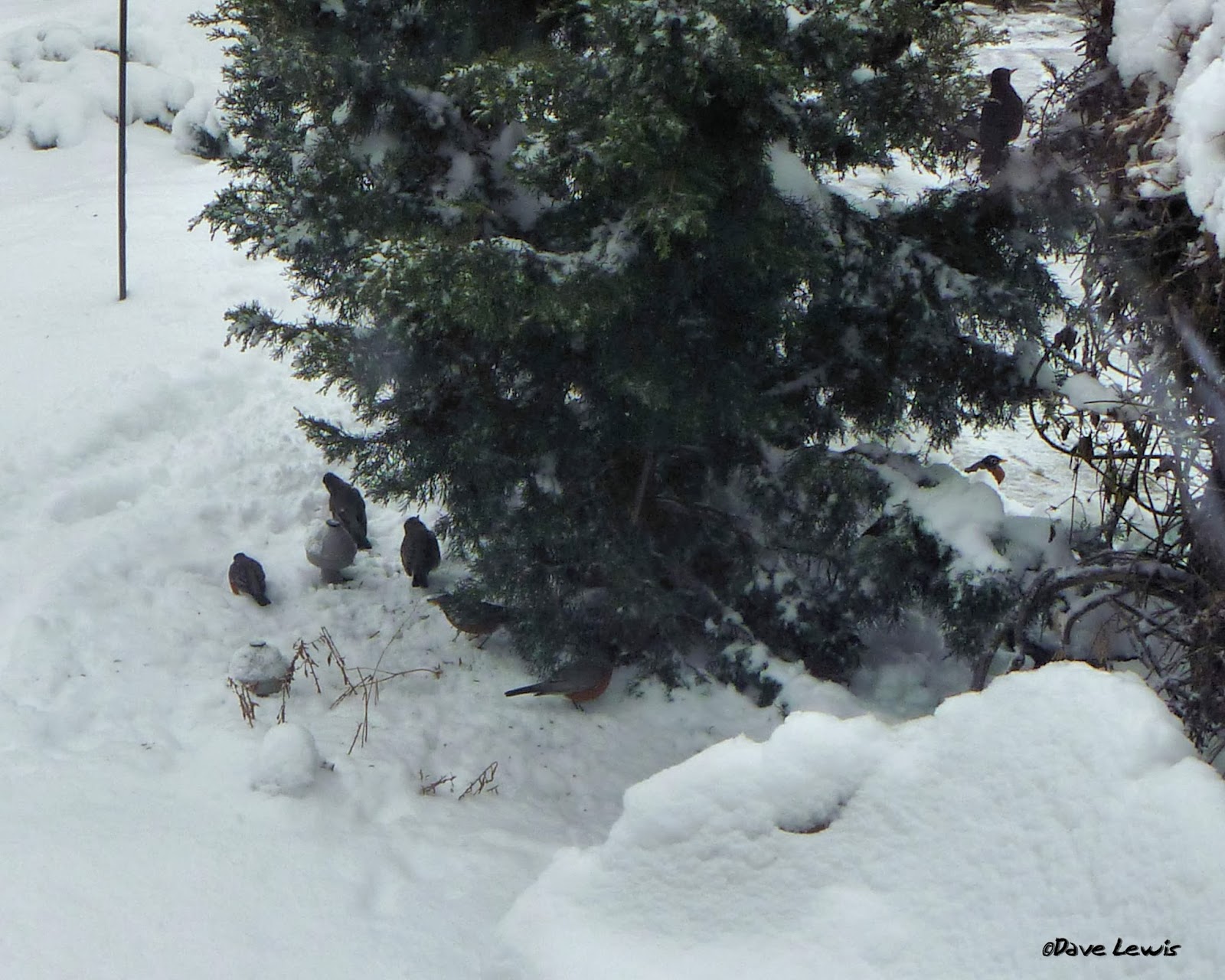 Our wee little Juniper was overwhelmed with American Robins!


Enjoying a little heat from our roof vents,
I think the Robins realized they were not a sign of spring today!


I'm going to hire him next Christmas to be The Doodles tree topper...


There was quite a line to get to those delightful berries. 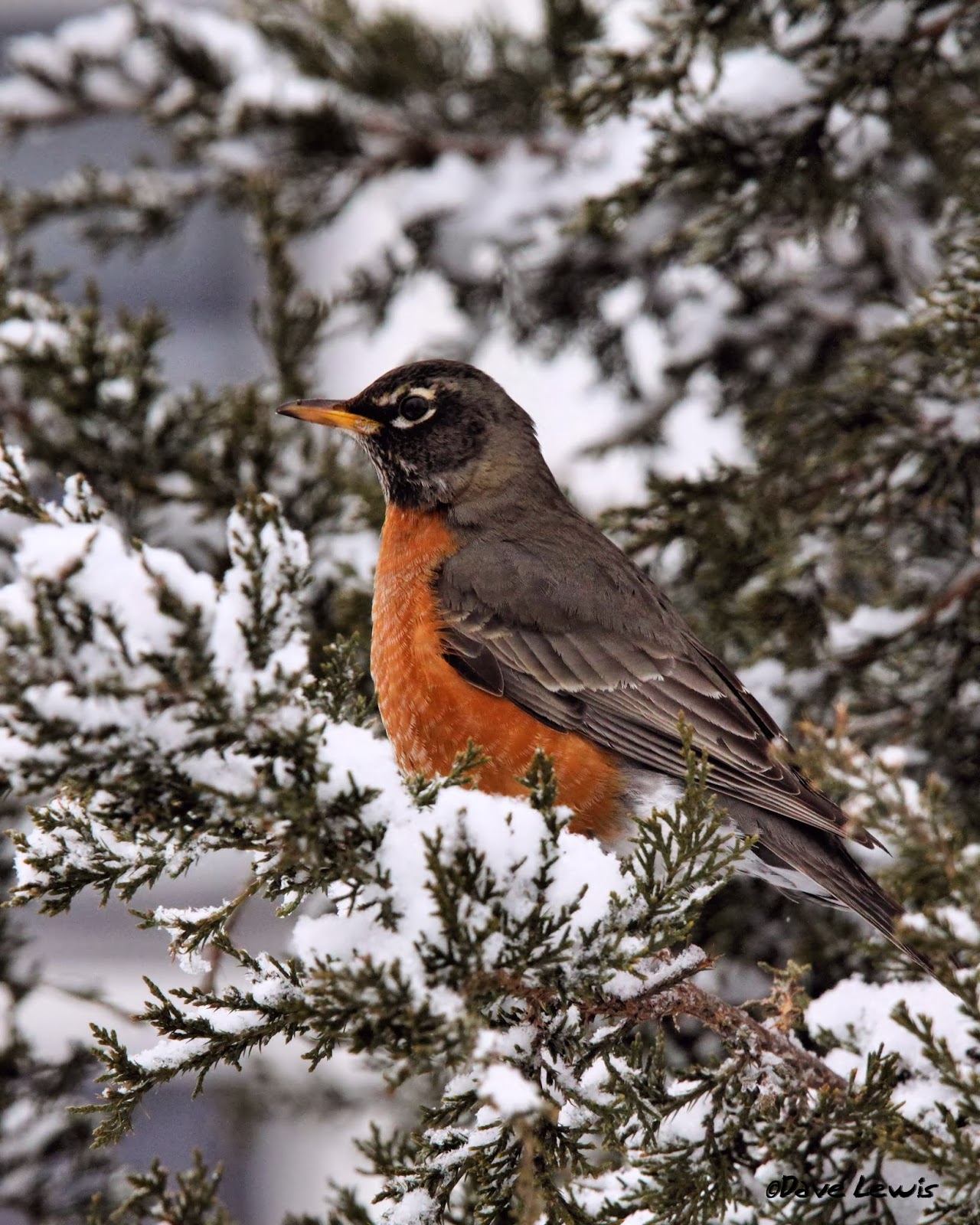 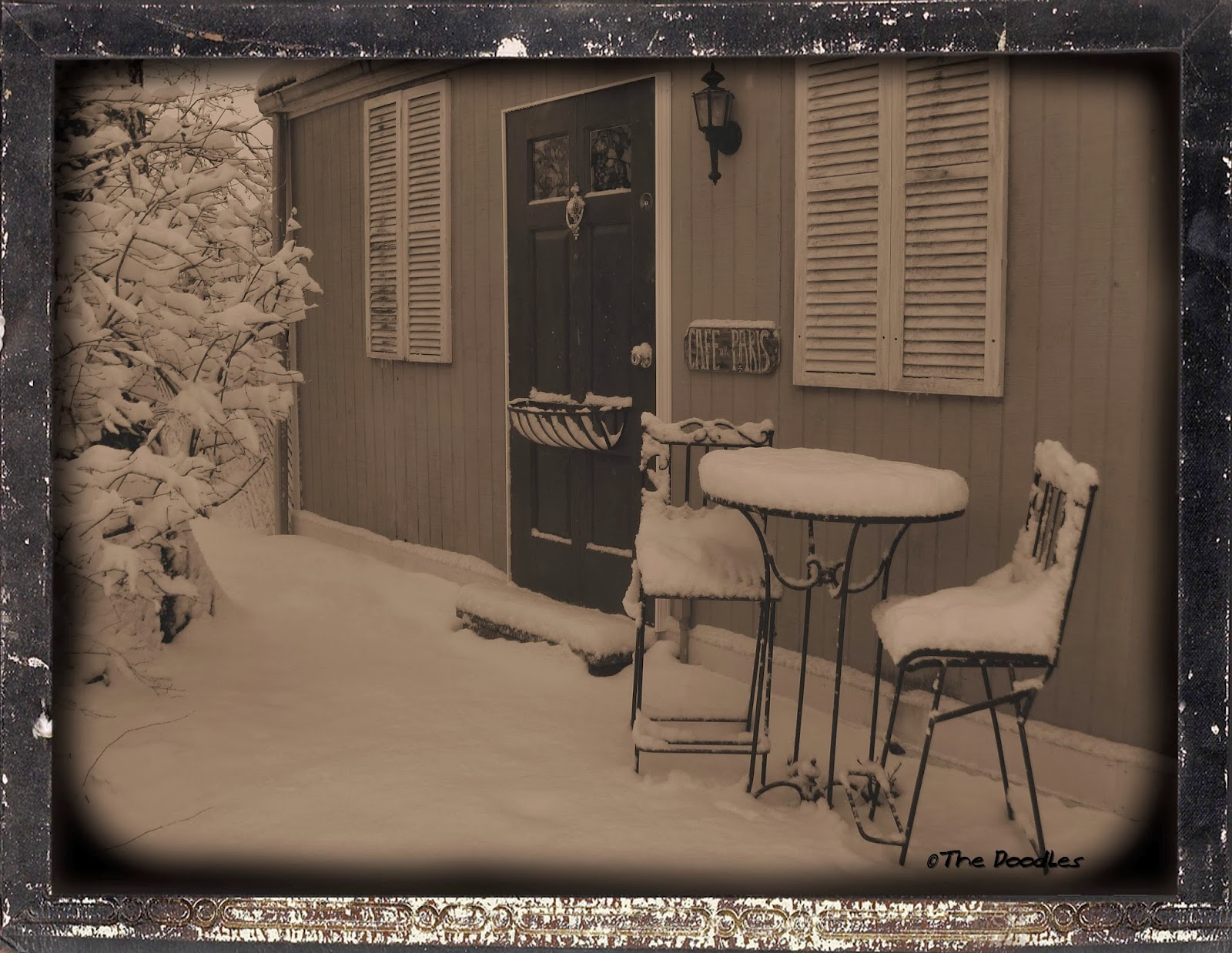 I think our Cafe de Paris will have to wait for guests a tad longer... 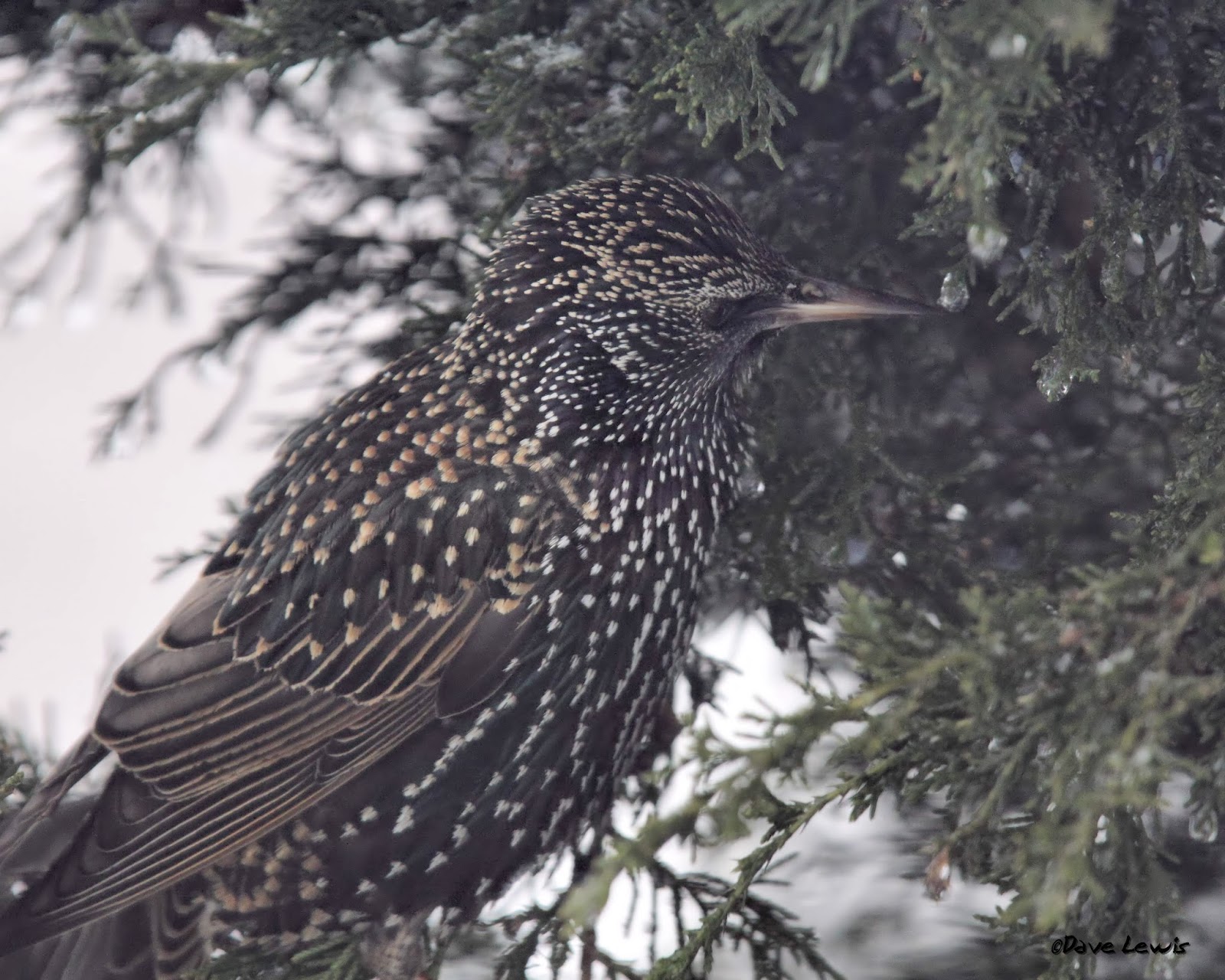 Hard to believe, but I even welcomed the European Starlings into the gardens.
Maybe the Cooper's Hawk will also pay a visit? 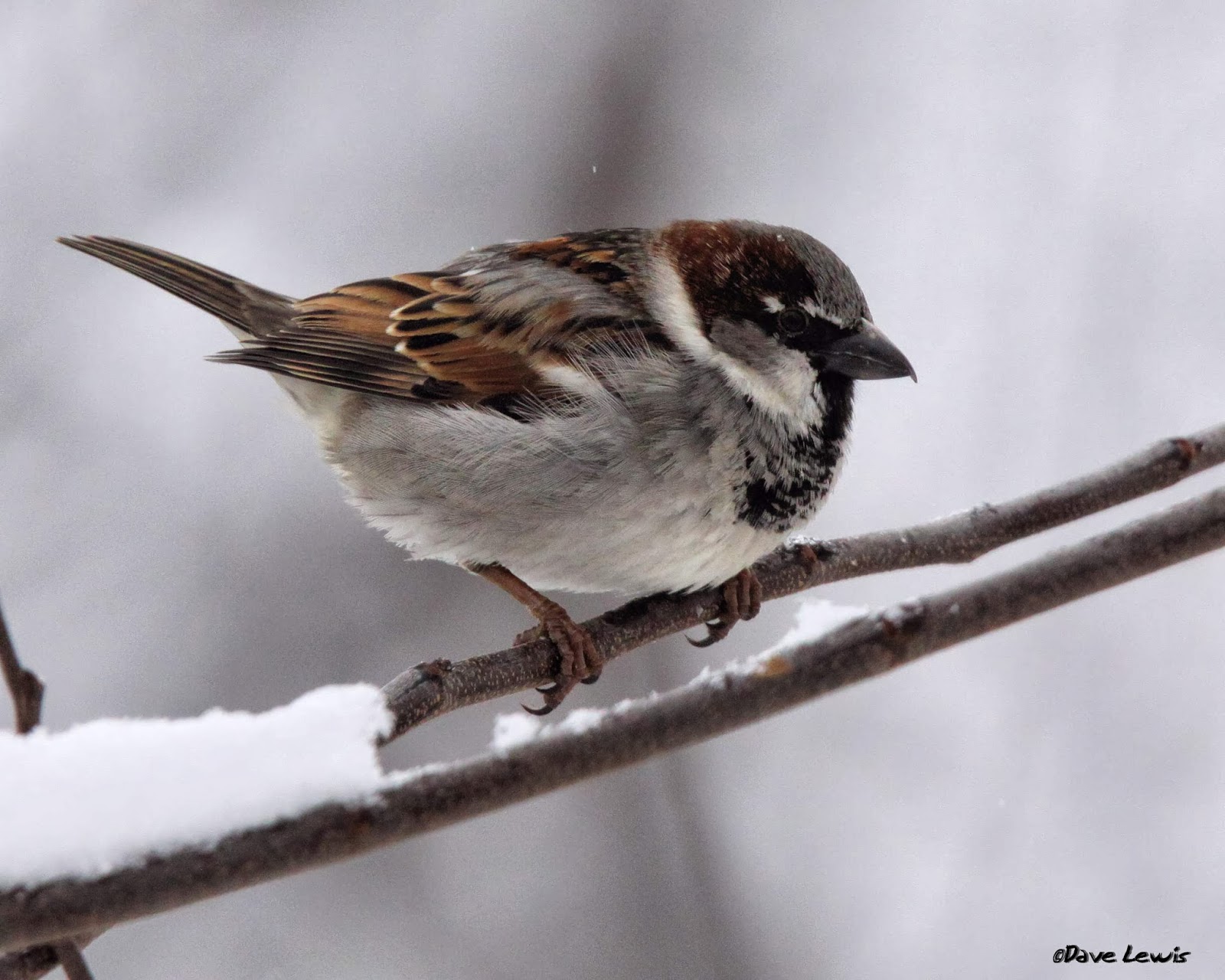 Unlike our British friends, we have dozens and dozens of House Sparrows feasting in the gardens. 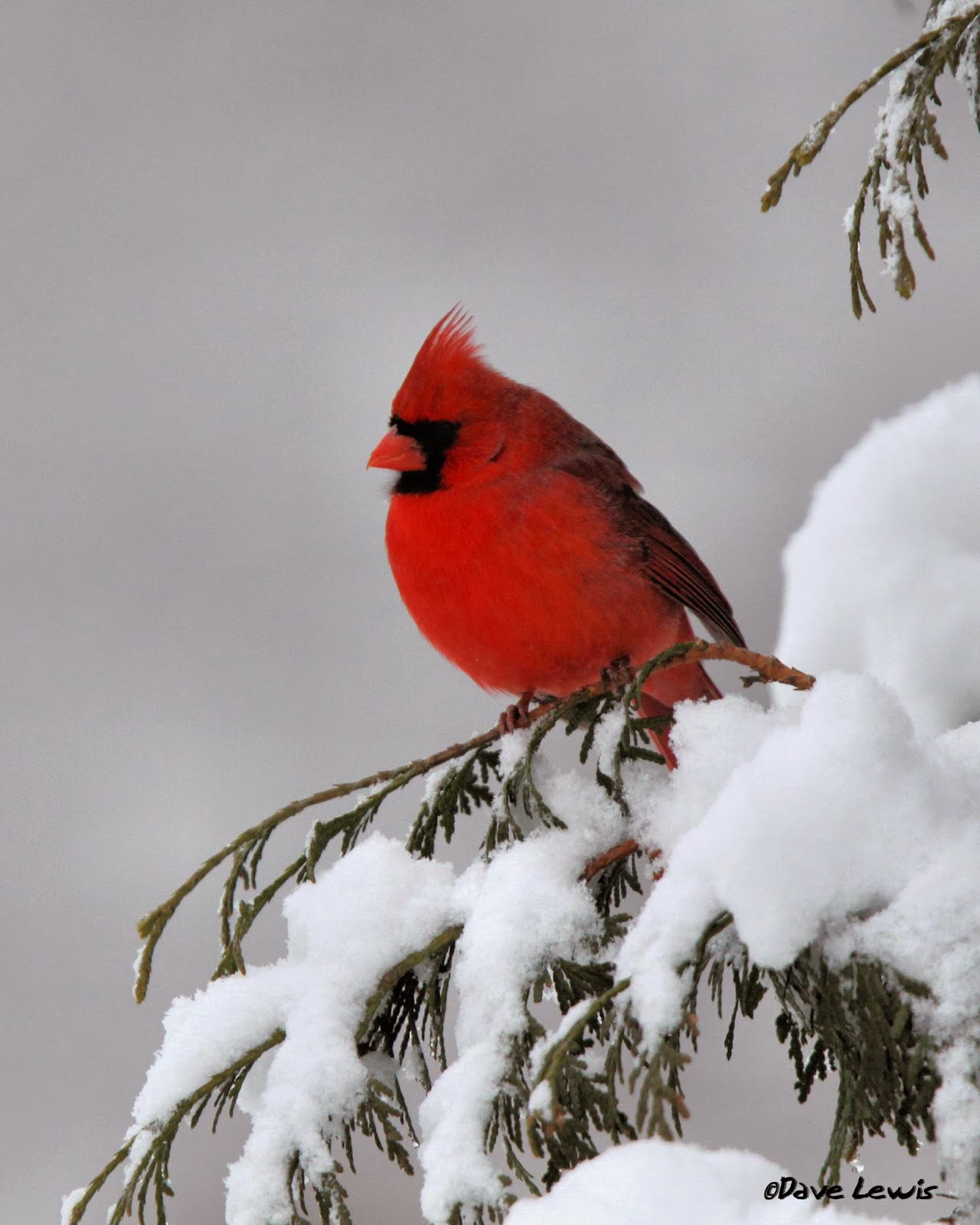 We counted eight Northern Cardinals...and they were all getting along...for now.


The bravest of the brave. The only bird strong enough to stand up the tyrant called the King!
Our hero, Sir Red-belly of Woodpeckery
Not to be confused with Gregory Peckery.


The White-throated Sparrows were very shy and hid in the trumpet vines.


Meanwhile, during the storm..one eats while one can.


"I am watching you all!"
Mwahaha!


Nuts.
(Ha, that's kind of a pun there!)
The King returned to his throne...the peanut feeder...
much to the chagrin of peasants of the gardens...


*On a side note...
Princeton Press has a new birding app coming out soon. Something that will be great for folks like myself that don't have a memory for bird songs...if you have a moment, please take this survey.