A Long Winter Along the Lake...

*Caution: There is one graphic image in this post... 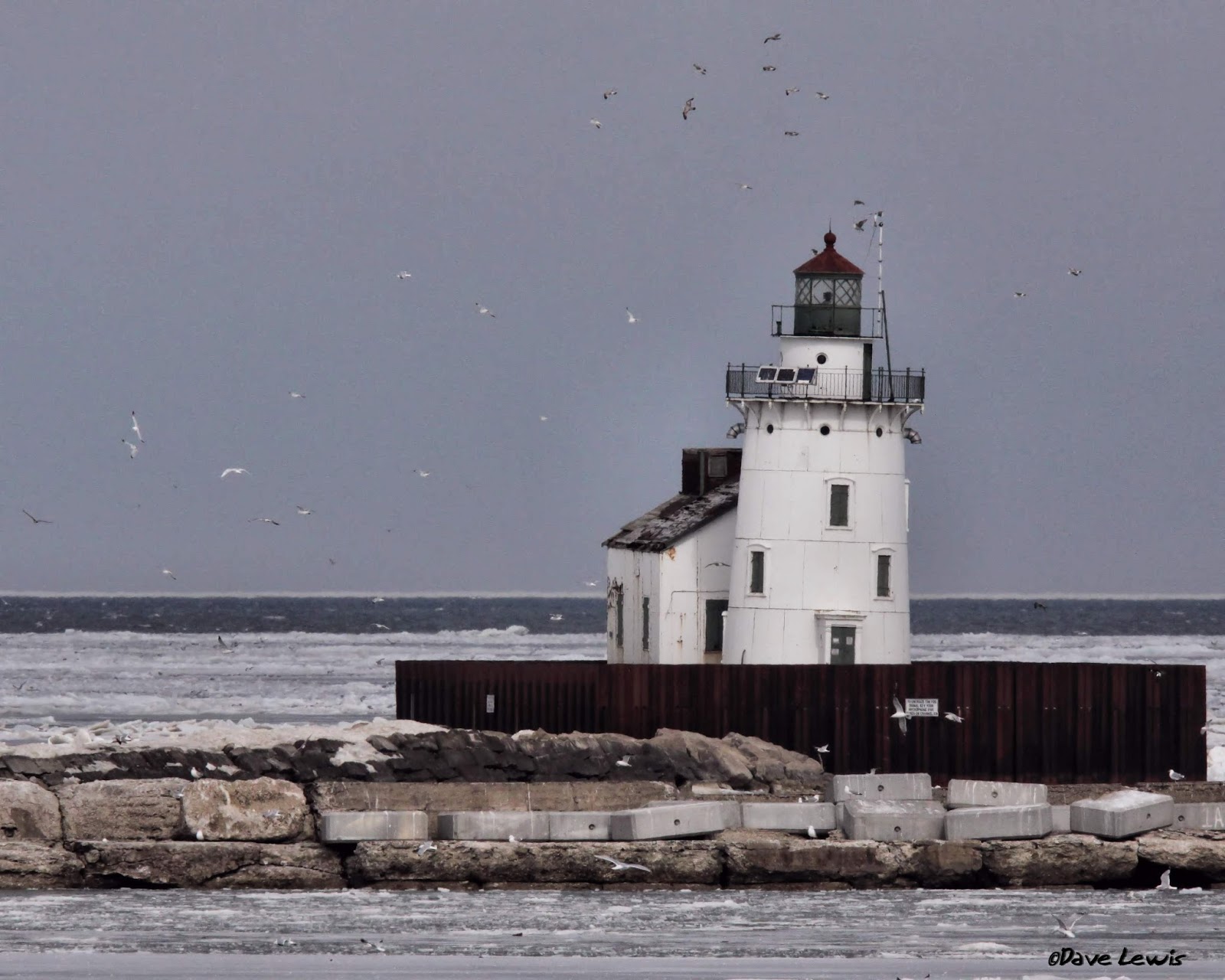 Winter, like the ice on Lake Erie, just won't go away.

Like most of the Midwest, winter is still putting up a good fight with spring. We had one day in the sixties, followed the next day with a severe storm and temps diving back to zero. I don't like it when we're having "nothing" for a temperature. It's just not right.

This has been an especially bad winter for waterfowl trying to survive on the Great Lakes. With most of the lakes still frozen over, some for the first time in years, these birds are having a tough time. With so little open water, there's little to eat and birds like mergansers and grebes, no where to land and take off.

The Doodles was out with Mother Doodles for the day, SO I decided to brave the icy winds and see what I could see on the lake front near downtown Cleveland. I ended up at Wendy Park on Whiskey Island, part of the Lake Erie Birding Trail. There was a breezy breeze blowing strong off the ice covered lake. I don't know how those crazy birds can sit in that water! I also don't understand how those gull watchers can stand there with their scopes, going through each of the thousands of gulls, one at a time, hoping for an Iceland or Glaucous in that crowd. I think I'll walk towards the mouth of the Cuyahoga River where the wind is less wicked... 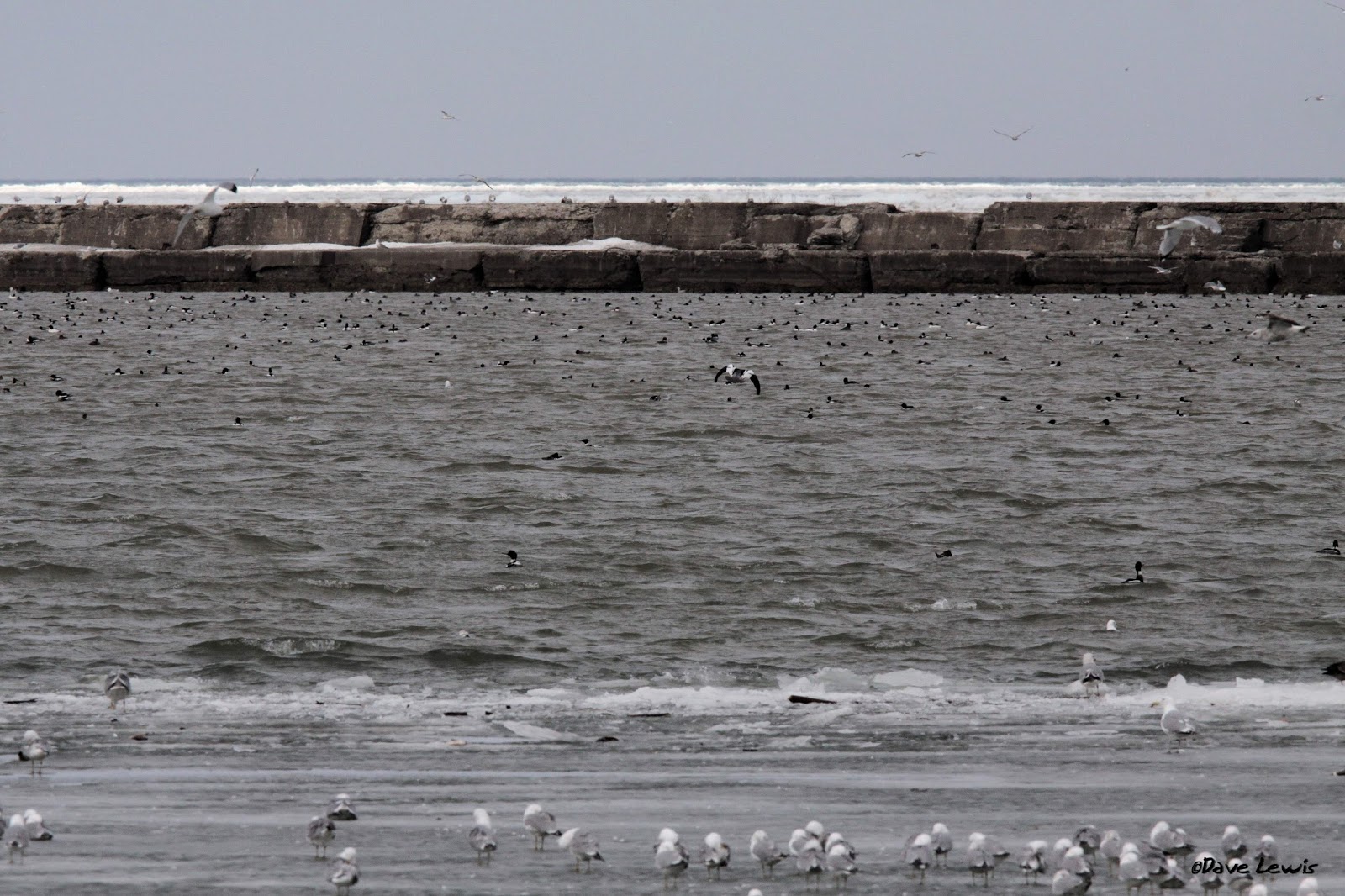 Yep. Them are ducks. And Gulls. Yep.


Okay, this is what I want you to do...take off your clothes and sit in the lake.
I dare you.
You can tape a few feathers to your nether regions if you think it will help.
Brrr.
(By the way, those are Common and Red-breasted Mergansers, Lesser Scaup and Redheads.)
No, not those kind of redheads... 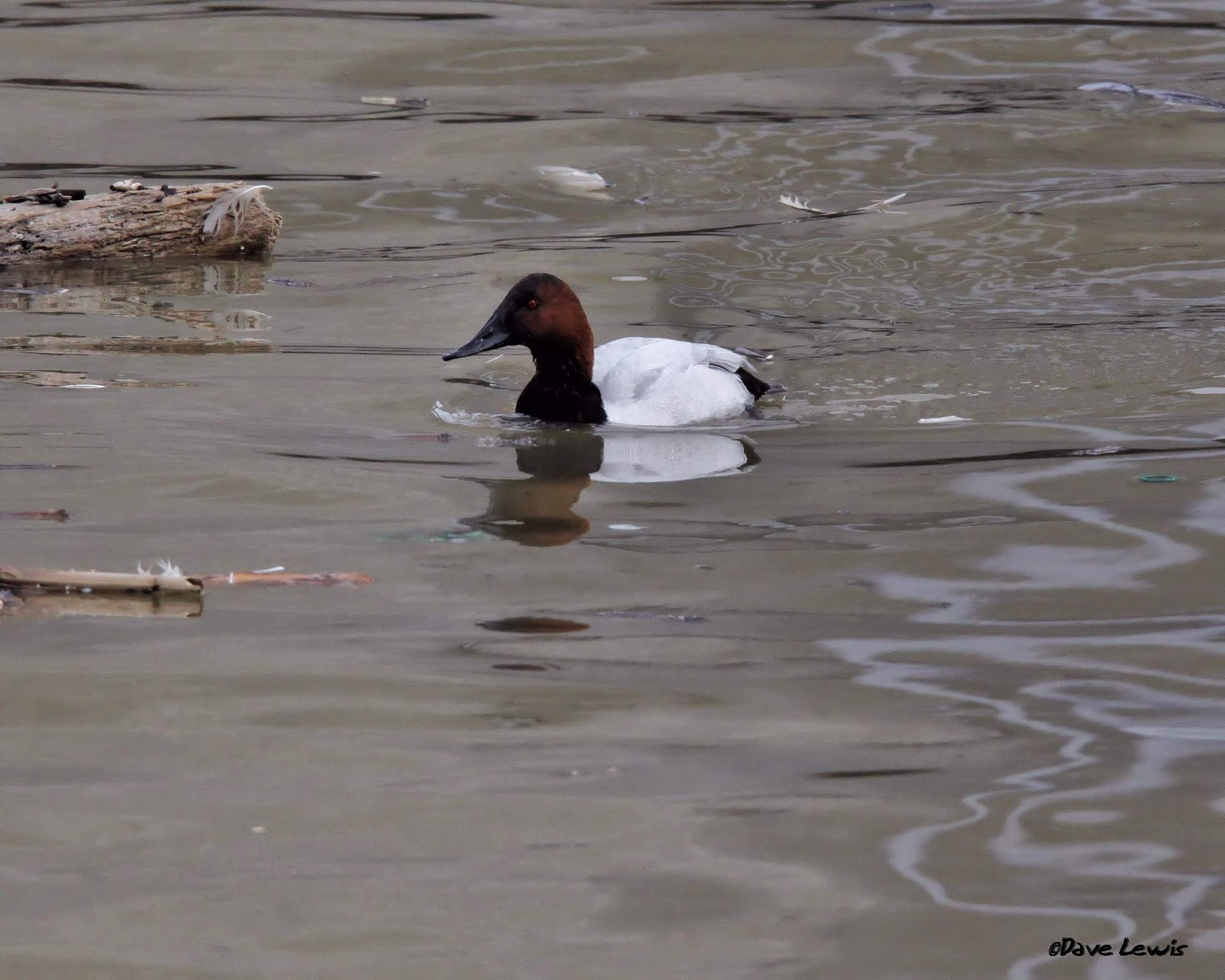 This would be a Canvasback.
I looked close...didn't see any canvas, just feathers. 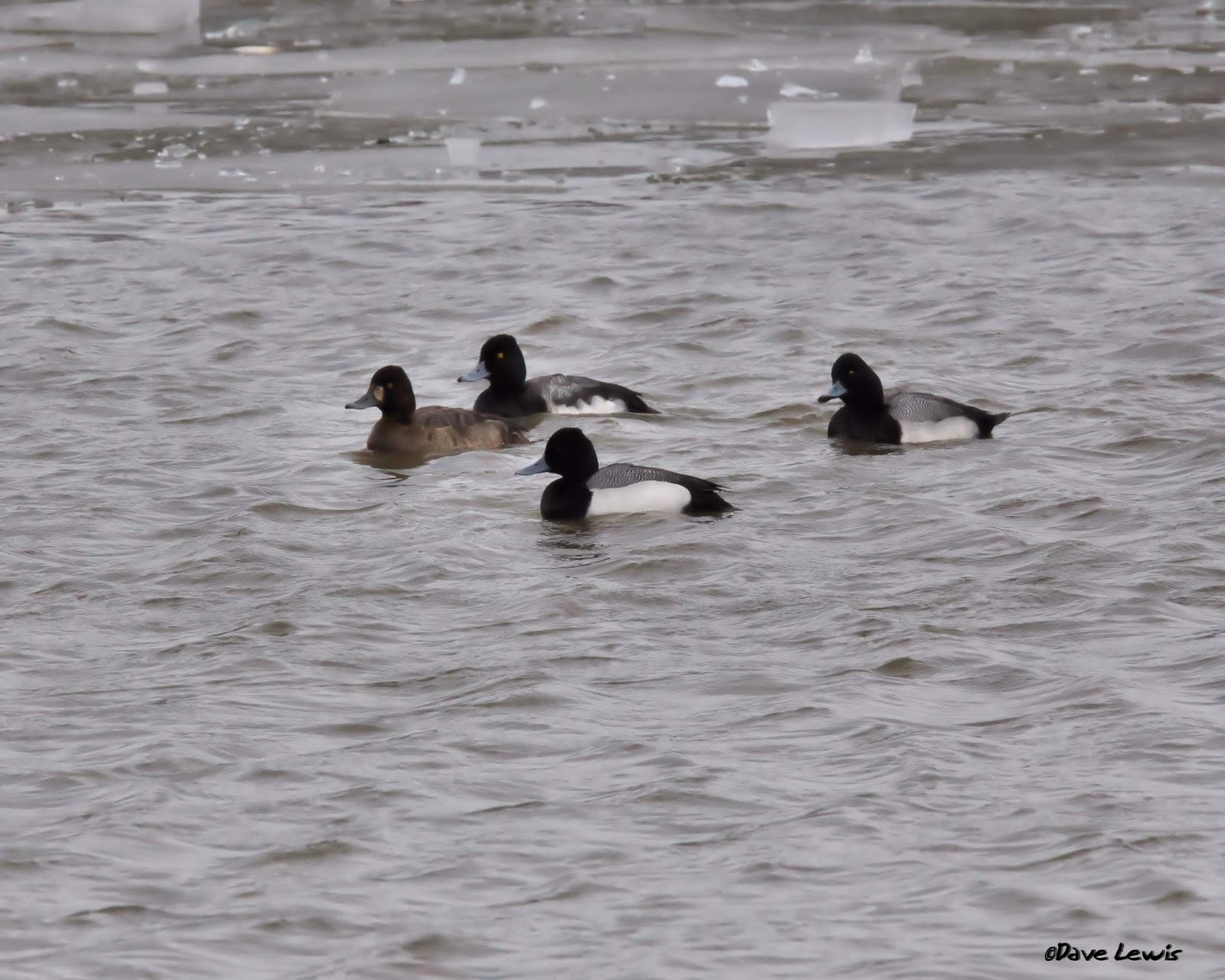 A lesson in scoping Lesser Scaup.


It's much more fun watching mergansers taking off than watching those silly gray and white birds eating dead fish.


A couple of Mallards chillin' out with the cool guys.
(See what I did there? Oh, those clever little puns!)


One of the reasons so many waterfowl have perished this winter.
These guys fly in thinking the water is clear and it turns out to be frozen solid.
Once they land, it's nearly impossible for them to take off.
This Red-breasted Merganser managed, after a long struggle, to push himself into some clear water.


There were hundreds of bodies scattered along the shore and ice.


This has been a rough winter for his first.


This gorgeous female Red-breasted Merganser was preening with a group on a little sheltered area along the river.


Now that he's made it to a safe harbor, he can relax.

Just making sure everything is intact after that long flight. 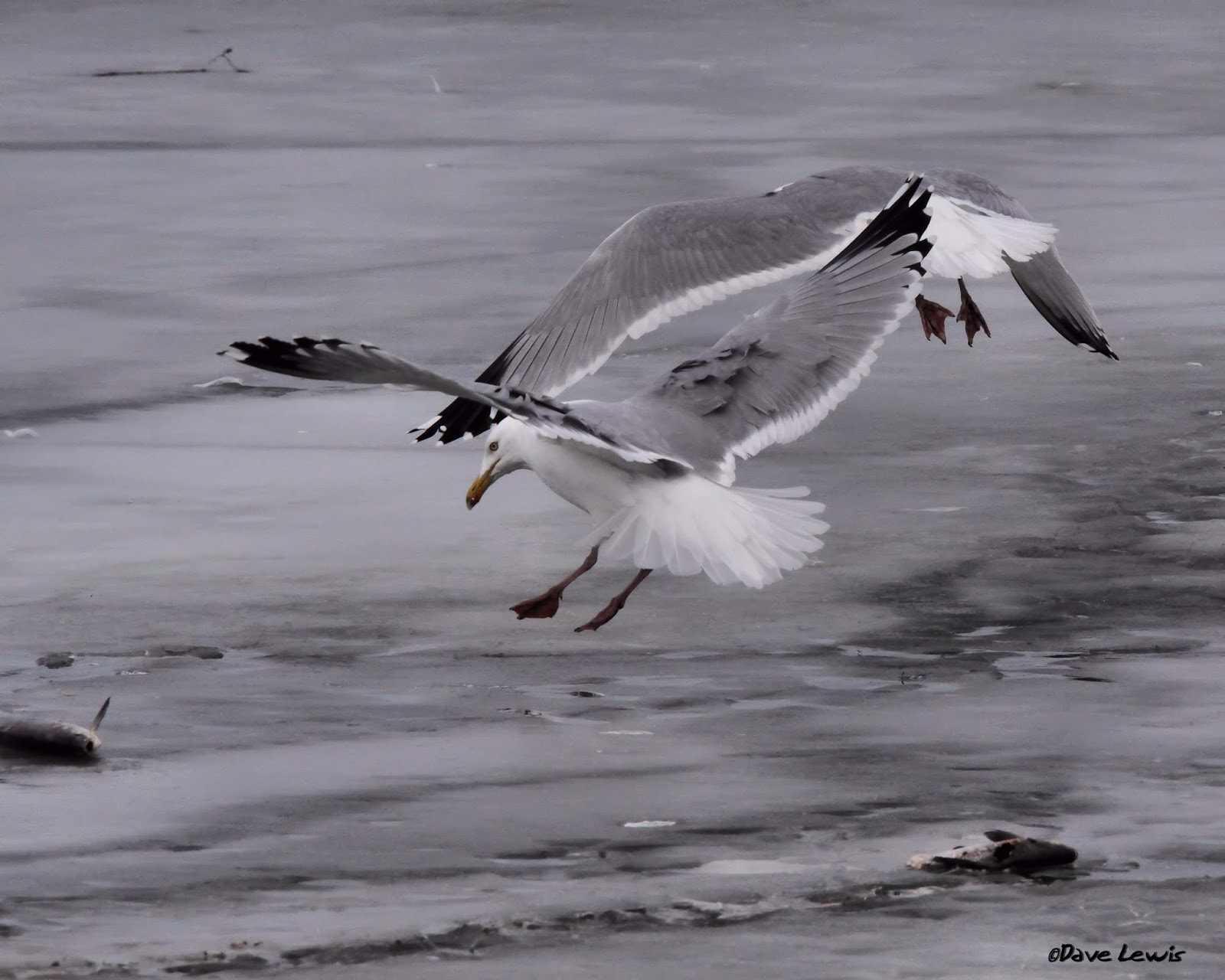 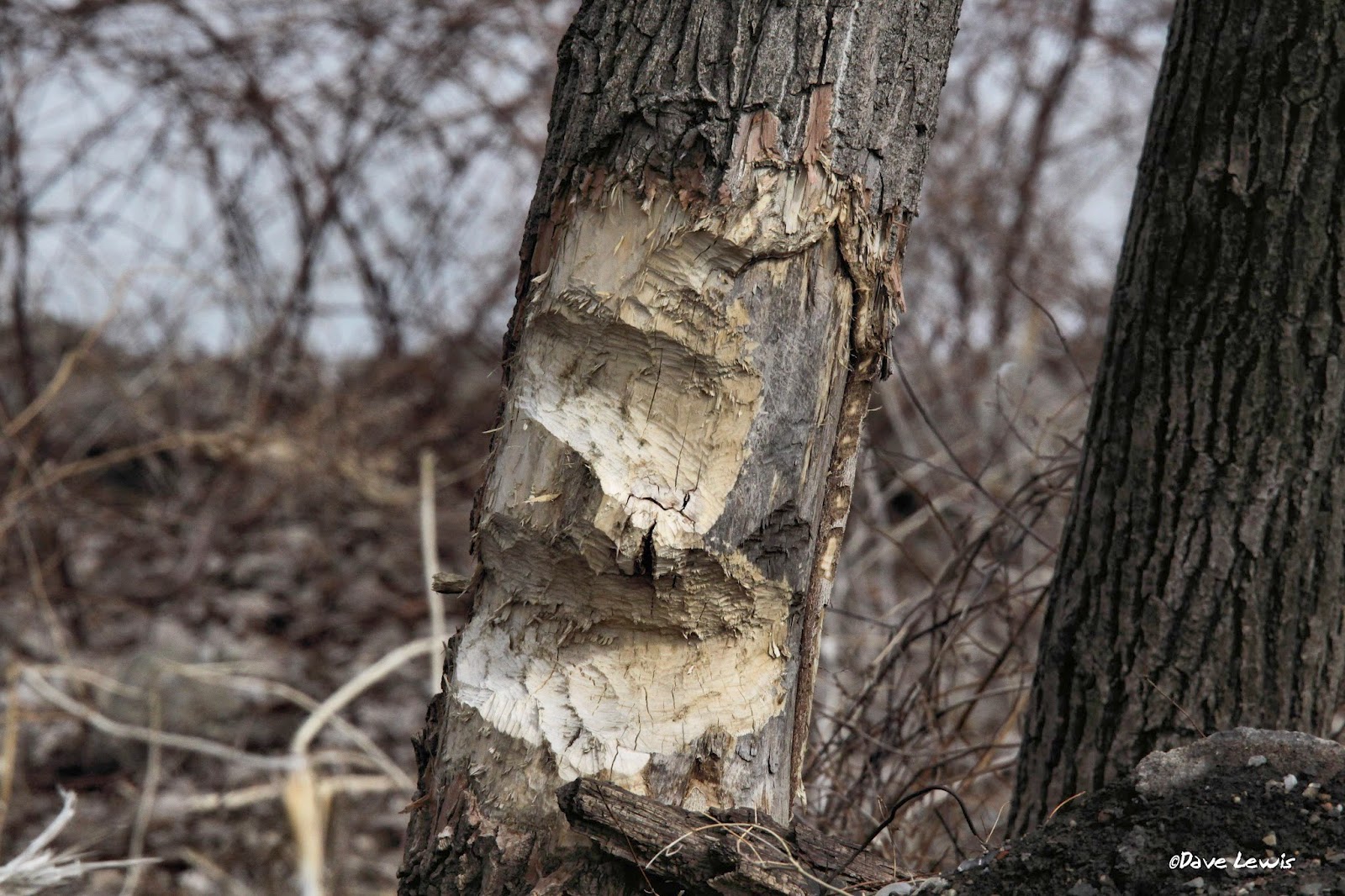 Now this is odd.
There appears to be a little Beaver activity at Wendy Park.
Who'd have thought we have beavers living near downtown Cleveland? 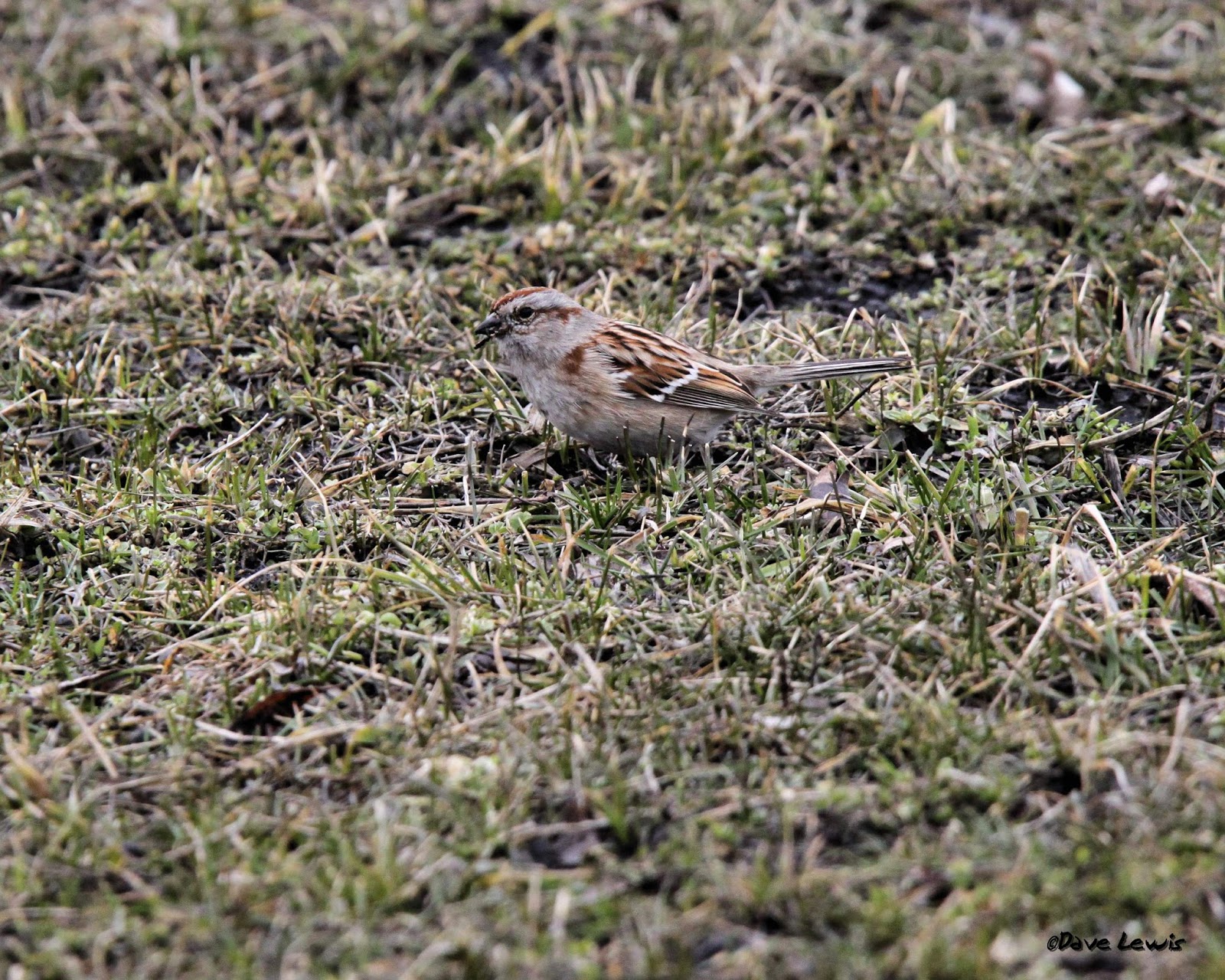 A sign of spring?
This little Chipping Sparrow was a pleasant surprise! 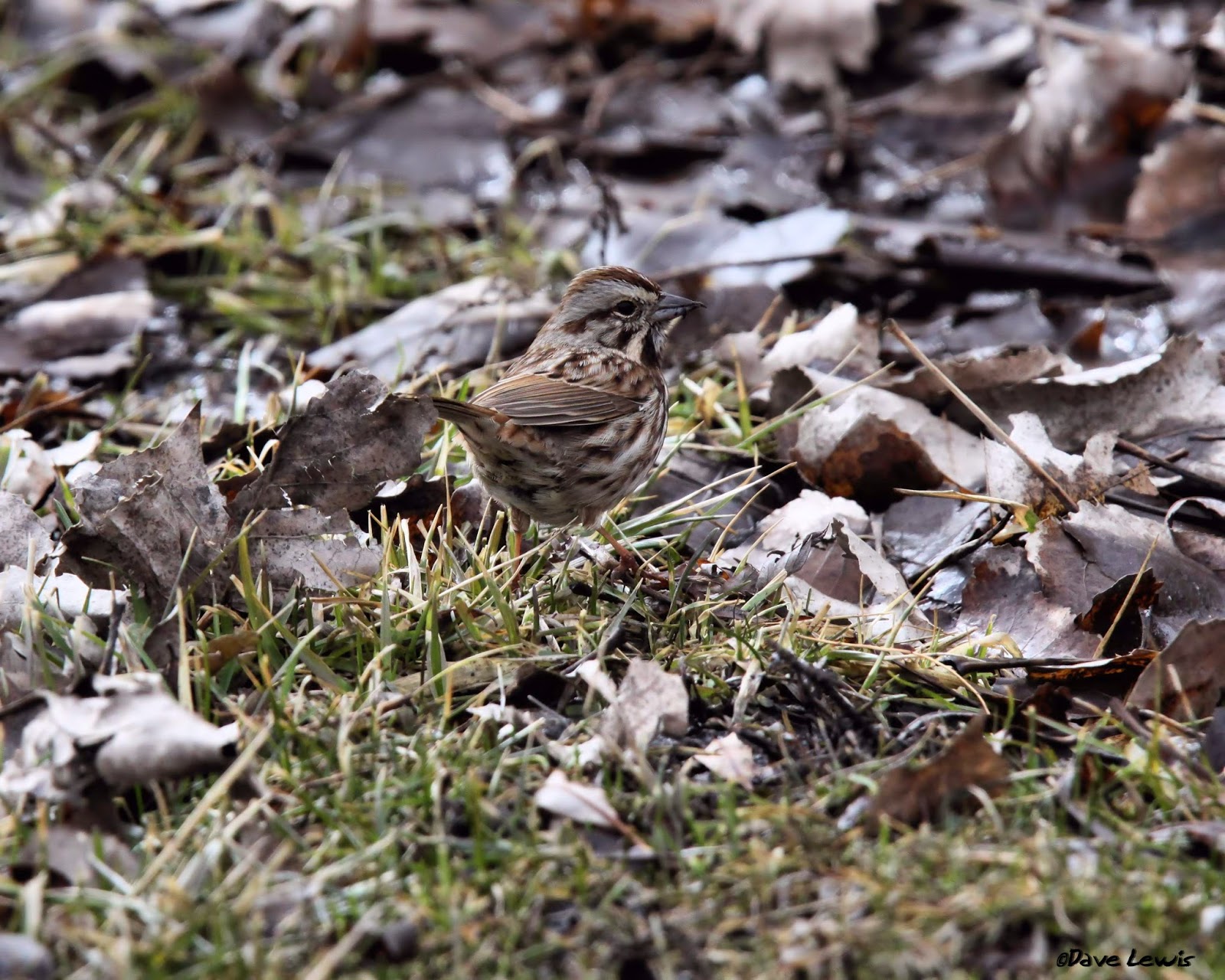 One of my favorite birds, a Song Sparrow.
He hopped along the path just ahead of me to keep me company.
We were the only ones not looking at gulls... 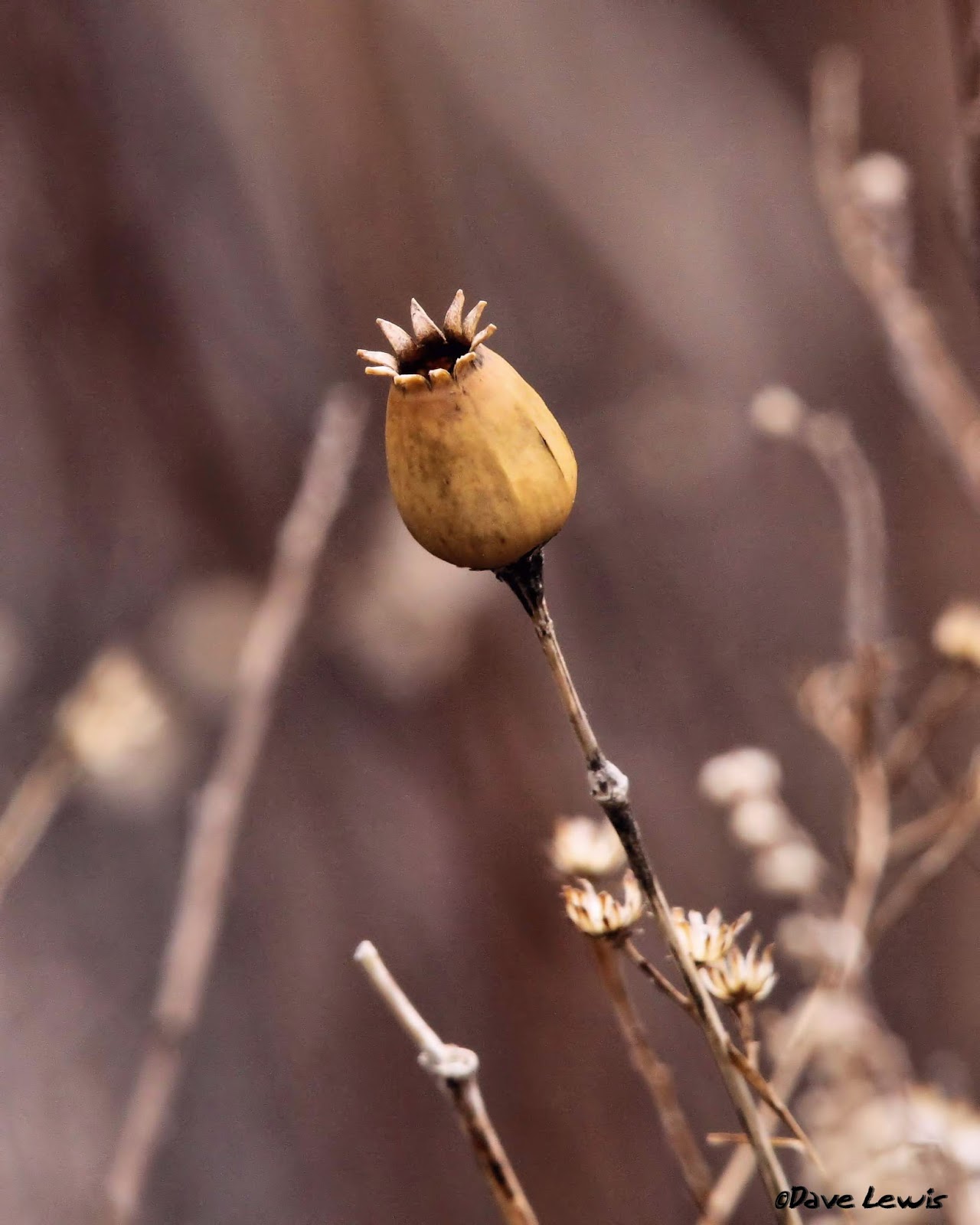 Maybe we'll see a few live wildflowers within the next month! 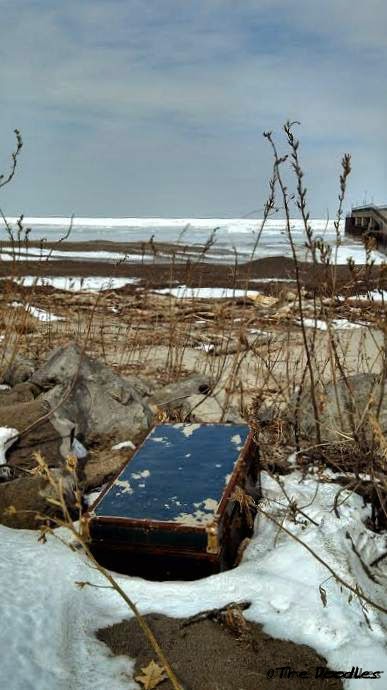 A trunk from behind!
The Doodles saw this washed up on a beach close by.
With the rivers freezing and thawing and flooding recently, lots of odd things have been washing up on our shores.

Keep your eyes open out there!
You never know what you'll find.
Maybe even an attractive gull...
Posted by Dave at 4:41 PM