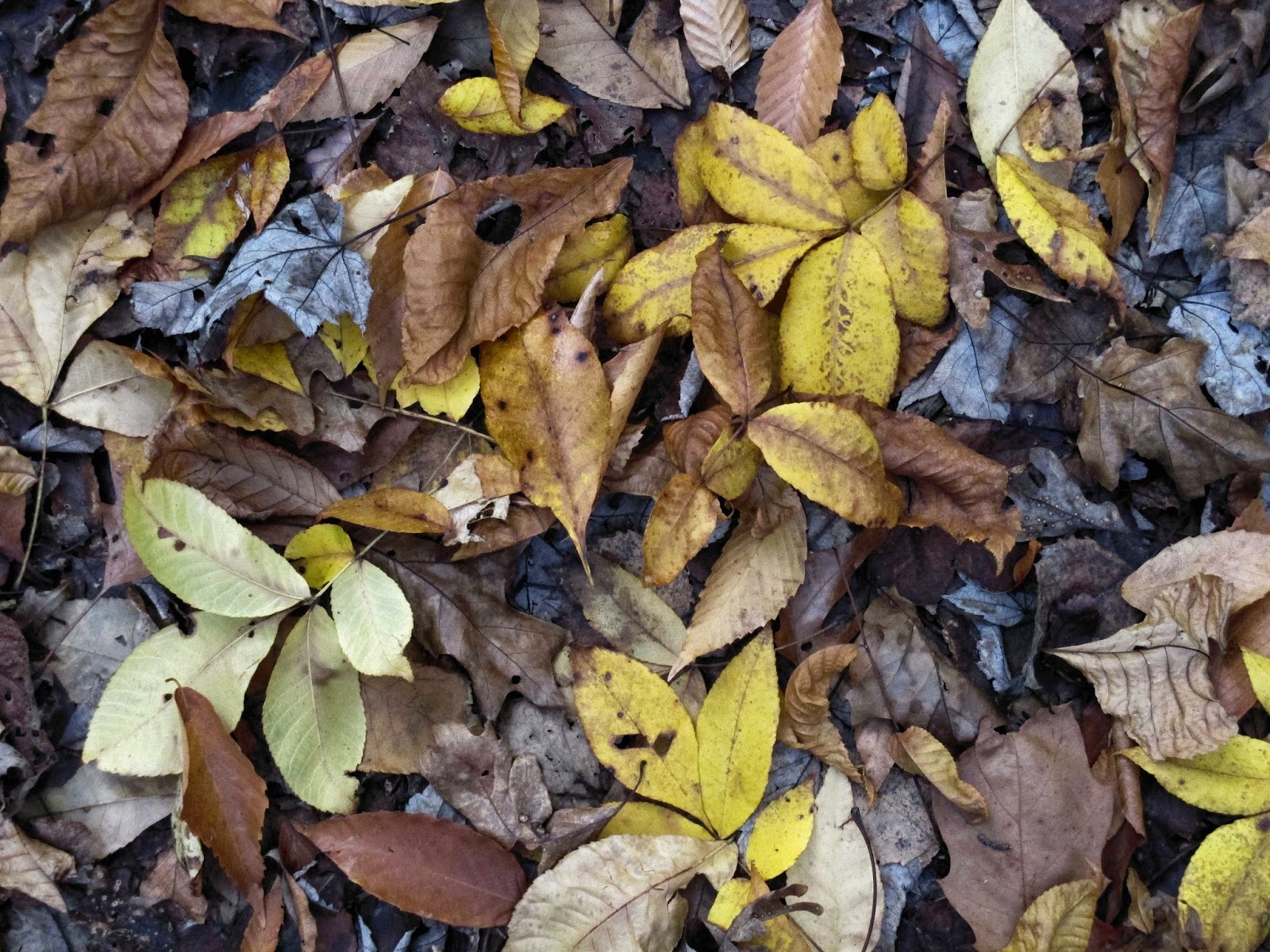 Leaves make good mulch...and they're free!
Speaking of leaves...I wonder what tree they fell from?

Oh...wasn't that caption such a clever segue to our first book? Where's that Pulitzer Prize? Just think of the camera gear AND that 500mm lens I could get...but anyway...

Princeton Field Guides recently came out with this timely tome, "Trees of Eastern North America" by Gil Nelson, Christopher J. Earle and Richard Spellenberg with wonderful illustrations by David More. I'm hoping with time and a little study of this book I'll be able to say, "Hey! Look in the Common Hackberry! There's a Turdus Migratorius at 4:15!" or something intelligent like that.

All joking aside, and that's very difficult for me, this is a great book covering over 800 species of trees found in the US. I even figured out what tress we have in our yard! Similar to a bird guide, trees are broken down by families with detailed descriptions of each. Habitat and ranges are listed for each as well as great illustrations  of the tree, it's bark, leaves and fruit. I now know that those large, painful nuts that the squirrels chuck at me are from our Shagbark Hickory! They hurt more than the acorns from our Black and White Oaks that we also have.

You know if I can learn something, this must be a worth while book to have. Oh...and for you folks on the other side of the Rockies, there's a guide for the western trees as well. 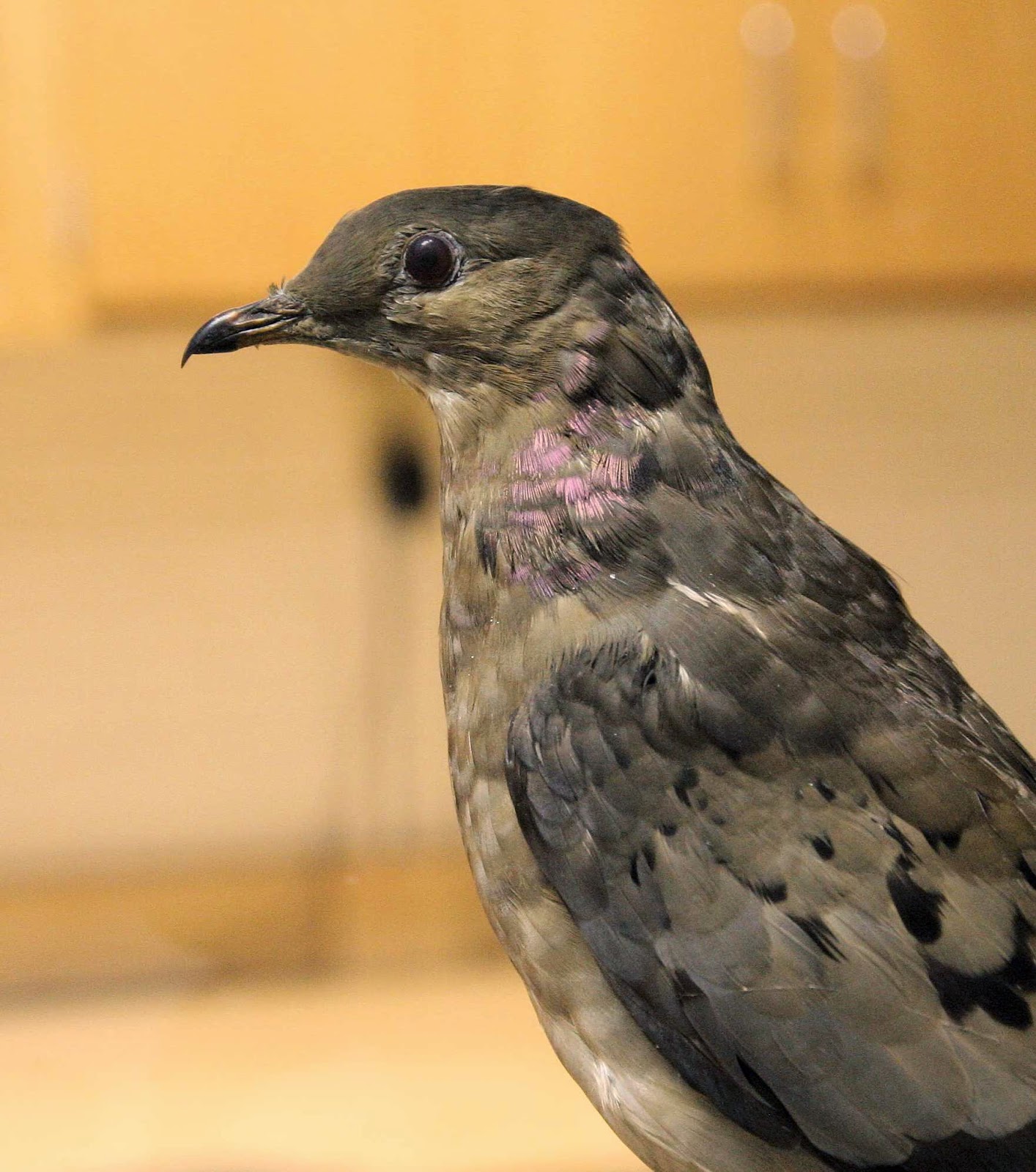 Passenger Pigeon from the Cleveland Museum of Natural History collection.

I'm sure you are all aware of the 100th anniversary of the death of the last Passenger Pigeon, Martha on September 1st. I think the media glossed over the importance of that milestone. Audubon has recently released a report of bird species that are creeping closer to extinction. As they said, only nine bird species have gone extinct in continental North America in modern times...reading their report, we learn that as many as 314 could disappear by the end of this century.

It's time to wake up or politicians and leaders and tell them they can't rape the landscape for their profits any longer. Something need to be done NOW..not tomorrow when out children and grandchildren are so angry with us because there's nothing but parking lots and gas wells left. 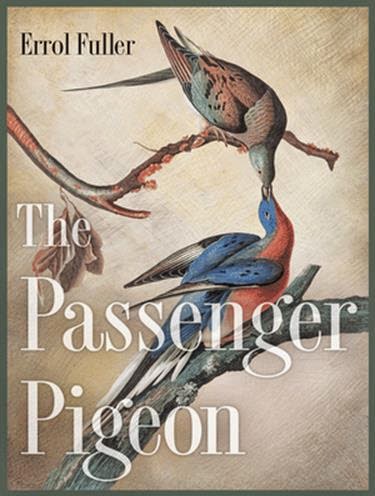 I would highly recommend  reading "The Passenger Pigeon" by Errol Fuller as this appropriate time. This beautifully illustrated book has many interesting facts  about the Passenger Pigeon and its demise. There are illustrations, photographs, paintings(including John James Audubon's,) specimens, poems, historical accounts of the billions that roosted and blackened the skies for miles and days and more.

Very easy to read with answers to the many questions I had about this bird and it's life...and the over hunting that wiped it out. 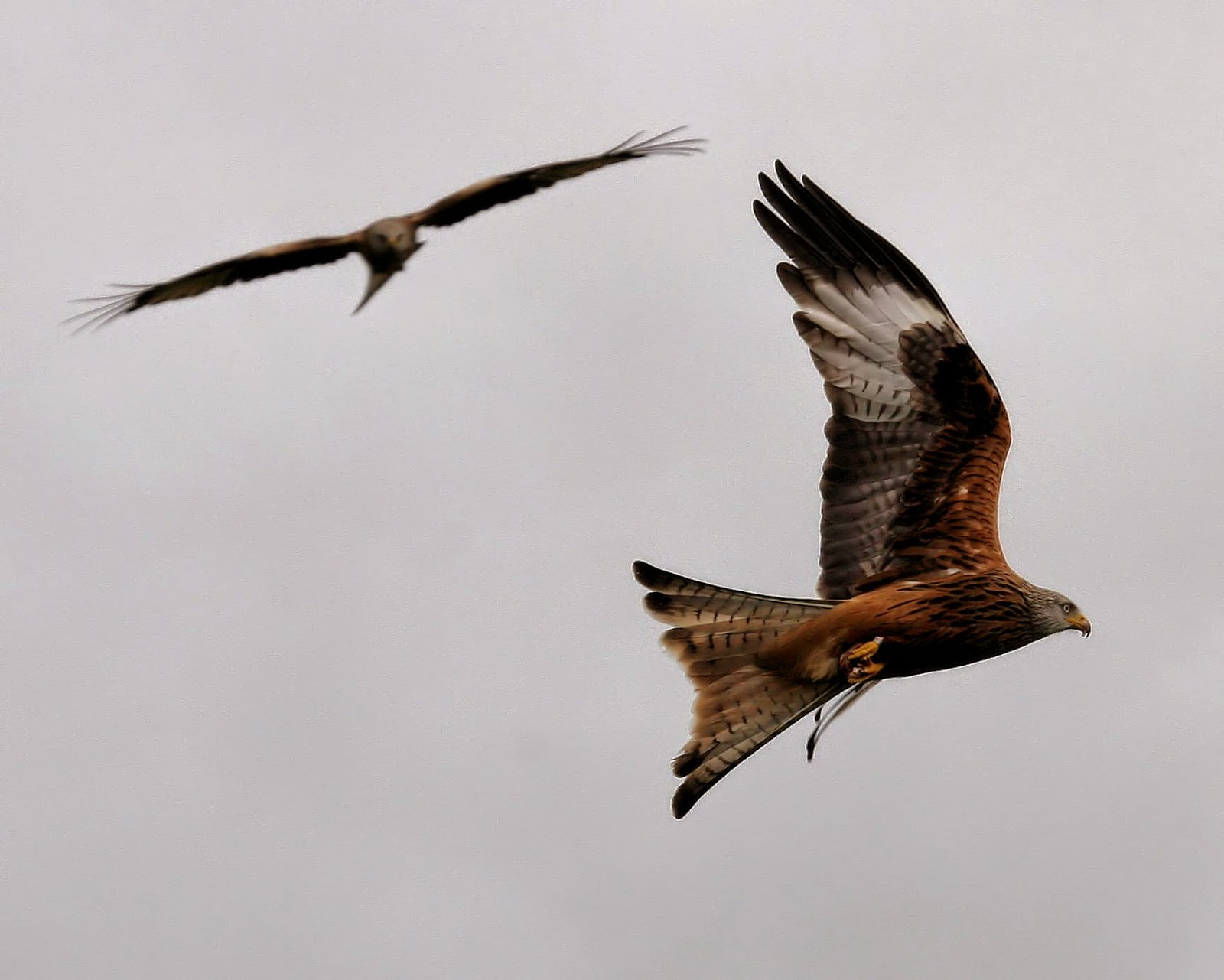 Red Kites flying over Wales during our visit a number of years ago.

I seem to have a theme here...birds on the brink. We were lucky enough to visit Wales in 2007 with a friend and see a farm where Red Kites were being raised and released back into the wild. They were virtually extinct in the U.K.due to persecution by farmers. Now they are on the rise along with other species of raptors in Britain. Which brings me to my next favorite book...

"A Sparrowhawk's Lament:How British Breeding Birds of Prey Are Faring" by David Cobham with Bruce Pearson. You may recognize David Cobham from the nature documentaries he's made over the years, such as "The Vanishing Hedgerows" the first conservation film of 1972.

Mr. Cobham discusses fifteen species of raptors that reside in the UK today and the efforts by scientists and conservationists to stabilize their populations. He uses personal stories and connections to the effects of documentary films on changing peoples perceptions of these wonderful birds.

Every chapter has great illustrations by Bruce Pearson which brings the stories to life. A number of these raptors have counterparts in the US such as the Merlin and Peregrine Falcon. The stories describing each bird and it's fate in life are very engrossing and enjoyable to read. This book really brings to light the great work all of the film makers and volunteers have done to safeguard these species. 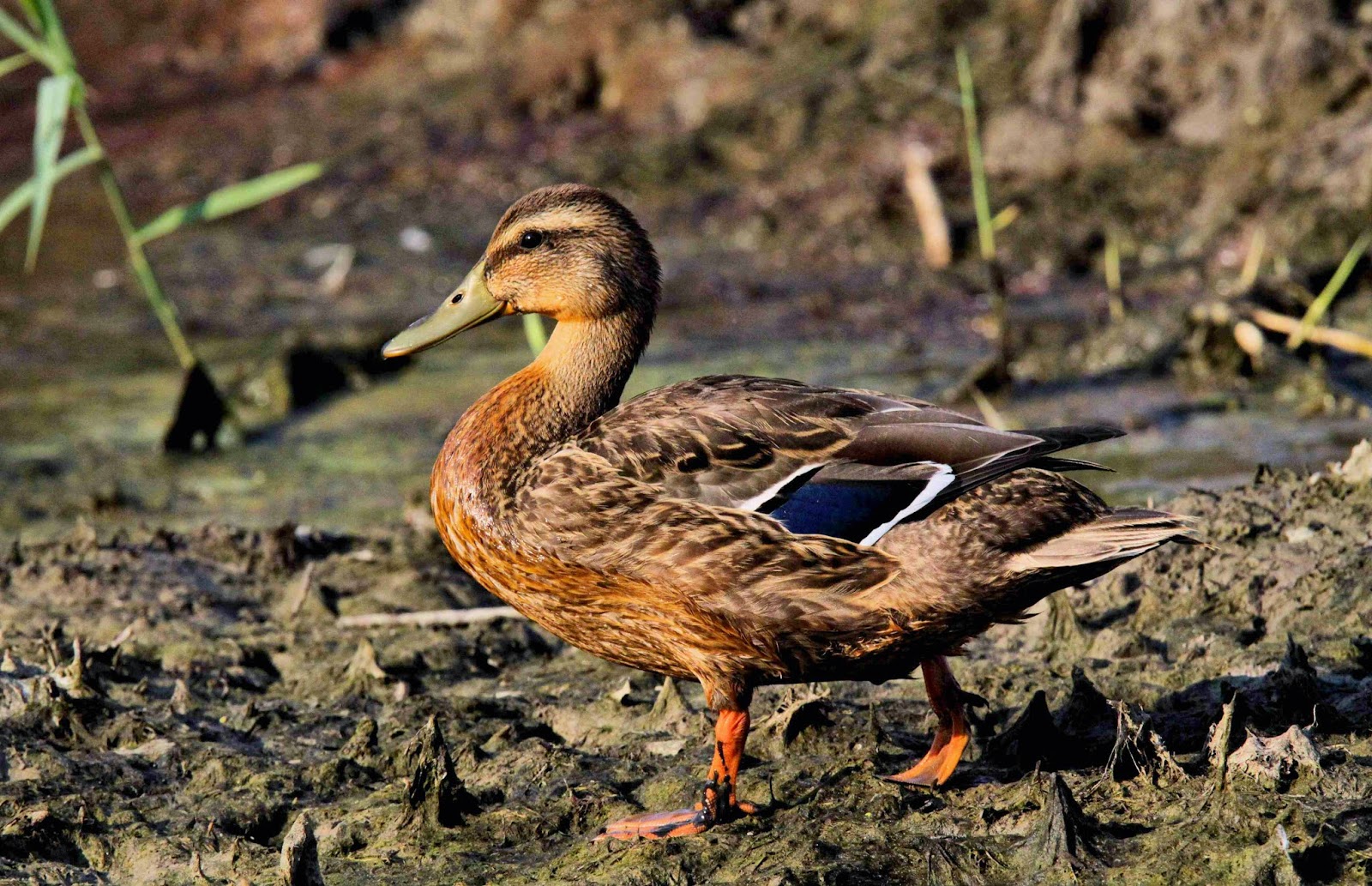 This female Mallard photo was published in the November/December issue of Bird Watcher's Digest!

On a more personal note, I had another photo published in BWD magazine! If you've never heard of this magazine, WHERE HAVE YOU BEEN HIDING! This is a great family owned and run publication headed by the ever delightful Bill Thompson III. Me and The Doodles have been lucky enough to meet Bill, his wife, Julie Zickefoose and their children a number of times as well as other family members. Great folks that deserve our support!

You're probably aware that more and more people are getting all of their "infotainment" on line now and smaller publications like Bird Watcher's Digest are having a hard time. This really is a worth while magazine to subscribe to. They have regular contributors like Bill and Julie of course, but they also have Kenn Kaufman(who will deny knowing me if you ask,) Paul Baicich(who will also deny knowing me!,) ID articles by Alvaro Jaramillo, humor by the hysterical Al Batt(he's of Welsh heritage by the way,) and all the great regulars. PLUS you get to see photographs and illustrations by some of the greatest folks in birding...oh...and me too.

SO, sit down, shut up and read a book AND a magazine.
Thank you, the sermon has ended...for now.