Just Another Day in the Woods... 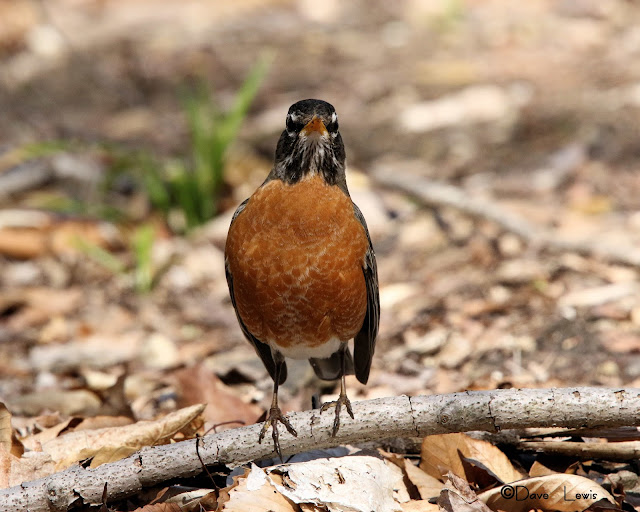 "What? You wanna a piece of me?!"
Spring Robins will kick your a$$ if you're not careful...

I had a little wander in the woods on the Indian Springs trail at Munroe Falls Park Sunday. It started out quite cold...go figure cold spring temps along the Lake Erie coast in the spring? Give it a minute...it'll change...and it did. A nice warm and sunny day...still no bear though.

All of the usual suspects were singing their brains out plus quite a few that I don't know...like that warbly thing waaaaayyyyy up in the tree tops...by the time I got my bins on him, he skedaddled out of there. May have been a Prairie Warbler, by the song, or not...he did have a yellow belly...and not because he flew away before I could get a photo. Oh well, Magee Marsh is coming up in a couple of weeks! 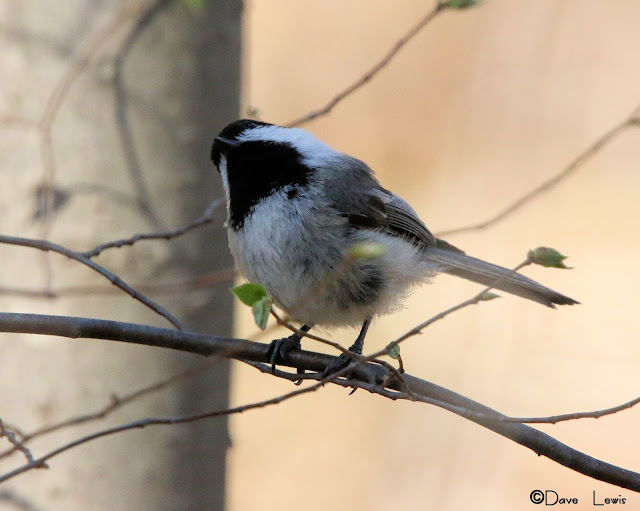 This Black-capped Chickadee is giving me the same look as most humans...I don't get it...
I thought I was normal...sort of... 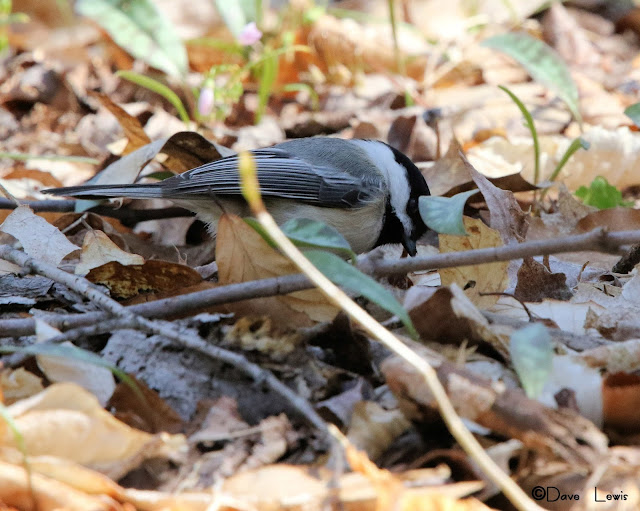 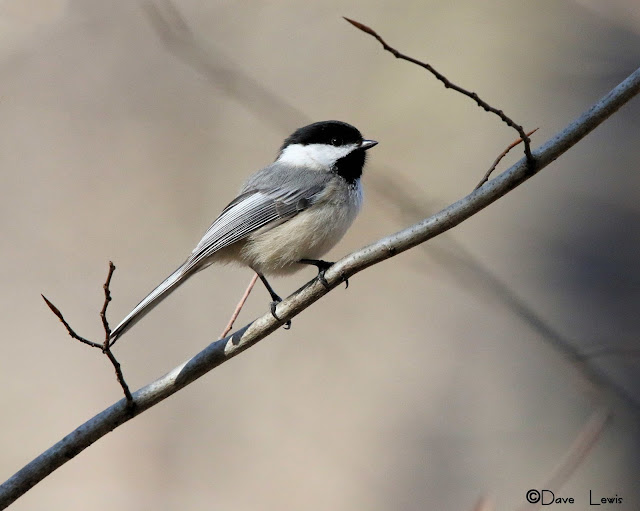 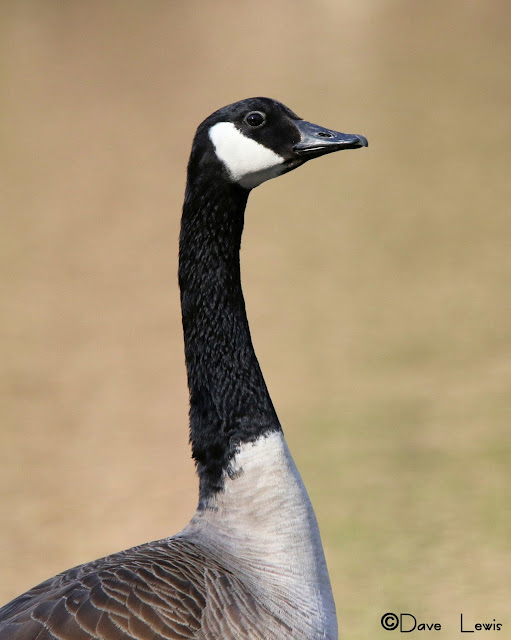 Another rare photo!
A Canada Goose with his bill shut! 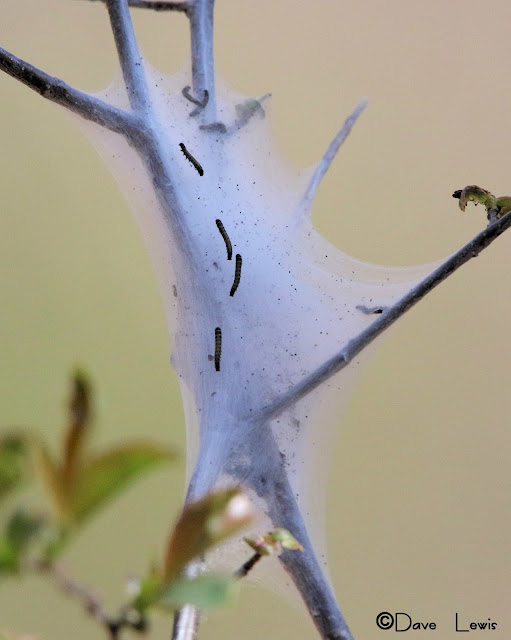 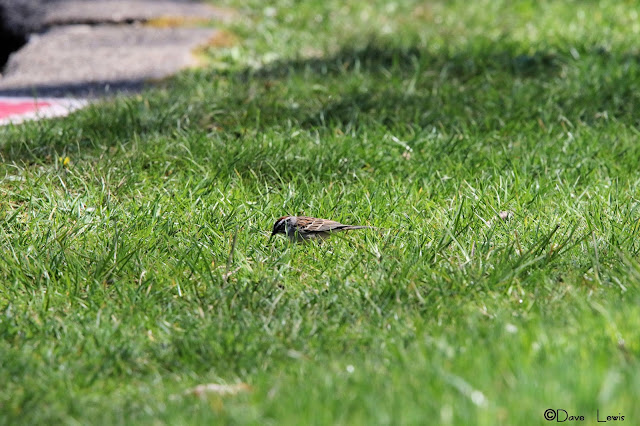 So first I must apologize to the person that was walking up behind me.
Yes, I really was talking to this Chipping Sparrow.
No, I am not(completely) crazy.
I was just asking him to come a little closer so I could get a better shot.
(All of these sparrow photos are uncropped by the way.) 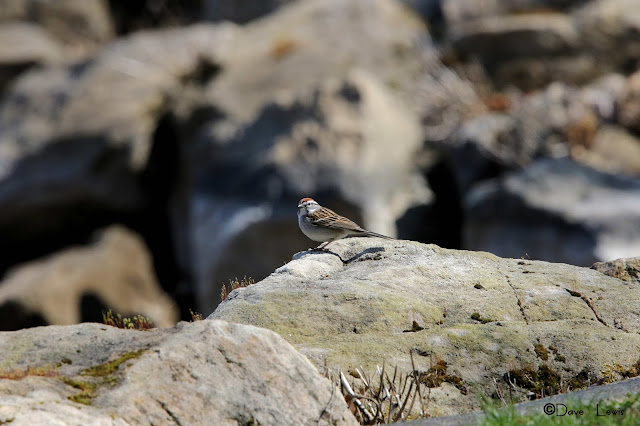 Well, Chippers are quite amicable and are always willing to help.
He came a little closer(and the person behind me started getting further.) 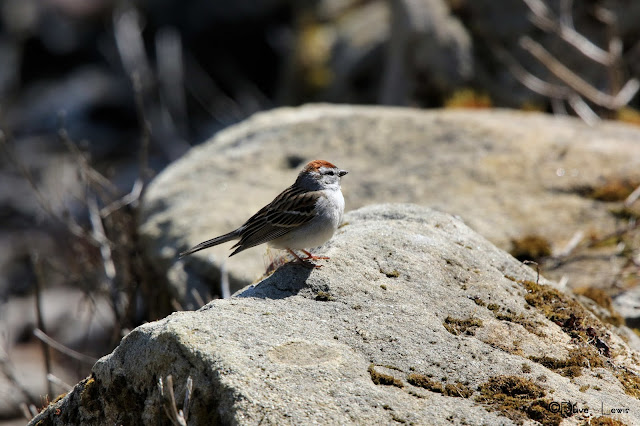 He moved up a little closer on these rocks.
"How's this? This is my good side." 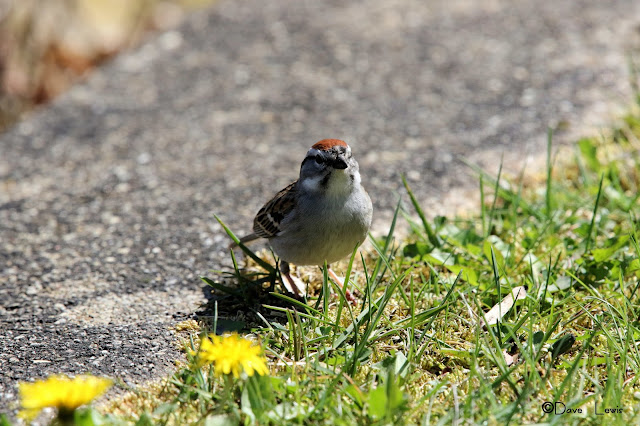 "Is this close enough?"
I really was talking to him...the stranger was gone by now.
Doesn't everyone talk to birdies? 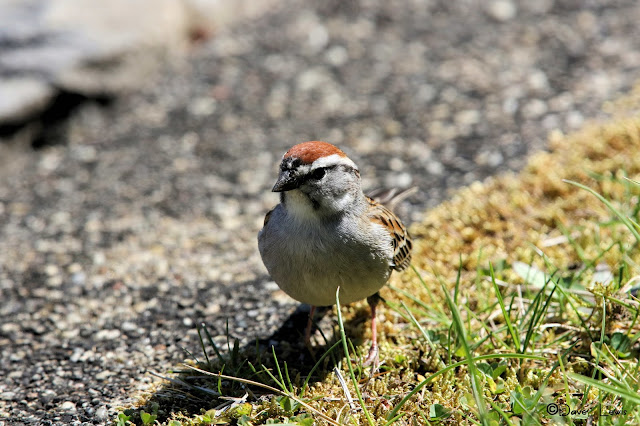 Then he hopped a little closer.
Most humans don't get this close to me...or listen... 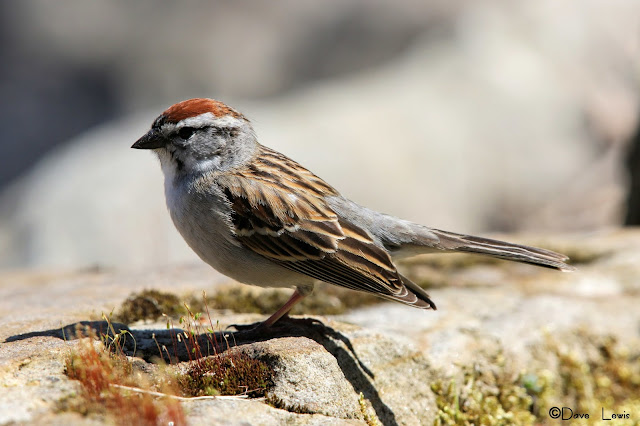 I asked him if he would get on the rock as it would be a more natural setting.
He was kind enough to oblige.
I like Chippers.
I really like it when I don't have to crop the photos.
I am a happy boy.
Yea! 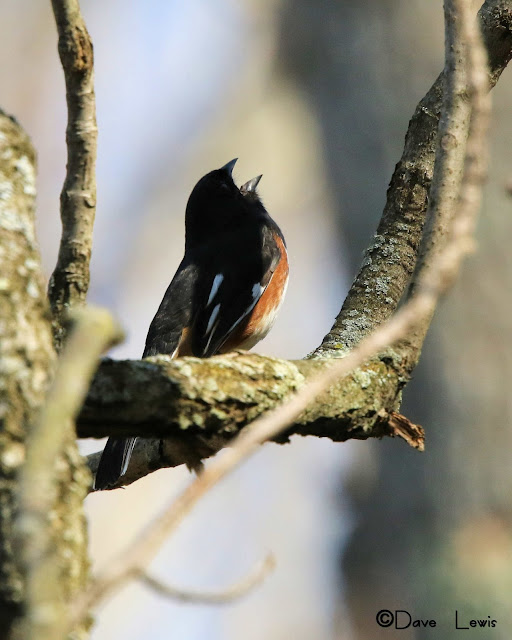 Okay, back to my semi-reality.
I've heard this Eastern Towhee singing for a couple of weeks now.
This was the first time he was sort of in the open. 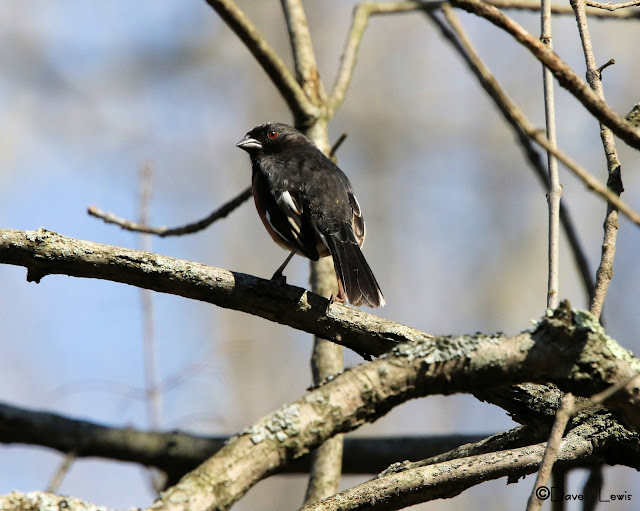 You can tell by that glare he was not happy with me and my camera.
Get over it.
Towhees are snobby.
"Drink your teaaaa!"
No, YOU drink it jerk! 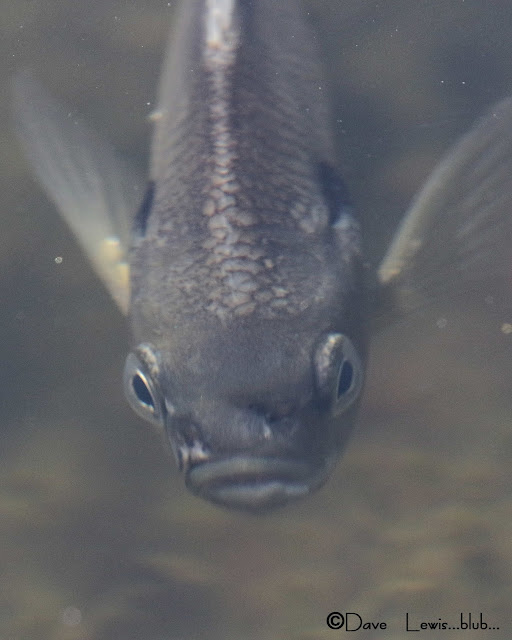 Sometimes fish stare at me in disbelief. 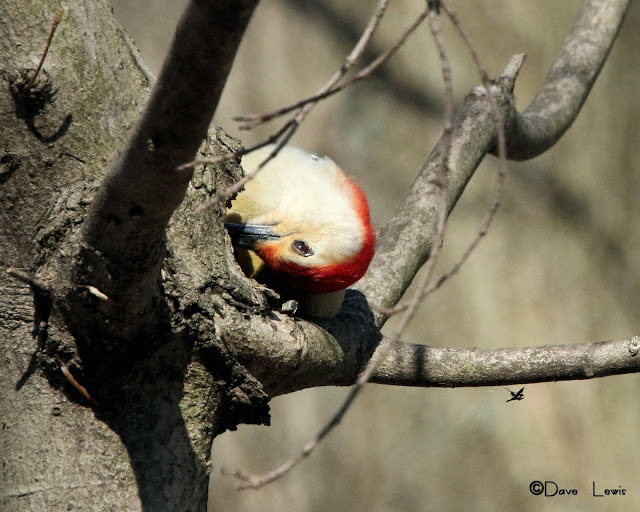 That Red-bellied Woodpecker must have found something delicious in there! 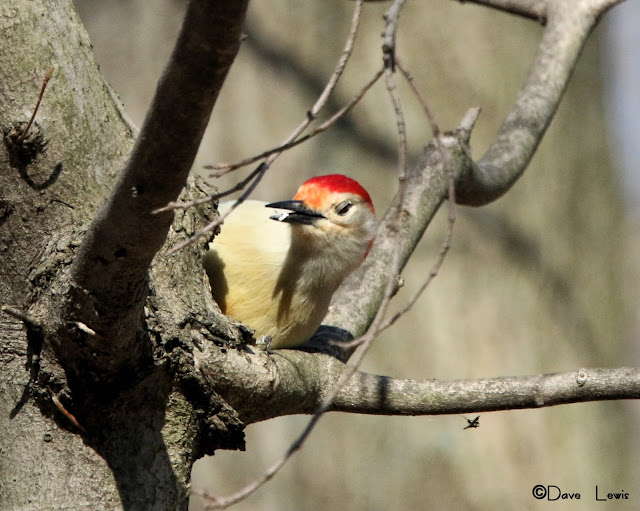 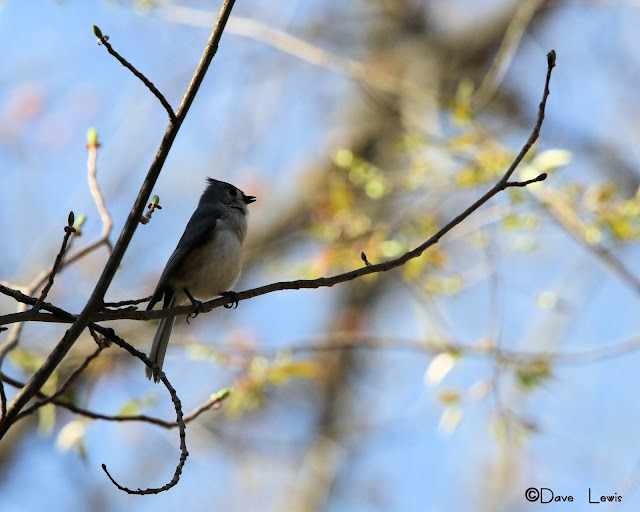 I see Tufted Titmouseseses on my feeder everyday.
But when I'm out to take a few photos...nope...
WAY up in the tree tops.
Lucky that song is nice or I'd be mad. 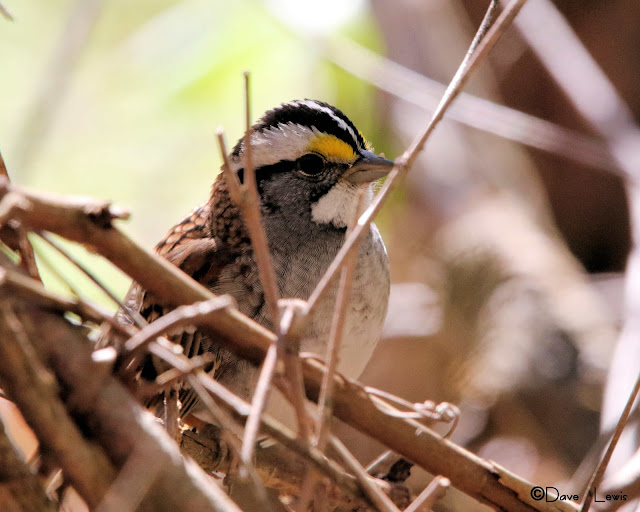 I played hide and seek with this White-throated Sparrow for about a half dozen shots.
He won, I gave up.
I could hear him laughing as he flew away. 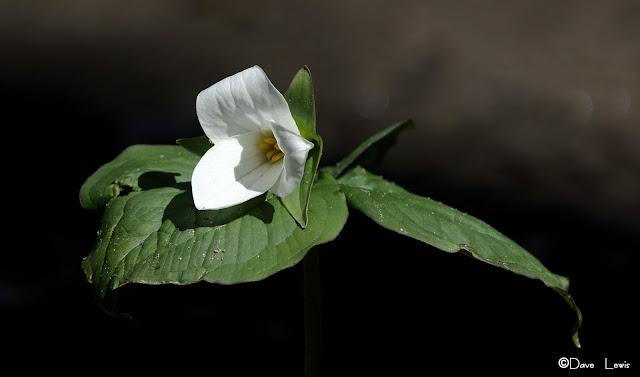 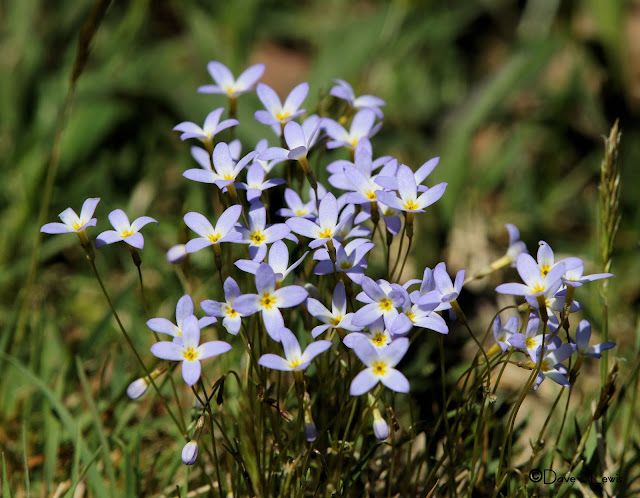 I was tired and they were sitting still so I took their photo.