THE BIGGEST WEEK IN AMERICAN BIRDING...well maybe just a day...(part two, 'cause I had sooo many pics!) 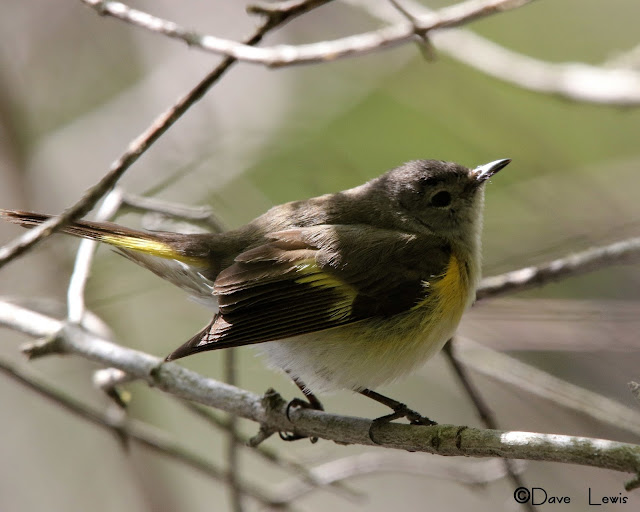 Let's start off with an American Redstart, a young boy trying to sneak in to pick up some babes!

Yepper, crappy weather sure is great for gettin' them warbly pics! I think it was one of the best days I ever had for shooting, now as far as being comfortable? I am waterproof, so no problem. Enough of the babbling, here's some pretty little feathery friends! 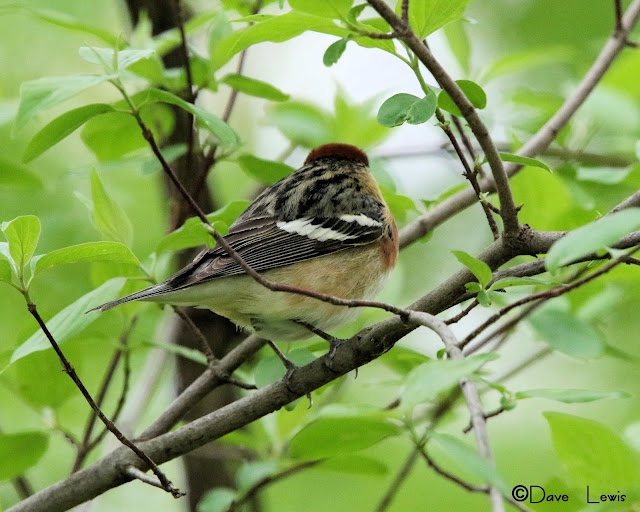 I even got a nice selection of birds from behind!
A Bay-breasted Warbly for instance... 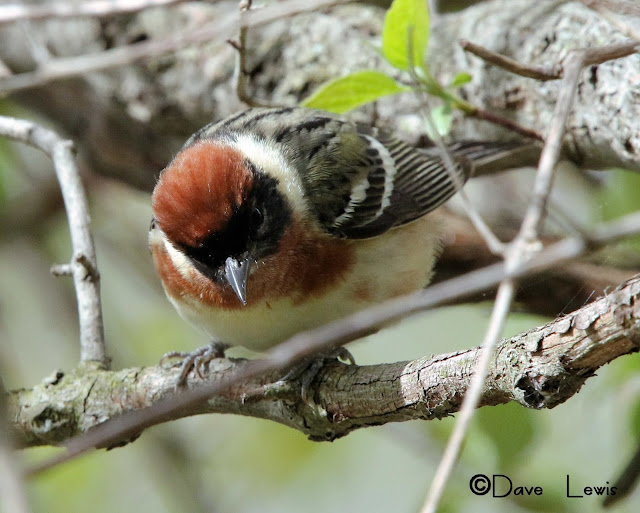 And after chasing him for a bit, he even let me get a photo of his north side! 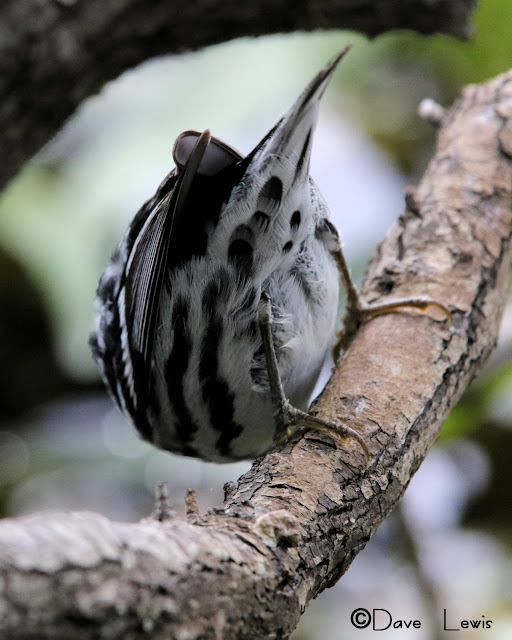 If you've ever tried to photograph a Black-and-White Warbly, you know they are non-stop moving and eating machines! 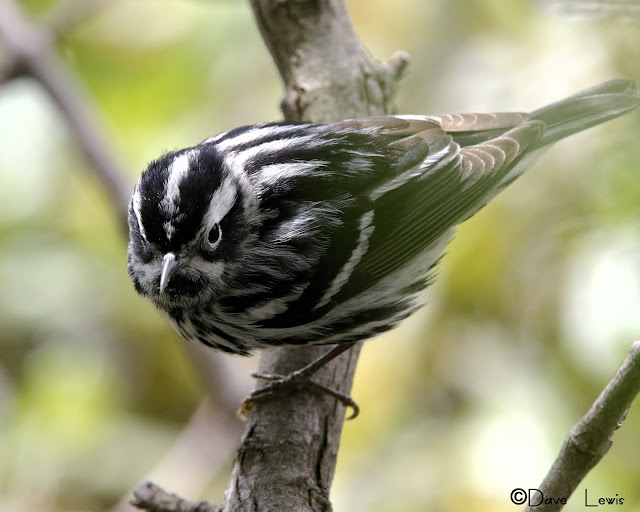 He peeked out from between the branches for one shot! 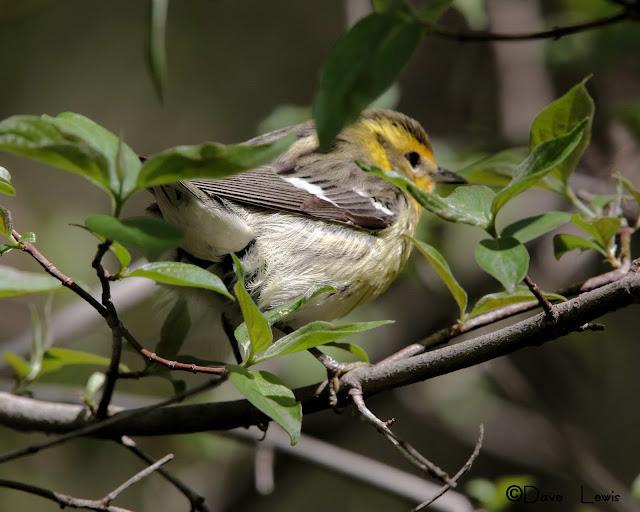 A number of the species were represented by well under a dozen individuals.
Blackburnian's on the other hand were quite numerous AND down low! 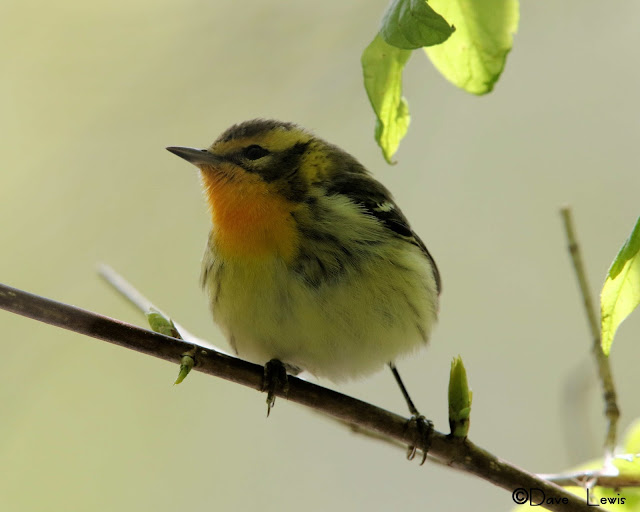 Looking for that next meal... 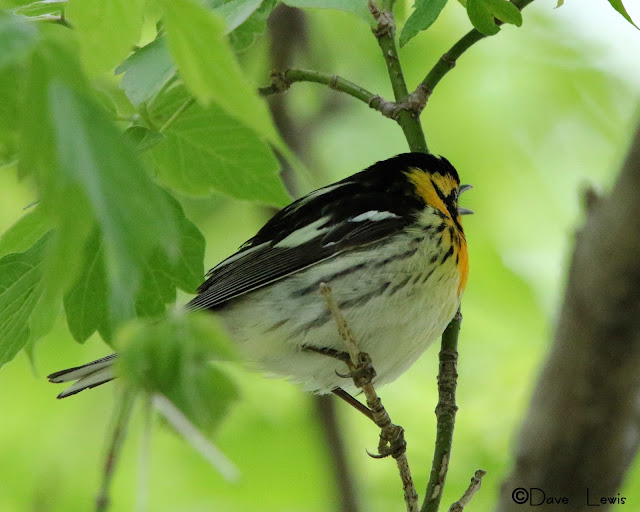 This gorgeous male was singing up a storm...must be why it was raining on and off... 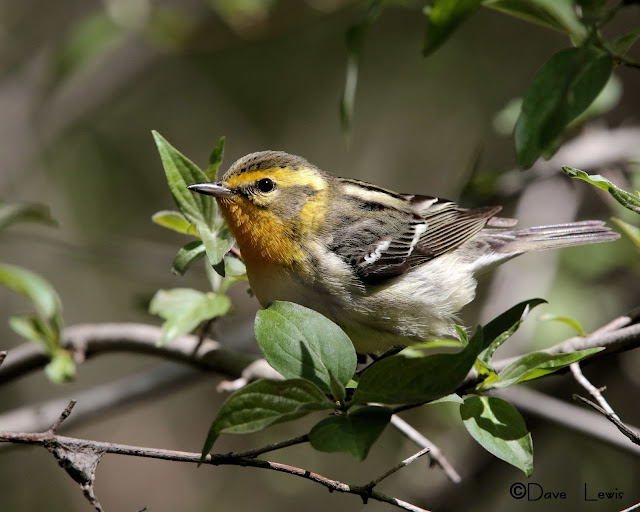 As you can see, the sun came out on and off, just enough to make this female Blackburnian Warbly really pop! 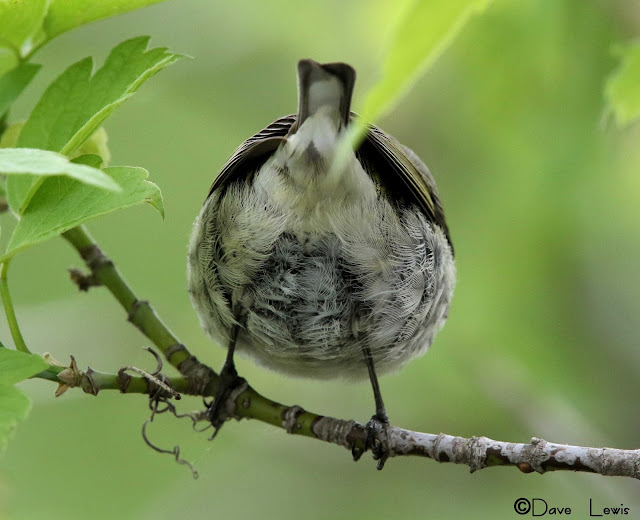 Did I mention there were TONS of Cape May Warblies? 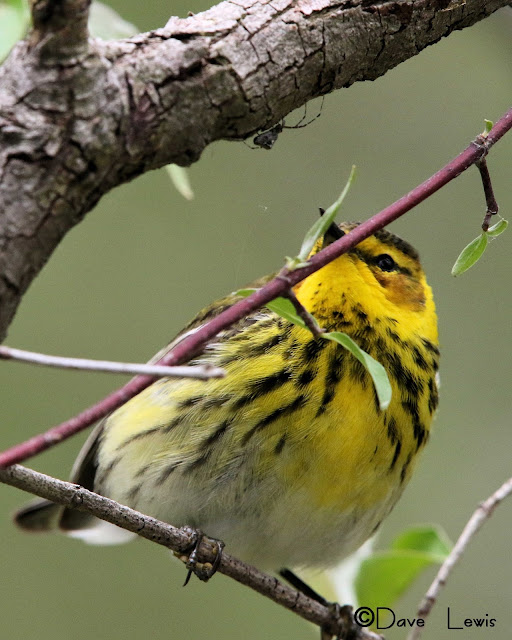 This handsome male Cape May is eyeing up that spider above him...
"Hmmmm...looks good enough to eat to me" 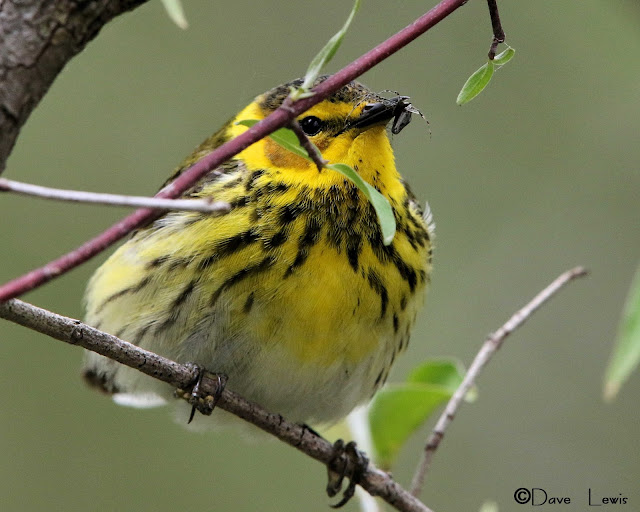 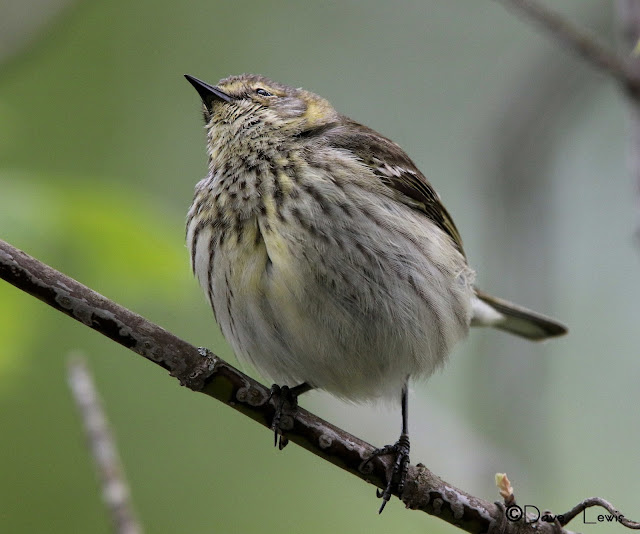 This female was impressed with his skills! 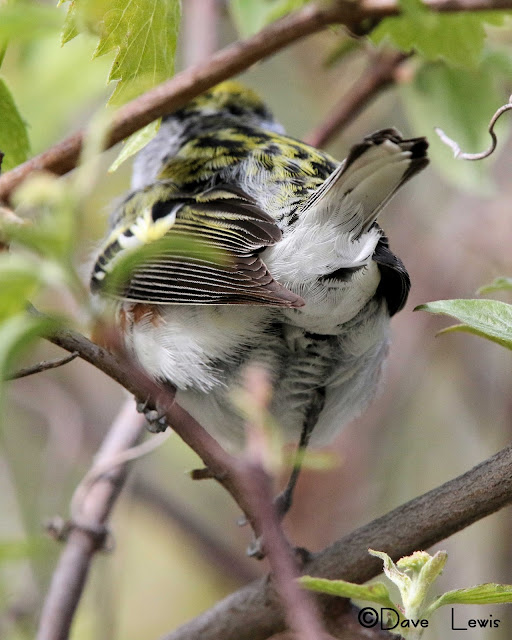 The happy side of a Chestnut-sided Warbly. 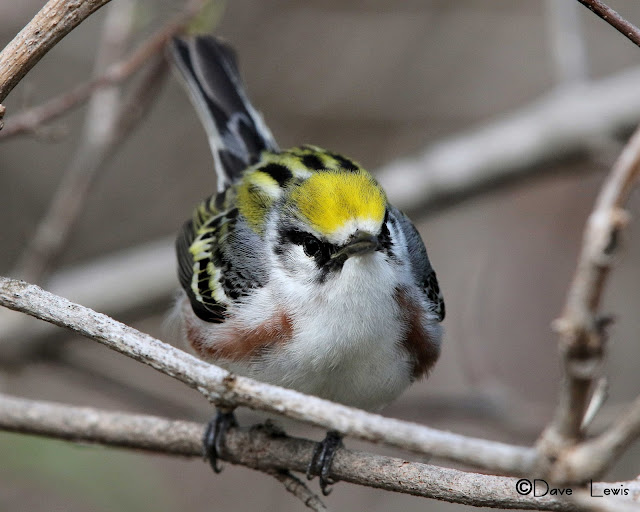 The cranky side of a Chestnut-sided Warbly. 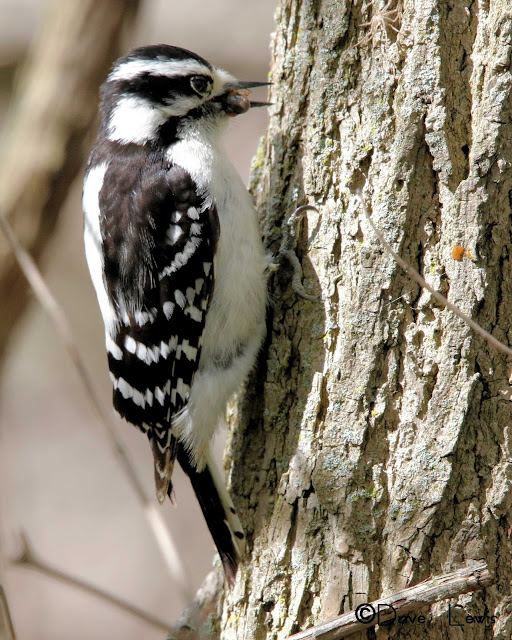 I was told there were birds other than warblies again...
Fine.
Here's a Downy Woodpecker eating a spider.
Okay? 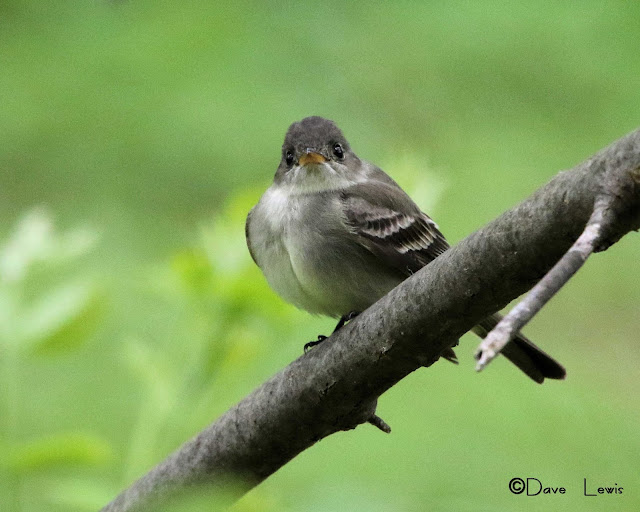 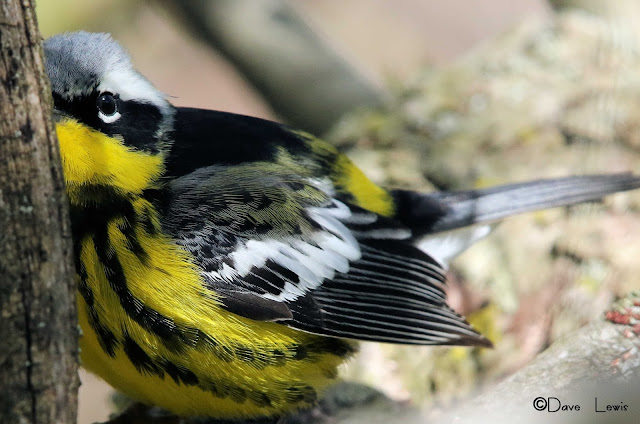 I gave up playing peek-a-boo with Magnolias today...he wore me out. 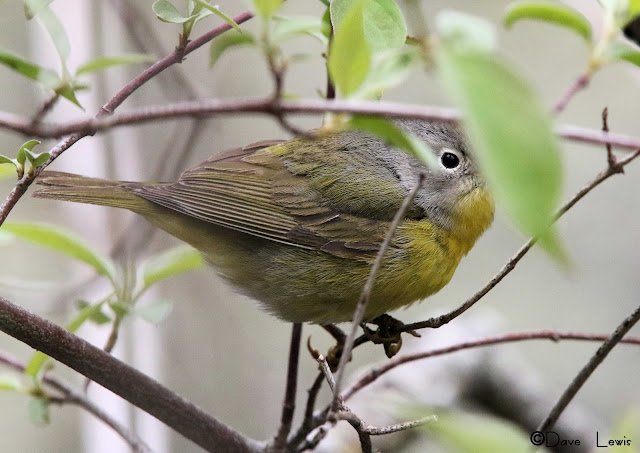 Yep, Nashville Warblies thought it would be funny to play peek-a-boo with me also...
Some days, those warblies...ooooo! 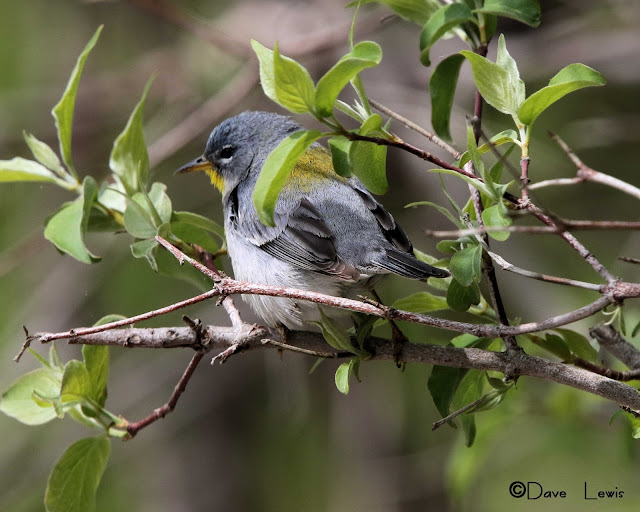 Another surprise were the Northern Parula numbers and how easy they were to photograph...
...for a change. 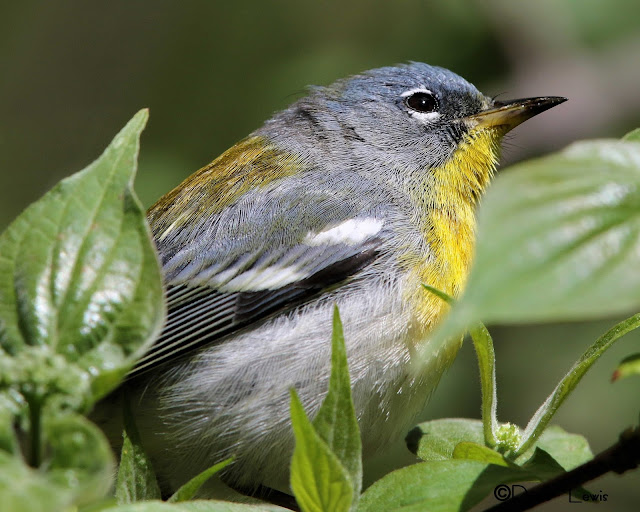 Warming up in the sun.
I was doing the same thing! 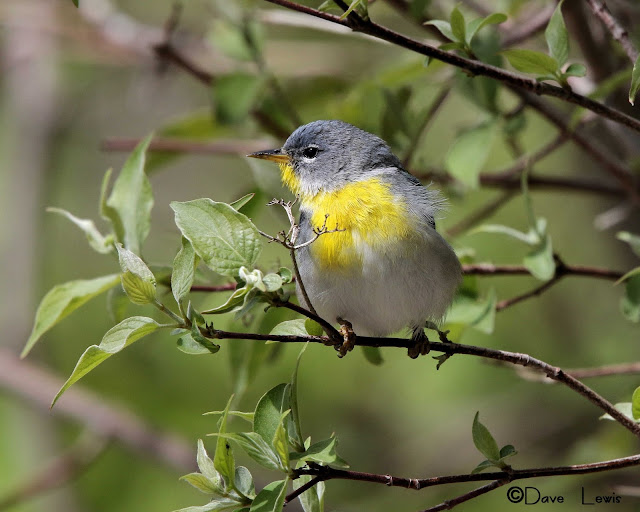 When they're out you have to get as many pics as possible! 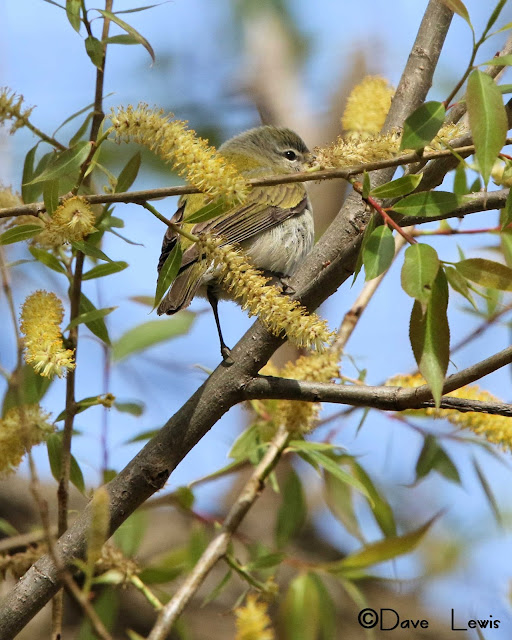 Tennessee Warblies can be shy at times... 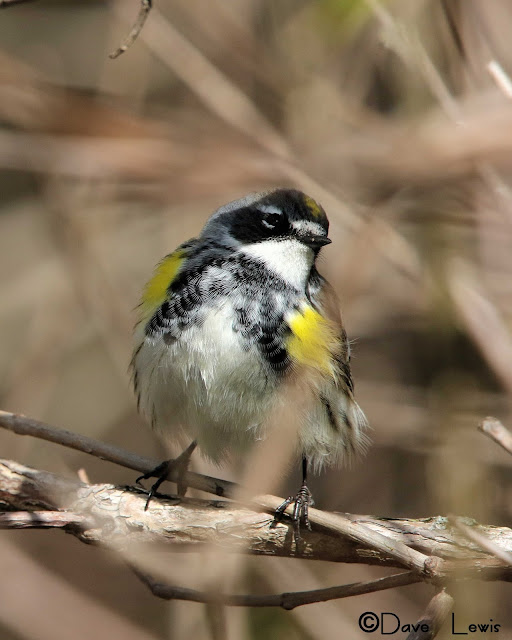 Yea! A butter-butt!
They don't like that name, they prefer Yellow-RUMPED Warbly.
Very proper... 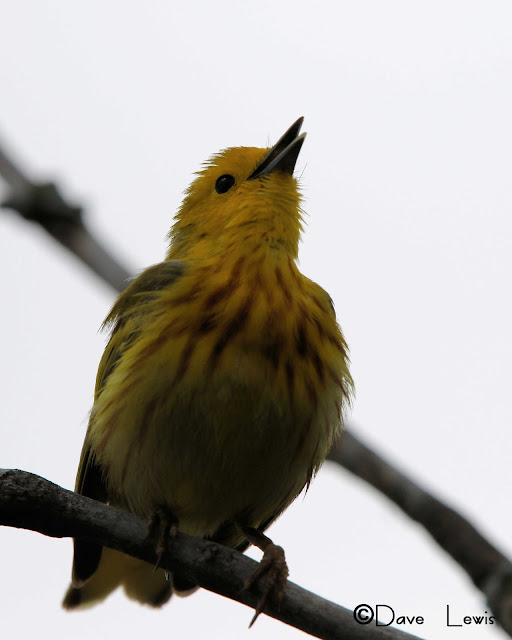 Singin' in the rain!
Nothing stops a Yellow Warbly from belting out his favorite tune!
"Feet, feet, smell my feet!"
Listen closely...

Next time kiddies, back to our regular programing...