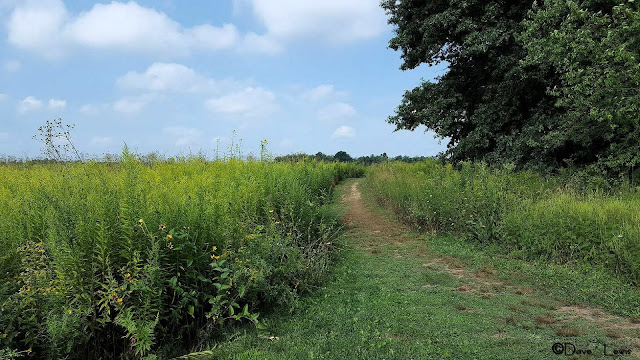 So,...there I was...speaking with a naturalist last spring about wetlands in Summit County and she said a great place was Springfield Bog. Then she said it was actually more of a prairie than a bog, but there is a bog there. Apparently late August is the wrong time of year to see the bog. Leave it to me...

I had a great walk in the warm(HOT!) sun searching for birds and bugs. Probably not my best decision walking the prairie path with a big lens on a hot windy day. But, what the heck, better than sitting at home with a cool drink in the air conditioning relaxing in my lounge chair...hmmm...well too late.

This really is a nice quiet place away from everything. The path is flat and winding and you're surrounded by the prairie plants and some nice woodland. LOTS of butterflies were out, though this time of year isn't the easiest for birding. I did see a few Field Sparrows out in the middle of the prairie, but the sun was too bright for photos of those guys...not to mention the fact that they were popping up and down playing hide and seek. "Whack-a-Mole" is much easier! 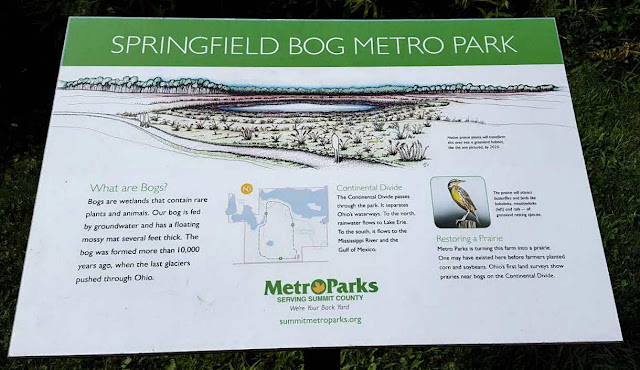 I took a pic of the sign because I knew I wouldn't remember this... 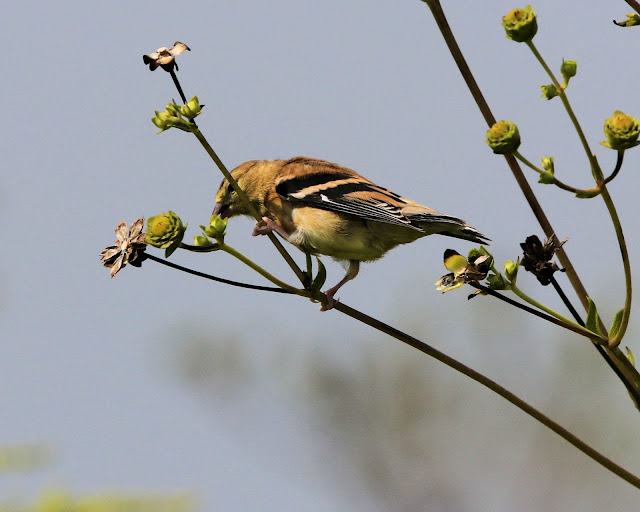 There were dozens of fledgling American Goldfinches begging for food!
This guy was picking at the flowers and buds trying to figure things out. 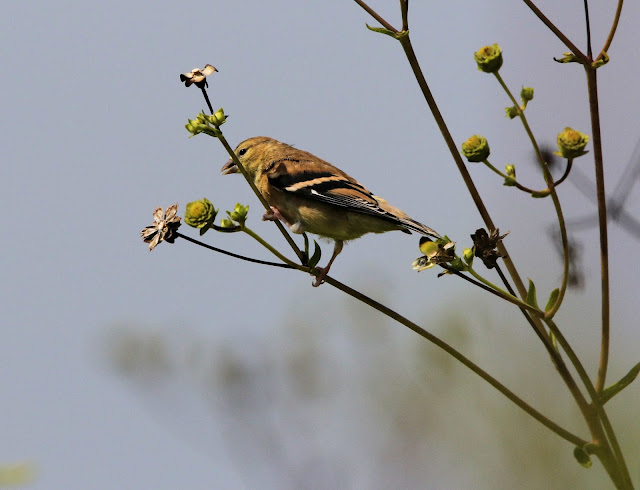 He gave up and decided to wait for dad to come in with lunch...or was it breakfast? 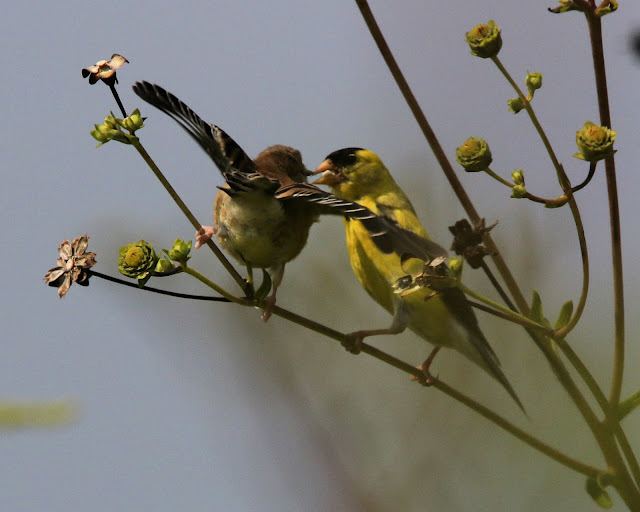 Good time for the wind to pick up again!
Shooting in an open area on a windy day makes me say naughty words out loud...
"Poopy poopy pooiness!"
Like that. 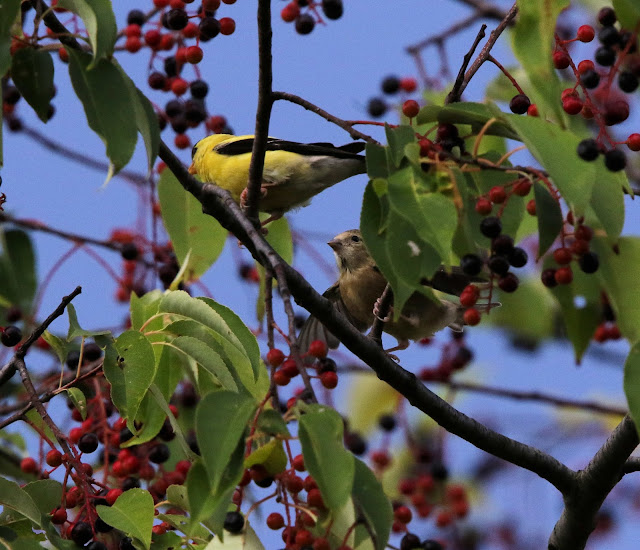 Another hungry mouth to feed! 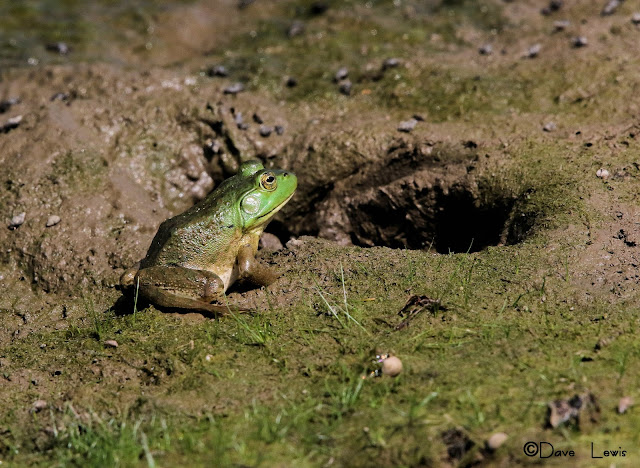 I learned something today!
See the ear spot on this Bull Frog?
If it's about the same size as the eye, it's a female.
I never knew that. 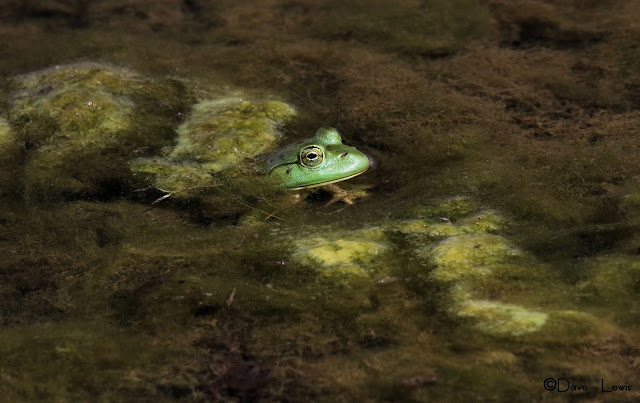 These frogs were in the man made "mini-bog." Well I'll be!
It's a Milkweed Tussock Moth on, of all things, a milkweed! 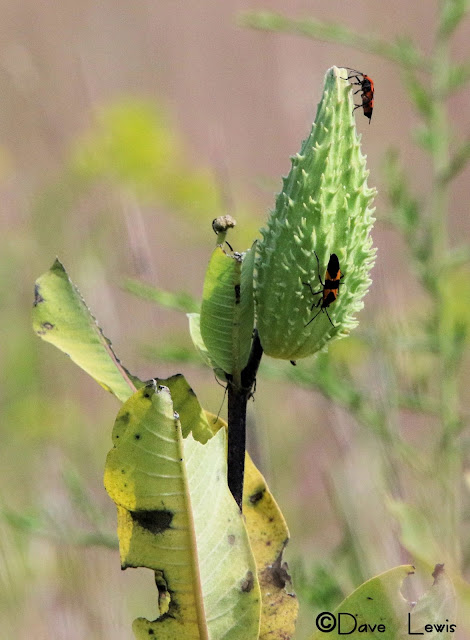 See those large bugs on the milkweed?
They're called "Large Milkweed Bugs."
Finally, a name that makes sense... 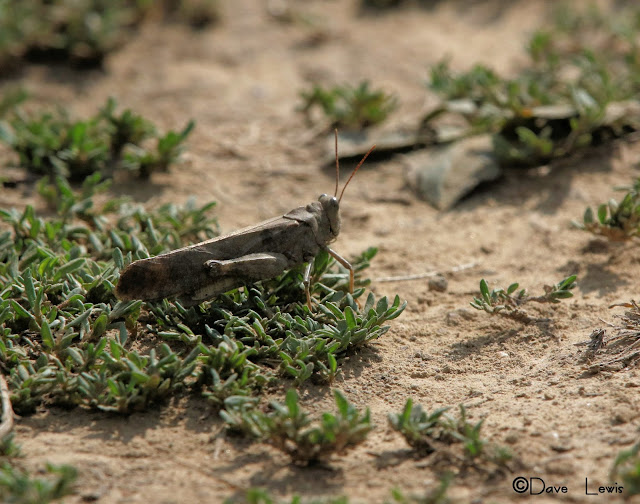 I looked at him and said...
"Snatch the pebble from my hand, Grasshopper."
He didn't get it either...must not watch enough old TV. 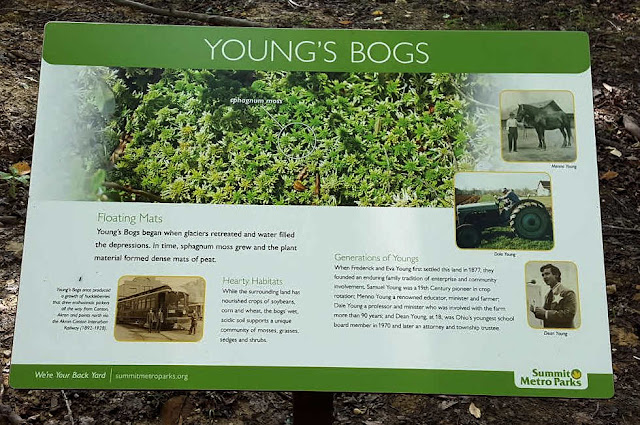 Walking down the trail, I followed a cut off into the woods.
There I found this sign...and lots of tall scrub...I think the bog is under there...somewhere... 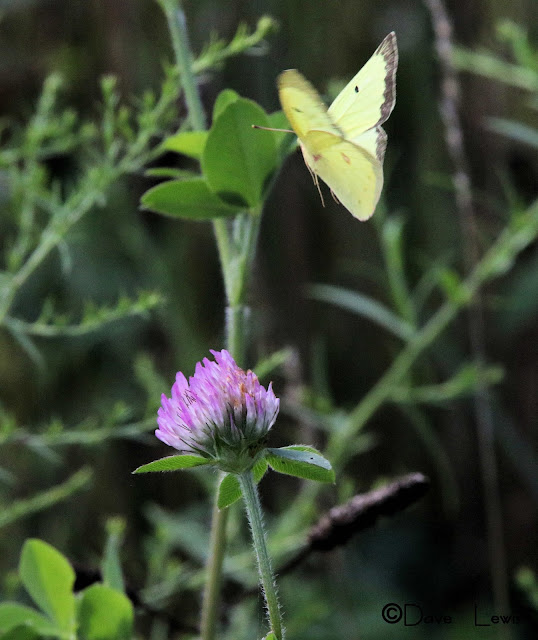 Ya know, if that Clouded Sulphur would have stayed  still this would have been a lovely photo.
They don't listen well... 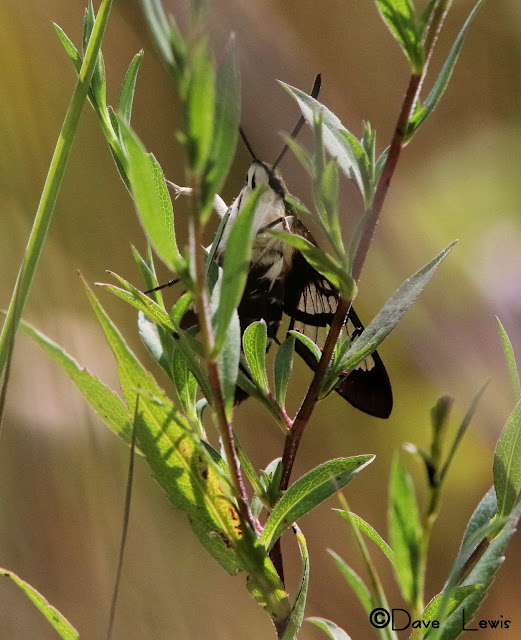 This Clearwing Moth was trying to stay out of the wind...and out of my field of view.
They are really cool moths that fly in the daytime nectaring of flowers. 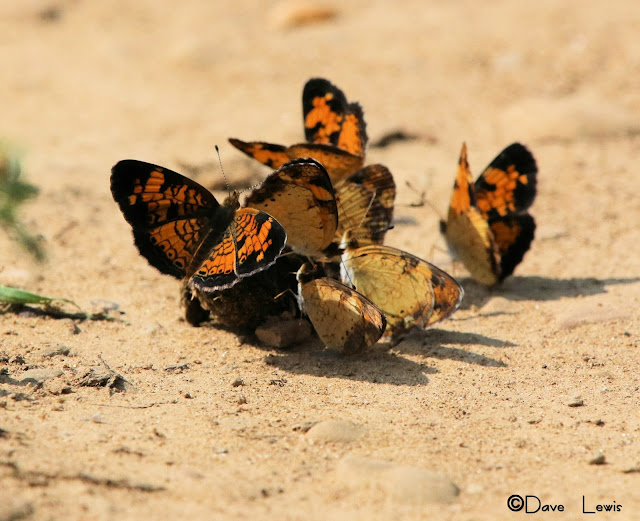 ...and then we have this Pearl Crescent gang...nectaring on...uh...well...
Let's just say that not every dog walker takes care of their business... 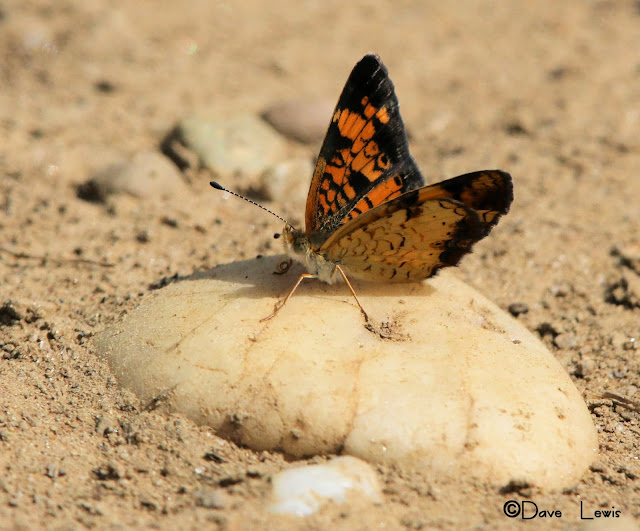 Pearl Crescents are a rude bunch.
I've never had a butterfly stick its tongue out at me before.
Not nice. 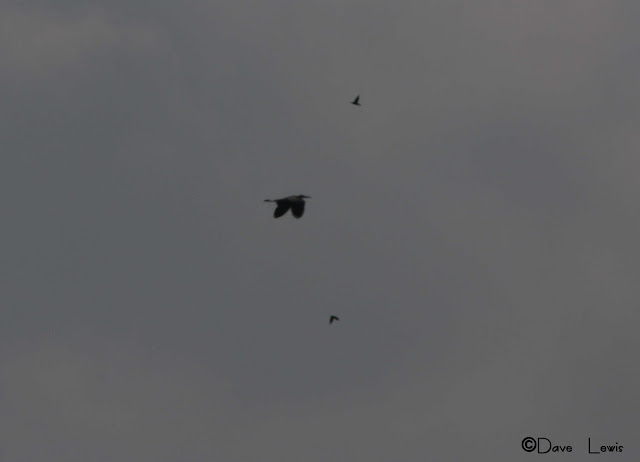 Pterodactyl.
Tell your friends you saw it here first!
Really.
I Don't make this stuff up you know!
Well...sometimes I don't...
But still, it's a Pterodactyl.
Really. 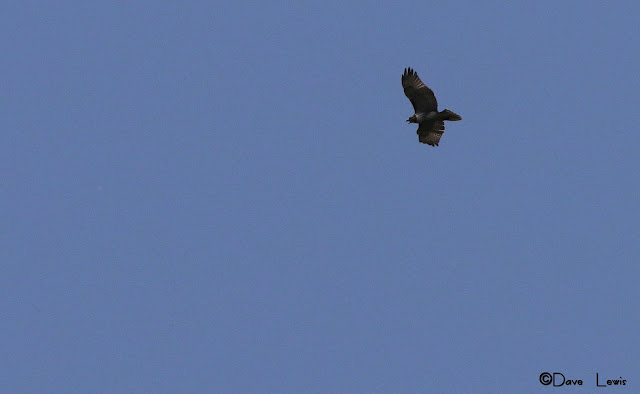 Well, this is a Red-tailed Hawk.
It really is and I saw it with my own wacky eyes. 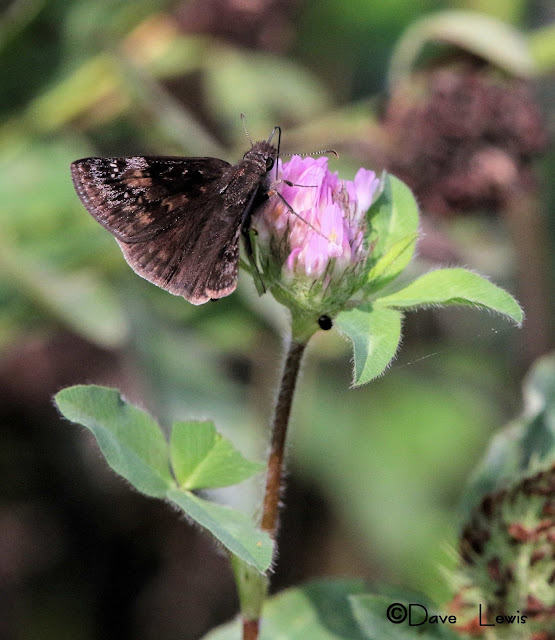 LIFER!
I was chasing these dark little butterflies all over with my awkwardly large lens.
A few folks walking by, I'm sure, thought there was something wrong with me.
(Watchit! I can hear you!)
This was the first time I got a photo so I could look it up. 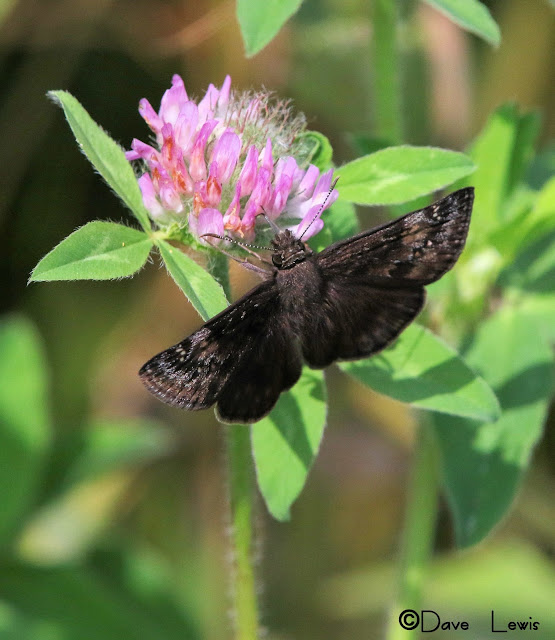 I love it's name..."Wild Indigo Duskywing!" 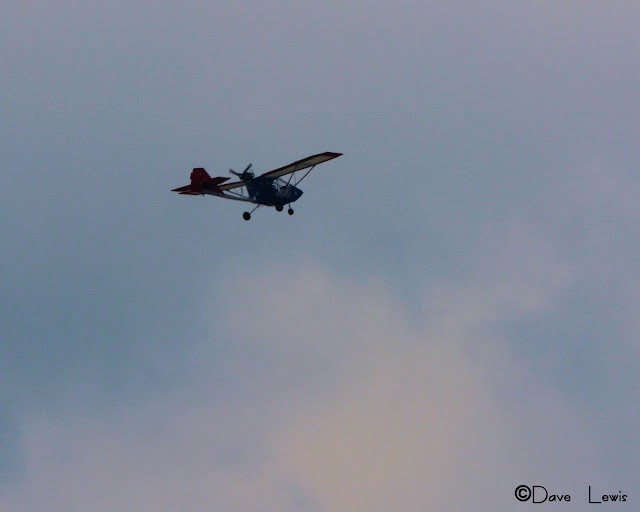 Hmmm...can't find this one in ANY of my field guides! 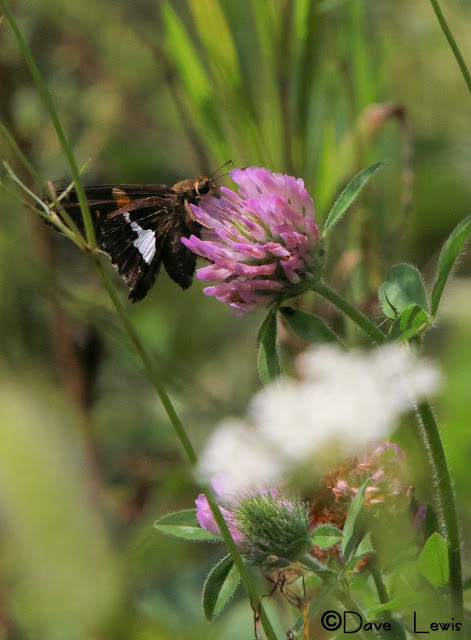 Silver-spotted Skippers were all over the place! 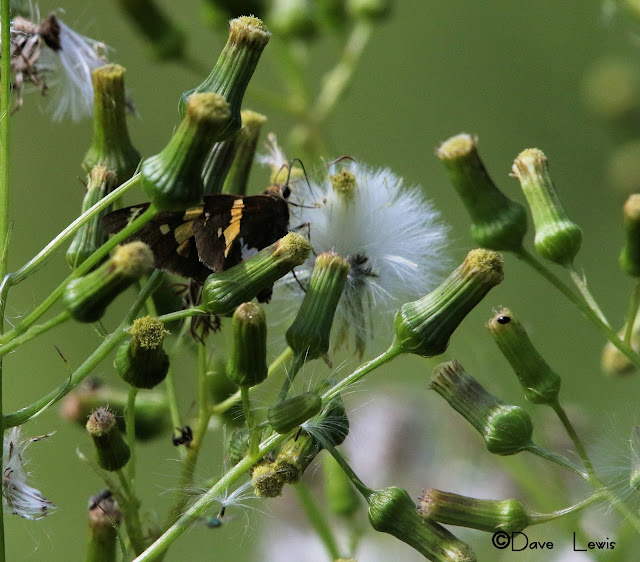 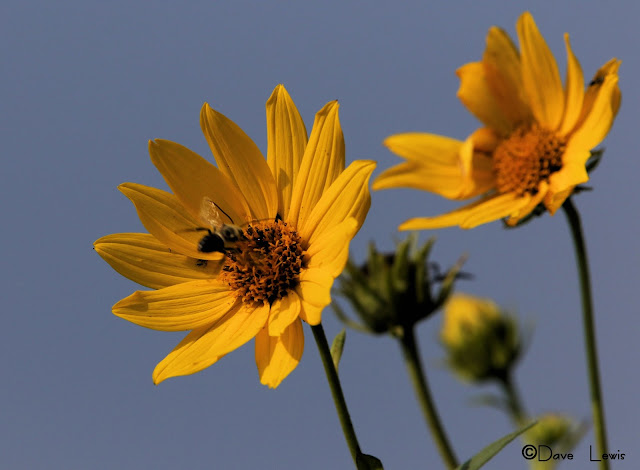 I was trying to catch that Bumbly Bee on the flower, but the wind kept blowing him around.
Being a bumbly is hard work... 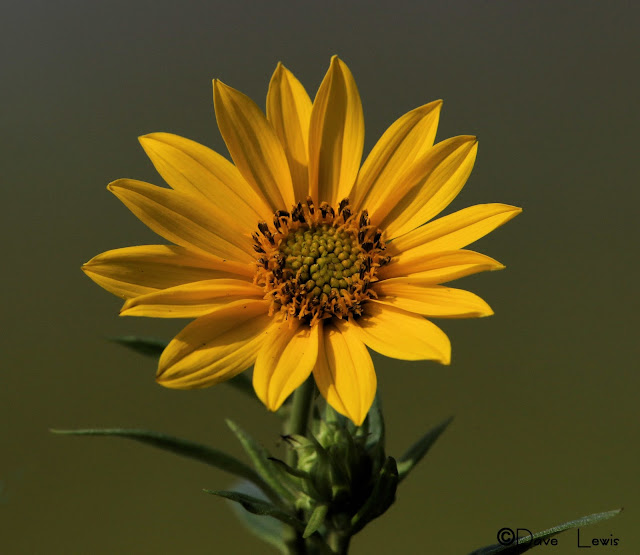 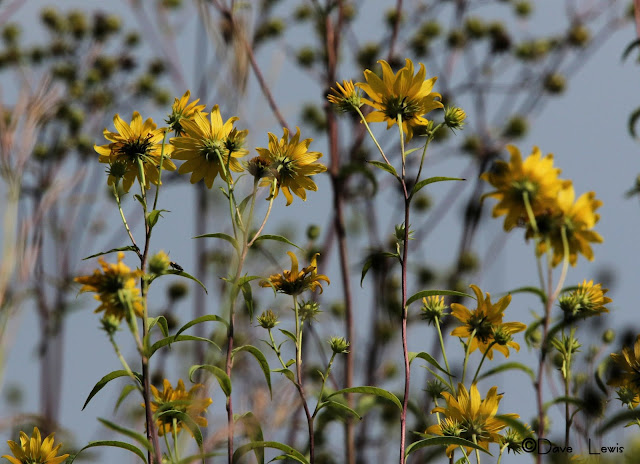 You didn't think it could be done...
"Flowers From Behind!"
Another Dave Lewis blog coming soon to an internet near you...
(Hide your children!) 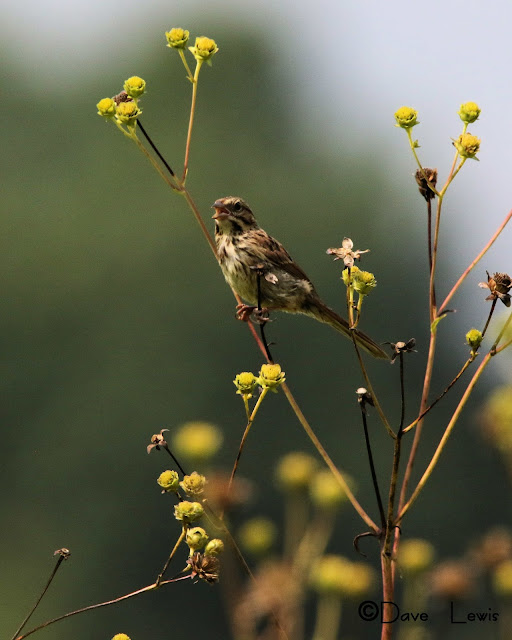 It was sooo hot, even the Song Sparrows wanted to sweat...but they can't because they're birds.
So they just hang around with their beaks ajar.
Wow, the lessons learned here are amazing, aren't they?
Or not... 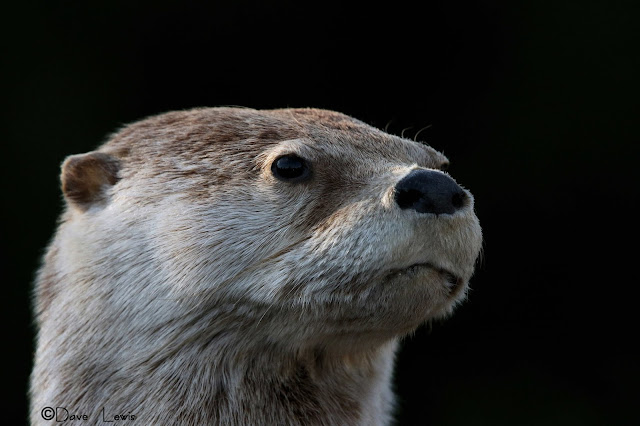 Just in case you're wondering, there aren't any otters in a bog...or a prairie...or anywhere I am.