What Happens When One is Unprepared?... 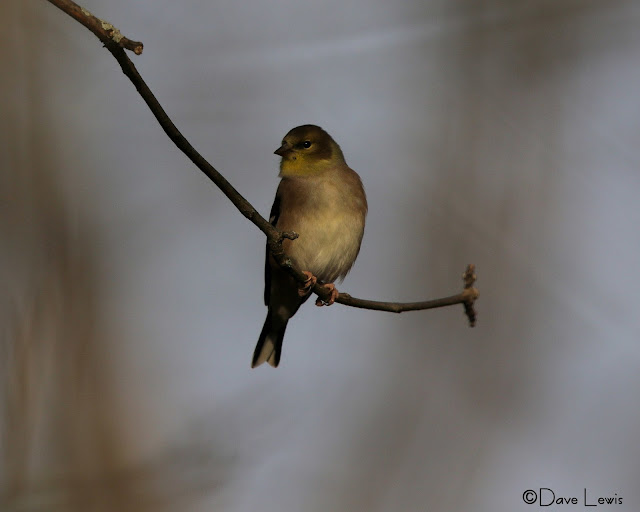 This American Goldfinch looked so soft and cuddly!

Yep, one of those days...I was telling brother Phil about the otters that reside at Pond Brook( you know, that place I go to to NOT see them!) He thought he'd like to visit the area and see those wily otters. Oooo...yeah...if I take someone with me they're bound to show themselves! Right? It seemed like a plan.

I got up early-ish...Phil is NOT a morning person...fired up the new BirdMobile, dropped the top...turned the heat on high(Not a cold weather vehicle!) and headed for Philio's abode. Being the older and much wiser brother...ahem...he gave me directions, I actually came close to missing the turn, BirdMobile cares not and can take any turn at full speed...at which point Phil's breakfast came close to shifting to the wrong side of his face. After calming down he told me to turn left at the next intersection just in case I was not paying attention as was the case that morning. I turned right of course! He was prepared for a different area of Liberty Park. More surprises! Wheeee!

After I found a suitable place to park, I hopped out and Phil unfolded himself and we prepared to walk and see birds and otters galore! Hmmm...oops...where's my monopod? Nutz. I knew I would forget something. Well, time to learn to hand hold the "beast." "If I shoot enough pics, maybe one will be in focus without shaking." Phil, being the older and wiser brother, knew better...

Oh, I also forgot to check the settings from my last outing. It was dark in the woods here and the beast was set to under expose by one and a half stops...PAY ATTENTION LOOPY! Oh well... 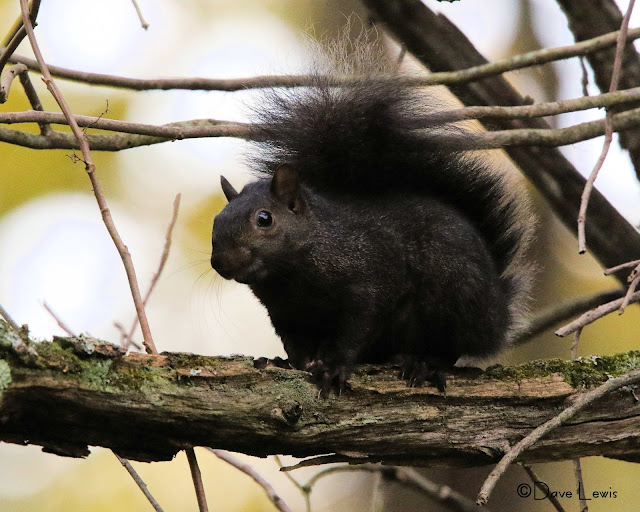 A not so gray Eastern Gray Squirrel. 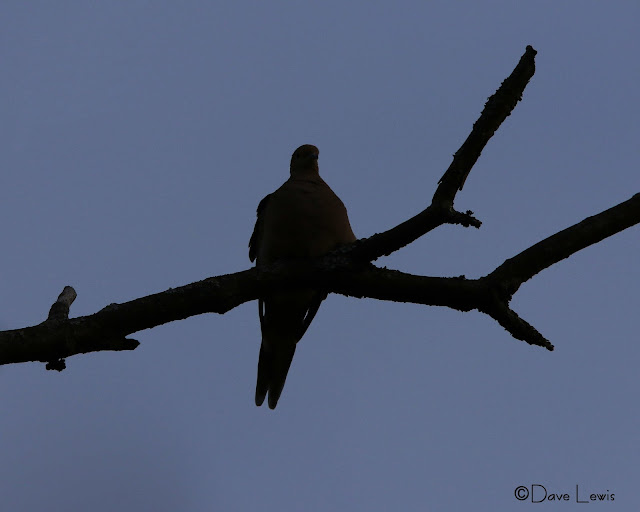 What happens when you under expose too much?
You get lots of silhouettes of Mourning Doves...among other birds. 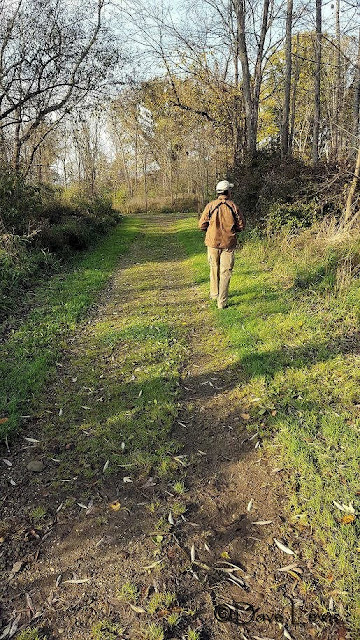 Phil is mumbling sweet nothings about his brother.
I can hear better than he thinks... 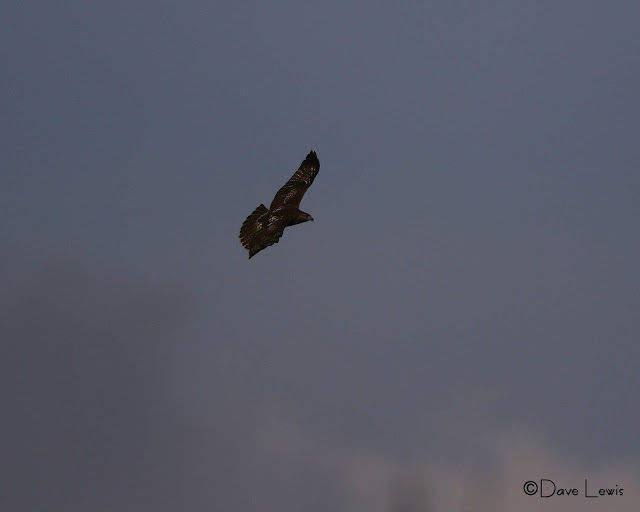 One advantage of under exposing, the skies don't get blown out!
This Red-tailed Hawk was circling over us...and I could hear it laughing. 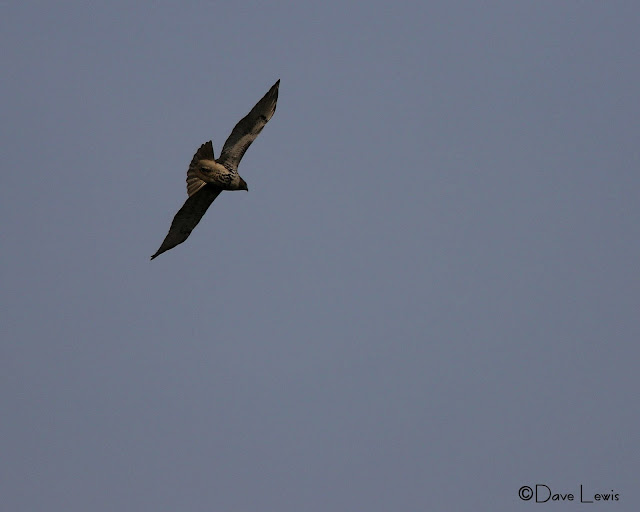 You don't often get a butt shot of a hawk! 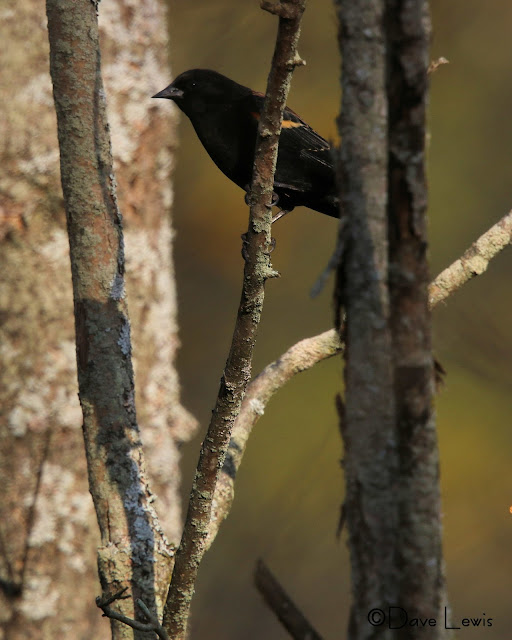 There were still a few first year Red-winged Blackbirds hanging around.
I think I actually like the lichen on the tree better... 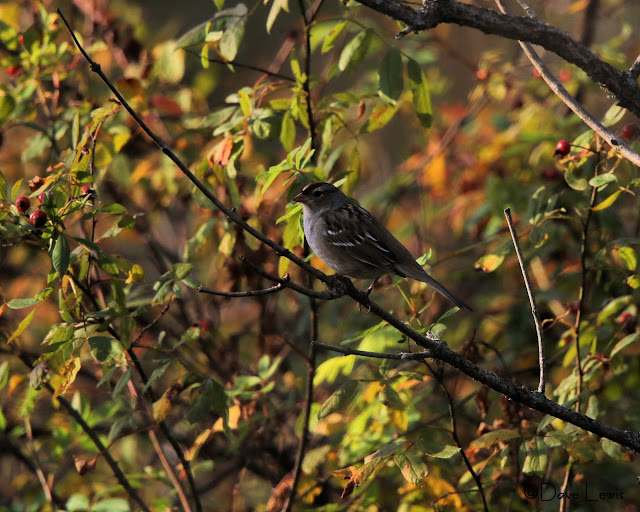 We didn't see many birds on this morning which was very odd.
We did, however, see quite a few White-throated Sparrows in the scrub. 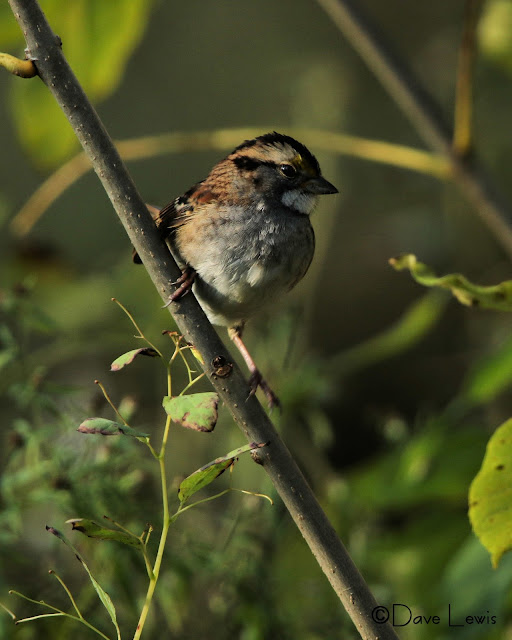 This little guy looked like he was going to fall asleep and slide down that branch! 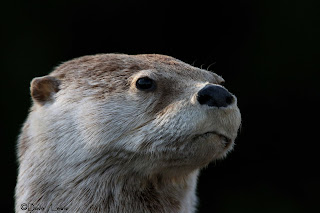 And the question of the day?
Nope, no otters...still...