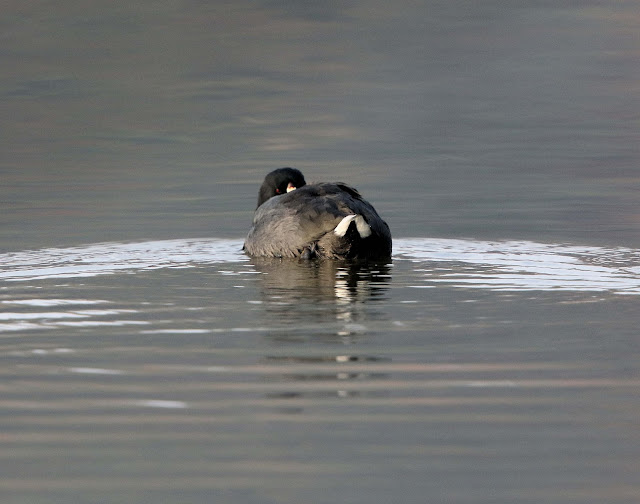 Just another old coot staring me down...

Yes kiddies, at long last we've reached the end of our rope...uh...I mean my travel photos from Asheville. And you secretly hoped it would go on forever didn't you? Imagine me with a slide projector and a monotone voice, what fun! Hmmm...must be why only 12 people showed up at my last presentation... 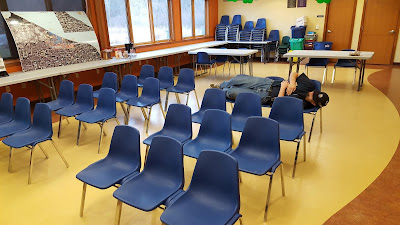 My audience at the Ottawa National Wildlife Refuge presentation from December.
And you missed it...

So...back to Asheville, North Carolina...we did see a few ducks and watery type birdies on our morning walks...through the haze and smoke of the ever present forest fires(which have nothing to do with global climate change because our new president said so and he's a world renowned authority on all things, but I digress...)

Where was I?...watery birds! Yep, we saw a few. I was expecting to see more ducks, but you never know with things with wings. So...here ya go, the last of the photos...then next week...WHO KNOWS WHAT COULD HAPPEN!!! (Yoiks, I better think of something quick!) 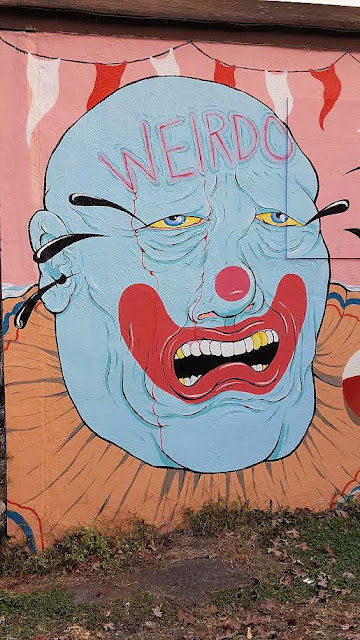 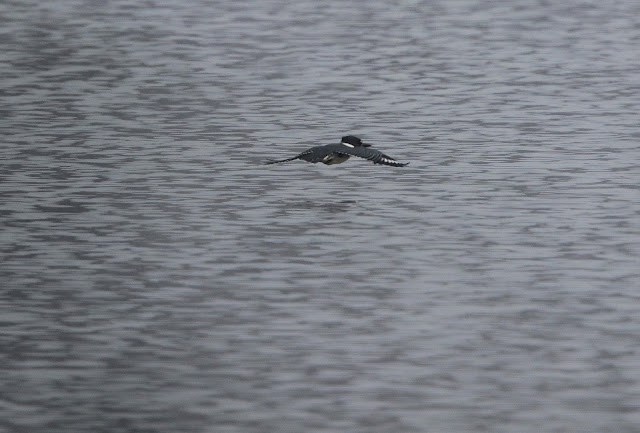 One of these days I'm going to get a Belted Kingfisher to sit still!
Maybe a little super glue here and there...nah... 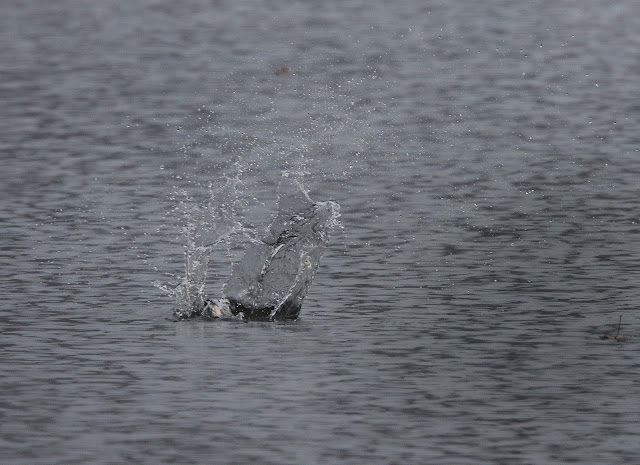 This is what a Belted Kingfisher looks like from way behind!
He made a nice "sploot" sound. 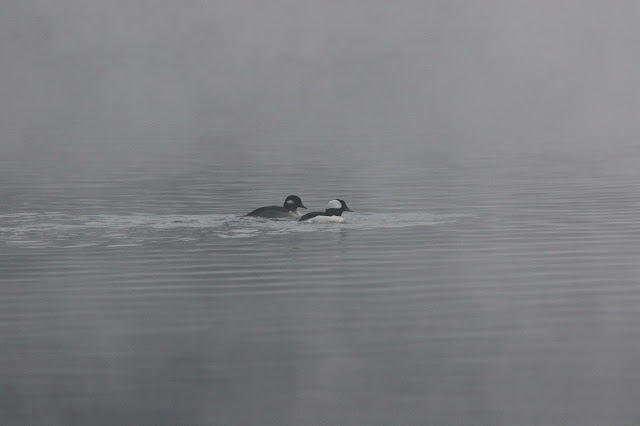 A pair of Buffleheads before they spotted me spying on them... 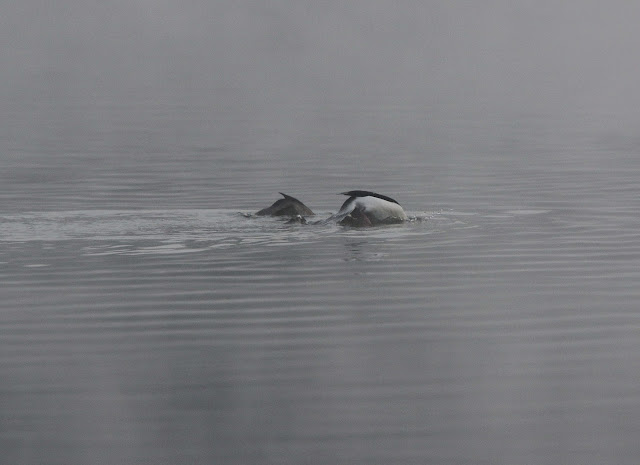 The same pair of Buffleheads after they saw me.
Rude ducks....or were they posing for "Birds From Behind?"
We'll never know for sure... 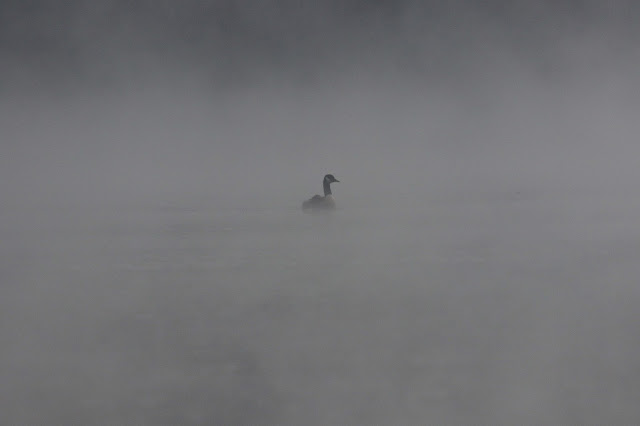 Yep...just a little bit of mist and smoke out there!
There was a flock of Canada Geese hiding in that fog back there somewhere... 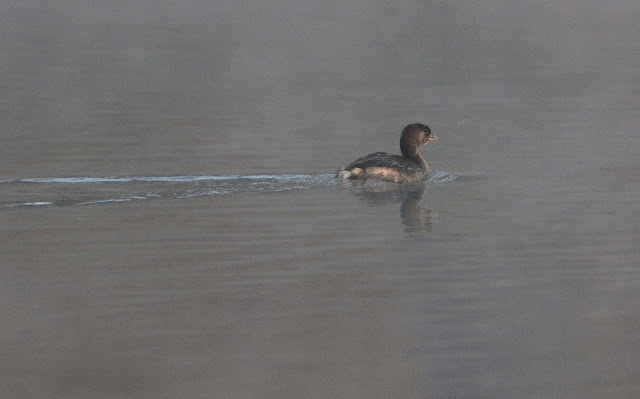 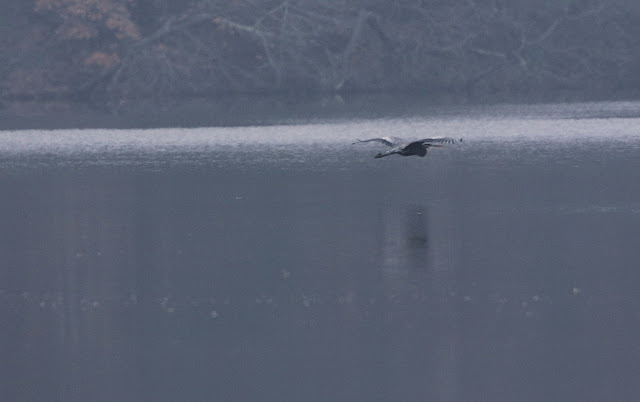 I got a bounty of butts!
Everyone including this Great Blue Heron was trying to escape from my camera! 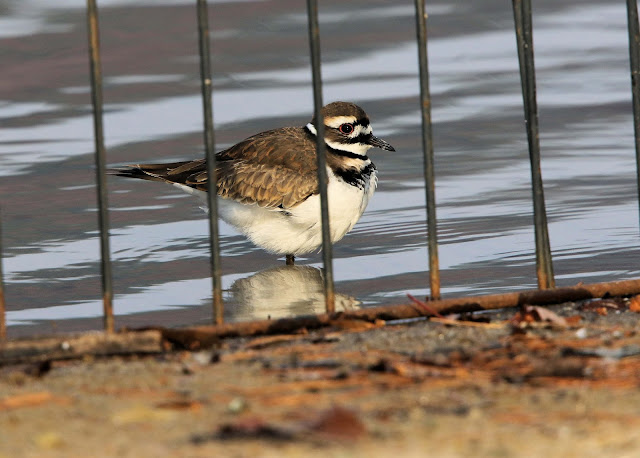 Bad Killdeer.
He had to take a time out for using profanity. 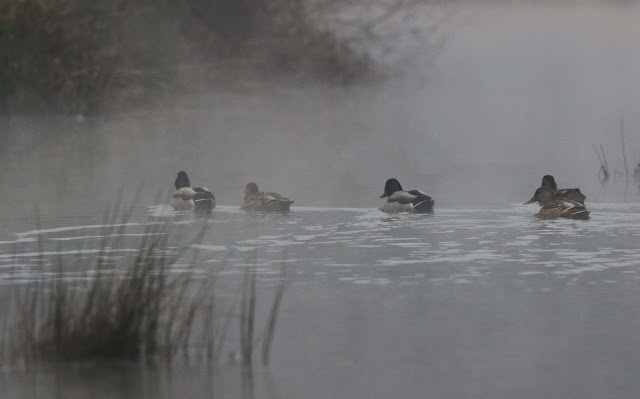 Mallard.
There's a joke I want to use, butt I'd end up in profanity prison like the Killdeer.
What do you call a fat lazy Mallard? 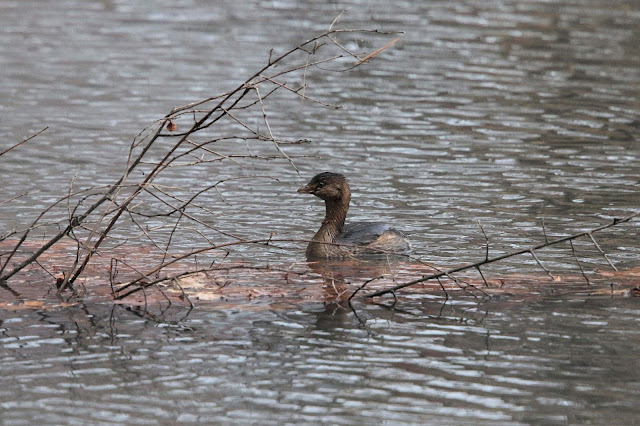 Did I mention plenty of Pied-bills?
Boy, I could go for some pie right now... 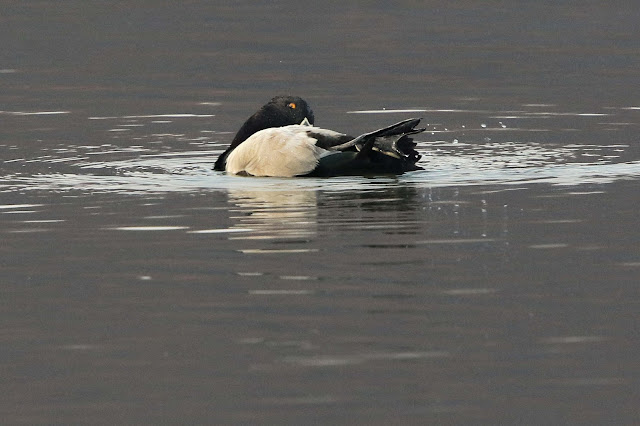 I have no idea what was up with this Ring-necked Duck...
The look in his eyes scared me and I ran away. 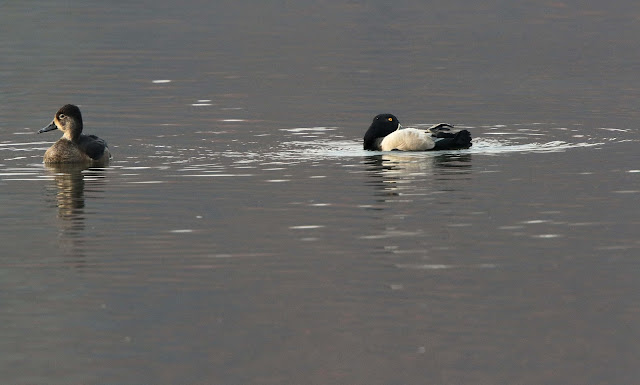 I think the female gave him the cold shoulder and he decided to try and play dead.
I don't think she cared... 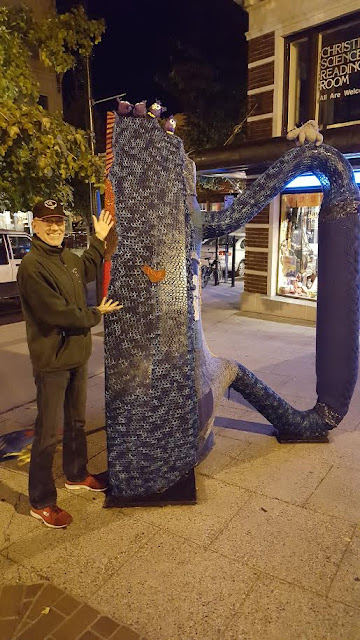 By the way, if you are ever in downtown Asheville, don't stand still too long.
They have knitting gangs and they'll cover you up!
Street sculptures, bicycles, parking meters and more were covered.
Very odd folks down there...but I mean that in a nice way! 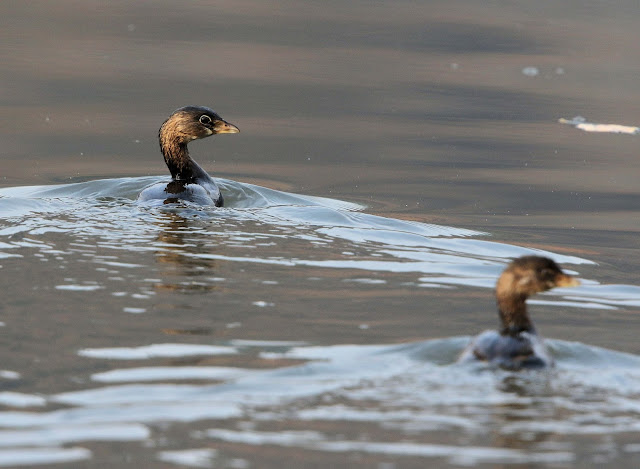 I'll leave with some Pied-billed booty!
Have a great time out there chasing some birds!