*If some of these photos look a little fuzzy, thank Blogger for crashing non-stop as I write this... 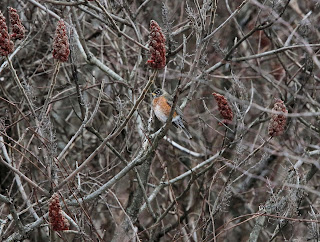 In another feeble attempt to escape the non-stop nonsense of the current administrations insistence on using "alternative facts" and "incomplete truths" I went to the woods. It actually seemed to work! Now if only I could do this everyday...

So...where was I you may be asking...or maybe not...but I'll tell you anyway because this is my blog! Jeez...after all that I forgot where I was...uh...hmmm...Munroe Falls Metropark!  If you followed me you would have wandered around 4 miles of trails listening to me talk to my feathered friends, asking them to come out for a chat and a photo. For the first couple of hours they talked a lot, but not to me. They all kept to themselves back in the woods or in the tree tops. I managed a couple of shots of a Black-capped Chickadee.

I had a nice walk and did manage to escape and have some great quiet time out there. When I was heading back to the lot and my car, a flock of 20 or more American Robins buzzed over me and into the scrub along the drive. I decided to try to at least get some robin shots...then I saw some grackles(ick) and noticed another trail leading to a neighboring nursing home. That short little trail provided all of the birds of the day. You never know what you'll find when you're ready to pack it in... 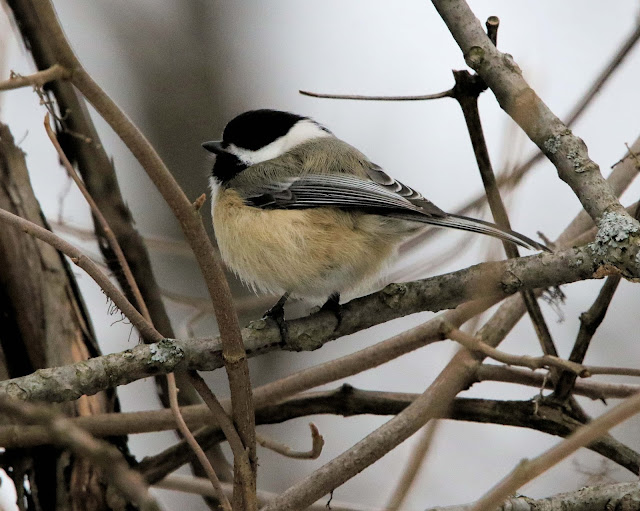 My lone little Chickadee.
Thanks little buddy for coming out to say hello! 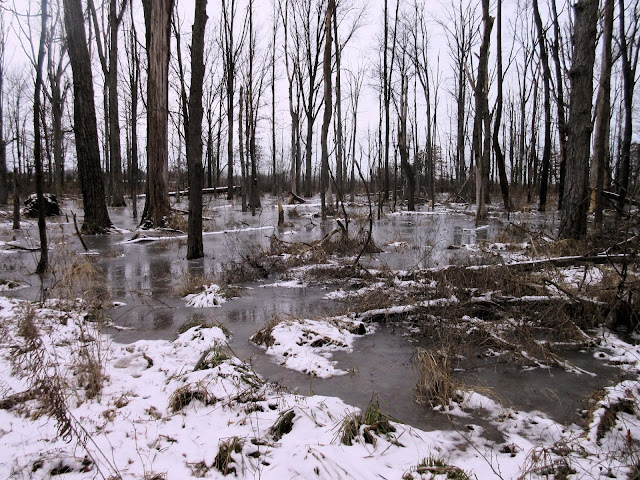 The not so wet wetland between the woodlands and the meadows.
Lots of ice...and no ducks. I heard Northern Flickers in there, but never had a clear shot.
I would starve to death if I had to hunt for my meals... 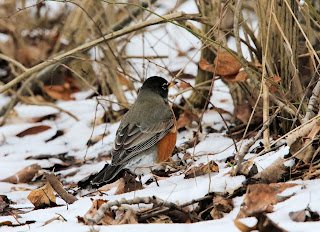 An American Robin leading me down a path to BirdLand! 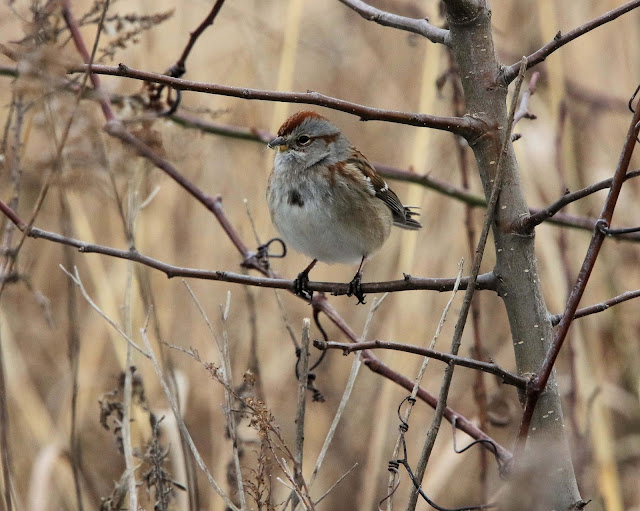 If I gave up I would have never seen this American Tree Sparrow. 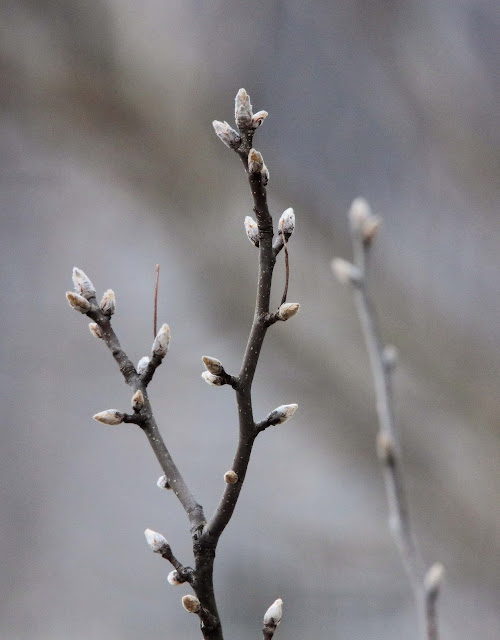 A sign of the screwy weather we've been having.
Lots of trees have buds already...but there is no climate change...nope.
A professional reality TV star and businessman that has run a number of companies bankrupt and has no education in science said so. And if he's says it enough, it must be true...or wait...false...wait...
I didn't vote for him. Let's hear for the corporate takeover of America...they're looking out for your best interests...
Sorry...mom said "If you don't have anything nice to say, don't say anything."
Pretend I didn't say anything. You should be getting used to that by now. 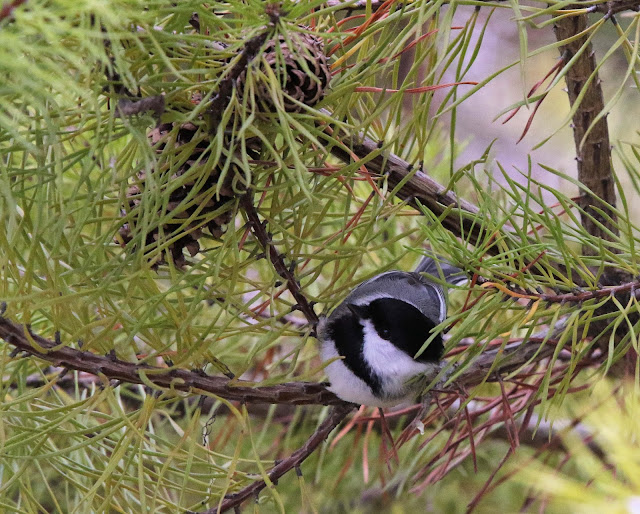 I spent a long time watching, and trying to get a photo of this Black-capped Chickadee bouncing around in this pine pecking at the cones. 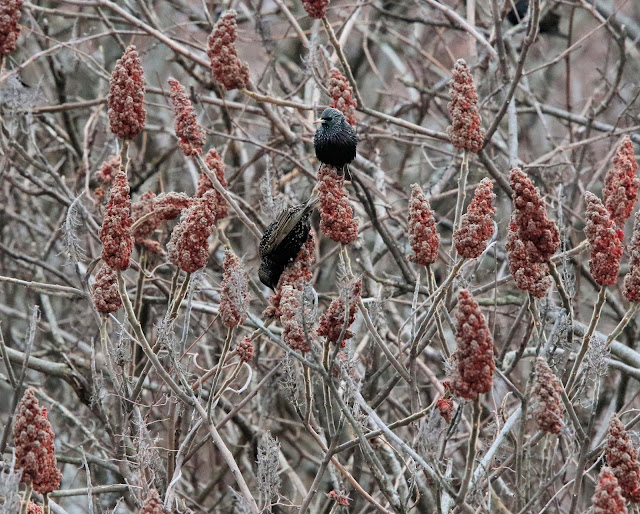 You know it's a slow bird day when I shoot European Starlings!
There had to be close to 50 bouncing around in the scrub. 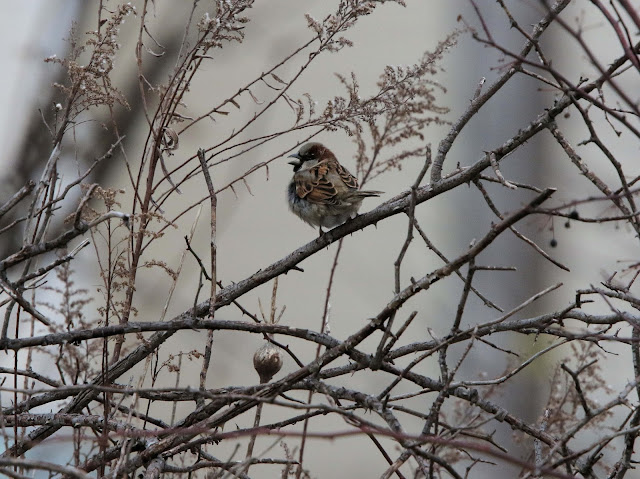 Yep, even a House Sparrow chirping his brains out. 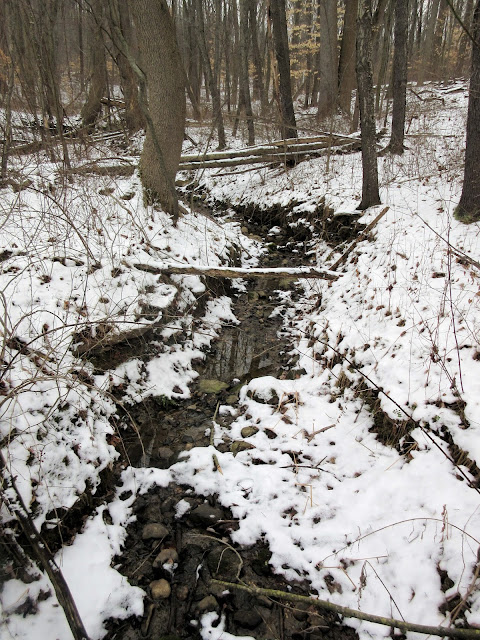 A nice little creek cutting through the woods.
I've seen lots of birds in here during the warmer months...soon... 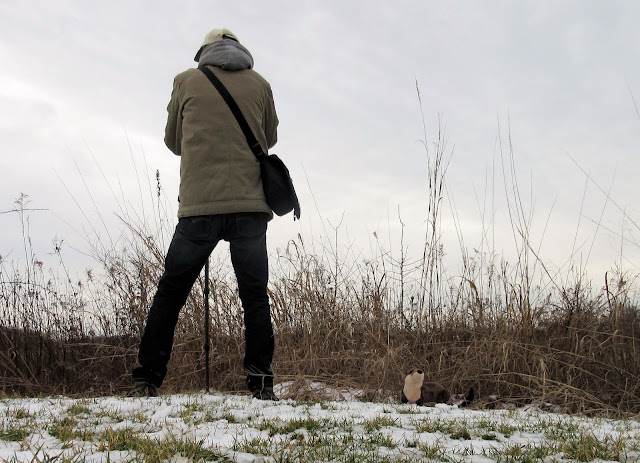 I give up on ever seeing an otter.
I don't believe they're real...stoopid animals... 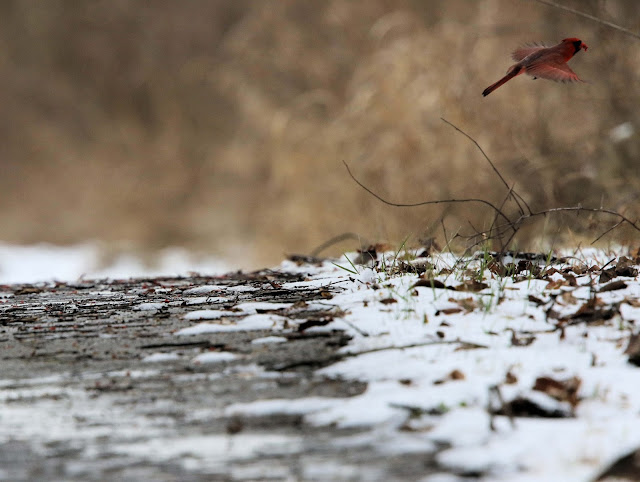 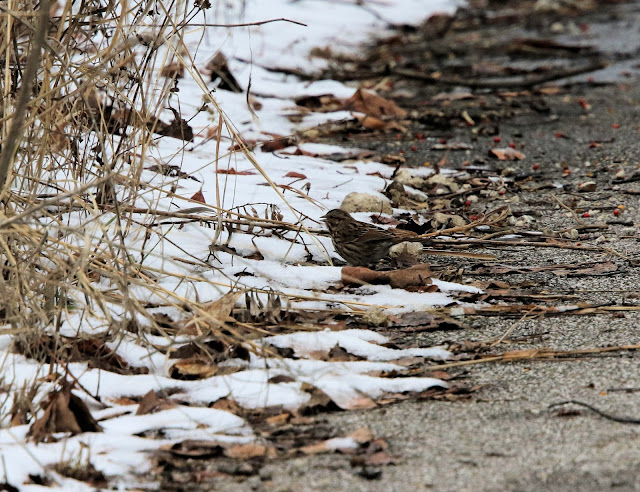 This Song Sparrow sang for a split second...then split. 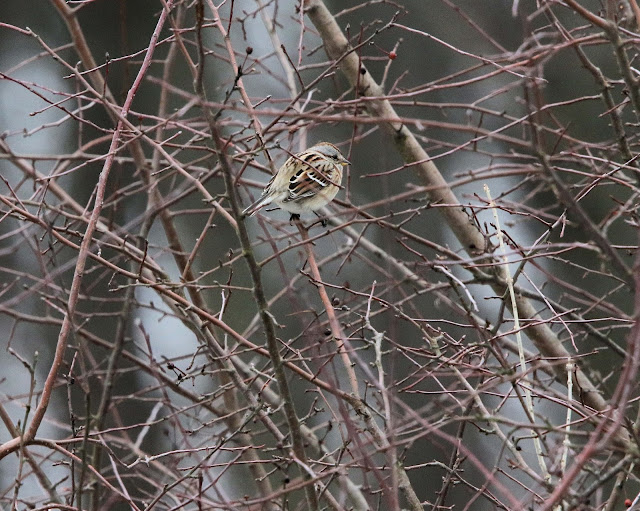 I think the nursing home has feeders out somewhere.
The Tree Sparrows were flitting back and forth to the trees from the buildings. 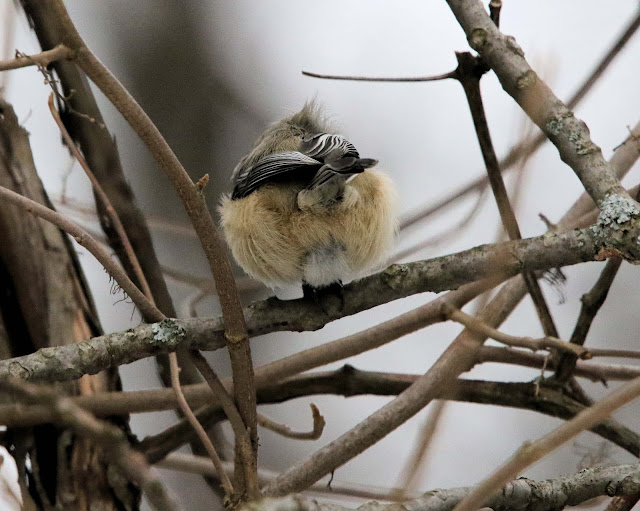 When I looked at this little Black-capped Chickadee in the wind I noticed his feathery comb-over was ready to take flight without him...great another reminder of "that guy."
Until we meet again...hang in there, it just has to get better...doesn't it?