Did You Know There Are Birds That AREN'T Warblies At Magee Marsh?! 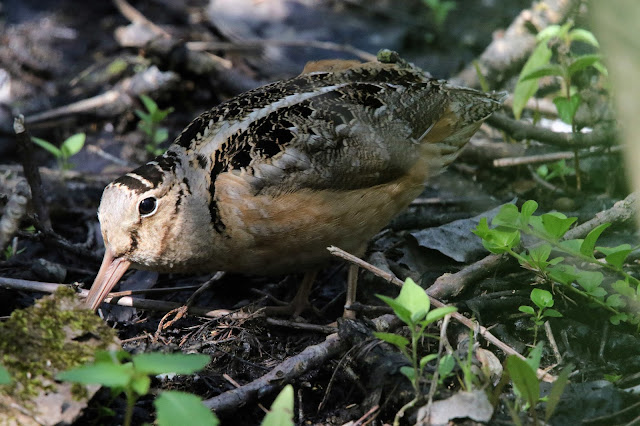 It's always cool to see an American Woodcock looking for fresh worms!

I have completely lost track of all the photos I've taken over the past month. So who knows what days of birding madness I'll be posting!

I do know WHERE I've taken everything...MAGEE MARSH!!! Rain or shine, I stopped by to visit my favoritest place in the world and to see my bird buddies...and the human ones at BSBO too!

No rain on this day...it was all sunshine and happiness! I spent about seven hours and never made it around the whole marsh...I still need to wander a little more..next weekend! You can never see too many birds... 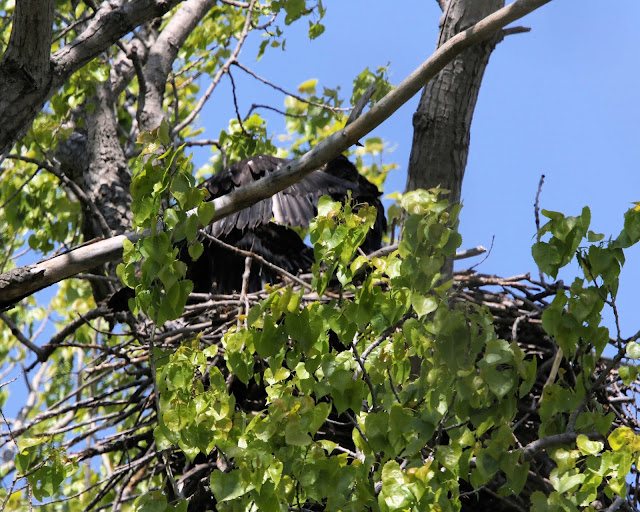 The Bald Eagle "babies" are HUGE!
I think it's time for them to move out on their own... 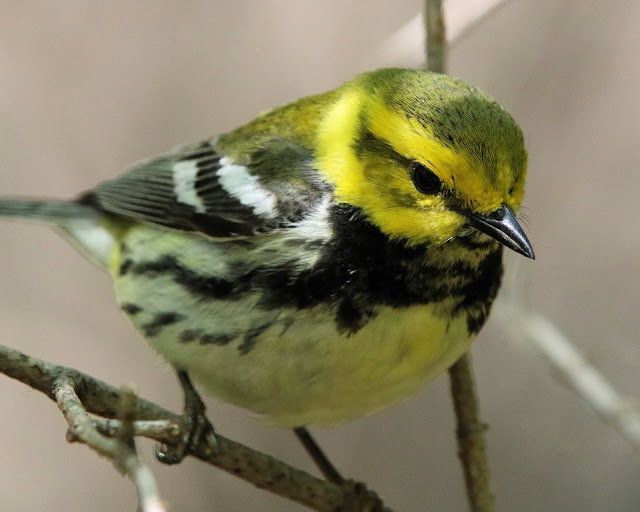 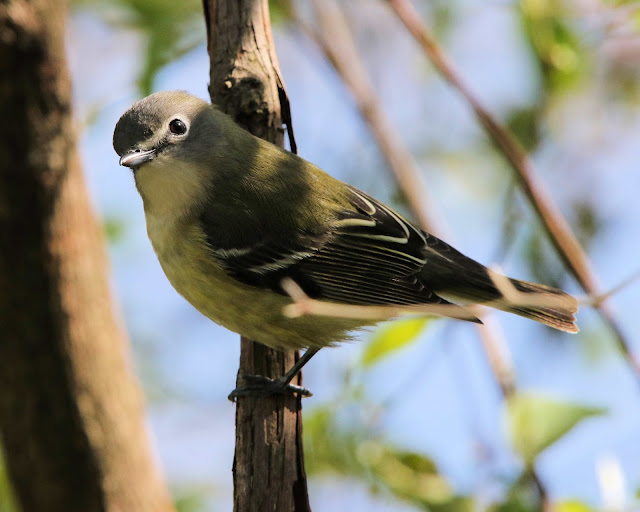 Blue-headed Vireos have a curious look in their eyes...maybe there was a bug on my hat... 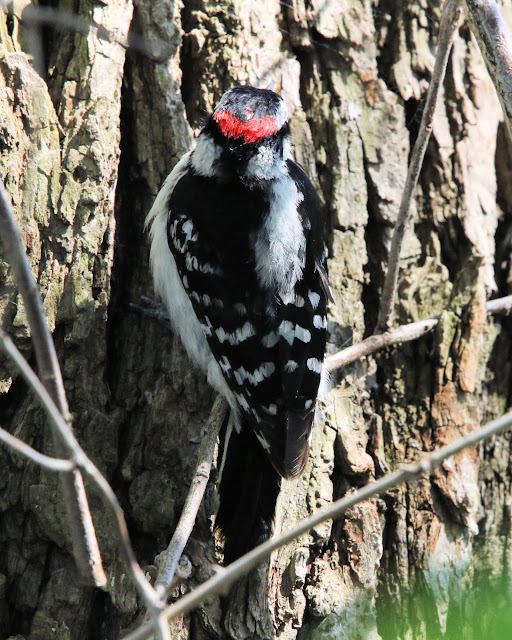 The Downy Woodpeckers were working hard at getting them lil buggies out of the bark. 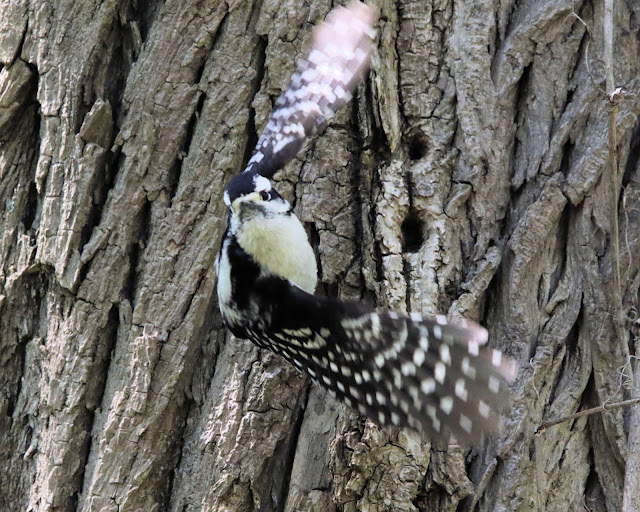 And he apparently didn't like having his photo taken...
(He missed me by the way...I'm quicker than you think!) 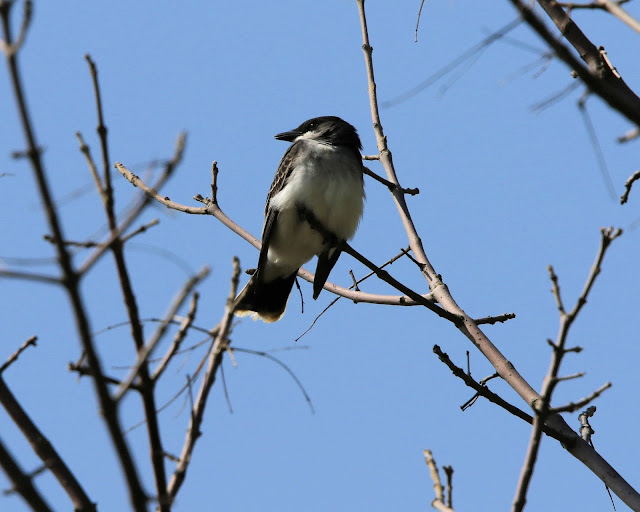 It's very hard to sneak up on a Gray Catbird... 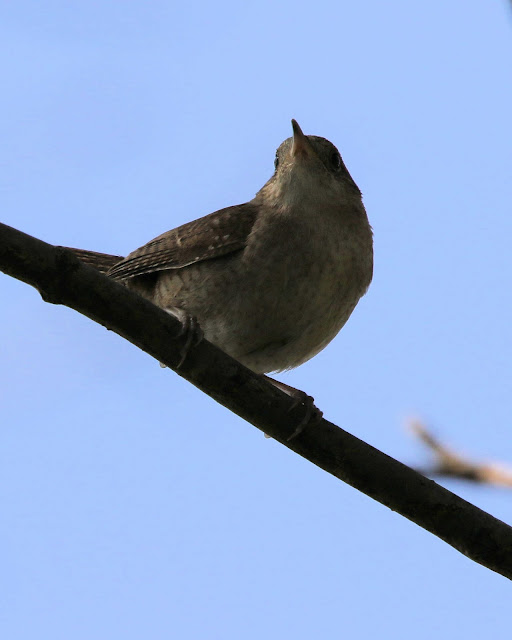 The House Wrens are back!
I think I hurt my neck with this one... 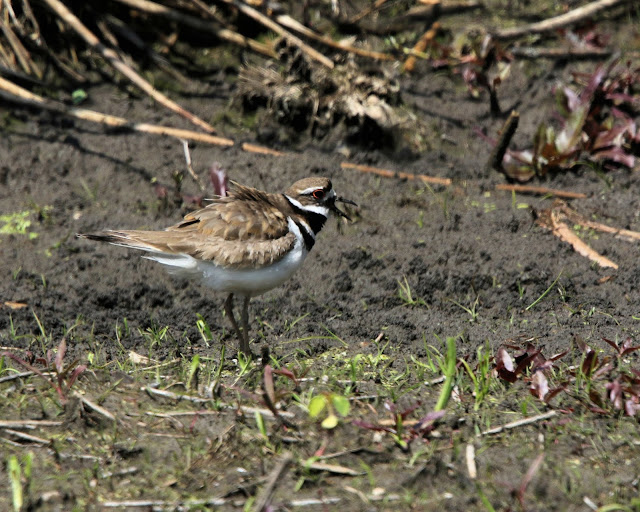 Killdeers need to learn to relax... 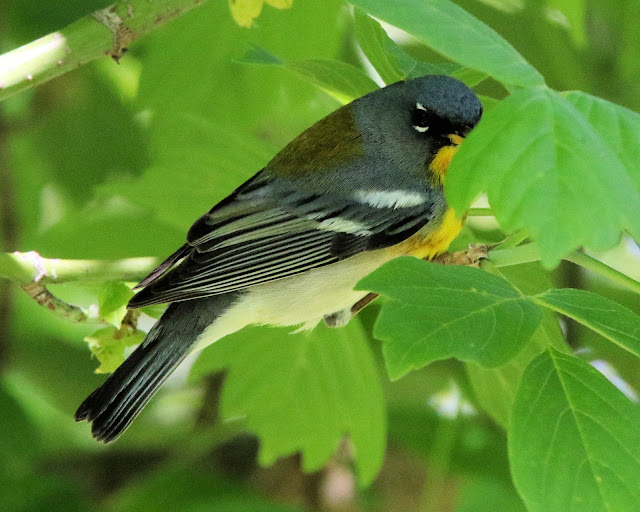 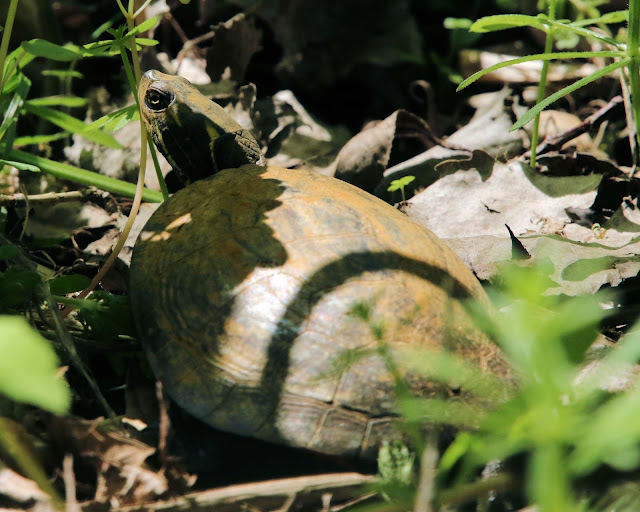 I did see quite a few Midland Painted Turtles though.
This one wandering through the scrub next to the boardwalk got a lot of attention.
"Is there a Mourning Warbly down there?!"
Nope, just a turtle... 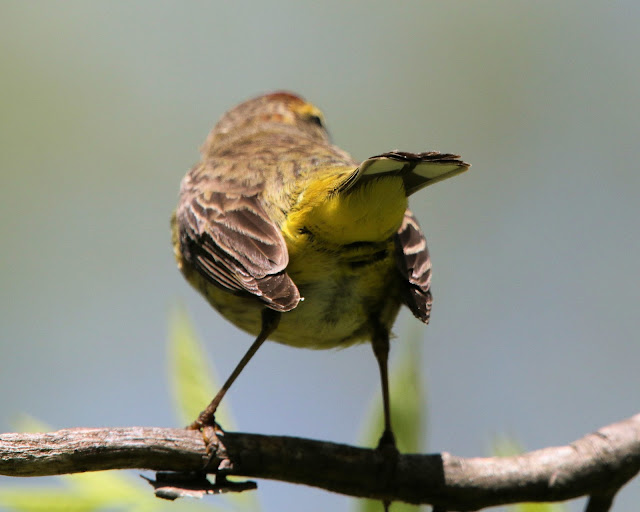 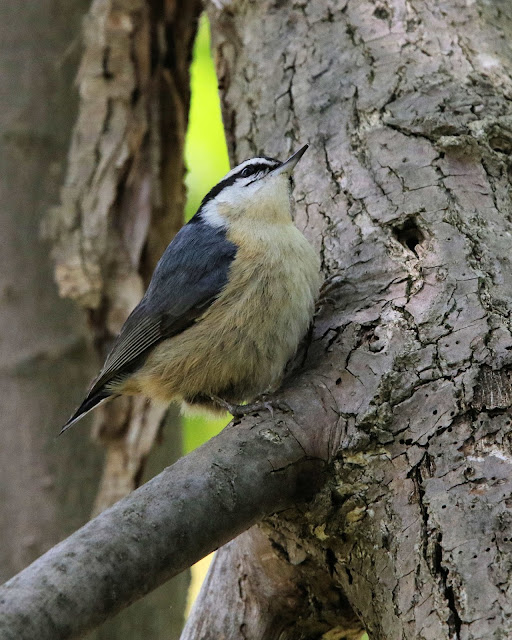 I haven't seen so many Red-breasted Nuthatches in a long time! 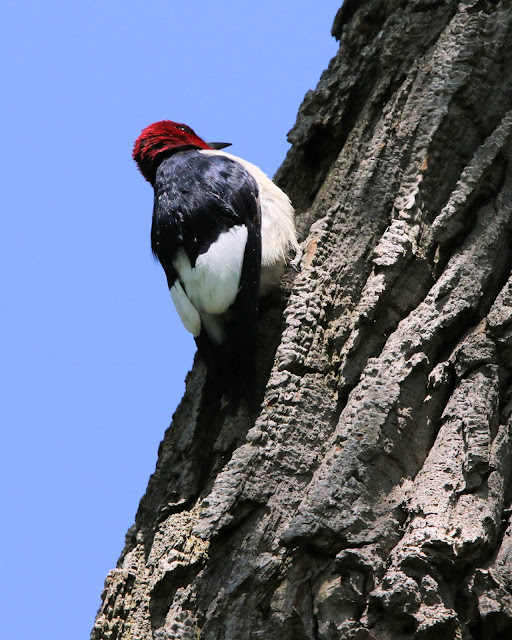 And a Red-headed Woodpecker made an appearance! 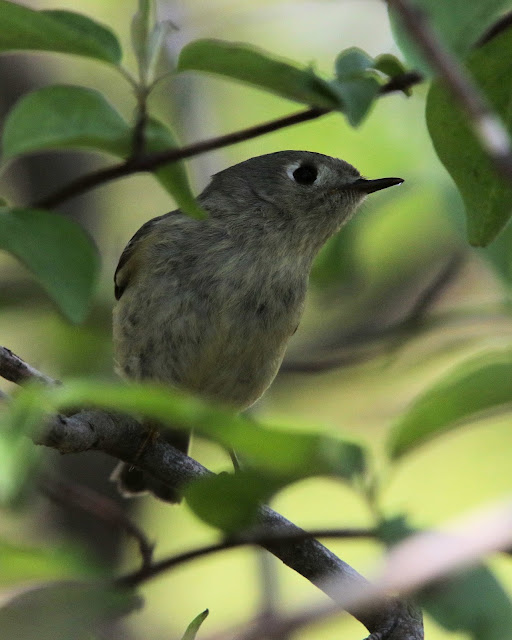 There's always dozens of Ruby-crowned Kinglets to catch your eye as they zip back and forth.
And sometimes they sit still...for a half a second. 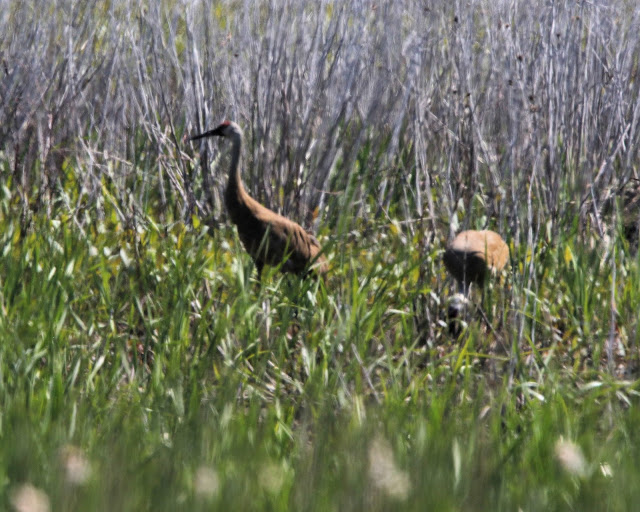 A pair of Sandhill Cranes were working through the far end of the marsh. 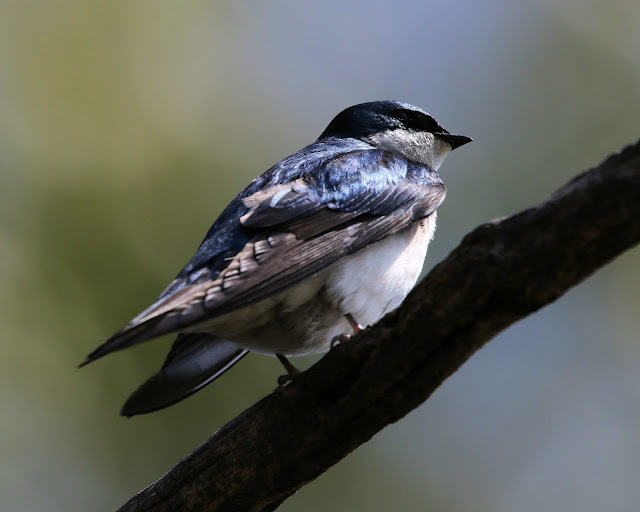 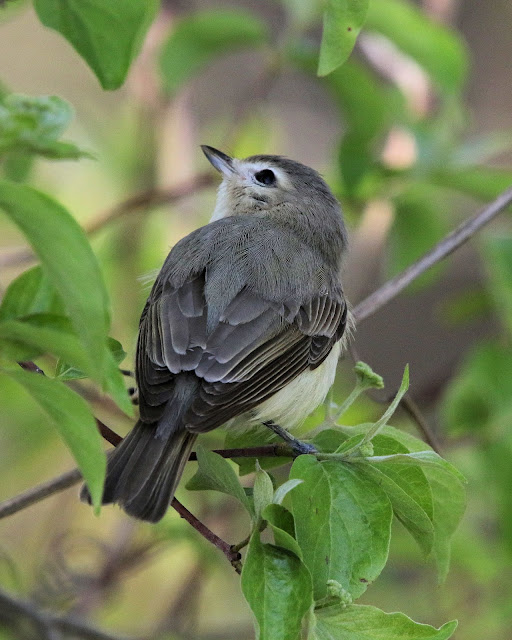 And a brief moment a Warbling Vireo wasn't warbling.
...mouth full of bugs I think...good manners. 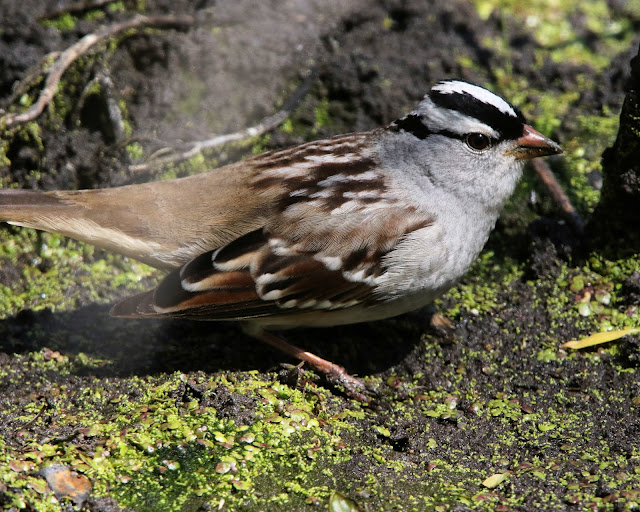 It always pays to look down once in a while...it's good for your neck, and there's White-crowned Sparrows down there! 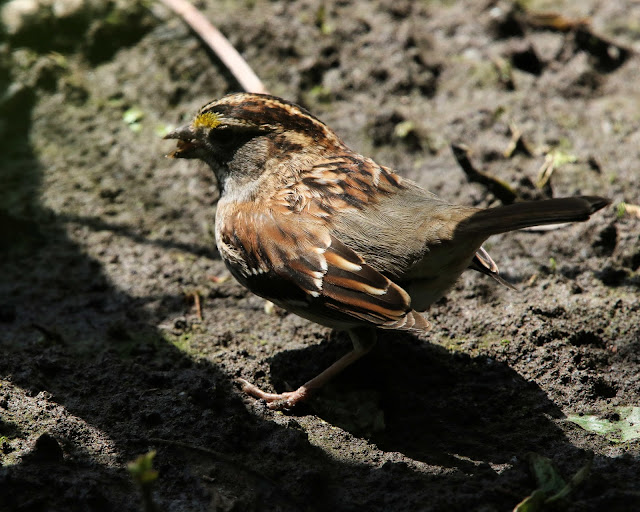 ...and White-throated Sparrows too! 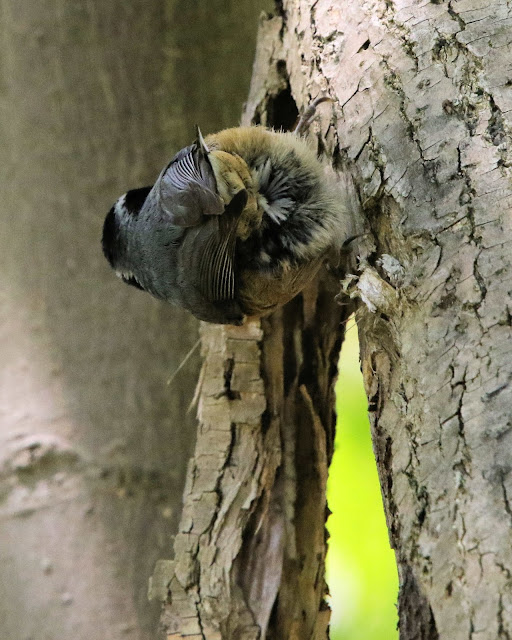 I'll leave you with this very colorful Red-breasted Nuthatch!

I hope to see you out there somewhere!