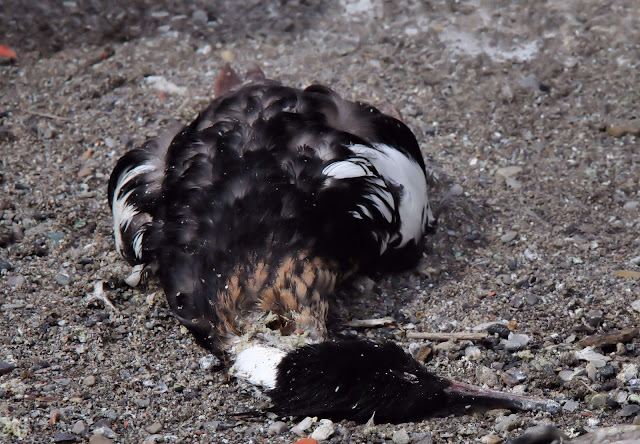 I've been asked quite often lately why I haven't been posting anything on this blog. I've avoided answering most people or just saying I haven't had anything interesting to share.

The real answer? With all of the news of the world, I've felt this blog and my humor were pointless and had nothing to add to or help with the current situation. Discussions of politics have alienated a few friends so, I just thought it best to not say a word.

This may be my last post for quite some time, so I'm going to say what I think and you can comment if you like, call me names, whatever you like...or just delete this. People often forgot that they don't have to view or read everything in front of them, you have free will, at least for now.

Let's just stick to the main problem right now...that man named Trump. He's an obvious racist, making a joke of the Native Americans that were WWII heroes with his snide comments, his constant attacks on Muslims, going as far as re-tweeting anti Muslim hate videos. He is supposed to be a leader. A leader should be tactful...unless of course your hero is Hitler, then I guess what Trump is doing would be fine...Muslims, Jews...what's the difference?

He and so many of his rabid followers claim to be good Christians, yet they profess hatred and greed. Aren't Christians supposed to help their neighbors? Love everyone as they were your equal? I'm not a religious person, so maybe I'm mistaken...To Trump and his ilk, getting rid of health care has been one of their priorities. Health care is bad for America, we need to keep our citizens weak and starving and struggling to pay for over priced meds. Escalating our war machine is a better way to spend tax dollars in their minds.

And then there's those wacky Republicans trying to force through their own tax agenda. Democracy? That has no place in our government any longer. Tax breaks for the rich and large corporations, the middle class and the poor will pick up the slack as usual. Trickle down didn't work for Reagan and it won't work now.

There's so much wrong with him and the policies he's trying to force upon us...The lack of gun control, mass murders must not be a big deal after all...gotta build that wall! The wall will save Mexico from our mass murderers and gun dealers, maybe it is a good idea. And don't forget about the environment...a few hundred temporary jobs building a pipeline...or cleaning up oil spills is much more important than clean air and water. More Coal! It's clean!

Read faster! Net Neutrality is going away along with First Amendment rights and blogs will be a thing of the past, unless you're rich enough to able to afford internet service and have the right lobbyists backing you.

Well, I better stop now before my blood pressure gets too high, I won't be able to afford my drugs soon.