Meandering in the Meadow... 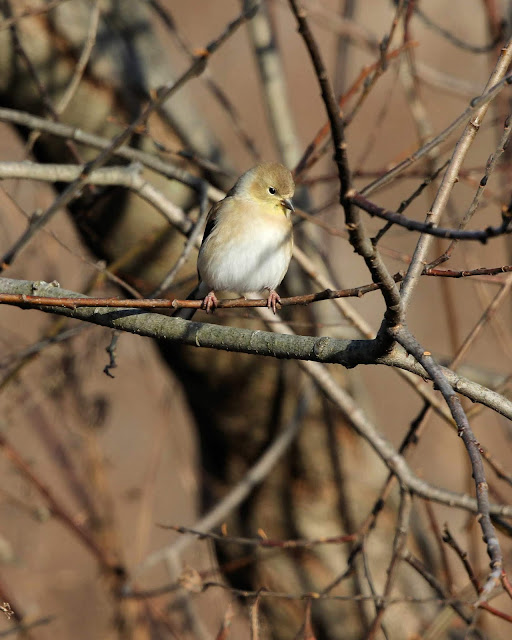 The saddest American Goldfinch ever.
He knows everything is going to be snow covered soon...

Holy Cowbird! This is an actual true to life almost up to date bloggity post! And no, I'm not even close to being caught up, butt what the heck, we're going to skip around and sing tra-la- tra-la. Whee.

So...this short extravaganza of avian photo journalism was made at the Tallmadge Meadows in Munroe Falls Park just a mere week ago. The weather has been very unusual, in case you haven't noticed in your neck of the woods. It was a Sunday that was very warm with even a little sun peeking in and out! I had a great walk for a few hours, spoke with a few other walkers and annoyed no one that I can recall. 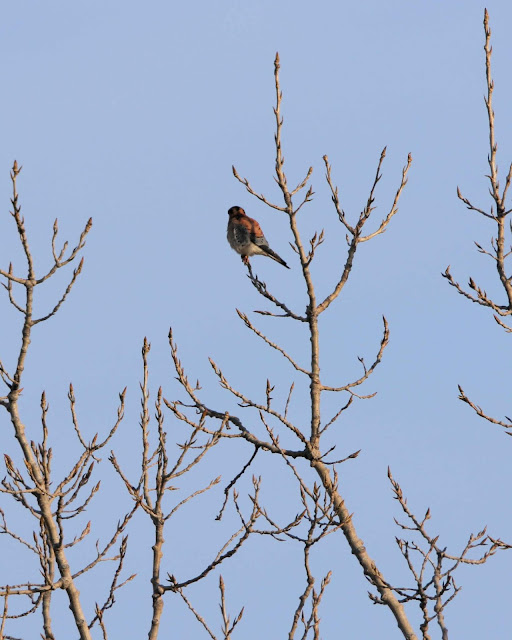 I noticed a man with a camera wandering off trail into the meadow(bad, very bad!) and looked up to see this American Kestrel parked at the top of a tree.
Of course, when said wanderer got to close the burd sped away. 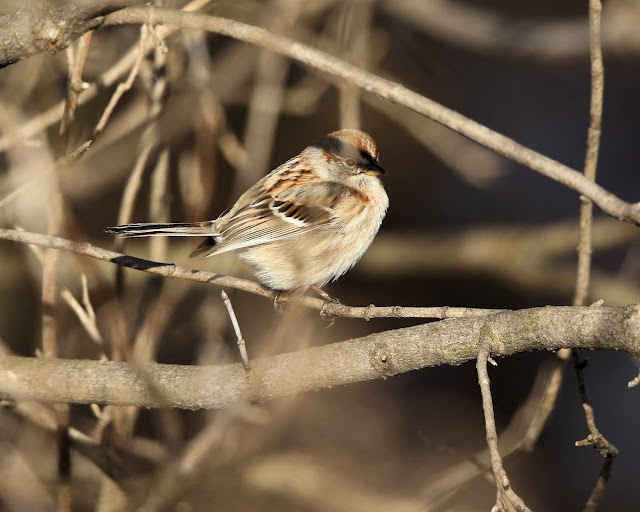 Don't you hate when you don't notice a stick in the middle of the frame because you can't see it in your tele lens?!
Anyway, this was a lone American Tree Sparrow...that flew after this one crappy shot. 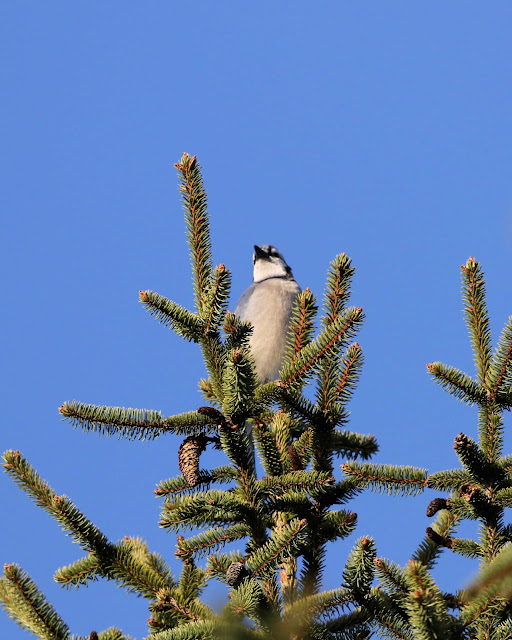 My neck still hurts from bending far enough backwards to get a shot of this Blue Jay at the top of the tree...owie... 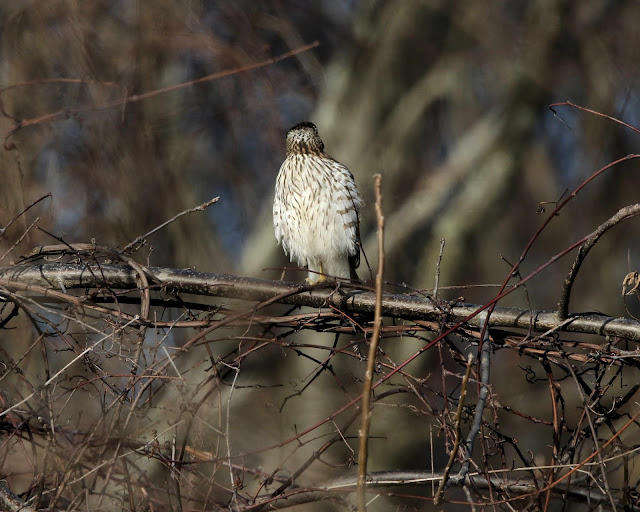 AAAHHH!!!
I never saw a faceless Cooper's Hawk before! 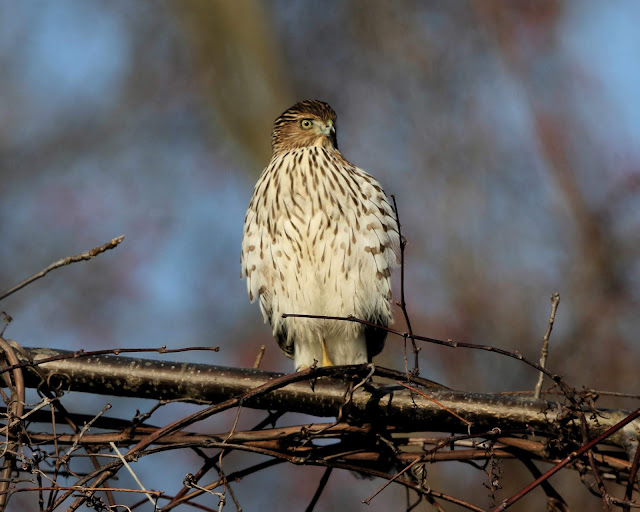 Oh, nevermind...he was turned around looking at something... 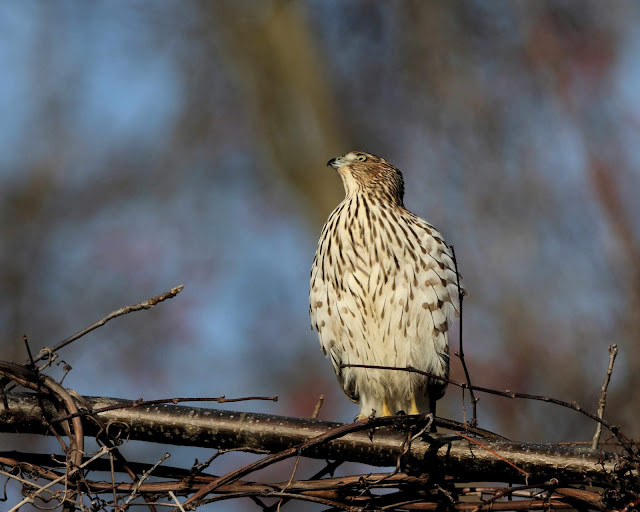 He was getting buzzed from above by a number of yakky burbs trying to chase him away.
He was deciding which one would taste better... 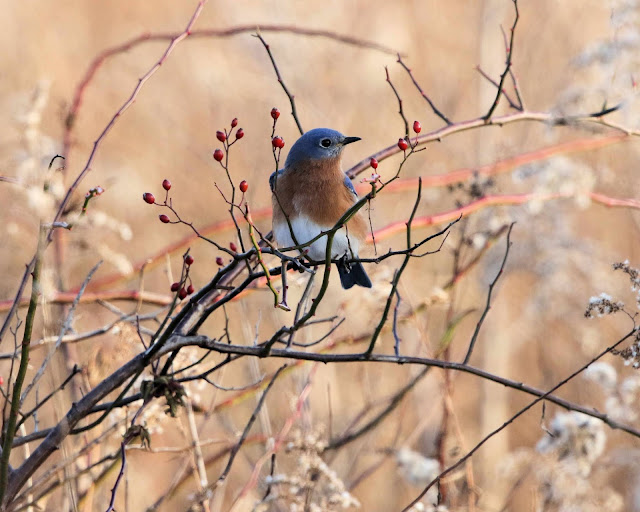 I was surprised...and delighted to see a half dozens Eastern Bluebirds flying in and out of the berry bushes chowing down. 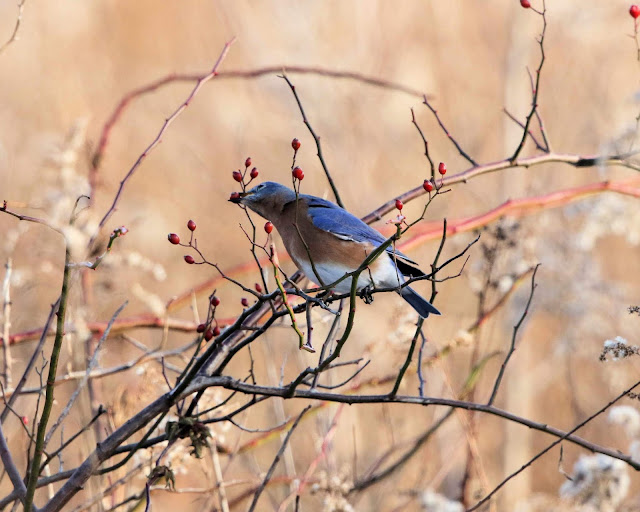 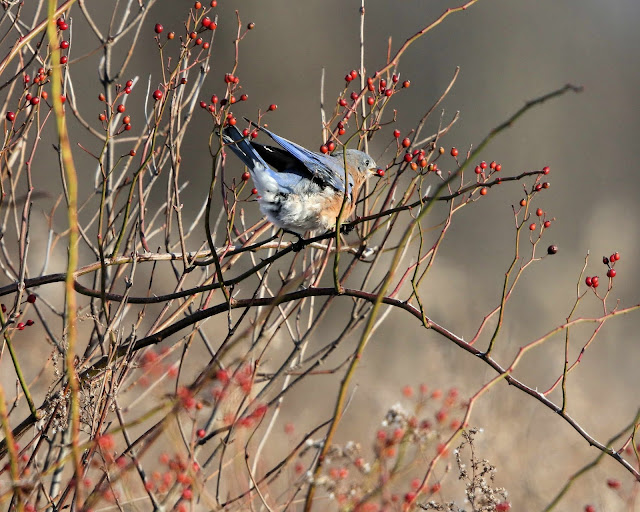 I wonder if any of those were fermented yet? 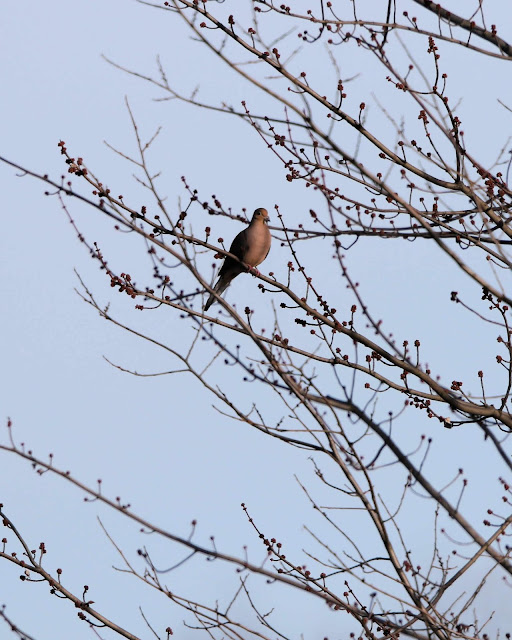 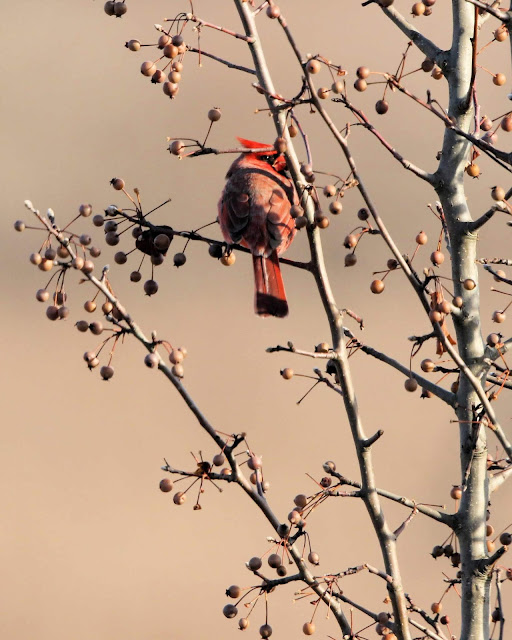 A good day for burd buttz!
Even a Northern Cardinal posed politely for a second.