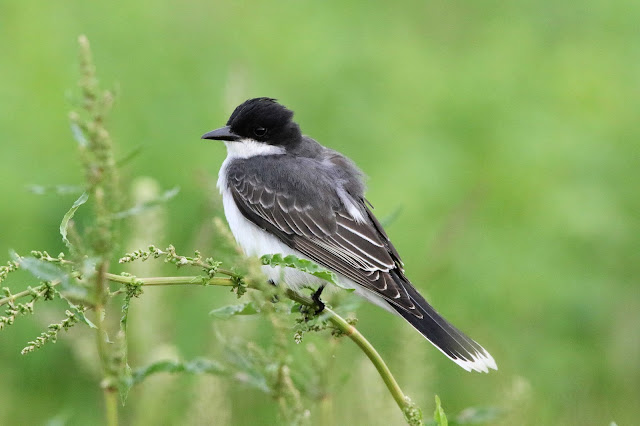 This is an Eastern Kingbird, very kingly, but not king of the marsh...

I had a birdathon day last Friday with trips to Sheldon's Marsh, then Magee Marsh and finally Howard Marsh...10 hours of wandering not including the driving...I was beat! I need to remember to eat once in a while as well...

I show pics from Sheldon and Magee later on...butt right now I had an exciting find at Howard's! It was the end of the evening for me, the wind picked up and it was getting chilly...and dark. So...I decided(or actually my stomach decided) to turn around and head back to my wee little bird mobile and head for home...and food!  As I was heading back I heard some crazy sound coming from the marsh just ahead of me. It sounded like a rail, but it was LOUD!  I walked a little faster then stopped when I thought I was in the right area of the thickening reeds. 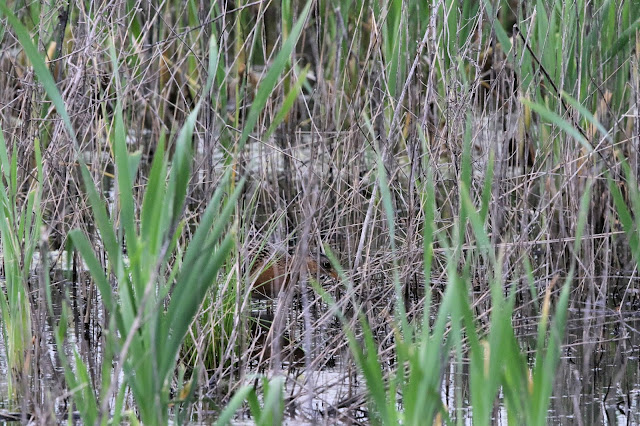 I stood there for about fifteen minutes before I heard the call again, watching intently for something to move. Every time it called I tried to find the center of its call. I wanted someone else to hear it, but I was the lone fool enjoying the marsh with the mosquitoes. Should brought more bug spray...add that to food. Finally there was some movement in the darkening marsh. Hot dog! There's the bird!

I watched it moving very slowly around in the background, carefully finding little meals hidden away. Amazingly it was walking towards me! I could see it look up at me a few times when my camera was clicking away. Ooooo...I thought at first Virginia Rail, butt looking at the size of it, like a small chicken, I thought "Hot Diggitty, it's a King Rail!" I saw one only once before, from a distance and got no photos of any quality. It was about 8:30pm now and I actually got a few decent shots.

I wonder if he'll find his soul mate in this amazing area? 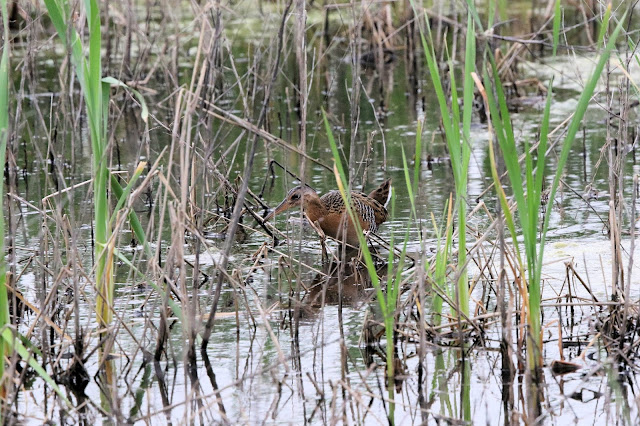 The King of the marsh! 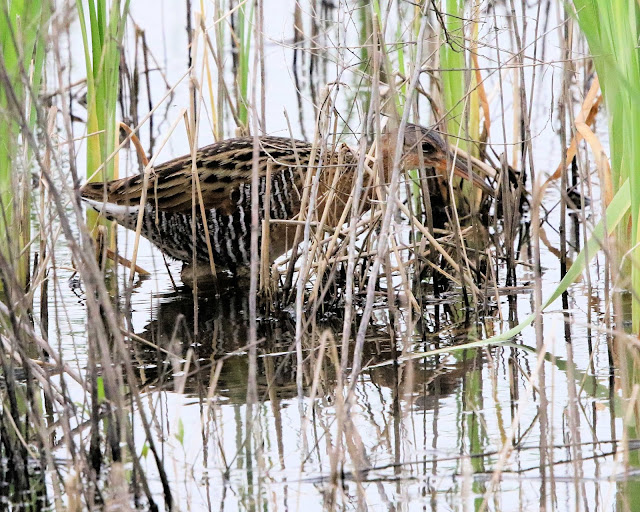 Playing peek-a-boo through the grass and reeds. 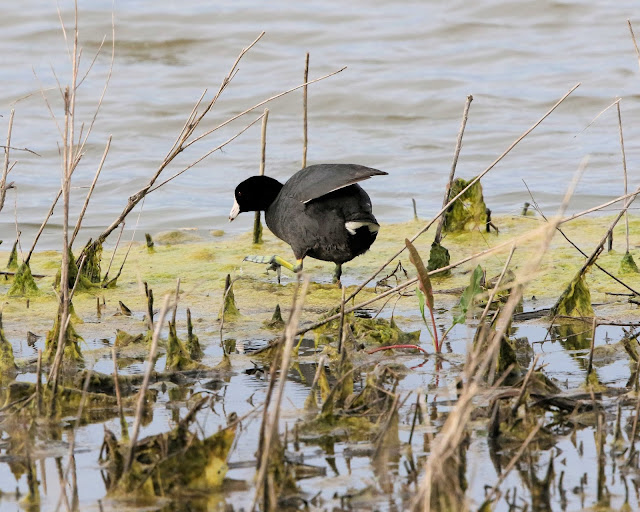 This American Coot was nearby doing a crazy dance to get my attention...it worked. 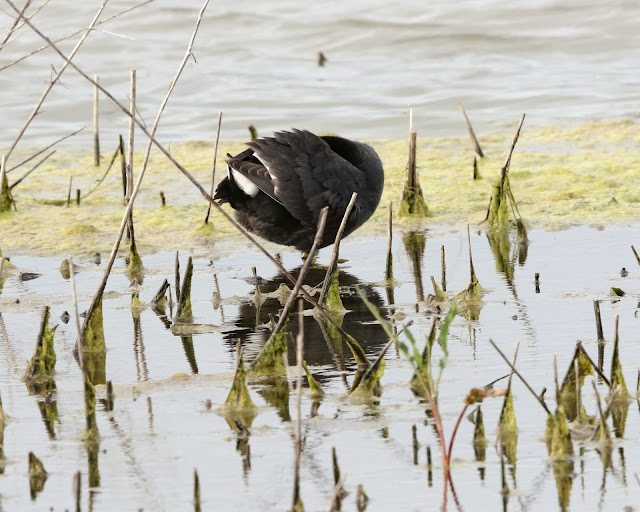 I think he was a little embarrassed of himself... 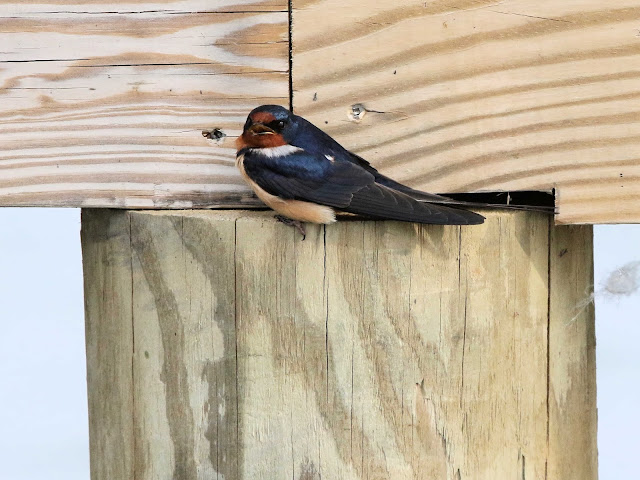 I swear I heard this lil angry Barn Swallow bark at me... 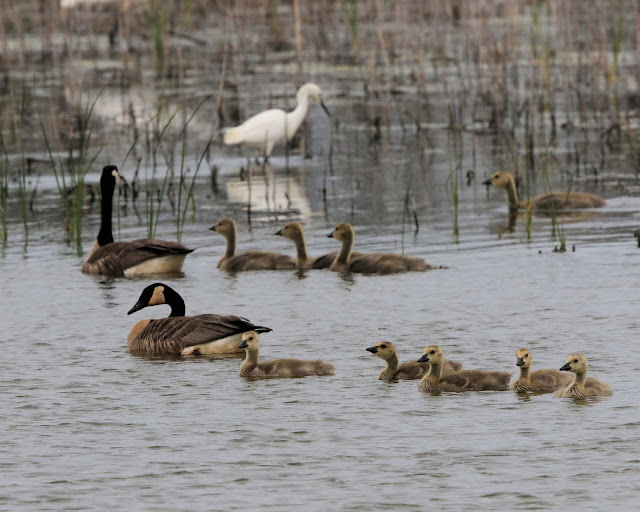 Get your hip boots out! There's more little fuzzy poopers on the way!
(aka Canada Gooseseses...)
I forgot to mention the Snowy Egret...

For you lovers of gray and white birbs...
Terns and Gulls...left terns I believe and gullibles. 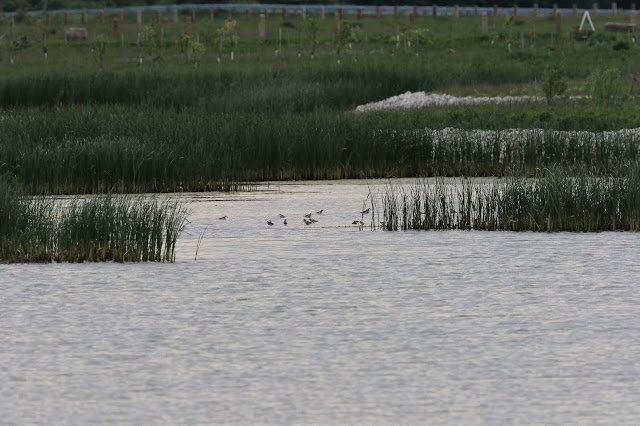 This is way I don't show more shorebird photos.
Uncropped image of Dunlin....waaaaayyy back there! 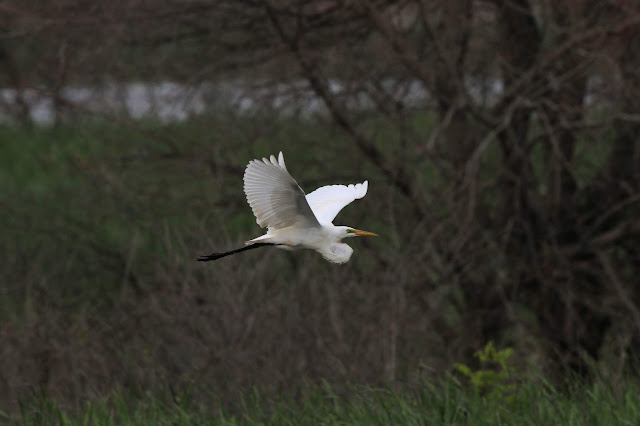 Great, another Egret.
(Get it? Great Egret?!) 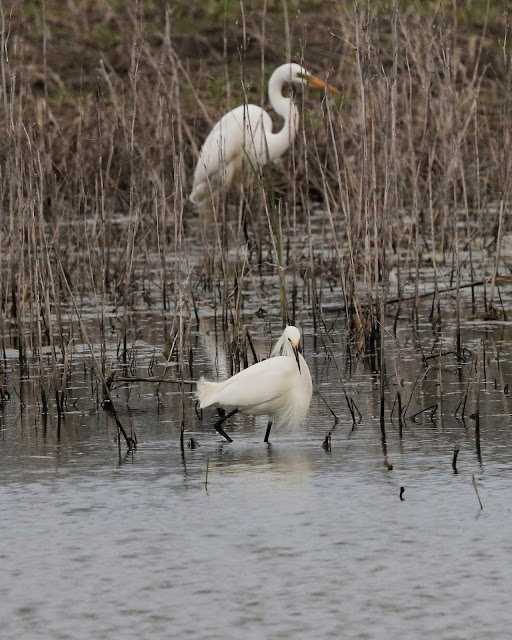 And a Snowy Egret showing off his spring finery.
Looks better on him than some rich ladies hat... 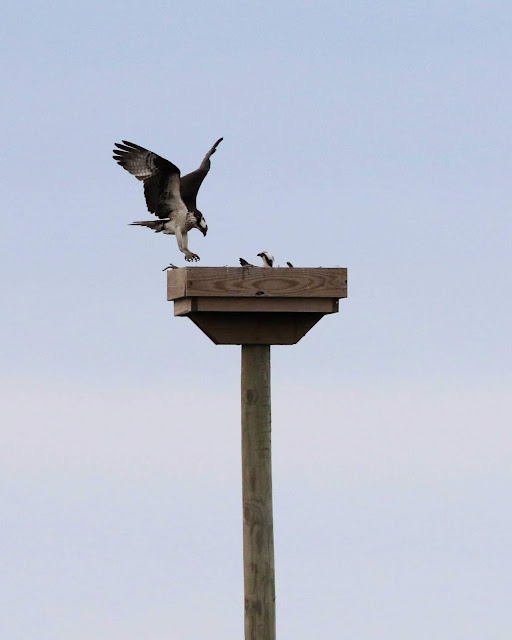 Until this Osprey flew into the nest, I didn't notice it was occupied.
I wonder if there's beebees yet? 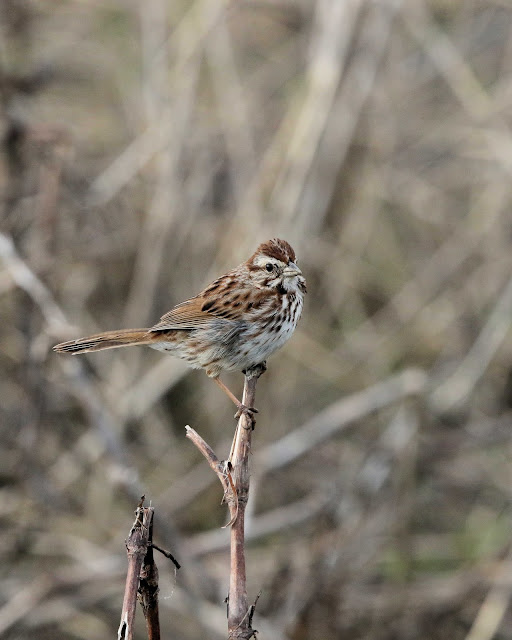 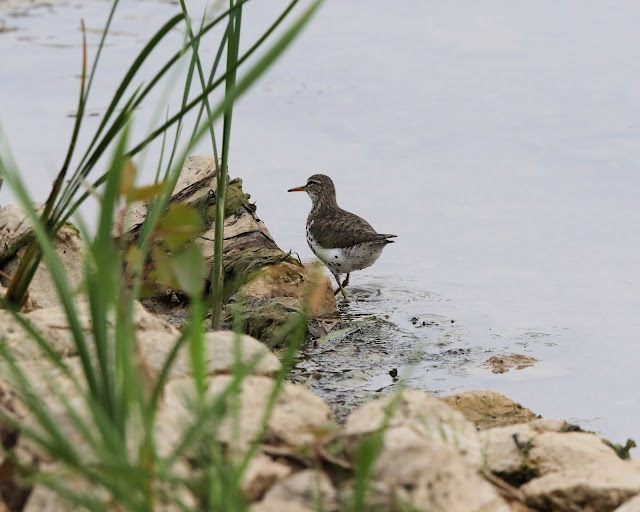 A rude Spotted Sandpiper, just walking away form me while I'm talking... 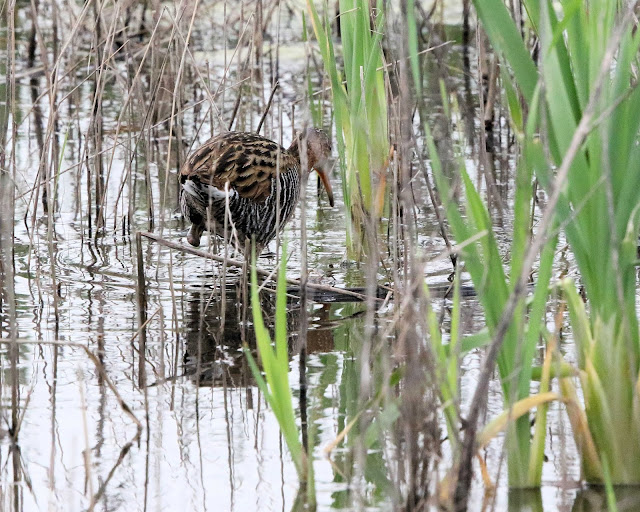 Just in case you were wondering...I did indeed get a life butt shot of the King Rail!

Until next time...love those burdz from all directions!
Posted by Dave at 7:22 PM