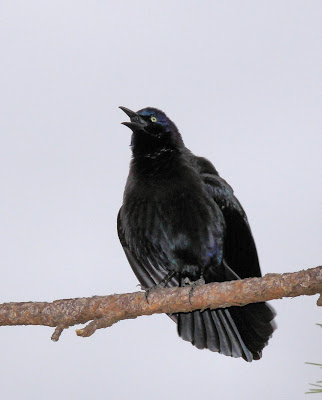 The fantastic inflatable Common Grackle!
Yes, ladies and gentlemen, it's another exciting adventure of...
GRAPPLING GRACKLES!
So, once again, we were trying to have a peaceful dinner while watching the feeders outside our dining room window when...

One LARGE Common Grackle lands atop the feeder and puffs himself up and lets out a nice hardy GRACK! A few seconds later, another, smaller Grackle alights on the feeder and wanting to show he's big and bad also, lets out his version of a GRACK.
Big Grackle is not a happy boy. One does not GRACK on another's turf. Period. It's time to give a lesson to the new kid. He moved so fast I almost choked on my dinner in shock. He grabbed junior by the throat and flung him into the dirt (the gardens aren't pretty yet). I grabbed my camera and got up against the window as best I could to try to get a few shots.
Special note: You should NEVER leave your tele-extender on your camera! Boy, that made it hard to get shots so close to the window! Too much power. 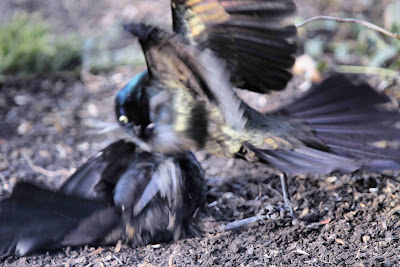 Young blood being slammed into the ground. 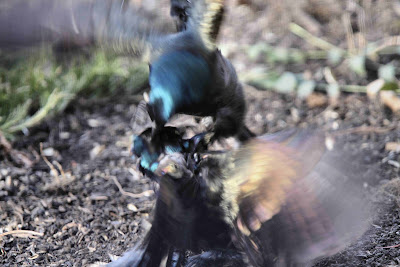 Which end is which? 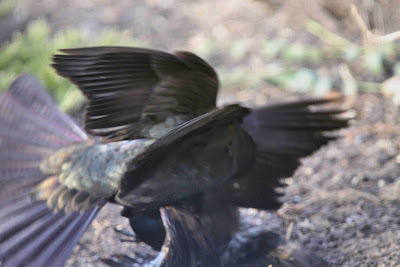 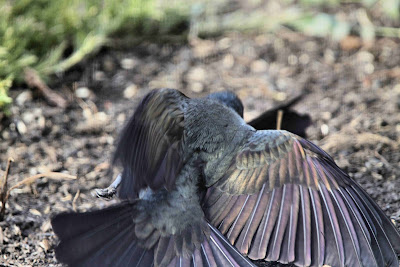 Grappling Grackles from Behind! You saw it here first! 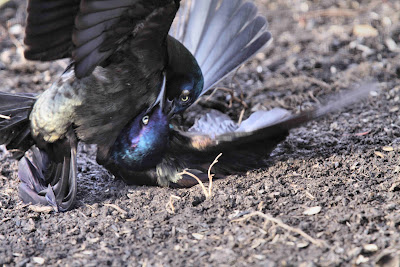 This was my favorite shot. You can really get an idea of the seriousness of the situation. 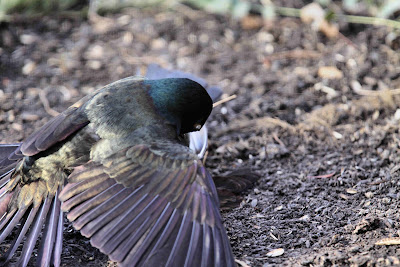 After this, he lost his grip on the interloper's throat and he got away.

Anyway, I thought they were an amazing example of what happens in the springtime when mating is becoming the all important focus of these birds.