An American Symbol...For How Much Longer? 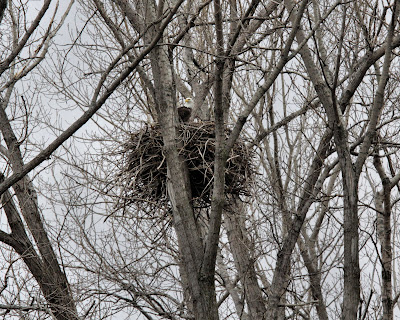 I think he spotted me!

On our way home from the BirdMobile today we stopped for a quick look(at a good distance!) of this Bald Eagle nest. We don't often see the nest occupied, but today both Eagles were present and arguing over which stick should go where. Eagles are big on Feng Shui you know...

I'm sure you've heard about the revolutions going on the the Middle East and North Africa of late. It's amazing what can happen when a group of people want change. It reminding me of the sixties and seventies and the environmental movement. People were fed up with big business and politicians ruining the planet. Young people stood up and demanded change.

There's a tremendous number of birders in the United States, according to many polls, it's the largest 'hobby' in the country. With groups like Audubon and the American Birding Association you would think we would have more power to organize and have our views heard and make positive changes. But, no. The polticos want to strip the EPA of it's powers and remove the Clean Air Act. That may save some money, but then again, we won't be alive to use it.

If you really love birds and appreciate the return from the brink of these Bald Eagles...STAND UP AND BE COUNTED! Contact your local representatives, call them, email them, write them! 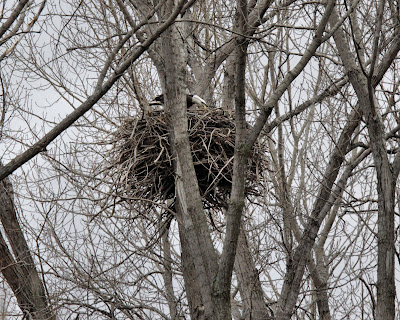 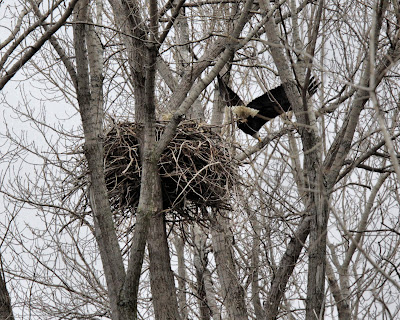 Off to find more branches... 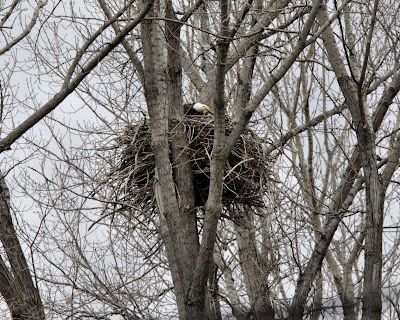 Good, now that he's gone, I can fix this properly...

If you belong to a local birding organization like the Black Swamp Bird Observatory, check with them for more information on getting involved. On behalf of the Bald Eagles, I thank you.
Posted by Dave at 8:34 PM