A Visit to Munroe Falls... 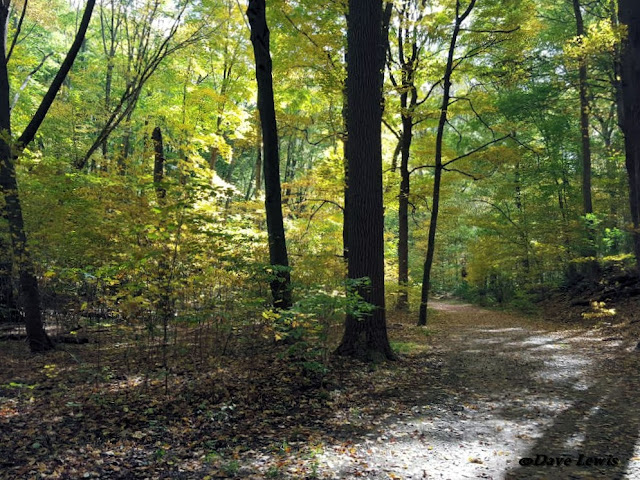 This is along the Indian Springs Trail...

We had a nice autumn amble through Munroe Falls park a couple of weeks ago. (Yes, I am behind, butt isn't that the point of this blog?) Warm temps and lovely colors, what a surprise to find this area!

Part of the Summit Metro Park system, this area has two sections, a wonderful woodland loop trail and a large open meadow loop. Also in this park is a large swimming lake, small ponds for fishing and a picnic area...a little something for everyone!

There are still quite a few parks in this area to discover and bird, some will wait until spring, others I'll give a try and look for our year round residents. In the meantime...have a look! 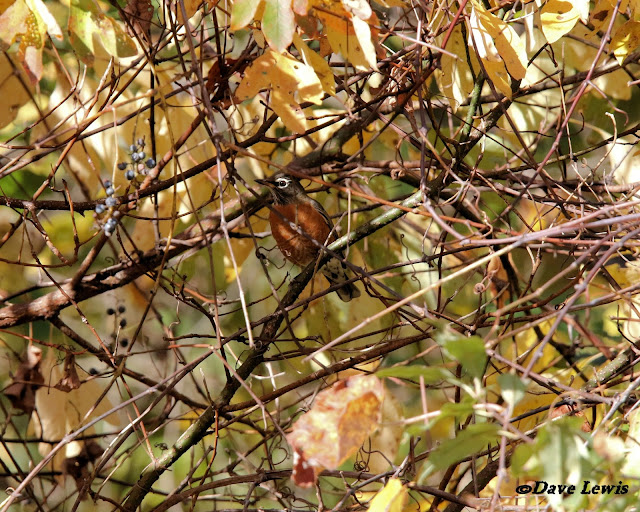 There were dozens of American Robins singing and hopping around in the trees gulping down as many berries as they could. 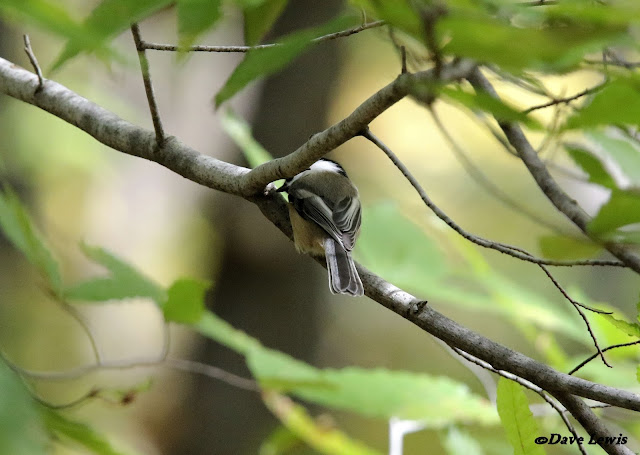 One of my previous posts showed the Black-capped Chickadee spinning on a leaf in the breeze in this park...this is his smarter relative hunting in more stable areas... 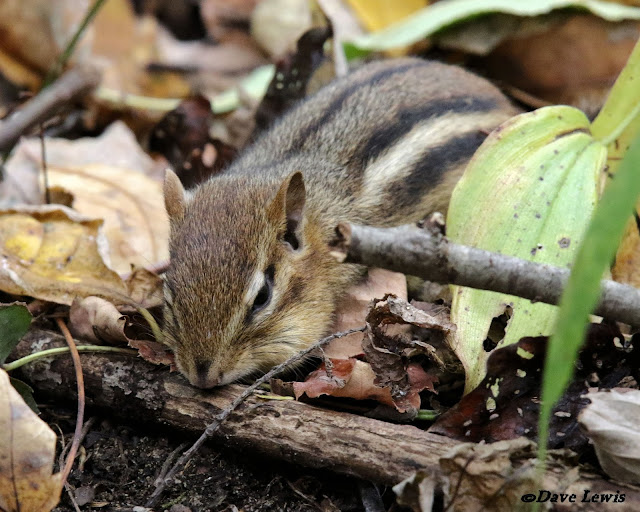 It was a breezy day with leaves falling all around and sometimes branches dropping.
We heard a loud thud next to the trail and assumed it was a large limb.
Nope, it was this little Eastern Chipmunk.
I still can't believe the bang he made as he hit the ground!
He had to rest his sore head on this branch for a while...
"Oooooo...aspirin!" 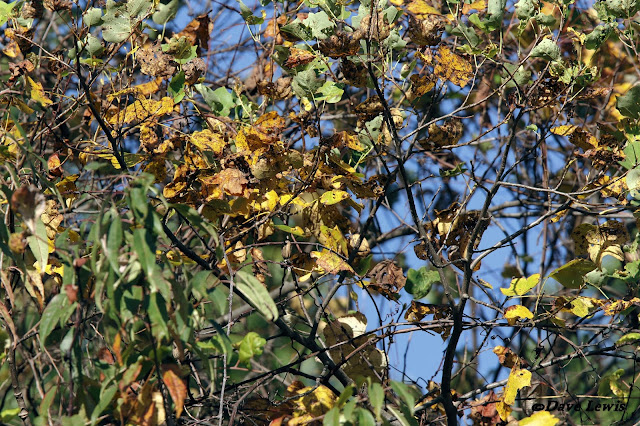 If you look really hard...you won't see anything... 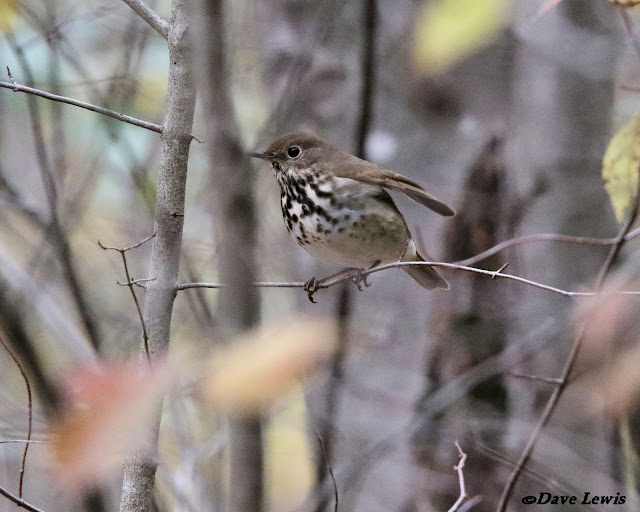 This Hermit Thrush is waving hello.
At least that what I think he was doing...though there was an odd thrushy smell in the air...hmmm... 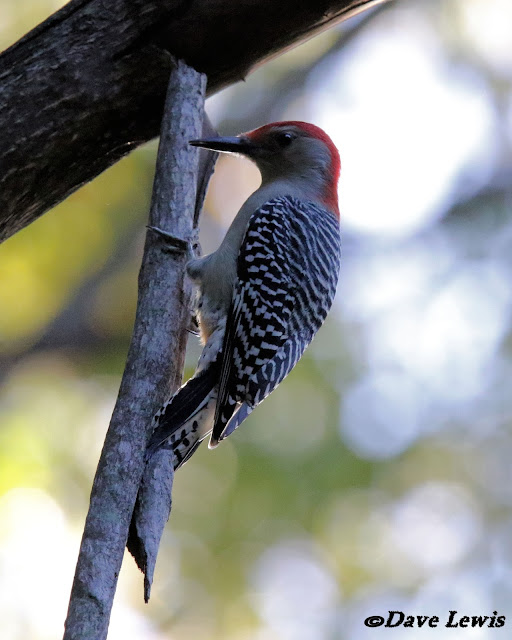 It was neat watching this Red-bellied Woodpecker using his tail to support his body on this loose branch. Makes you wish you had a tail. 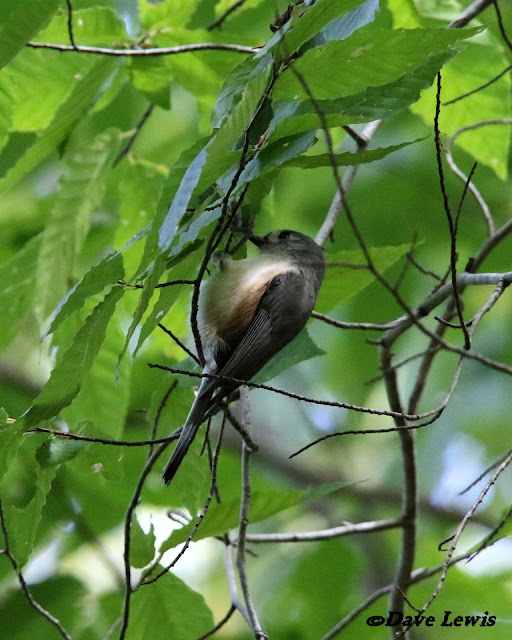 The Tufted Titmouseseseses tail doesn't work quite the same way... 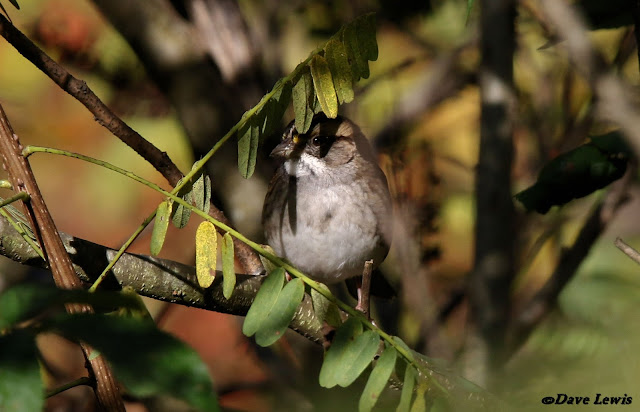 A definite sign of autumn in Ohio is the arrival of the White-throated Sparrows.
I also saw a small flock of Dark-eyed Juncos, they would pose. Rude little birds. 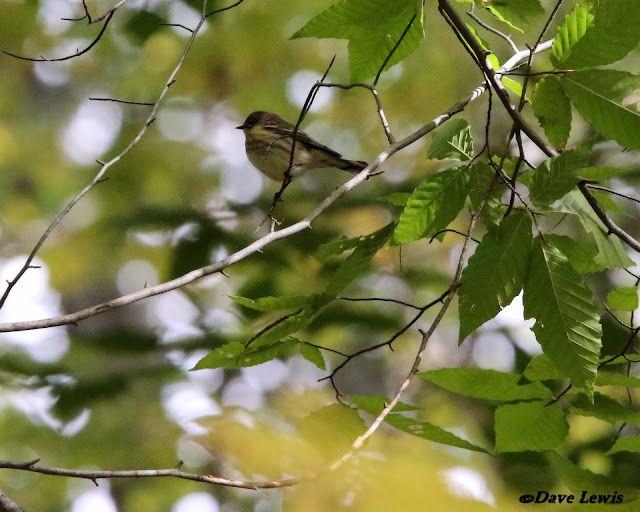 Doodles managed to spot this Yellow-rumped Warbler high in the woodland.
I managed to get one shot.
So sad, last warbly of the season. 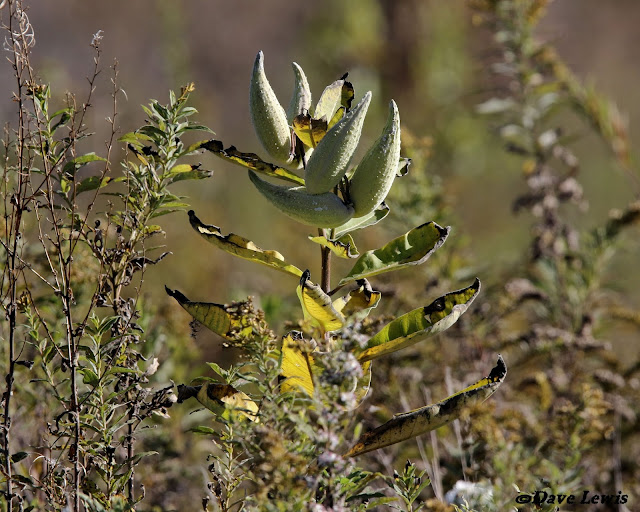 The meadow was packed with thistle and Common Milkweeds like this.
I'll bet this place will be butterfly heaven next summer! 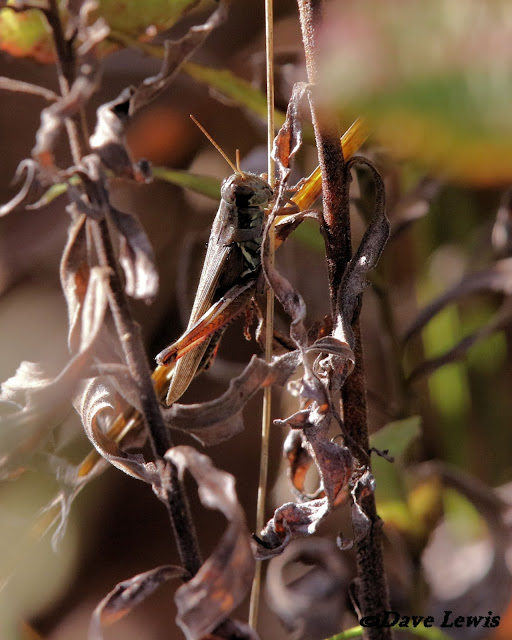 There were gangs of hopping mad Grasshoppers hopping along the trail with me.
*None were harmed in the making of this blog... 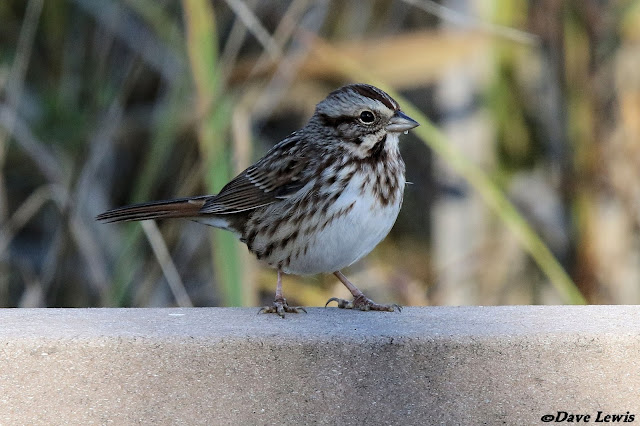 There's a short boardwalk at the far end of the meadow.
Something was hopping around underneath and I couldn't quite make out what it was.
Finally he popped up and posed for me!
One of my favorite cutie Song Sparrows.
(Actually, they're all my favorites...) 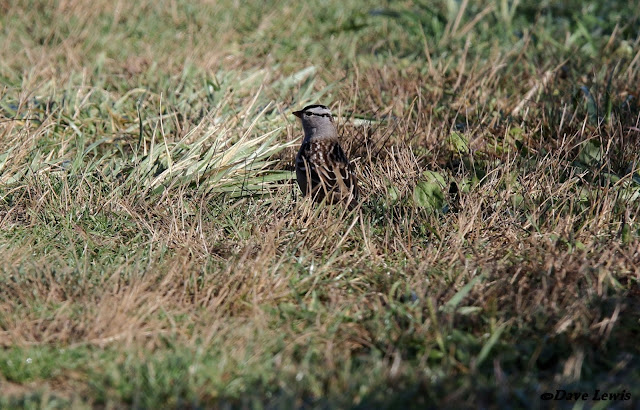 WHAT?!
It's an early White-crowned Sparrow!
Well, It was exciting to me... 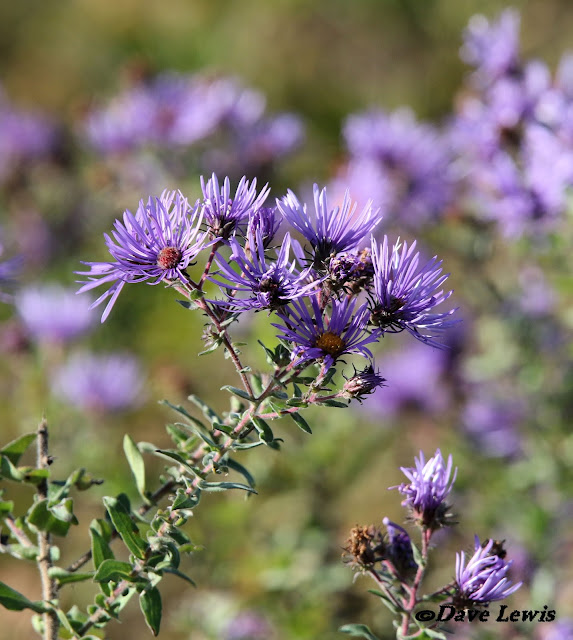 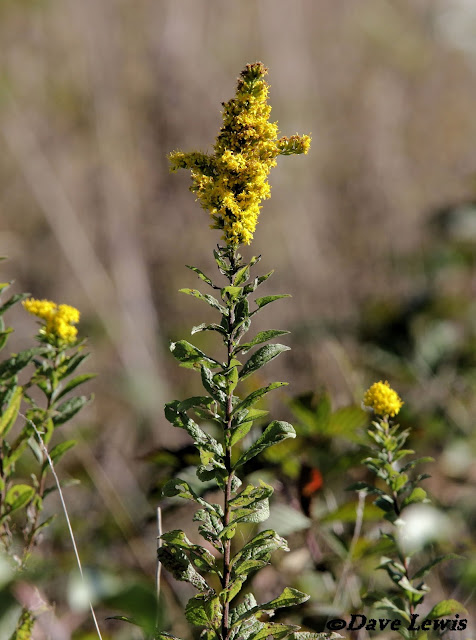 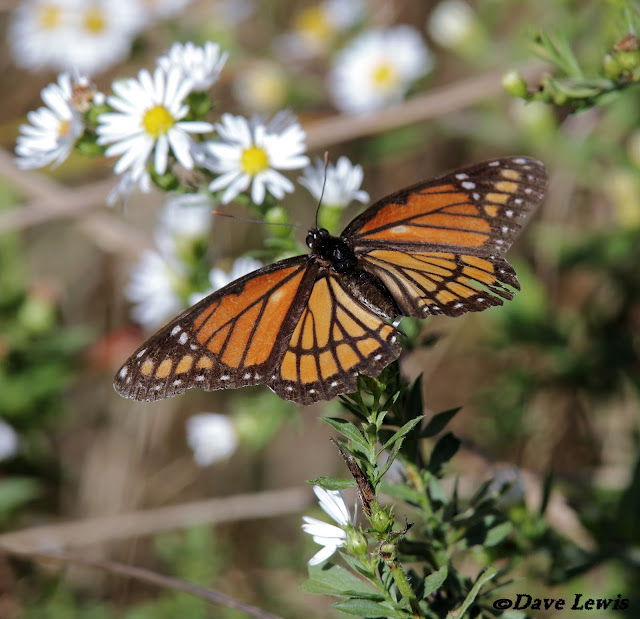 I think the Monarchs had already passed through, but I was happy to see this lone Viceroy butterfly still finding flowers to nectar on.

That's all for now!

Get out and enjoy a little nature!