A Little Warbling at Magee... 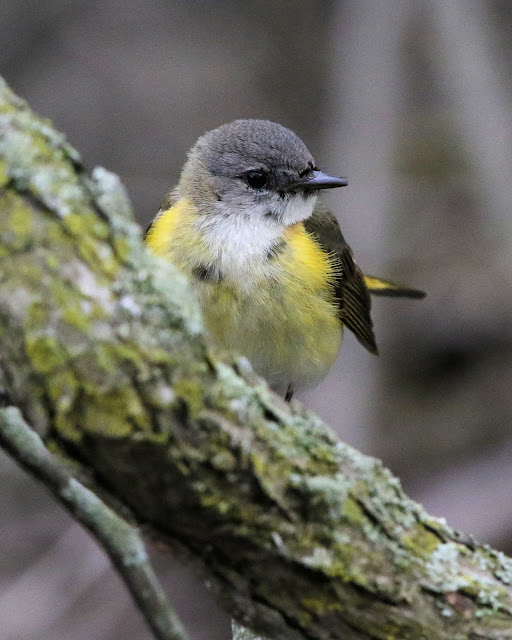 This young male American Redstart looks so much like a female that he can sneak around behind the other males backs...and...uh...well you know, do that birds and bees stuff...

Another fine day at Magee Marsh in the warbly month of May, the 10th to be exact. I've been birding more than posting, go figure...Magee Marsh, Howard Marsh, Meztger Marsh, Sheldon Marsh, Maumee, Ottawa NWR and of course close to home in the Cuyahoga Valley. It's been a good month!

I didn't see the quantities that I spotted last year, but it was still a good mix of species. Odd weather definitely had an effect on what was around...but, as we hear from our "highly intelligent" president, there's no such thing as climate change...what a moron...anyway...let's get back to the birds! 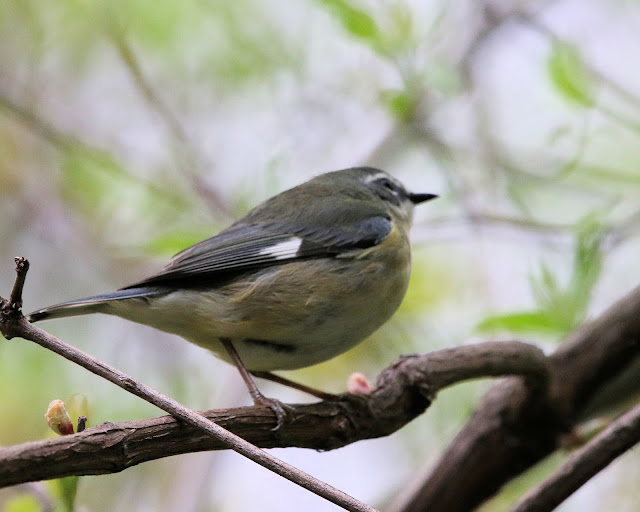 There were quite a few female Black-throated Blue Warblies! 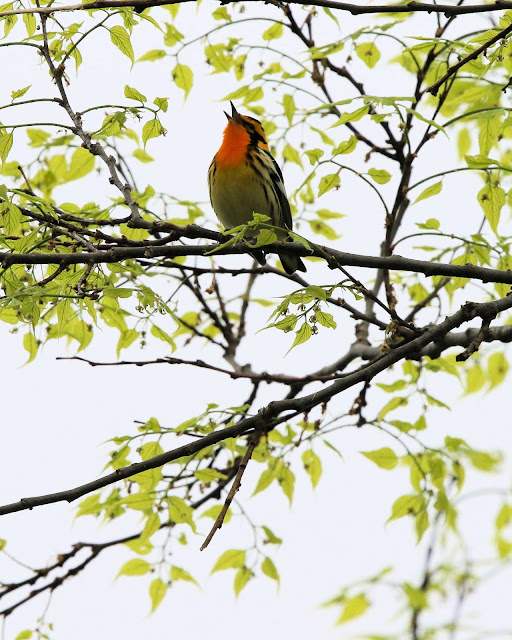 Those darned Blackburnians are going to make me crazy!
They're always too high up when I see them...one of these days I'll get a good shot...maybe... 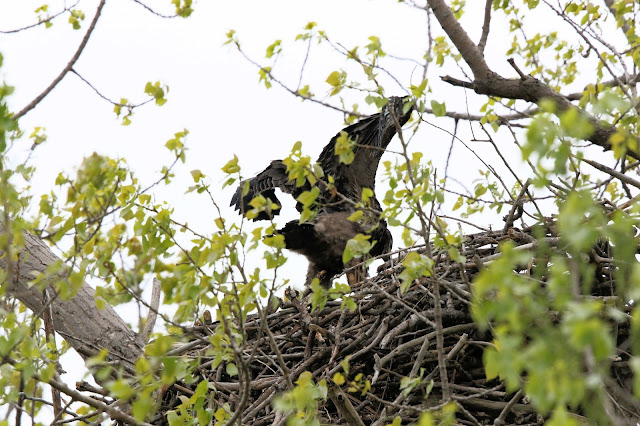 Bald Iglet Booty!
He was getting all flippy flappy in the nest...impatient kids. 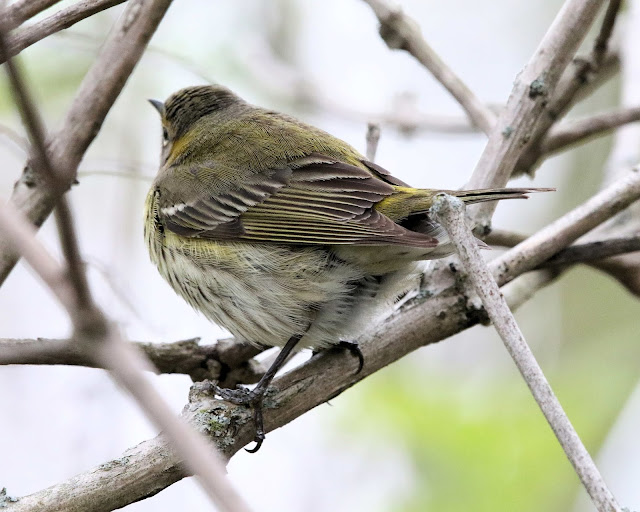 A lil Cape May Warbly from behind of course! 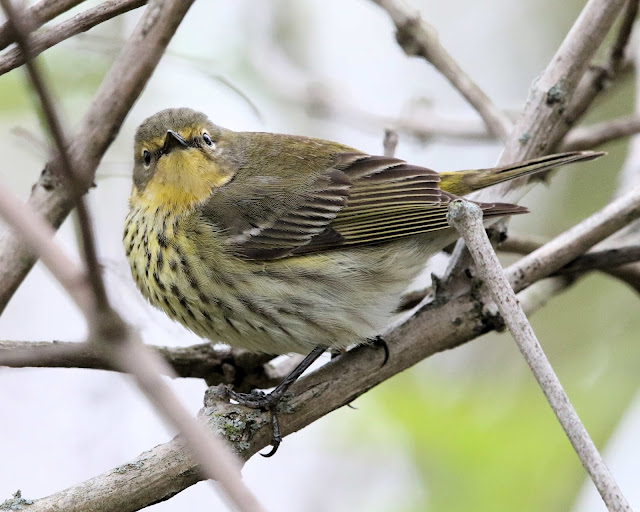 A lil Cape May Warbly not too happy about my photo...women always get upset about that. 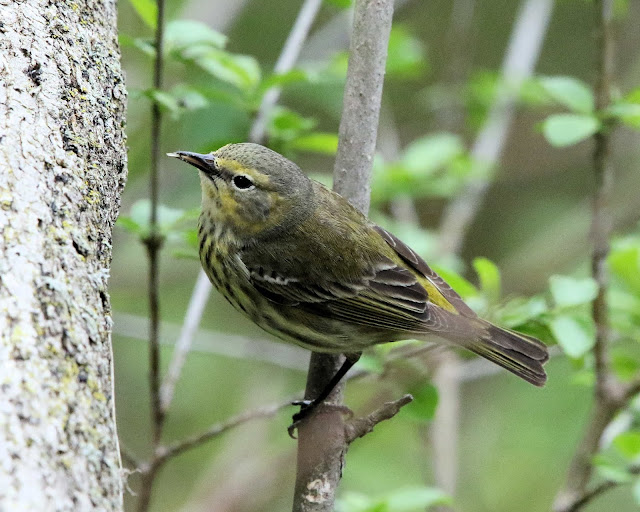 Cape May's were the bird of the day!
Get the bugs before they get us! 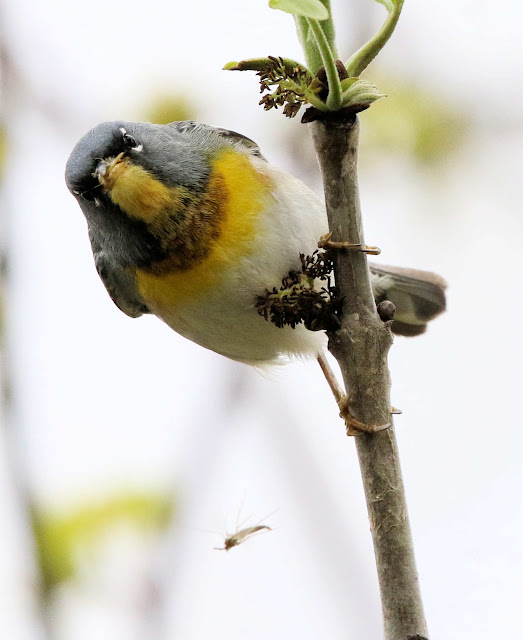 This Northern Parula was showing me the fresh catch of the day...and the one that got away below him... 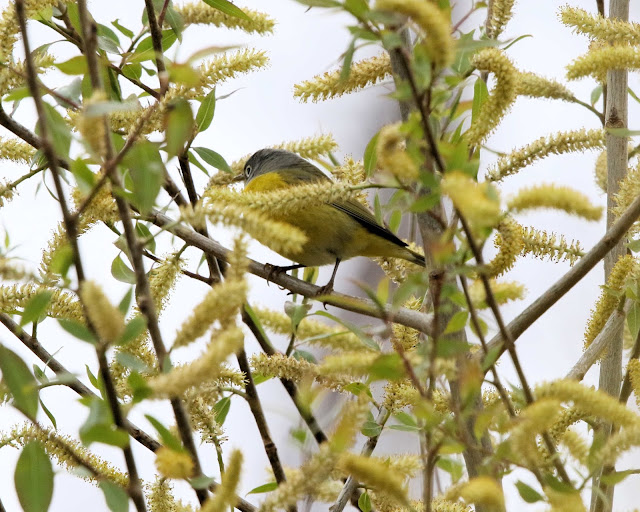 This tree had this Nashville Warbly in it along with a Tennessee, a Parula and a Yellow-throated Vireo. Sometimes it pays to stand still and stare at one area! 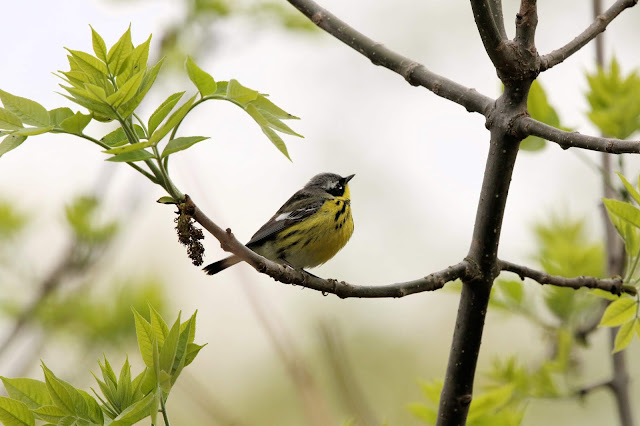 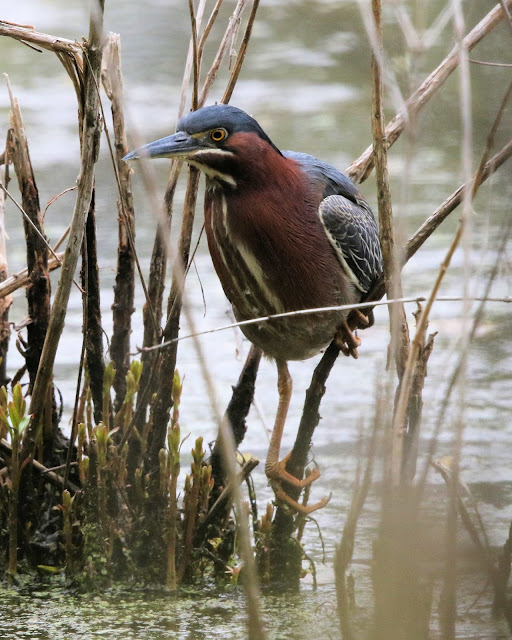 My friend Deb spotted this Green Heron...and yelled at me to take this photo.
So bossy sometimes... 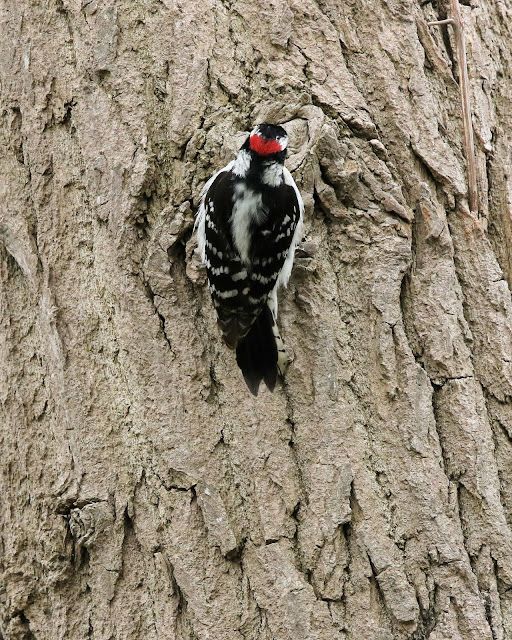 People keep over looking the regulars like this Downy Woodpecker.
Don't take the common place for granted, there are lots of folks around that have never seen these! 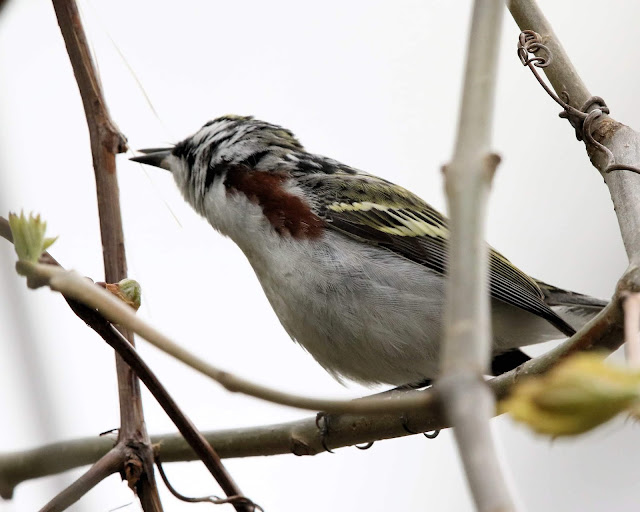 This Chestnut-sided Warbly was gathering nesting material...I would love to find one of their nests!
Like many birds, their population is on the decline. 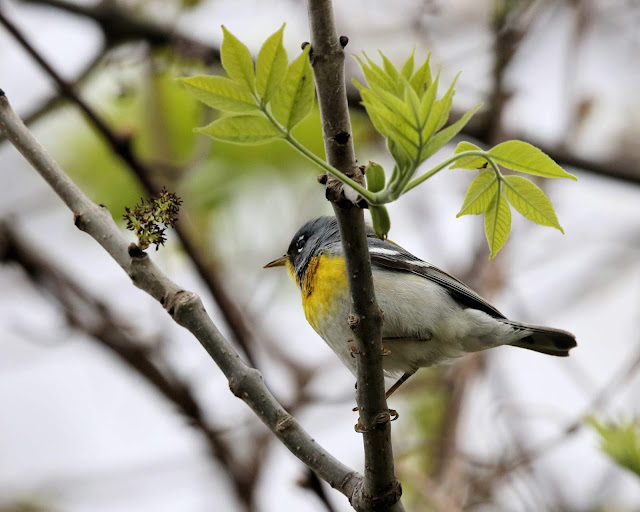 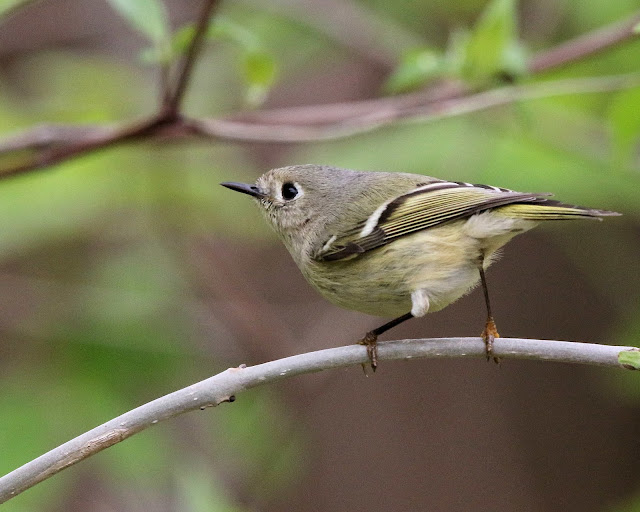 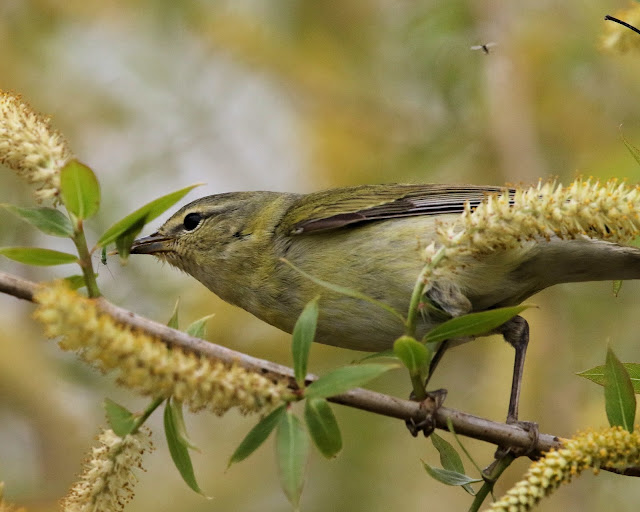 A lovely Tennessee Warbly snatching a juicy bug...
Ya know, they don't breed in Tennessee...just passin' through... 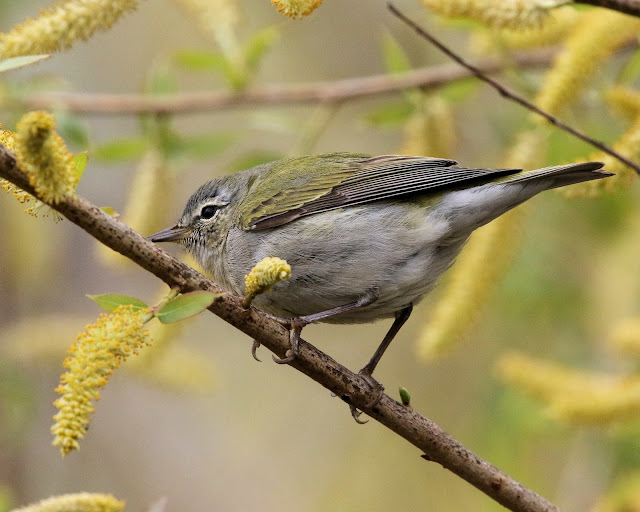 Such an innocent face... 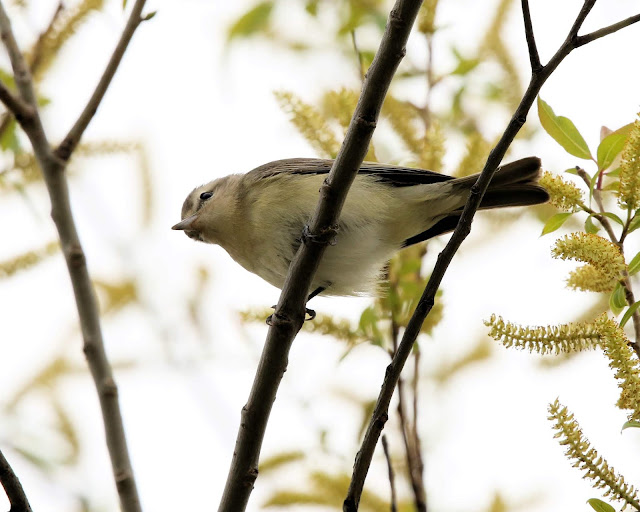 Speaking of innocent faces, this little Warbling Vireo was singing his mixed up song right above. 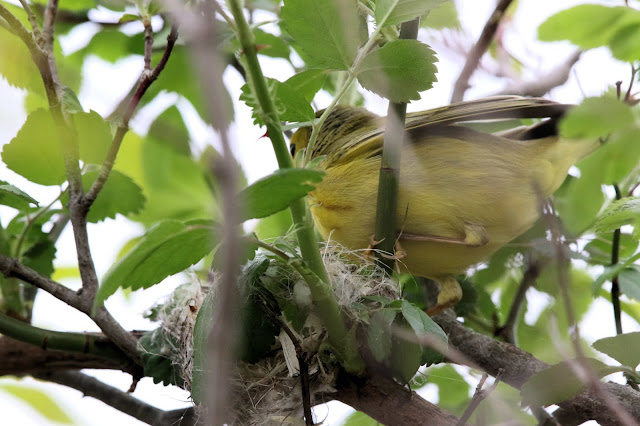 A nice couple kindly pointed out the nest of a Yellow Warbly. With a little patience and standing still, in popped the warbly with more nesting material.
I'll stop back soon to check out the progress. 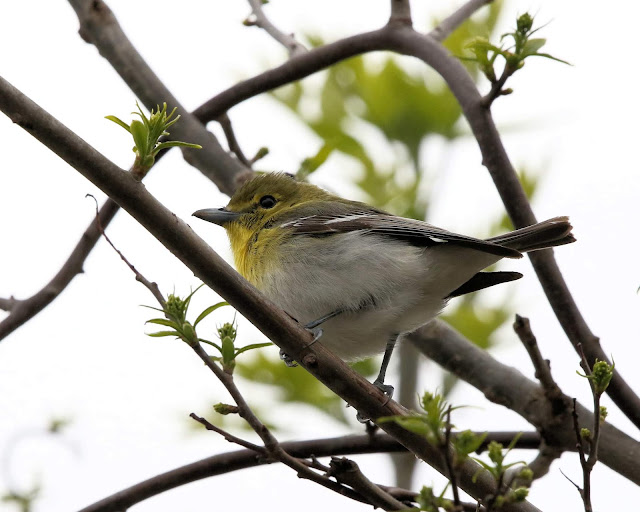 This was the first time I got a decent behind of a Yellow-throated Vireo! 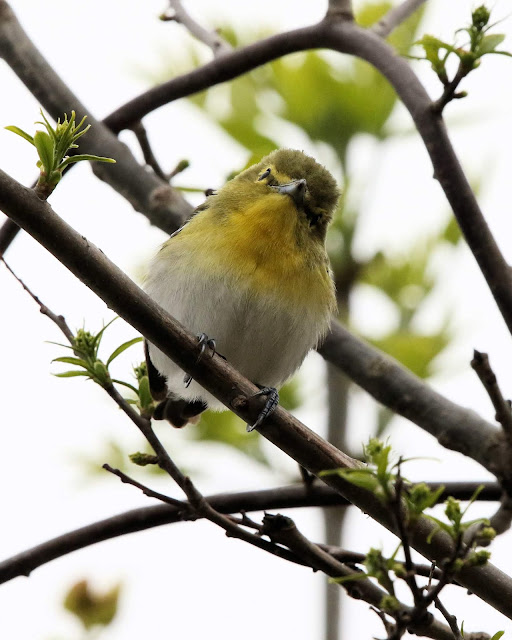 ...and someone wasn't too pleased about it...

Well, that's all for now. Thanks for visiting!
Posted by Dave at 5:42 PM