Meanwhile, Back at the "Other" Marsh... 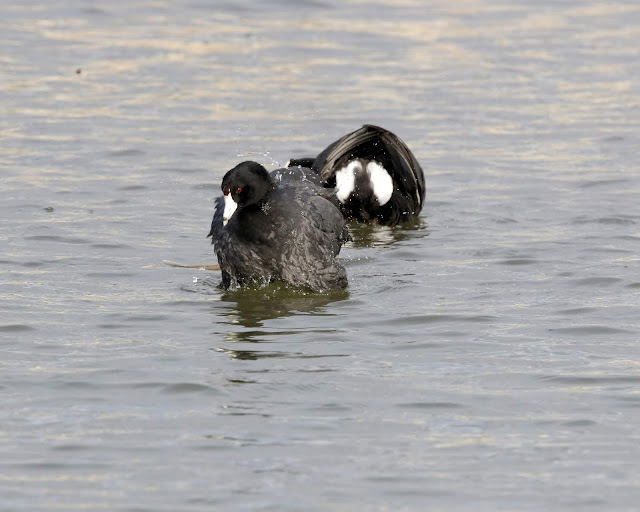 American Coots are so rude!
This butt flashing is a precursor to a rumble...

This area of north western Ohio by the great Lake Erie is an amazing place to explore in May...or any other time of year. So many parks and wildlife areas! On this day I left Magee Marsh, not an easy thing to do, and headed out to Howard Marsh Metropark. This park has only been open for a year and it's already garnered a lot of attention. In the past few weeks, in addition to the regular marsh birds, black-necked stilts have been spotted nesting, yellow-headed blackbirds have been seen regularly and a pair of red-necked phalaropes are out there somewhere!

If you're anywhere near the area, you must visit! And if you're not afraid of water...like me...you can kayak all through the wetlands...cameras can't swim... 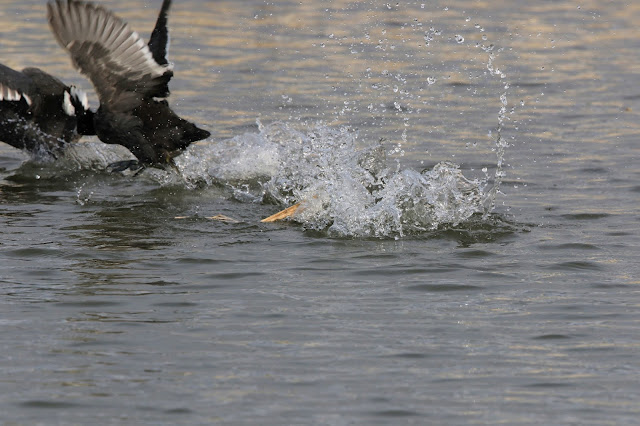 This is what happens after a coot flashes his bum...rumble! 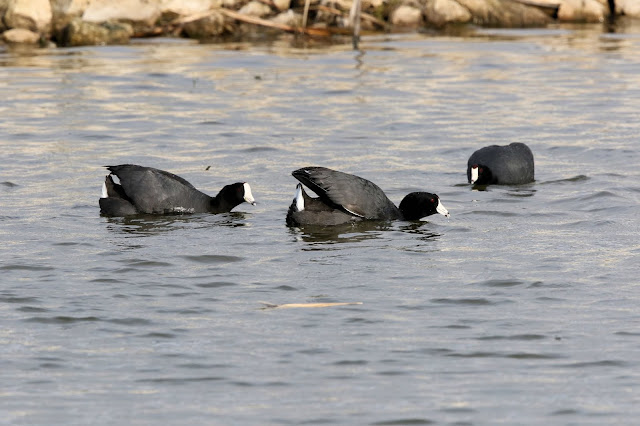 This went on for quite a while...they must have got a hold of some bad duck weed... 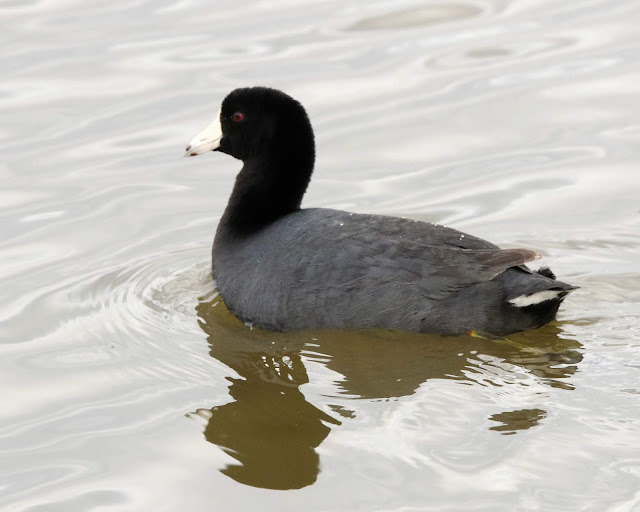 This one was laughing at them the whole time... 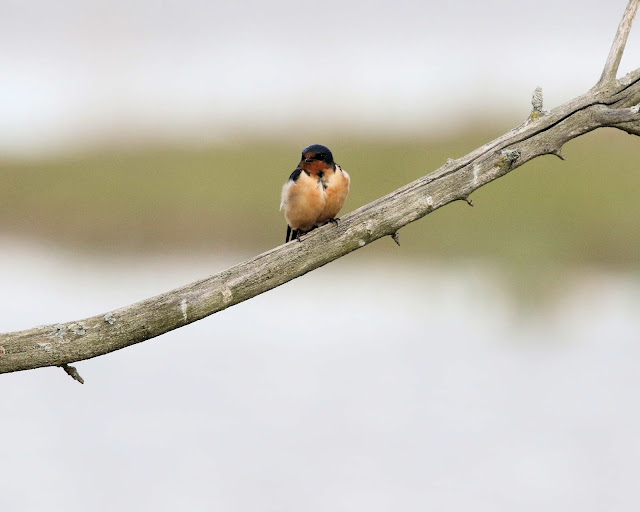 A lone Barn Swallow fluffed up cause it was cold and windy!
I tried that, but it didn't work for me... 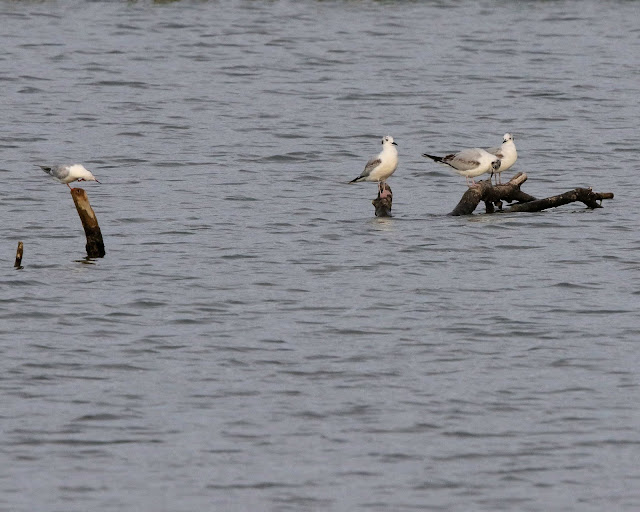 The only gull I'll take a photo of is the Bonaparte's Gull.
I have yet to see one tuck his wing into his breast pocket... 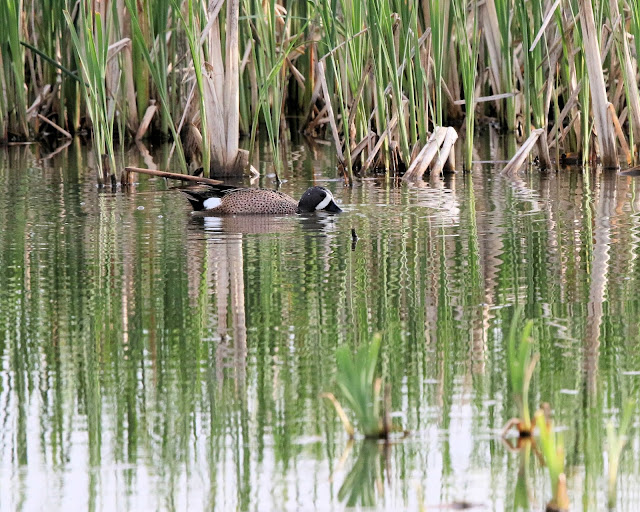 The only duck close enough to me was this lone Blue-winged Teal.
I also saw Northern Shovelers, Mallards, Bufflehead and American Wigeon. 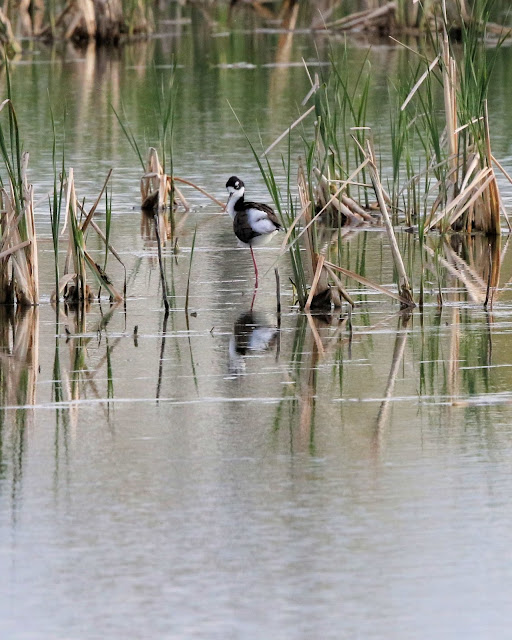 I was so excited when I saw the Black-necked Stilts as I thought they were life birds in the U.S.
I saw them in Panama years ago...and then I discovered I had photos of them at the San Diego Bird Fest. Still new in Ohio and a great bird we don't see often. 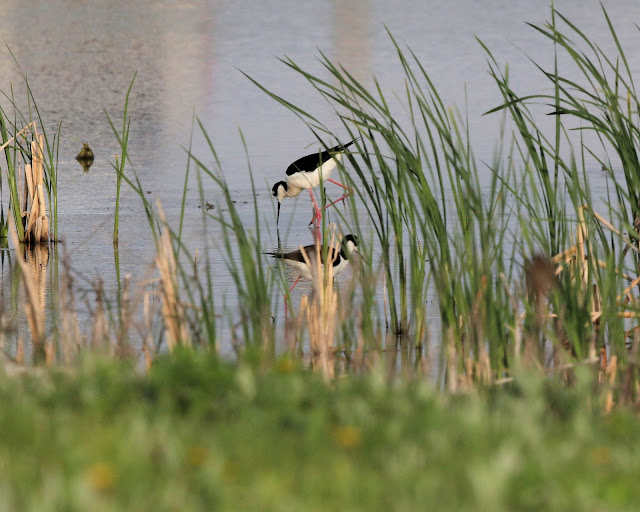 Though they wern't near by, I shot close to 100 photos of them...I can't help myself sometimes... 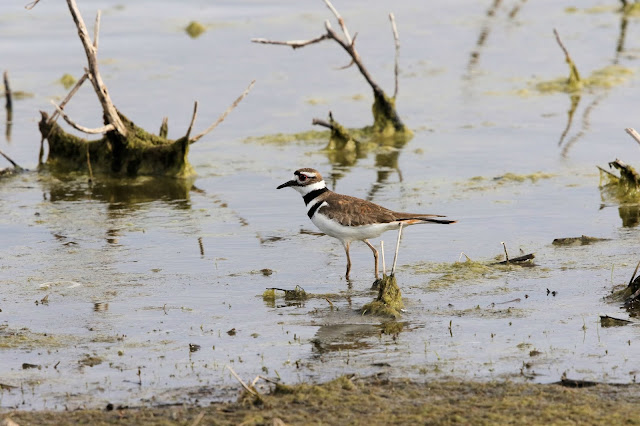 Killdeer are the only shorebird I can identify.
I think I need more practice... 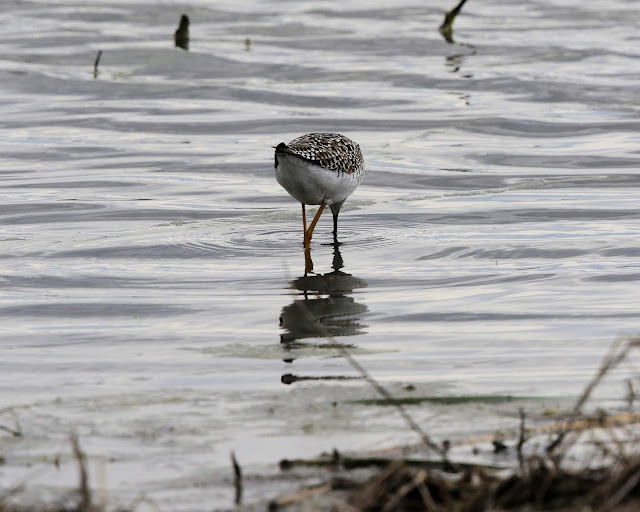 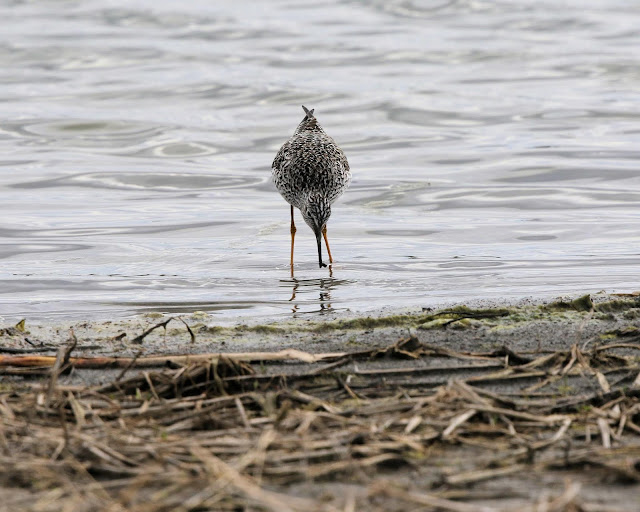 Once in a while I can get a shot of the other side too! 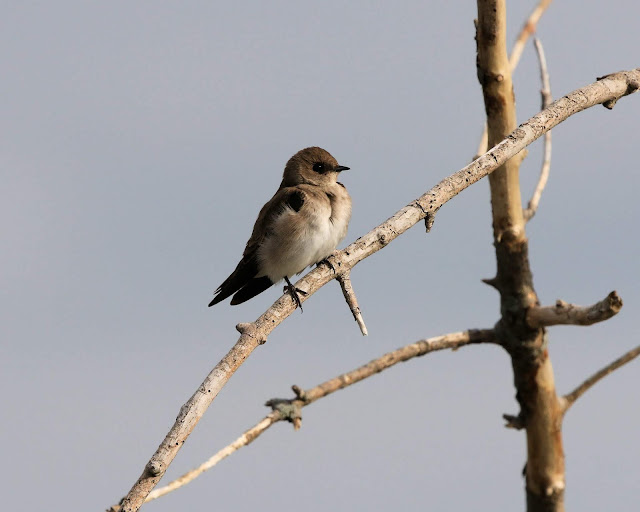 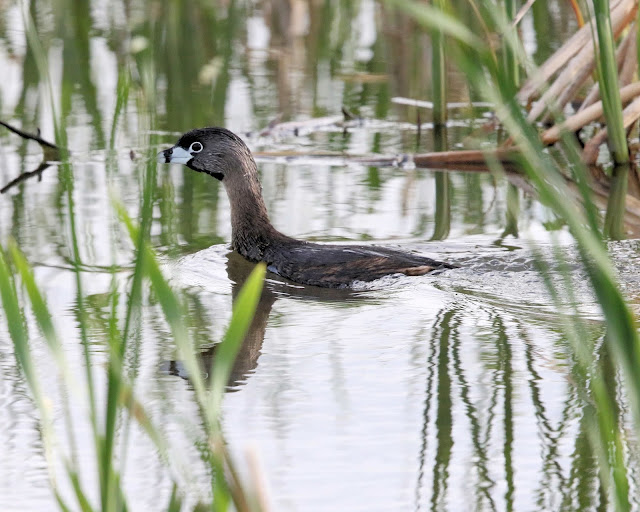 This Pied-billed Grebe spotted me and was zooming quickly into the reeds.
Ya know, I never noticed their black throat before. 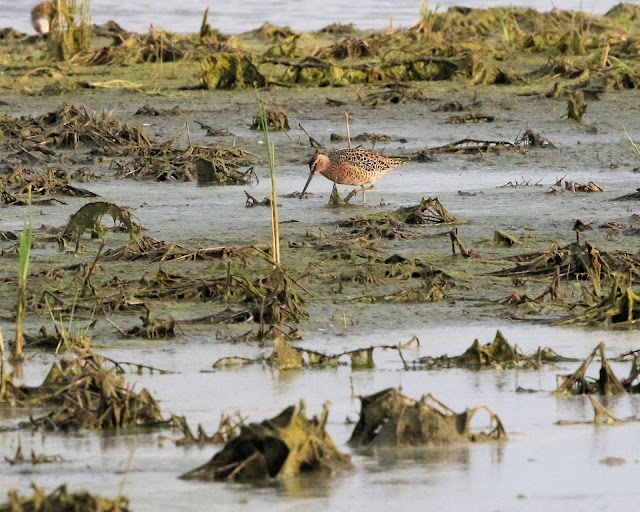 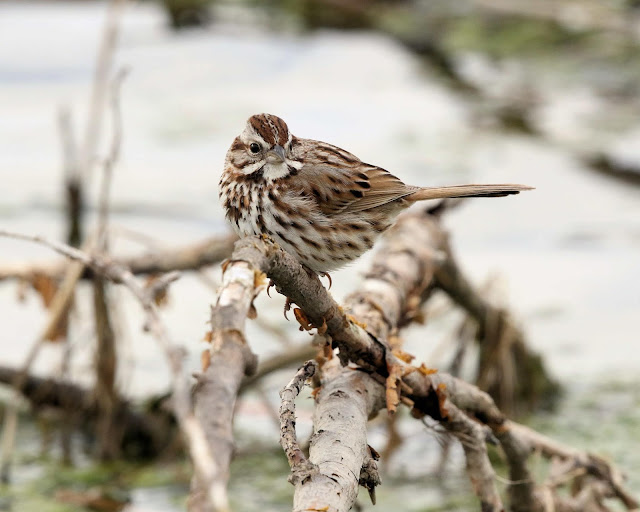 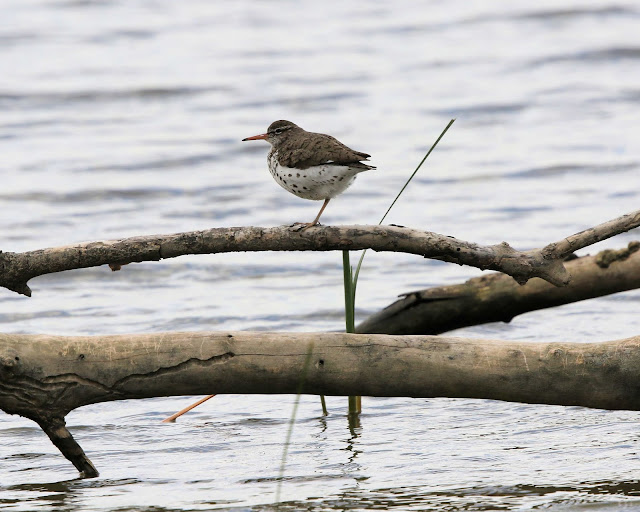 Among all of the Spotted Sandpipers out there, this one really "stood" out...he only had one leg.
It sure didn't appear to be a problem. 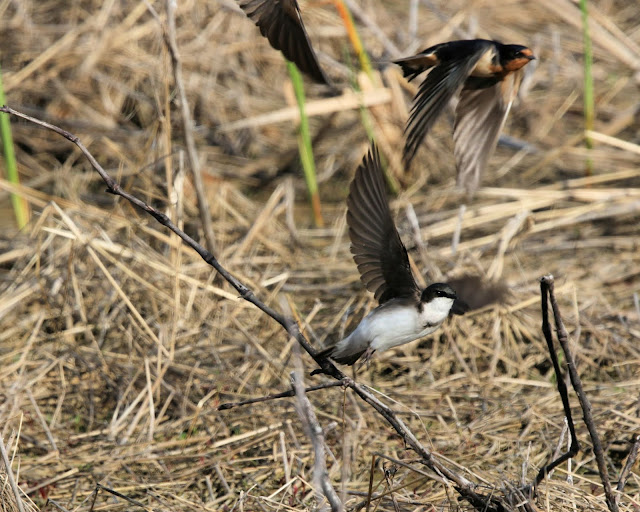 We gotta fly now! I'll be back soon with more from Magee!
Stay tuned...