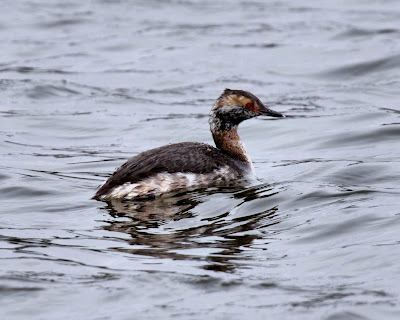 A Horned Grebe going into breeding plumage. I caught him in between dives, you should see the empty water shots!

You know you've had a good birding weekend when:

a) You see lots of good friends you haven't seen in awhile.

b) You attend great programs presented by Jim McCormac and Kenn Kaufman among others. 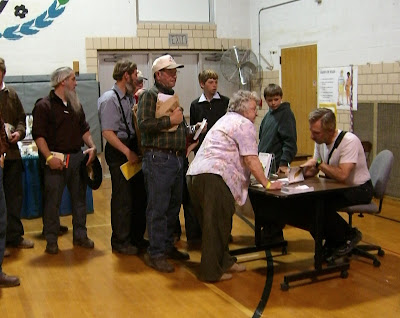 Killer Kenn Kaufman signing everything that was put in front of him after his great presentation on Bird Migration...from the point of view of the birds. 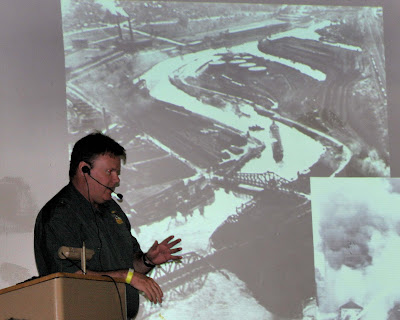 Jim McCormac showing photos of the Cuyahoga River fire of 1969. That was the turning point for pollution control in the U.S. 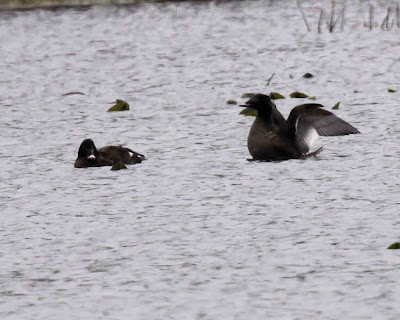 A pair of White-winged Scoters a little out of their normal territory.

d) You make the front page of the local paper.

Chris Kick of The Daily Record taking my photo while I'm shooting far off duckies.

e) All of the above.

Yes indeedy, 'e' was the correct answer! What a great time was had by all, especially Laurie-loo and yours truly!

This was the largest of the annual Shreve Migration Sensation festivals by far. Started in 2000 by Kevin Higgins of the Ohio Division of Wildlife, every year has wonderful speakers and programs, not to mention the area birding. This year close to 1000 birders descended on the small town of Shreve, Ohio. The big draw, besides the speakers of course, and the great Amish cooking, is Killbuck Marsh and the vast quantity of waterfowl to be found. There are 6000 acres of marsh and swamp to explore with many breeding birds to be found...with a little patience. 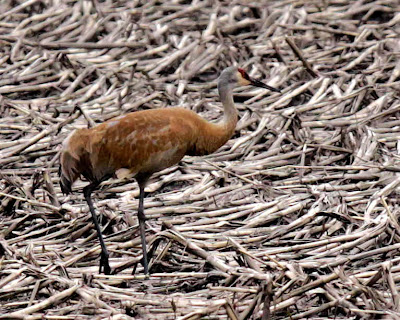 A pair of Sandhill Cranes were out foraging in corn stubble at dusk. They are known to nest in this area also.


Ah, the two White-winged Scoters. We heard a few folks talking about them and thought, what are the odds we'll find them among all the other waterfowl in the marshes. We first went to Wright Marsh (instead of a program!) where we heard they were last spotted. A friend of ours, Craig Caldwell, said they were there, but hard to spot as they were up for a second and down for what seemed like a week. We came to nearly the end of a dike in the marsh where a number of Amish birders were and they helped us locate the area they were supposed to be. 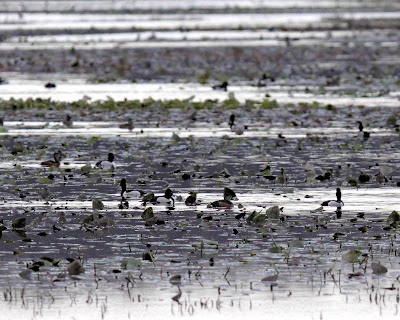 Ring-necked Ducks were MORE than plentiful! There were hundreds to be found and sorted through. We also saw Lesser Scaup mixed in as well as Northern Shoveler, Gadwall, American Wigeon and Blue-winged Teal. 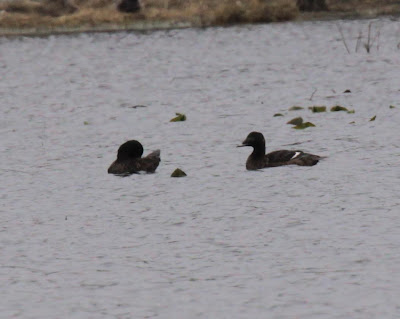 There they are! White-winged Scoters at last!

Then at last, WAY out in the distance, two black spots were swimming and diving among the hundreds of Ring-necked Ducks. I put a 2X converter on the 300mm lens, and bad-a-bing, I got me a couple of Scoters! Maybe not the greatest shot, but I'm more interested in SEEING the birds than making a field guide. At least for now... 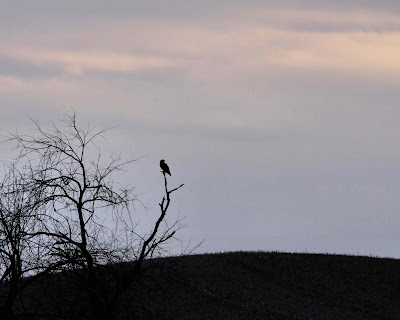 I haven't finished going through all the photos yet. I probably deleted half of what I shot on Saturday. I'll post the photos from Sunday within the next day or so. Sunday we lucked out. It was supposed to be raining heavily, then cooling way down with snow flurries thrown in for good measure. Springtime in Ohio, gotta love it. Anyway, early on the skies were clear and the temps were fine, so we got a little more birding in before the downpour came. 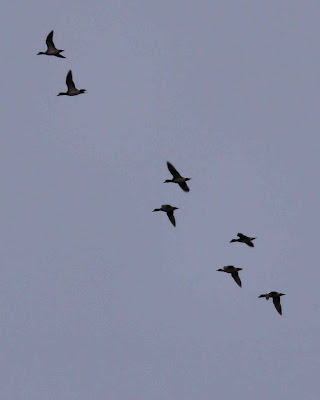 American Wigeon flying off into the sunset just as I am going to do now...