Birding before the storm 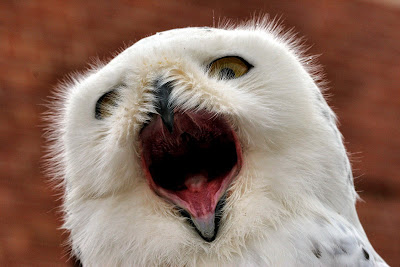 I hope I'm not boring you as much as I did this Snowy Owl! It is an injured Owl rescued by the Medina Raptor Center. 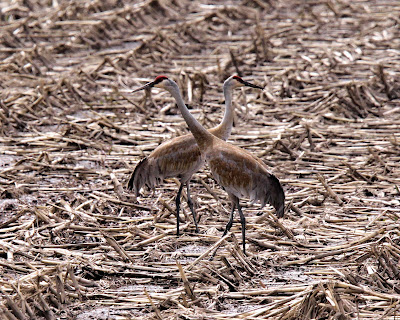 We spotted these Sandhill Cranes the previous evening in this farm field. They were close to the same spot on Sunday afternoon. Must be good eatin' there!

Sunday was our last day in Shreve, Ohio and the weather forecast was ominous. As it turned out, when we awoke, it was sunny and only a little chilly. 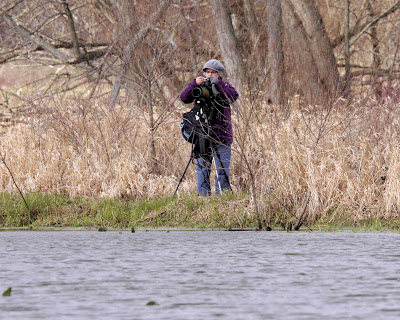 Laurie-loo trying to digiscope the Scoters. Please note the word "trying". More practice is needed for us both. 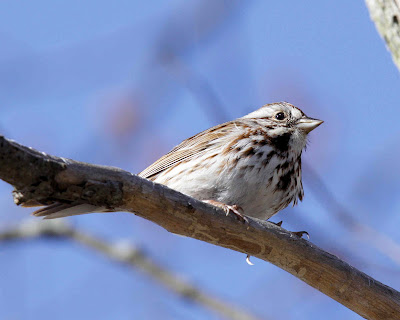 I love Song Sparrows! This one watched me watching him. I spoke to him quietly (really!) and asked if he'd turn around for my Birds from Behind blog, he said okay as long as I gave him credit. 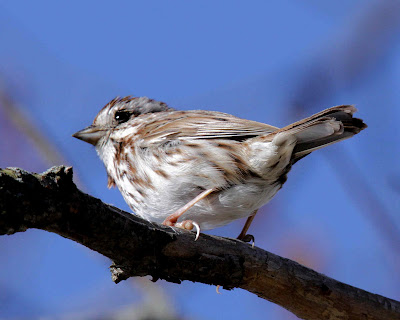 I feel bad, I forgot to get his name. Well if he sees this, I'm sure he'll let me know.

So we hustled and made it out for a little last minute birding on the marshes and wetlands. Our first stop was Wright Marsh where we saw the White-winged Scoters on Saturday. As luck would have it, they were still there! I tried walking down the dike a little further to get a closer shot, if you could call it that. I have a few that were a little better than the previous, but still not great. Oh well, evidence that I saw the bird. If anyone from Canon is out there, feel free to send me a demo of the new 800mm telephoto lens. I would be happy to settle for the 600mm though, beggars can't be choosers, as we said as children. 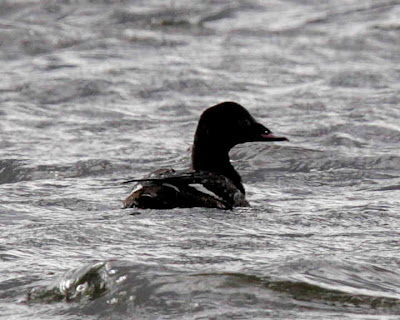 This shot is cropped a WHOLE lot! Yep, that big telephoto sure would be nice... 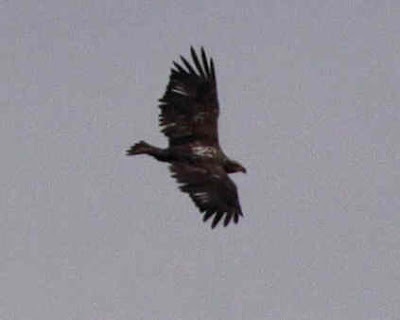 We also spotted this juvenile Bald Eagle cruising overhead. That 300mm lens gets REAL heavy when you're holding it over your head!

We were also on the lookout for the Northern Shrike that had been seen, but to no avail. I did slam on the brakes on a farm road and got Laurie-loo's attention REAL quick. She doesn't like my Land Rover driving style. It turned out to be an American Kestrel, still a good bird to see!

The winds really picked up and a torrential downpour ensued. Seeing how my lens and I don't like getting wet, we called it a day. I'm sure the ducks were still happy.

By the way, a BIG congratulations is owed to Jim McCormac, co founder of the Ohio Ornithological Society, author and all around great guy. He was the recipient of the ABA's Ludlow Griscom Award! 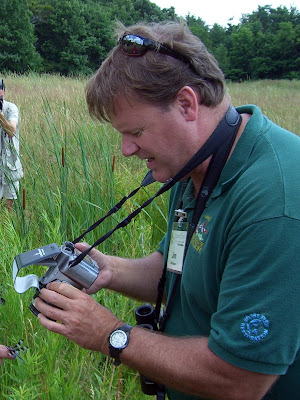