Just an average day on the boardwalk... 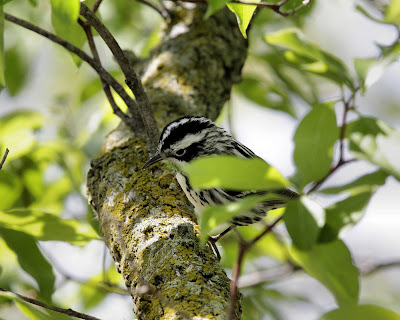 A Black-and-White Warbler searching for unsuspecting prey.
I shot close to 100 photos of this one warbly guy, I may do a post just on him!

Yep, just a typical day in may at Magee...not much to see, a few dozen camera geeks like me, many mouths agape, and many eyes unsure of which way to look next. Oh yeah, did I forget to mention the 30 or so species of warbly things bouncing through the tree tops? Well, they're there also!

The weather hasn't been very kind to the Biggest Week in American Birding, but the hard core birders don't mind getting soaking wet, freezing cold or blown around by tornadoes...all in a days birding...

This was one puzzling bird. Everyone had their guides out trying to decide what it was.
I met up with Nick from Tropical Birding as they had seen it earlier in the day.
Female Pine Warbler, a very pale lady indeed. 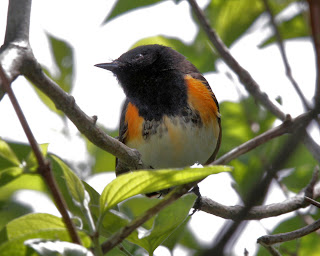 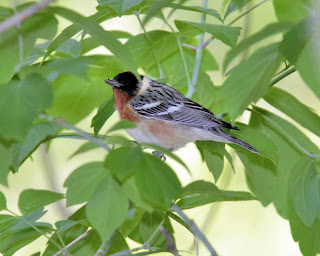 This Bay-breasted Warbler demonstrates the reason warblies drop in on Magee in May...FOOD!

I was confused for a moment on this one(actually quite a few moments)...it's a female Blackburnian Warbler. 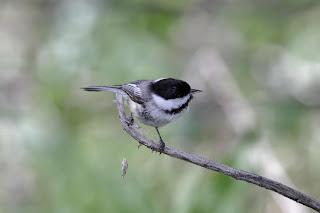 This poor scruffy Black-capped Chickadee was jealous of all the attention the warblies were getting. I tried to make him feel better...
Speaking of which,we have a nest box in our front garden with 3 nestlings inside!

I gotta put a butt shot in!
This one belongs to a Black-throated Green Warbler. 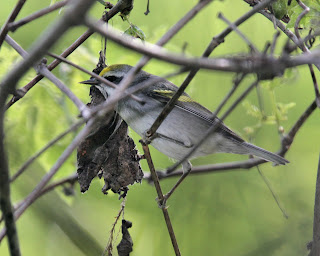 This is one of those birds that just doesn't want me to get a good shot!
Golden-winged Warblers don't like me. 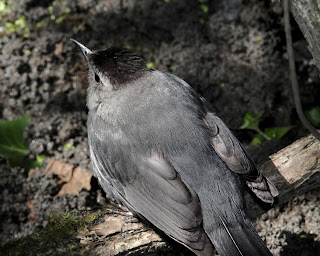 And then there's the Gray Catbird. They like me! 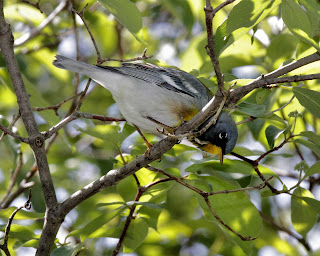 This Northern Parula just can't quite figure out what I'm up to... 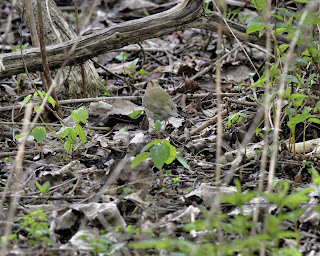 And here we have an Ovenbird...running away from me...smart little bird.

A Thrush in a rush, that's the definition of a Veery! 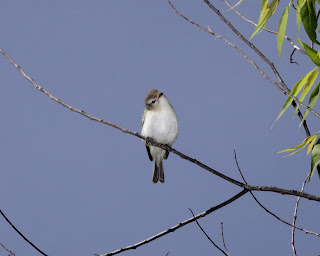 If you see a very plain bird, up above you with a blank stare on his simple face, it's a Warbling Vireo.
He makes up for it with a great voice.

This Yellow Warbler is building a nest right along the boardwalk...with about a dozen photographers watching!

A female Yellow-rumped(soon to be Myrtle) Warbler...waiting patiently for a man...

I thought this little bunnie was so cute...until I looked at his eye.
I wonder if Bob slipped him something? Anyone seen Bob around?

I had to leave the boardwalk and go back to work for a couple of days...nutz. I'll be back Thursday to get some of the new warblers that are just coming through Magee! It's going to be another good weekend!
Posted by Dave at 10:28 PM