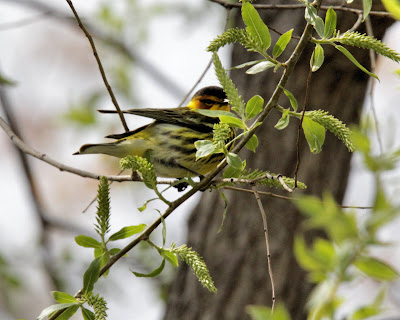 A Cape May Warbly Thing preparing to zoom...

Yes dear children, it's that time again! Time to make you suffer through an excruciatingly long bloggity of some of my favorite crappy photos from May 6th. Yes, May 6th...and ONLY May 6th! Isn't amazing how many I can shoot in a single afternoon? The drizzle helped, as did me setting up the camera wrong...and a defective flash cable. Oh, and let's not forget the "Luck of the Loopy!" I shouldn't be allowed out alone with a camera.

Don't forget, there's that little red X at the top left of your monitor if you can't deal with this...but...what might you miss at the end, hmmm? 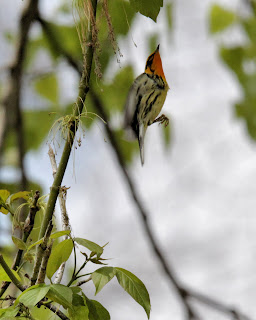 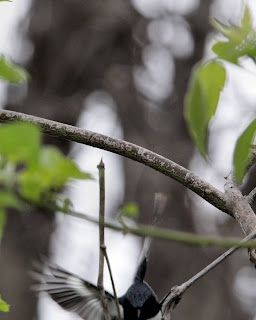 As opposed to Black-throated Blue Warblys...they zoom down. 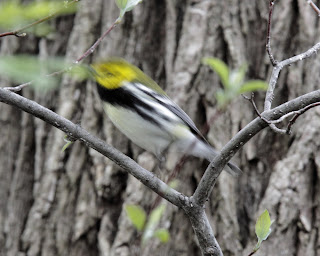 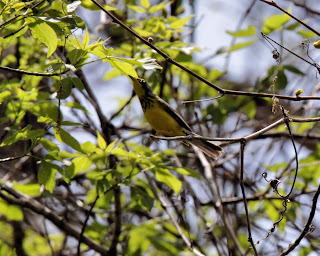 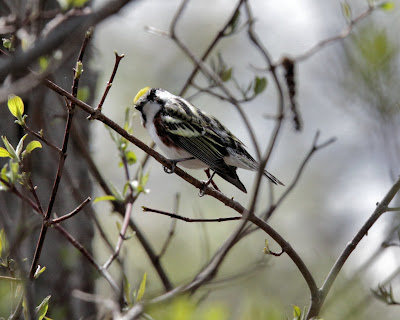 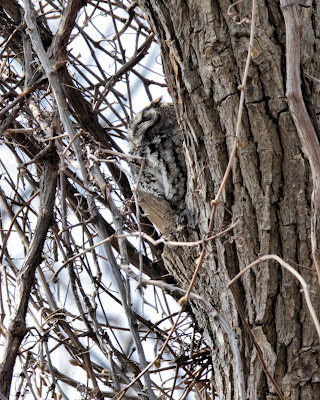 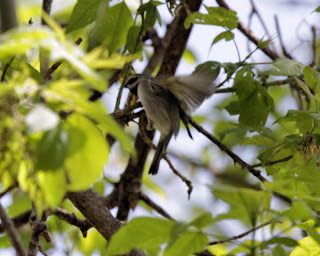 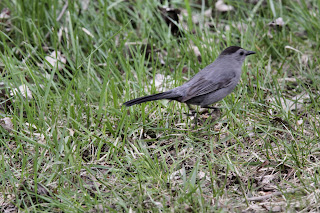 Gray Catbirds don't zoom so much as do the hoppity thing. 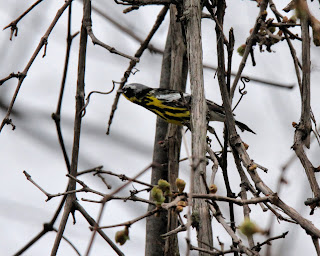 Magnolia Warblys are kind of like Canada Warblys...sort of stretchy... 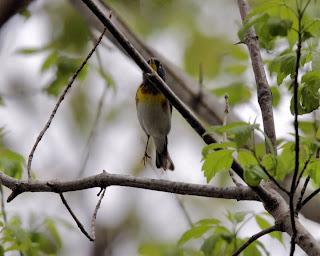 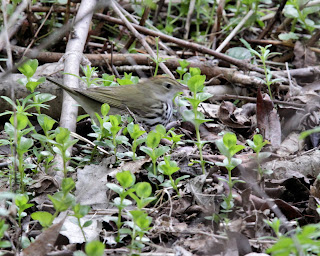 Ovenbirds don't zoom, they wobble...like Weebles...butt they don't fall down. 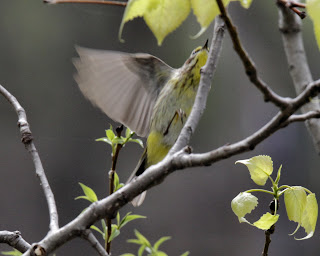 One day when you get enough shots like this,
you'll be able to ID this Palm Warbly zooming just like me.
Sad thought, isn't it. 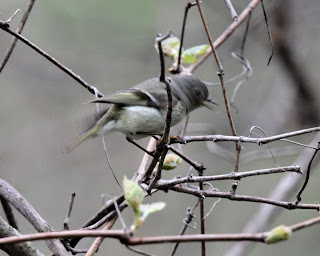 This is a Ruby-crowned Kinglet twisting and shouting, not zooming. I don't know what this Trumpeter Swan was doing.
He wasn't zooming, that's beneath their dignity. 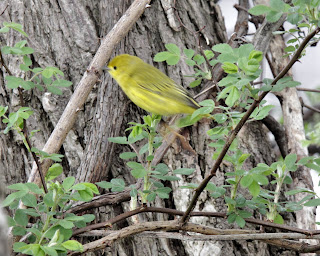 The zooming of some fine Yellow Warblyness. 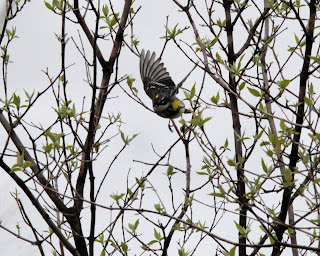 I'm not sure, but I think this angry little Yellow-rumped Warbly was attacking and not zooming! 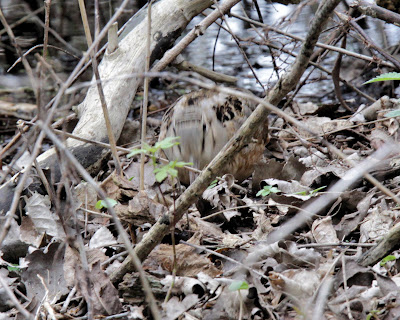 Wow.
With enough practice and a REALLY slow shutter speed, you too can catch an American Woodcock in the midst of a Doodley kind of zoom!
Now, aren't you glad you stayed until the end? I know you were...
Posted by Dave at 9:44 PM