The First Annual "Congressional Cloaca" Award!!! (updated for your enjoyment!)

I've been very polite for some time now. No rants. No raves. Today...I can't take it anymore. John Boener is well deserving of this award. As the "Speaker of the House," and the chief cloaca of Congress, I have decided to honor him with the first annual(or maybe more) "Congressional Cloaca!"

Among his many achievements to date...

*Trying to repeal the health care law 52 times. Why should the United States actually try to help it's citizens like every other major democracy?

*Blocking the passing of a budget on more than one occasion to kill our economy and place more of the middle class out of work.

* "Raise the minimum wage? Communist poppycock!" (Not an actual quote, but it's my blog.)

*Extending unemployment? Why that would cost money and we don't have the budget! Now starting wars all over the world, we have money for that. I just don't get that one.

*No immigration reform, we'll just complain about it and not do anything.

*Education? It's bad for big business. An educated public can be a dangerous thing.

*Boehner and his allies love those American Terrorists. Cliven Bundy for example and the Open Carry folks in Texas. Imagine a minority person walking the streets carrying an assault weapon, they would be shot in a second.

*Really, trying to impeach the president because you just don't agree?

*Having a bad fake tan.

"I believe the president is not faithfully executing the laws of this country." So...he's filing a lawsuit against the president. When asked on what grounds and what actions he was going to challenge..the super genius of the GOP answered..."When I make that decision, I'll let you know."

In other words, Boner and his fellow tea party members, lobbyists from the super pacs, the NRA, the oil companies and the coal industry haven't thought of anything yet. And they want to rule the world...very scary.

I hope soon Americans will figure out that these people don't have their best interests in mind. It all comes down to profit, and who gets the biggest share. 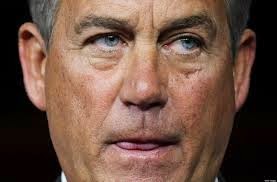 The face of an honest man? 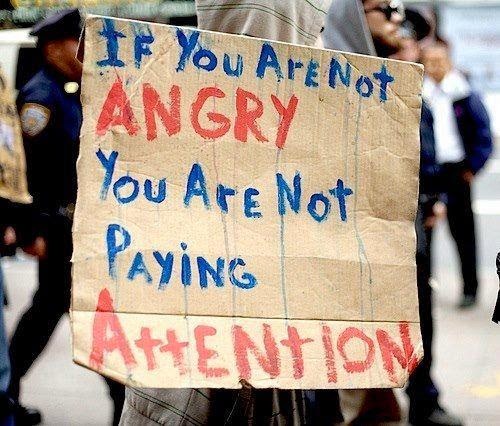