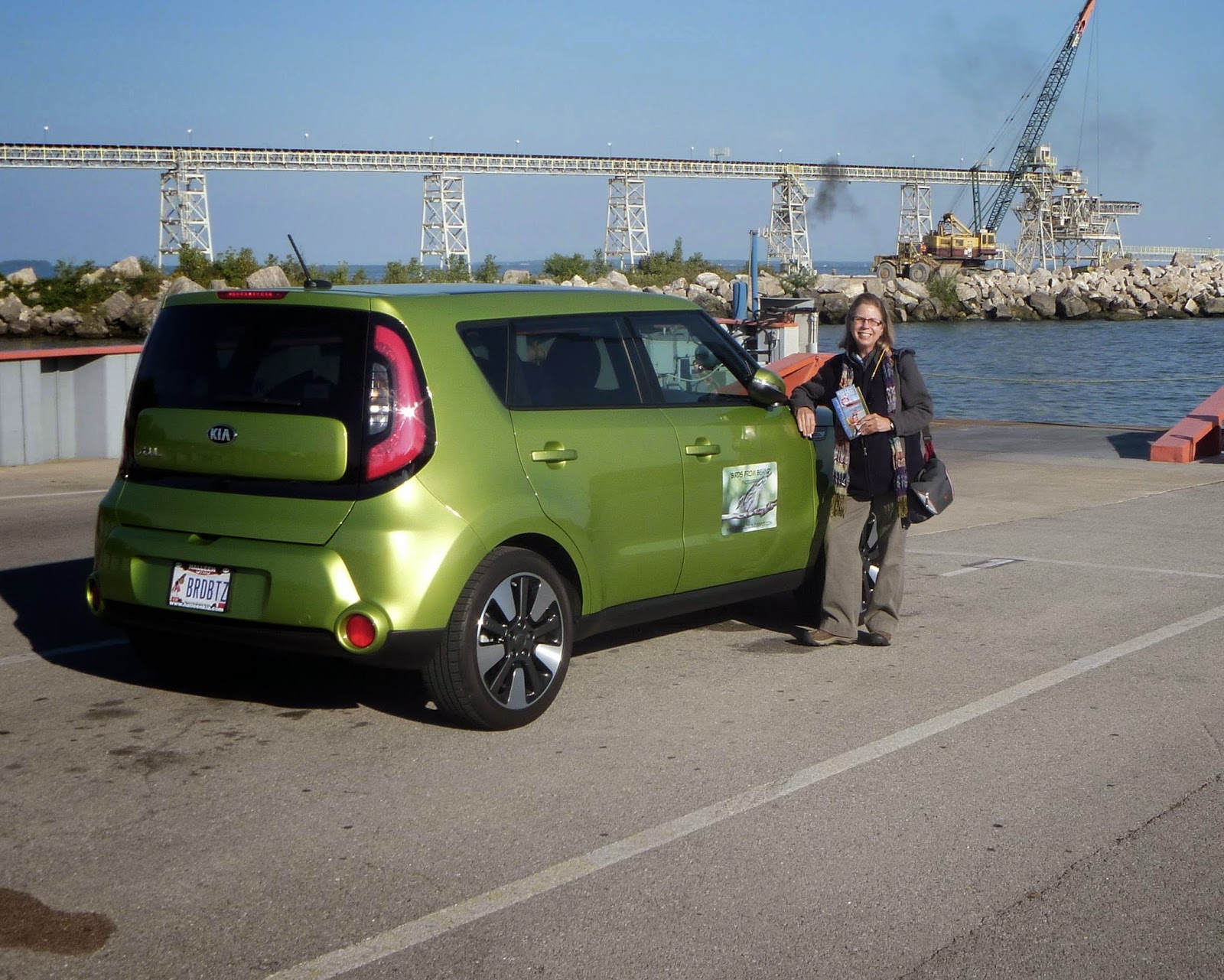 A good friend invited us over to Kelleys Island for a weekend escape from reality. We had to think about it...for a second...almost. It was a gorgeous weekend with temps in the seventies, clear skies and fall migration at hand. After loading up the birdmobile with food, clothes, bedding, camera gear, more clothes(girls!,) binoculars and I'm sure there was more we started out early for our drive to the ferry dock, you know that Doodles...have to be first in line! No dawdling for The Doodles.

As you can see by the above pic...we were just a little bit early! When the ferry arrived, I drove aboard. When it departed the docks, we learned something...DON'T SIT IN YOUR CAR WHEN THE FERRY IS ROCKIN! Yoiks. It was amazing how fast the stomach rolled and the vertigo kicked in...even for The Doodles. Getting out and standing on deck cured everything. Lesson number two...when you get out into the lake, beware of all the little gnats that will fly up your nose. Ick.

So...The Longest Twitch...there are four sites on Kelleys Island that are part of the Lake Erie Birding Trail, and we went to all of them...and needed a rest afterwards. We'll start out at the Scheele Preserve, one of a few areas owned and managed by the Cleveland Museum of Natural History.

This preserve has a nice trail winding through a meadow and into the woods to a gorgeous beach on Lake Erie. A very quiet and peaceful walk without another soul in sight. We were followed along the trail by numerous black-capped chickadees and warbly things hidden away amongst the trees. And then there were the snails...lots of snails. The Doodles noticed the first one atop a common milkweed. I thought some wise guy saw a pretty shell and placed it there for all to see...then it moved. Then we looked around. AND THEN...we realized what that crunching sound was as we walked along the trail. More ick. Oh well. We apologize for the snails harmed in the making of this blog. We were more careful on the way out...sort of...ick again... 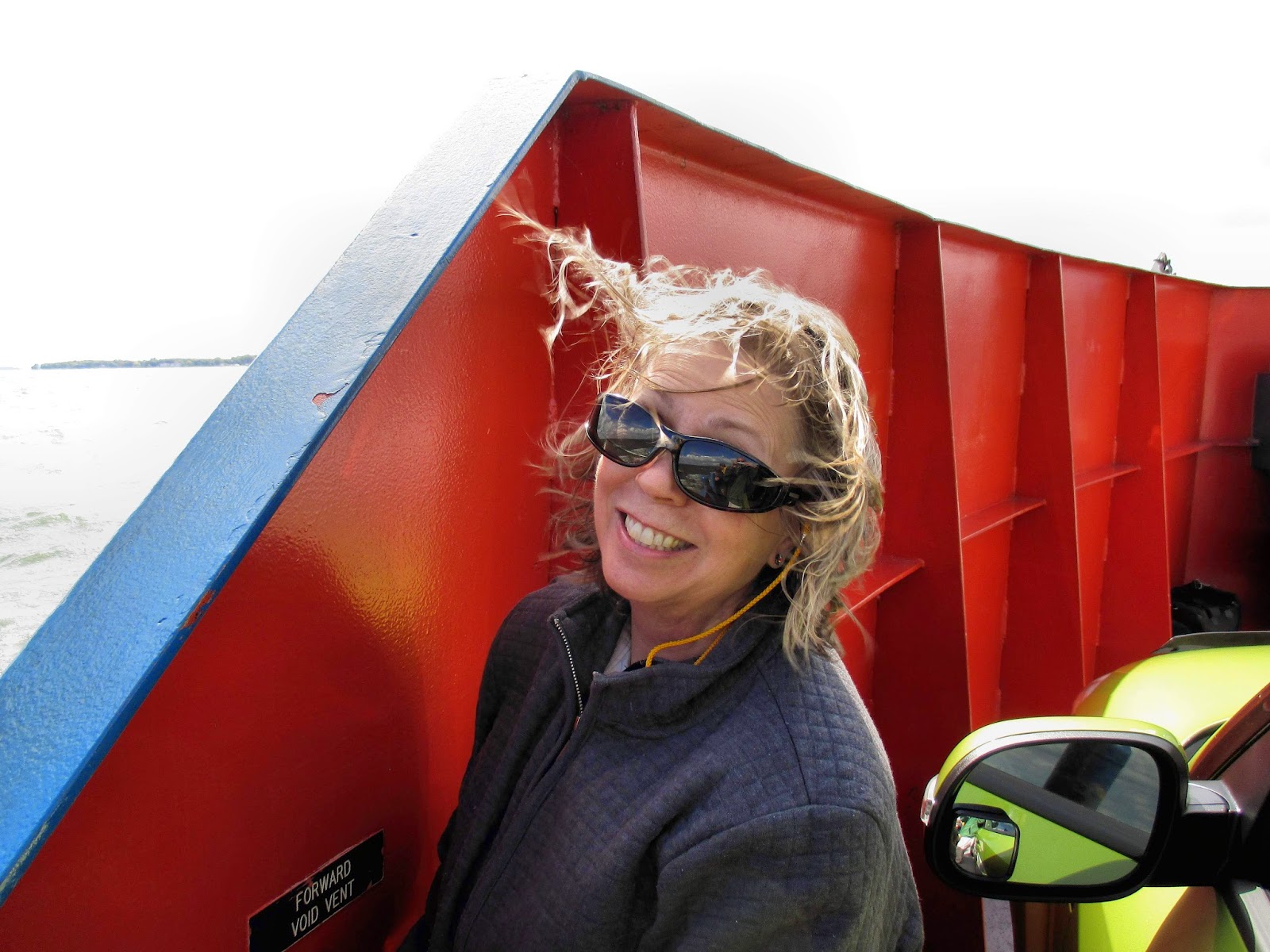 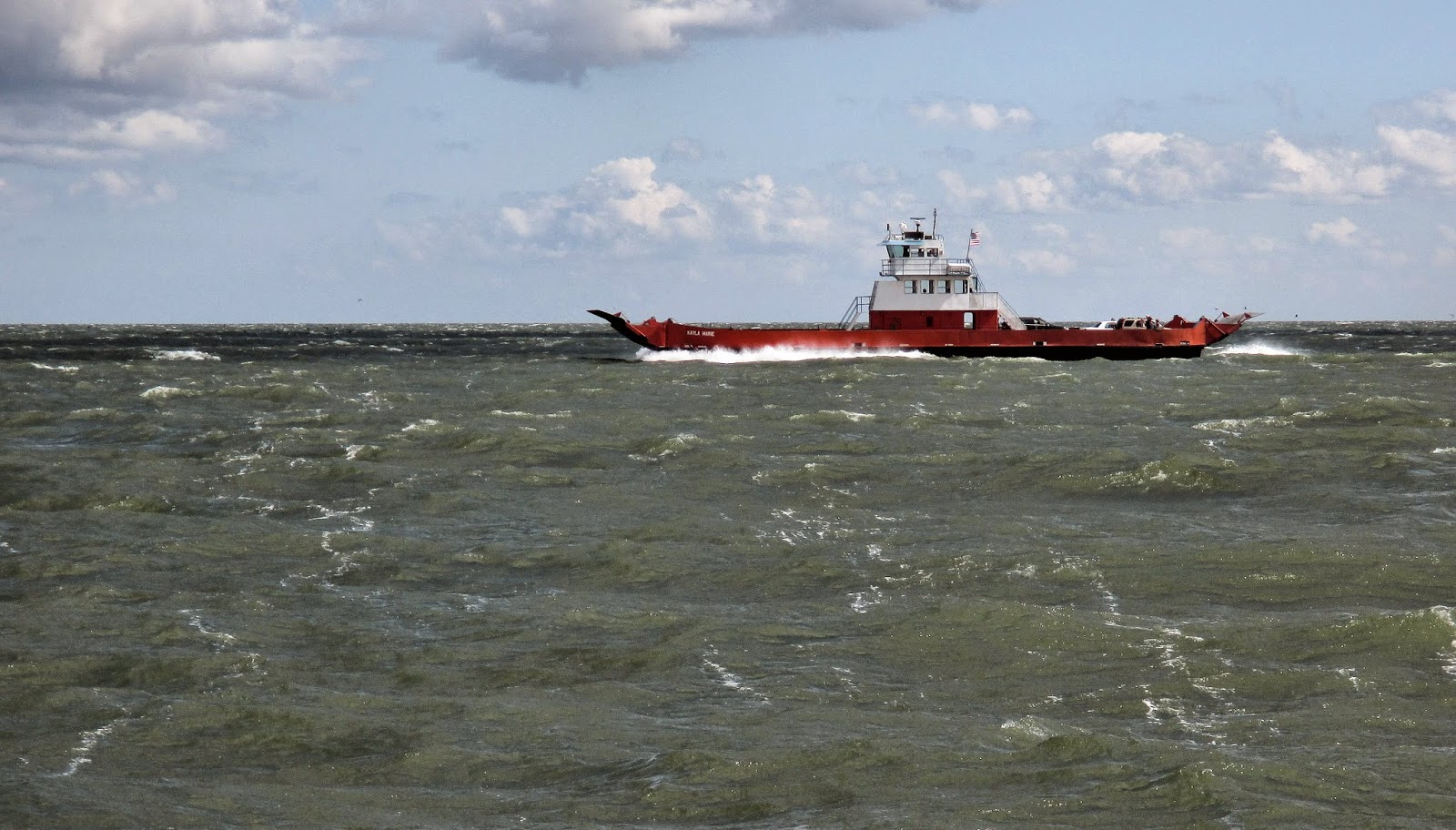 This is called "choppy" water...don't try this at home... 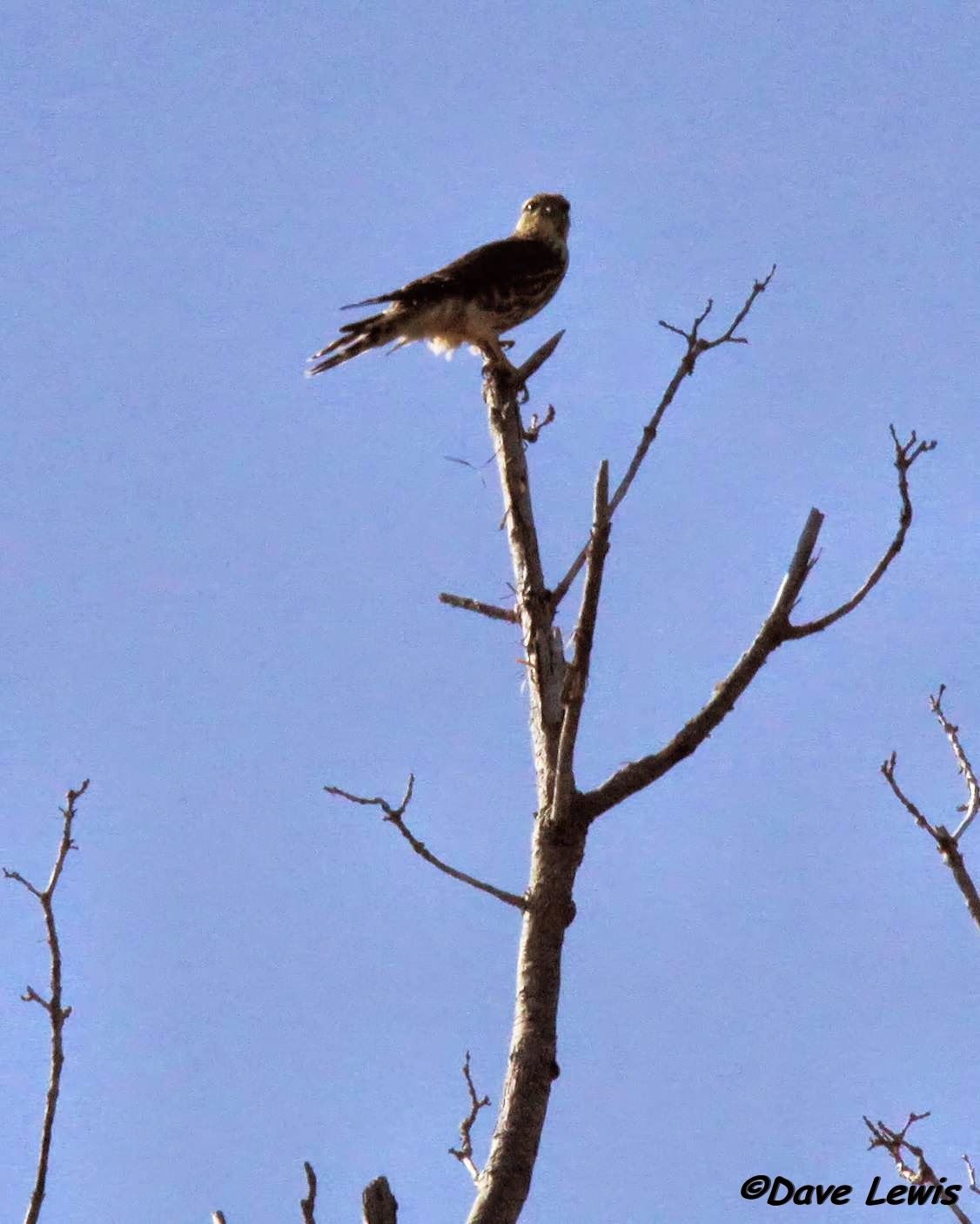 At first glance I called this an American Kestrel, but after looking at it a few more times, I think it may be a Merlin.
Opinions on my crappy photo?
(Still waiting for that Canon 500mm by the way!) 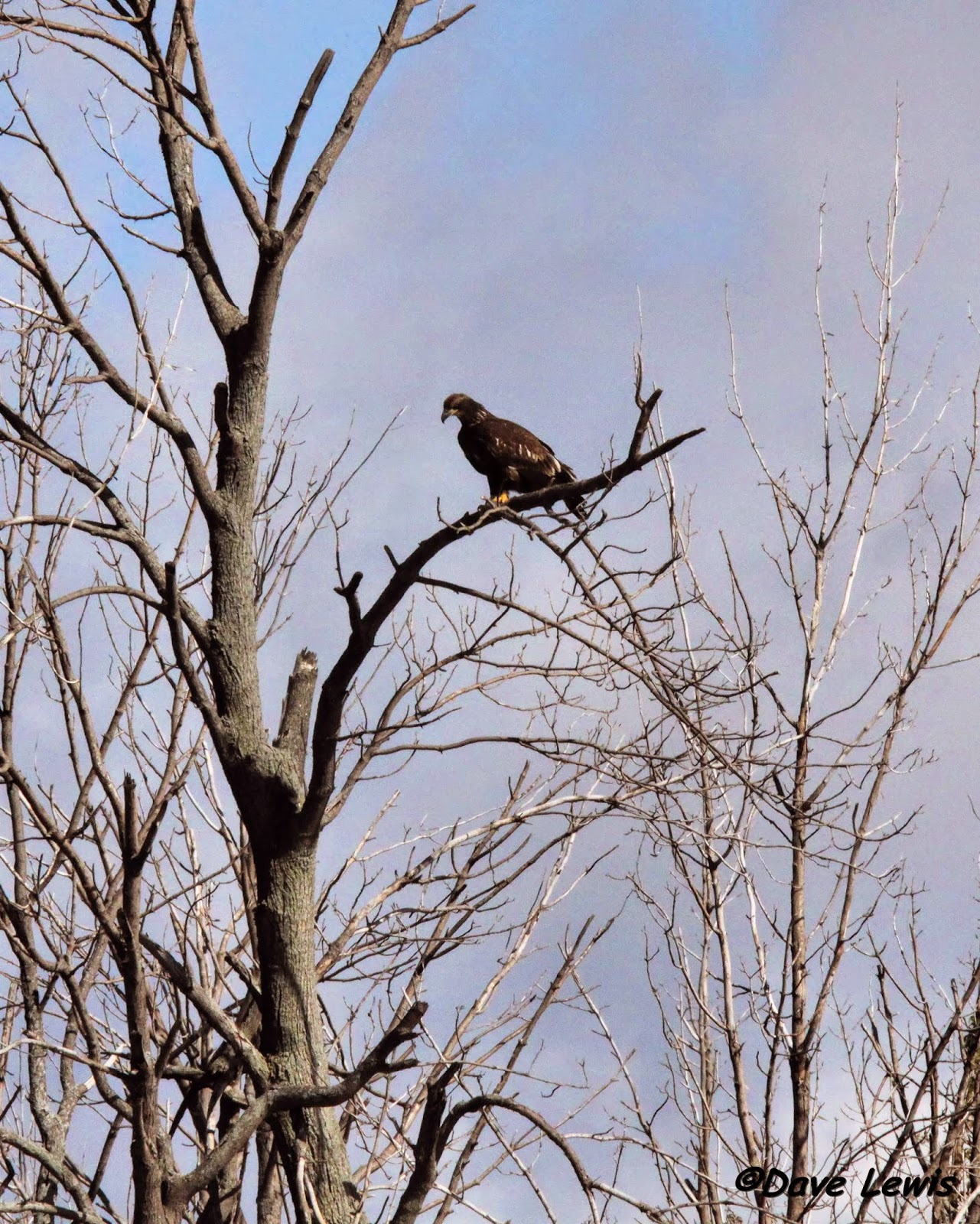 This young Bald Eagle circled for a bit before alighting in this dead tree.
He's looking down at the American Crows that are calling him rude names. 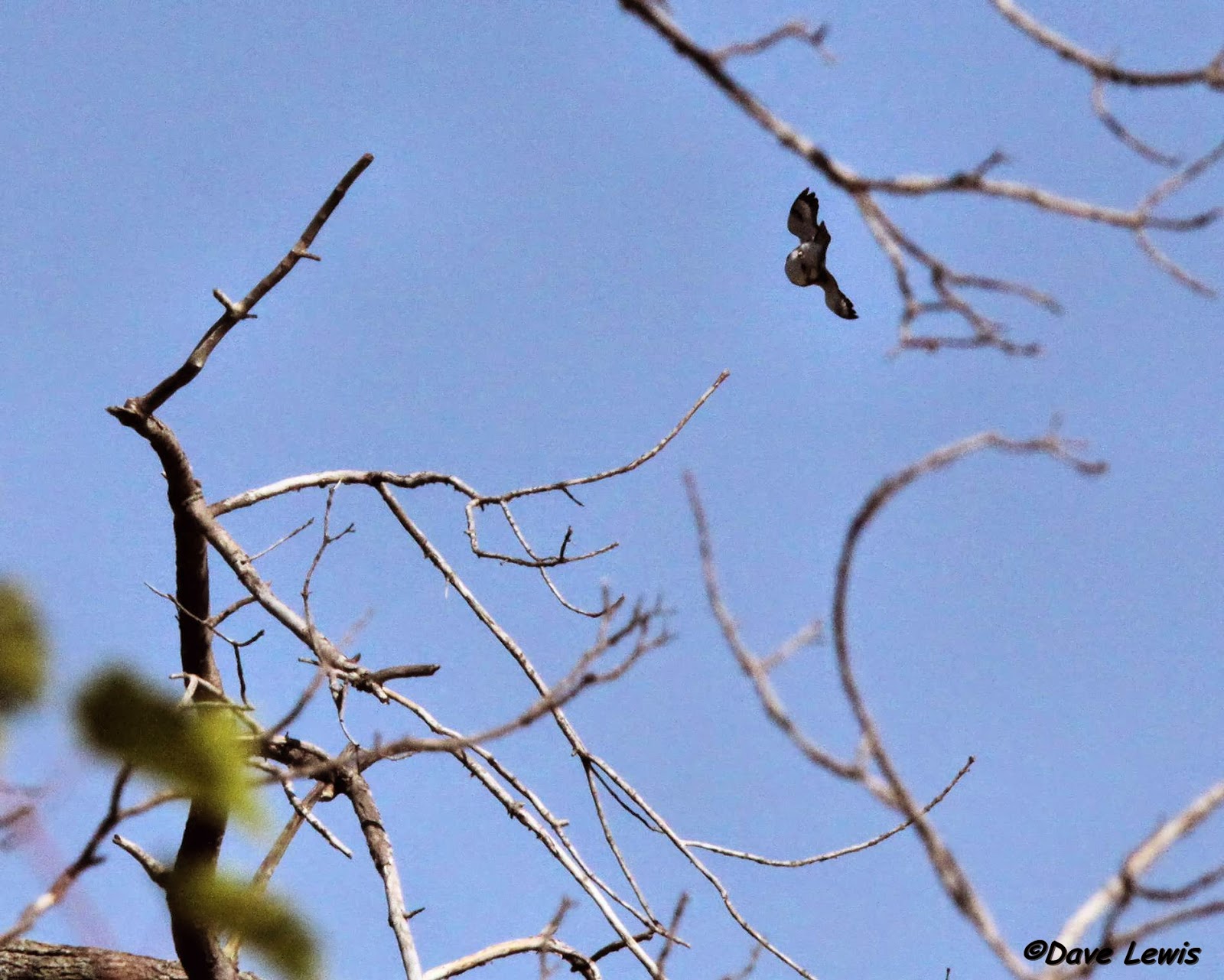 Hey! There's a...never mind...Belted Kingfisher not sitting on that snag. 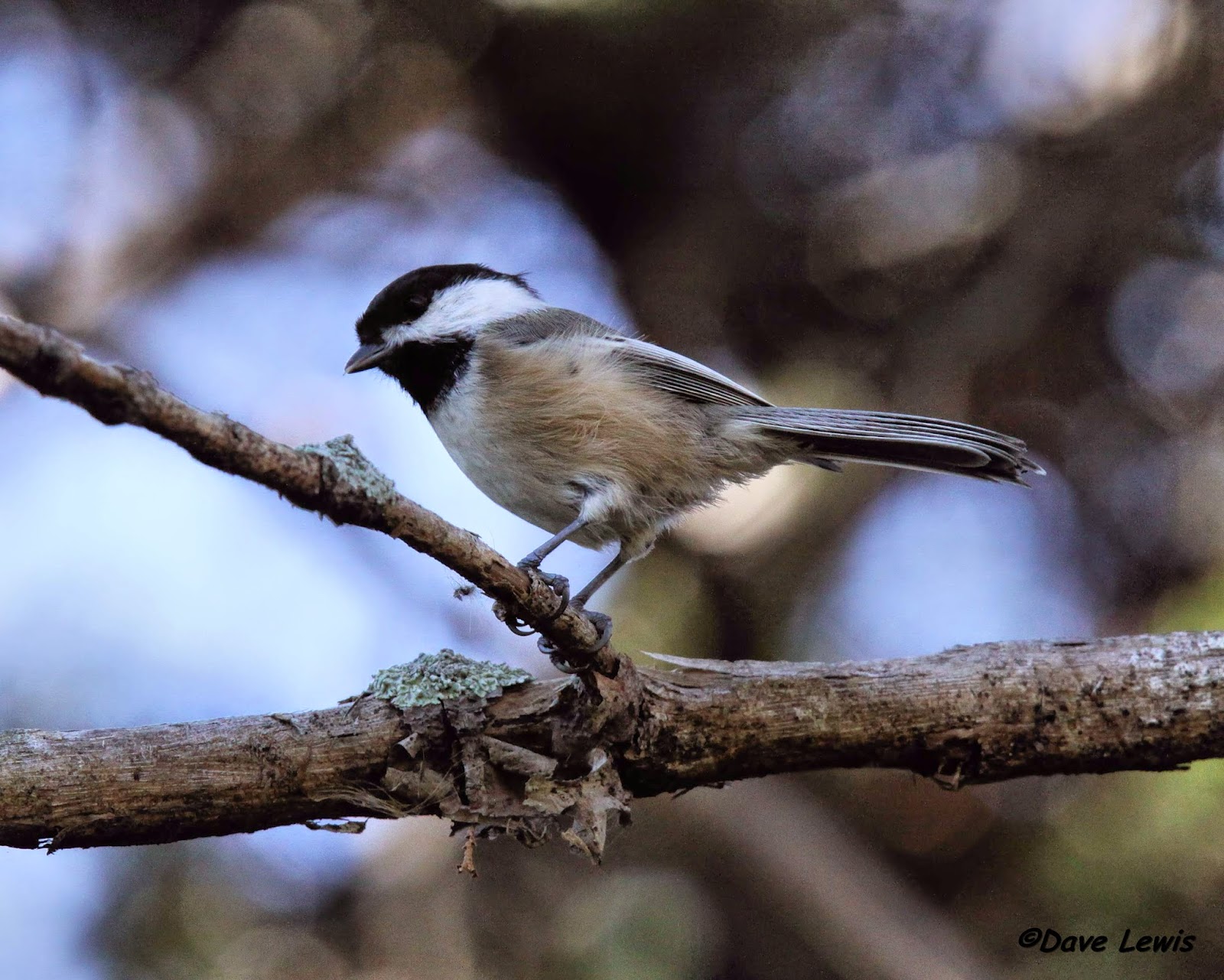 At least Black-capped Chickadees will sit still for a second.
AND it's almost a butt shot!
That doesn't seem to happen much lately! 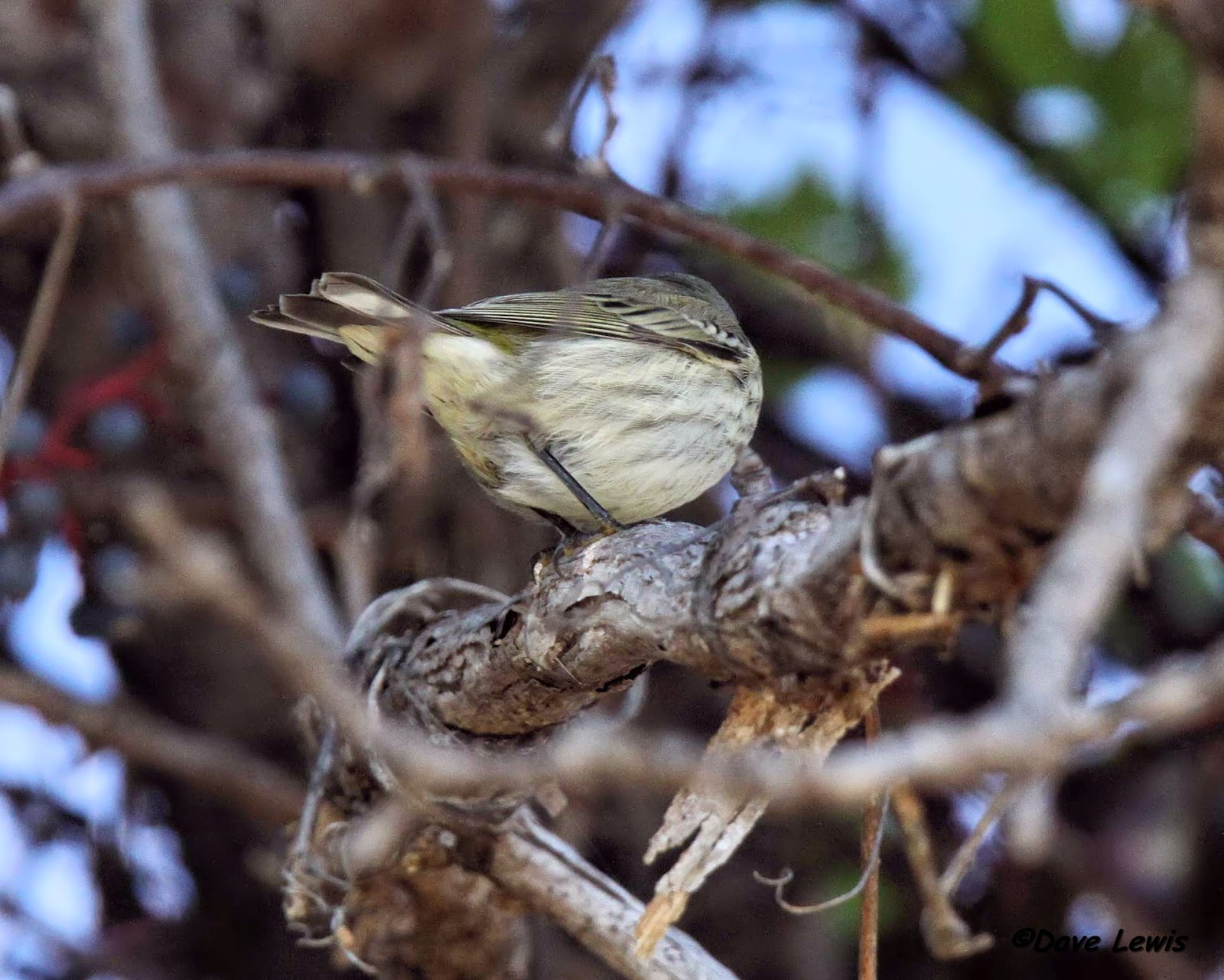 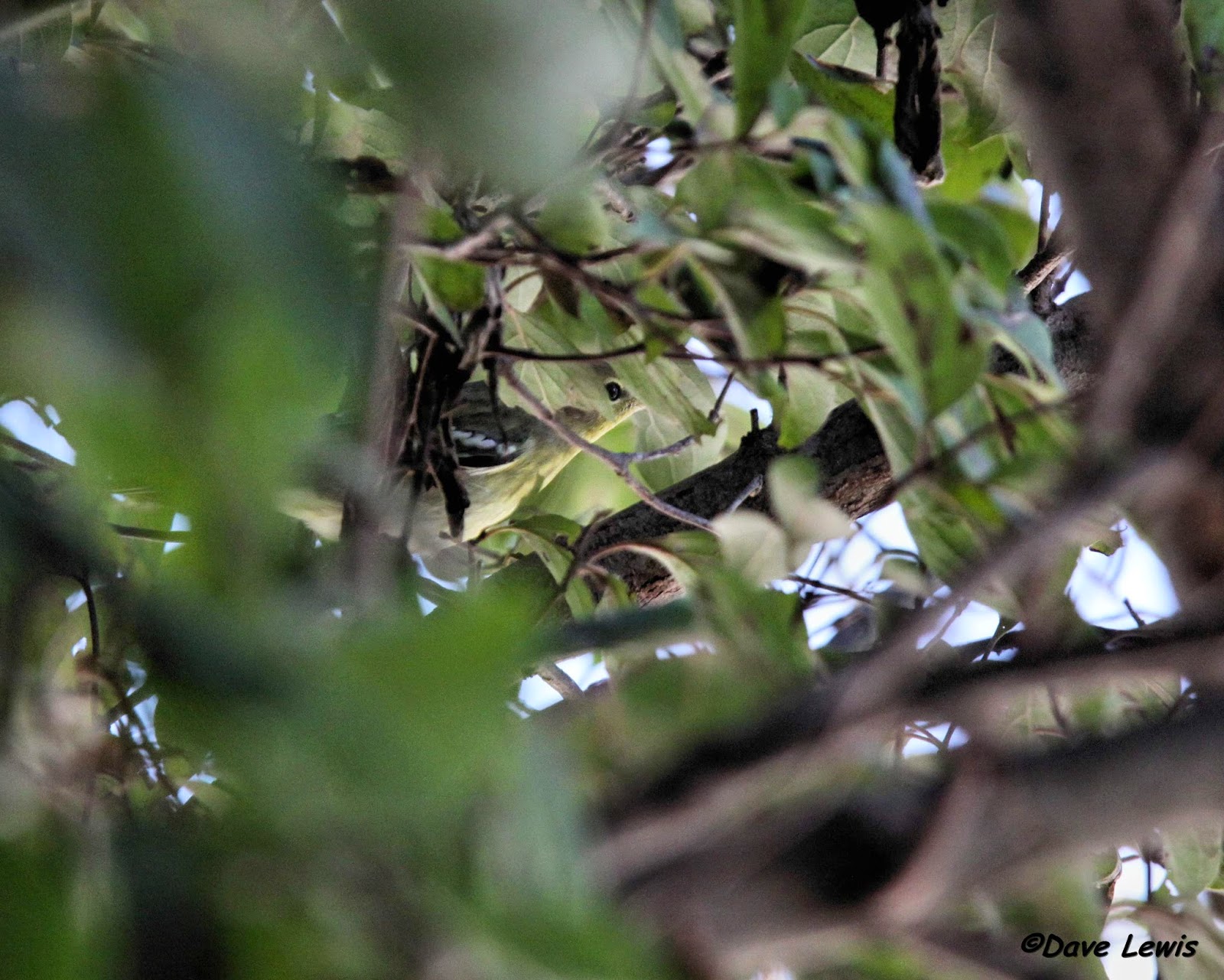 There were loads of these guys zipping around the trees.
See that broken eye ring and the yellow breast? 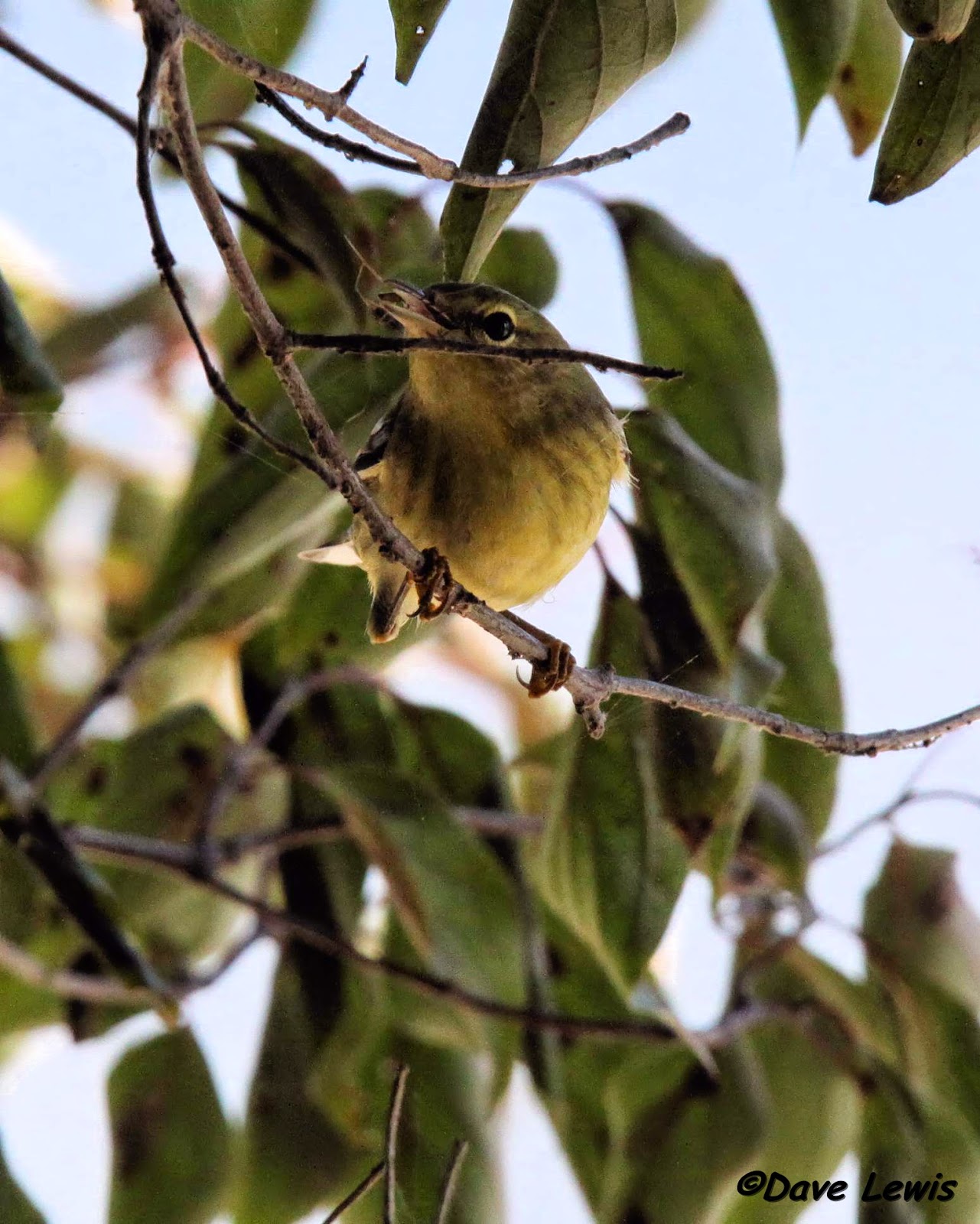 "Bugs for lunch anyone?"
Did you guess Blackpoll Warbly?
He's a lot different than his springy self! 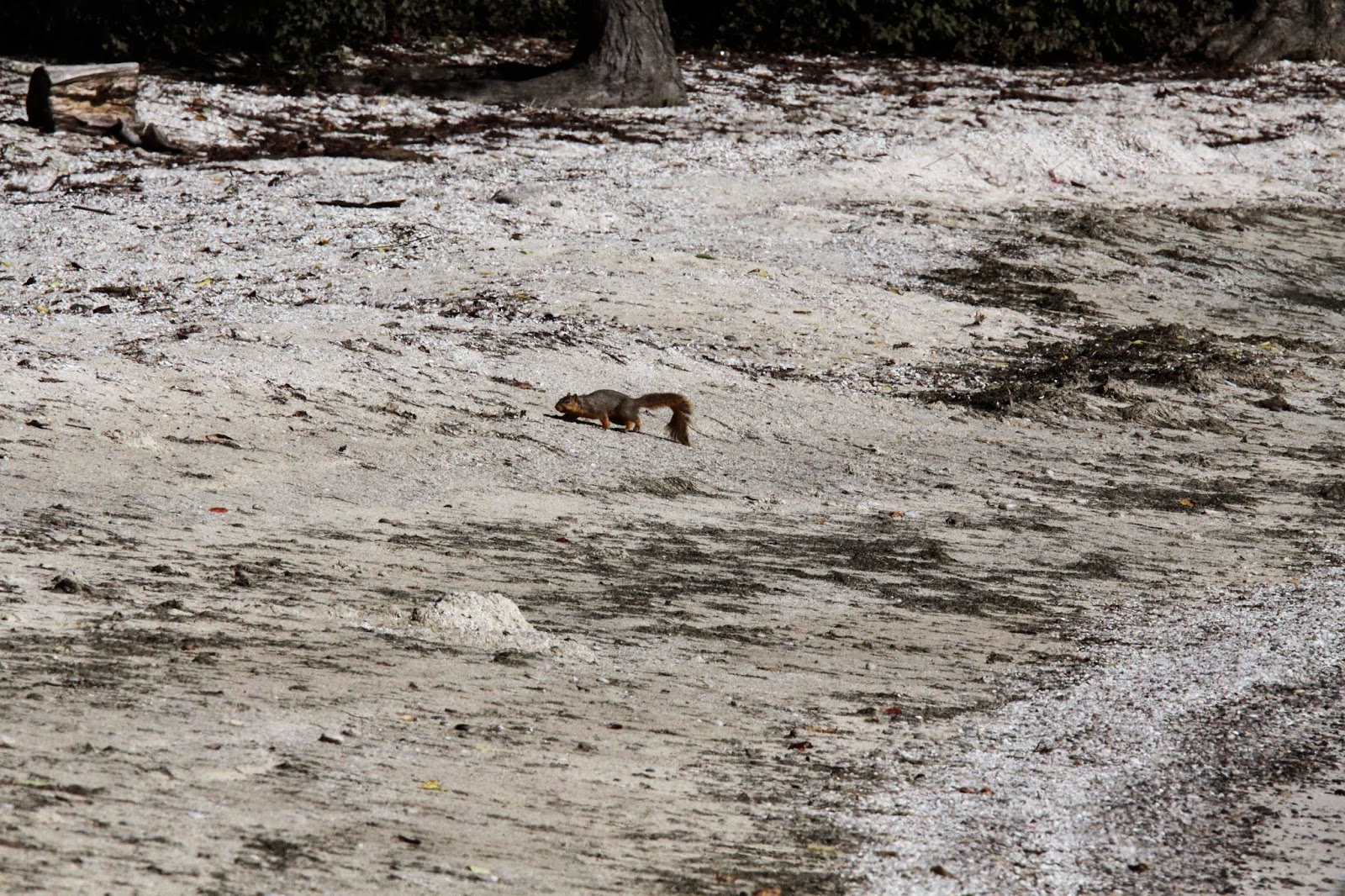 Even squirrels love being on the beach. 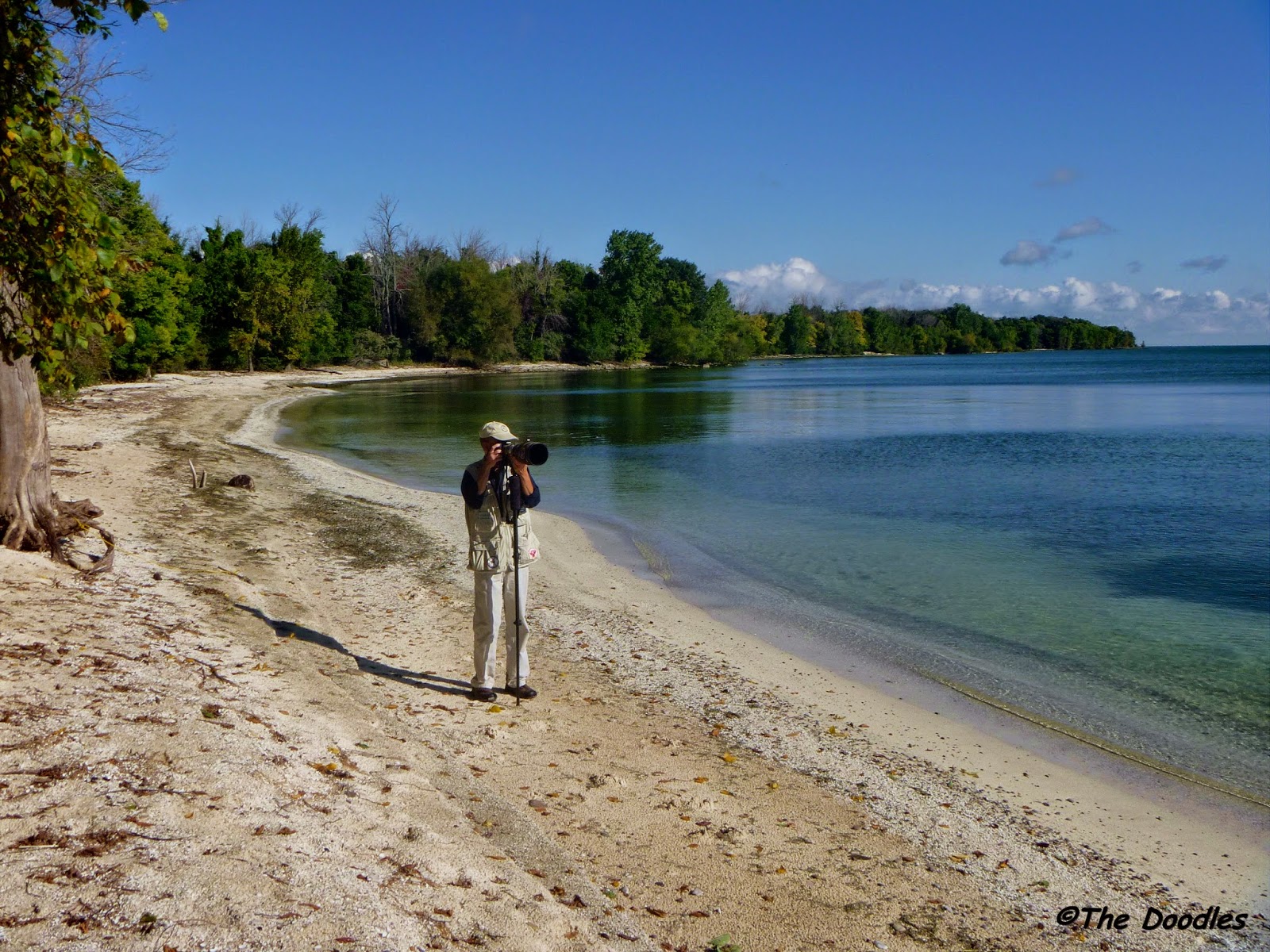 I could live here.
The Doodles says "no skinny dipping allowed!" 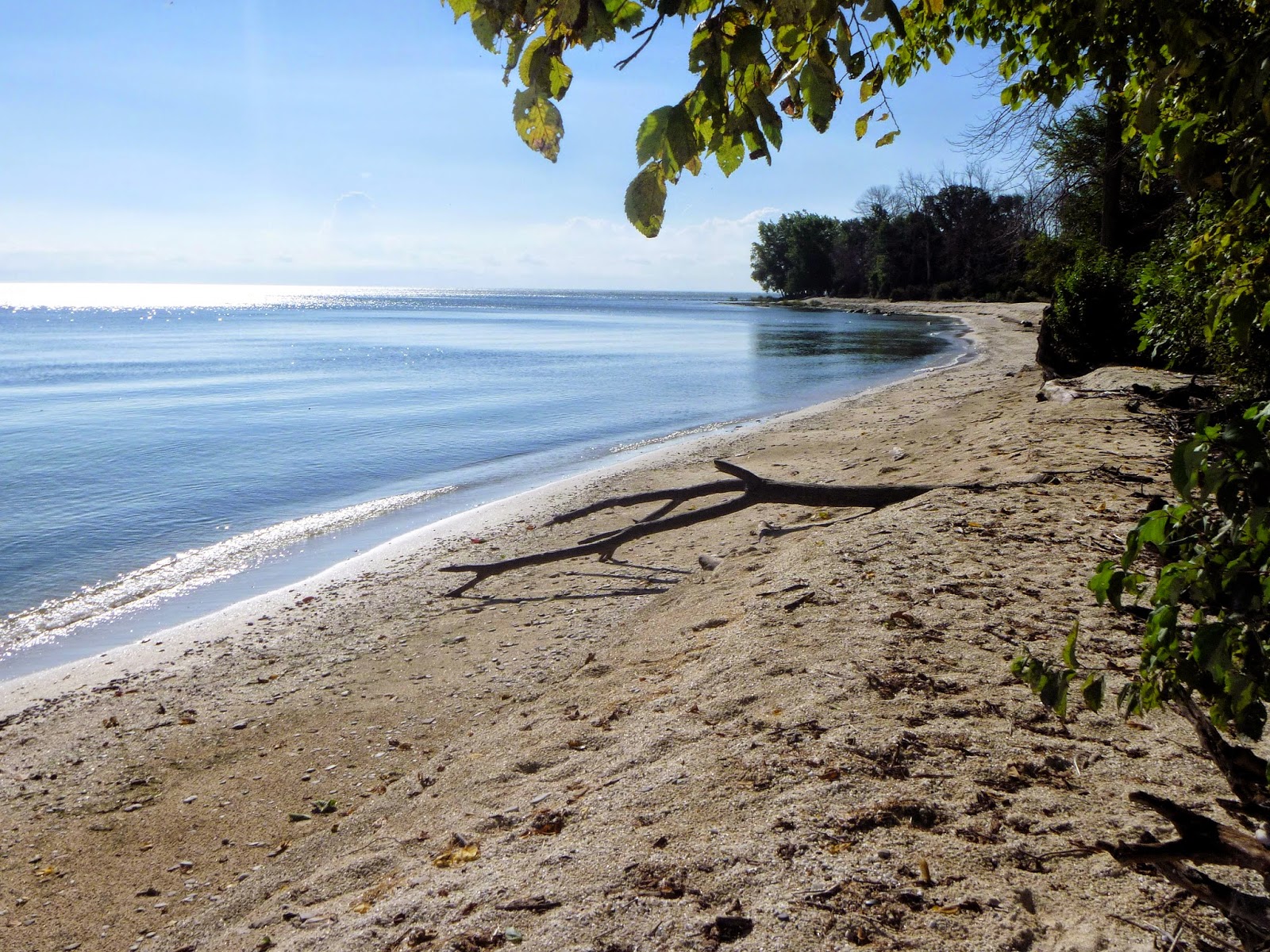 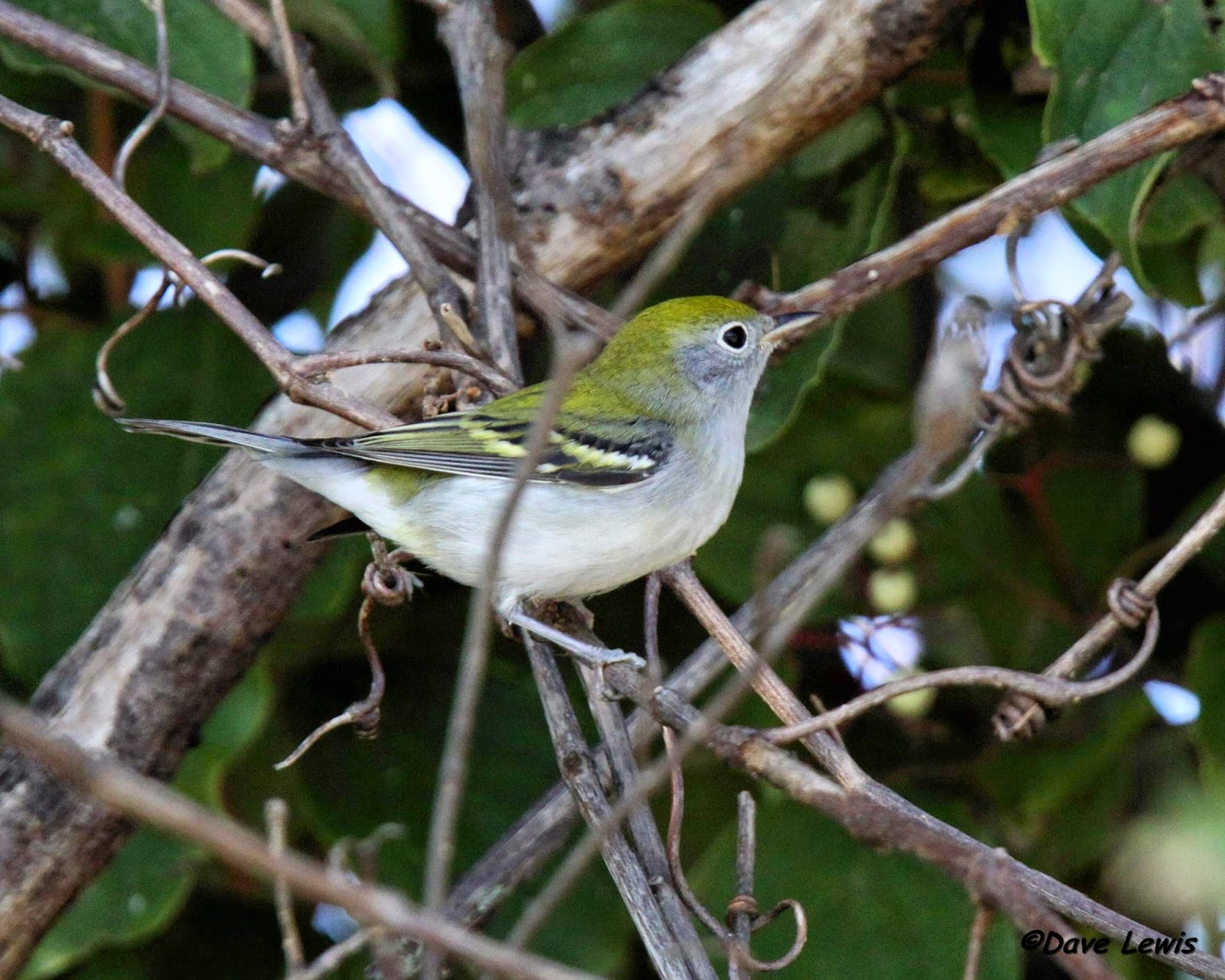 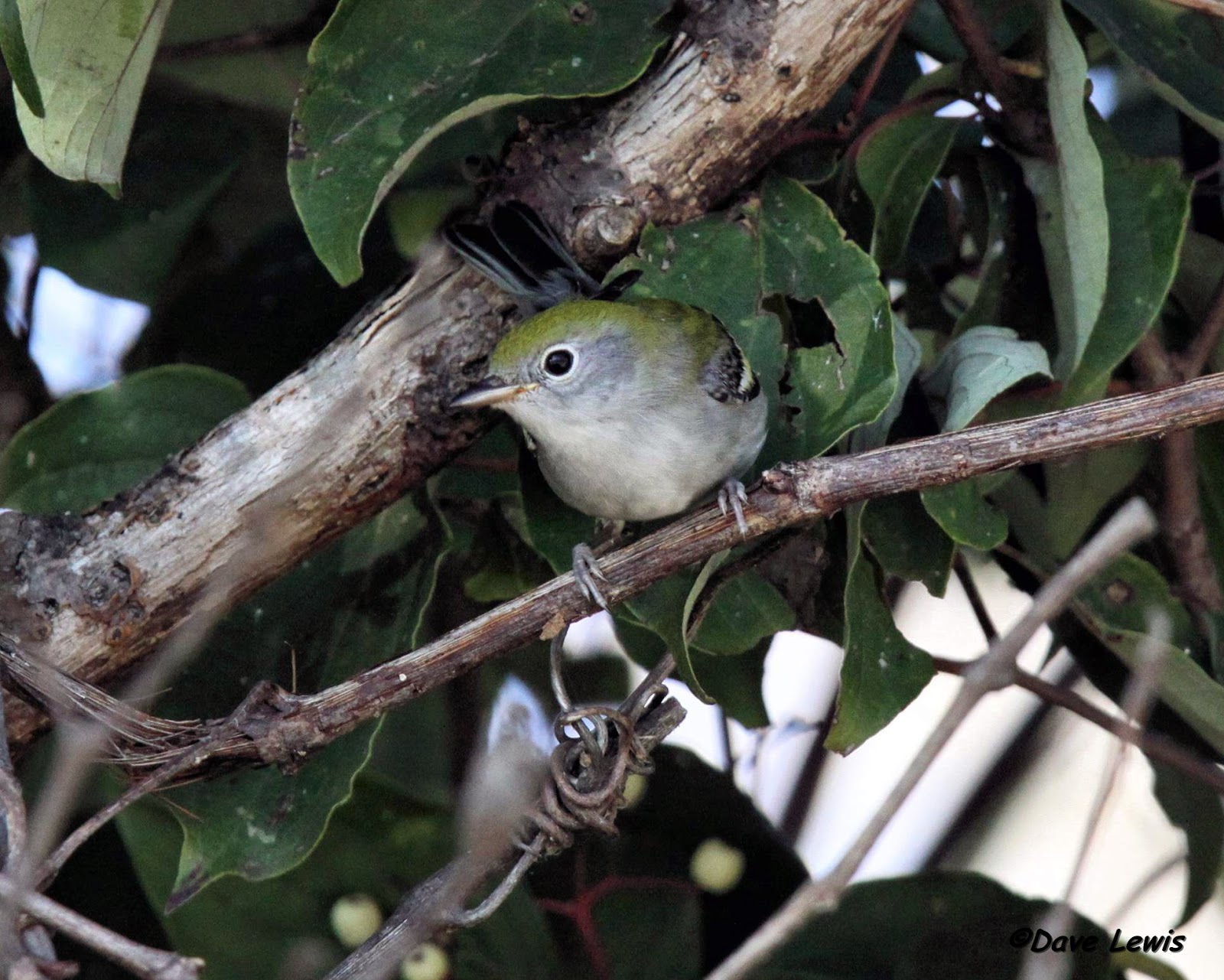 This time it's a Chestnut-sided Warbly...without the chestnut sides.
If you love Warbly Things, you need to get "The Warbler Guide" by Tom Stephenson and Scott Whittle. Even though they spelled "Warbly" wrong... 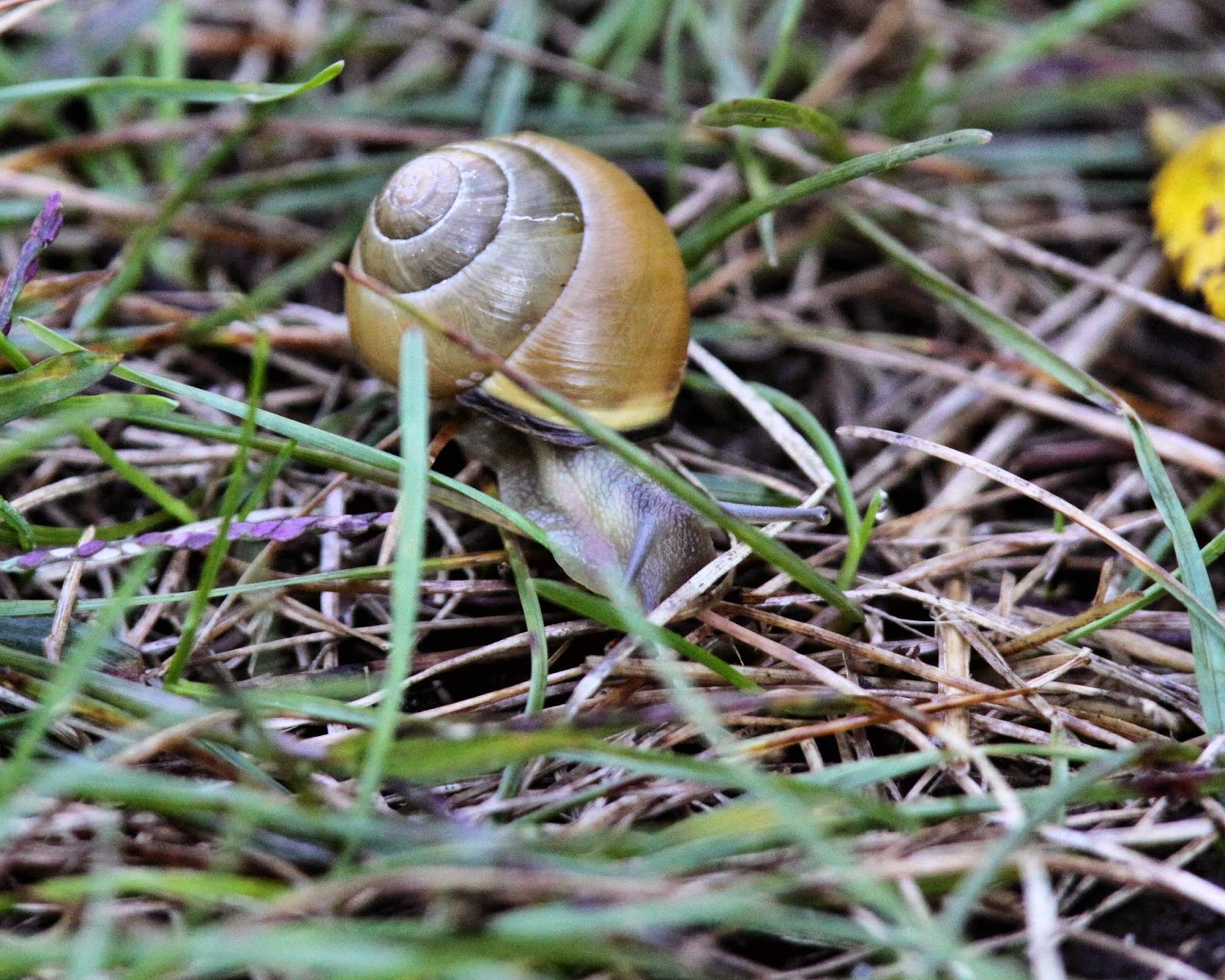 You won't find these in the Warbler Guide...
...you'll also find a few less on the trail thanks to our big feet.
Oops. 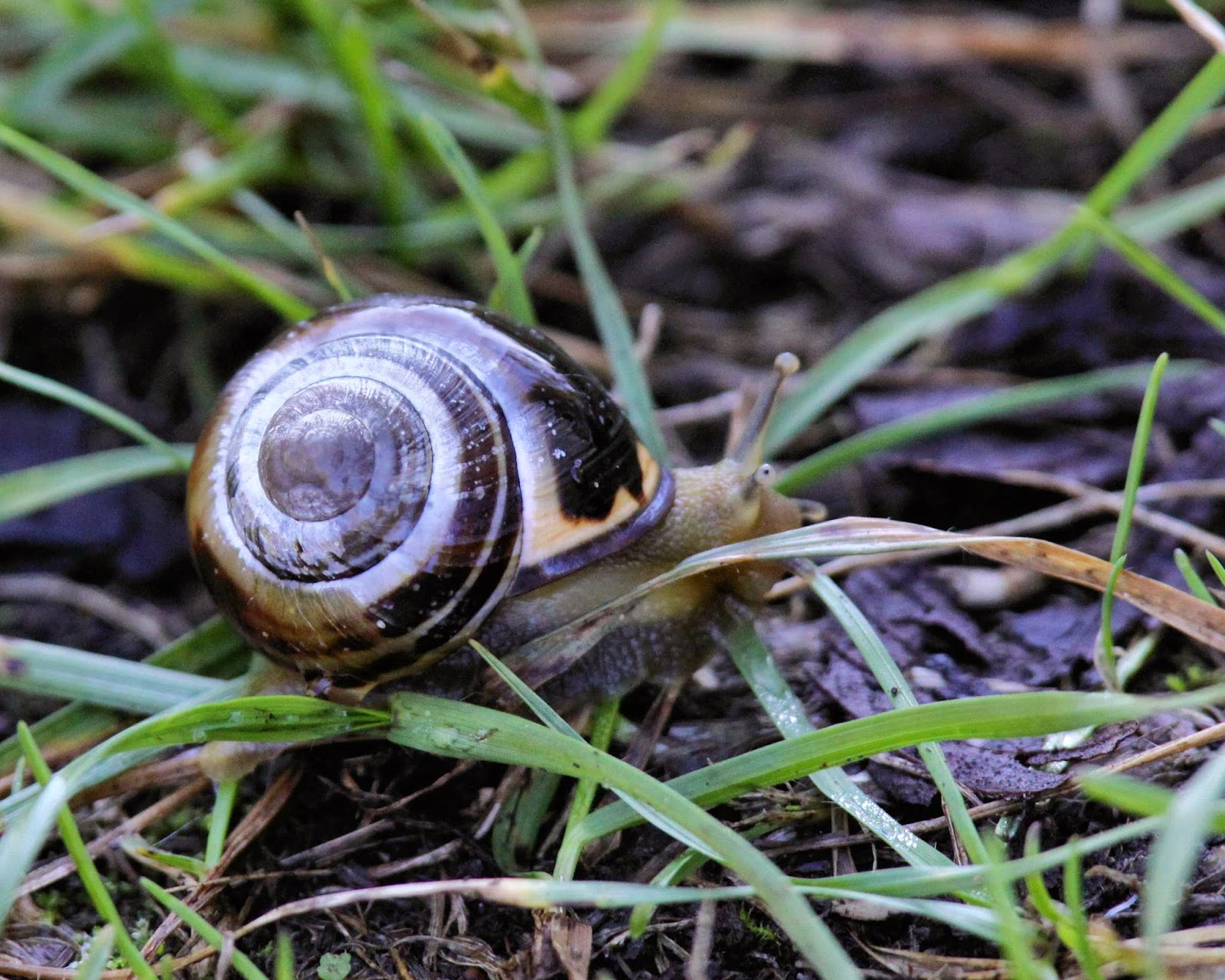 These are Grove Snails, Cepaea nemoralis.
They were visiting from Europe and decided to stay.
I can't blame them.
We have lots of photos of them in a variety of colors and patterns (and alive.)
More in later posts!

If you look closely among the Double-crested Cormorants,
you may see a few of those gray and white birds...
uh...gulls, yeah, that's it, gulls.
I like snail more than gulls.
Though gulls don't crunch under foot.
Not yet anyway. 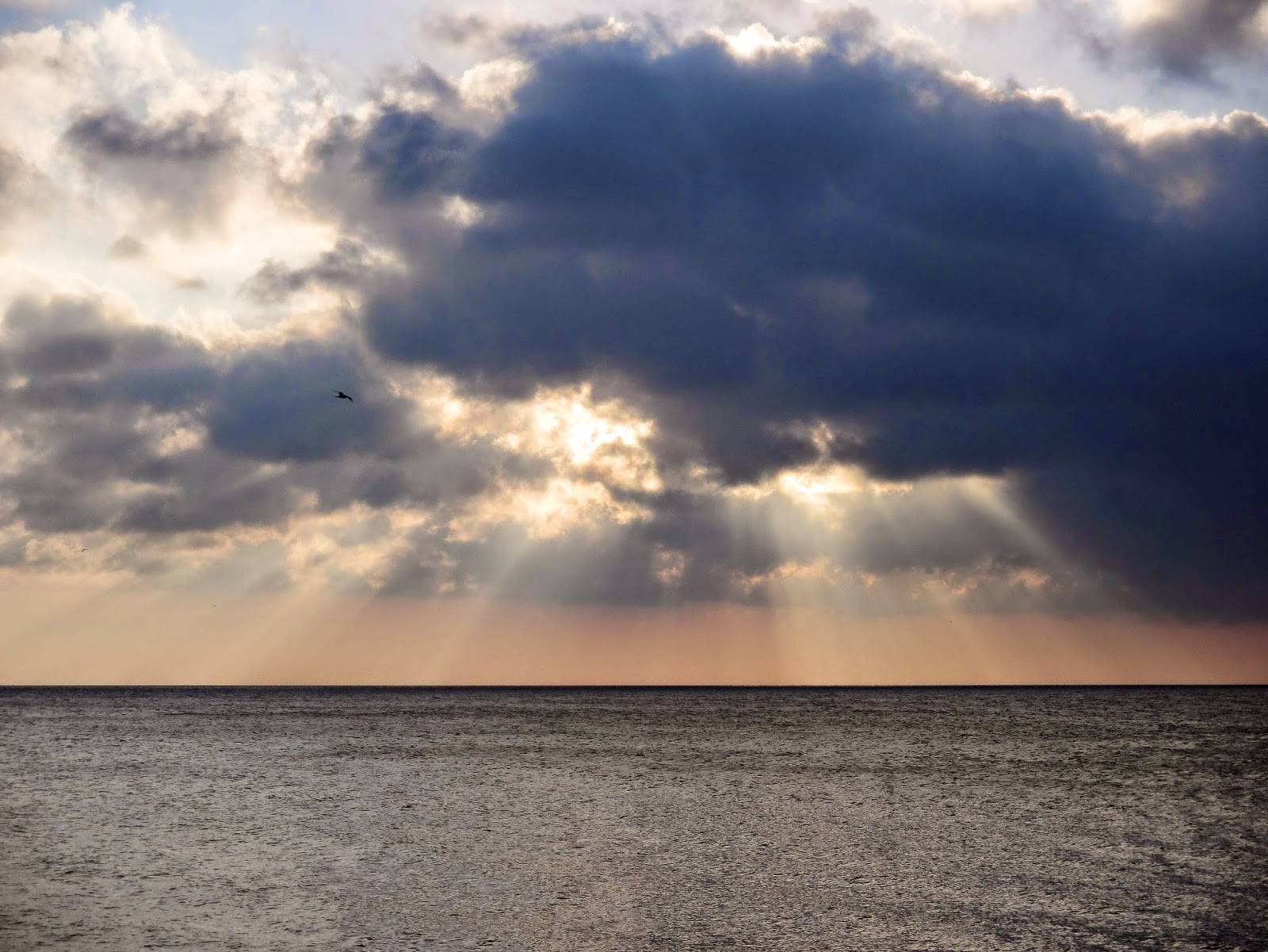 We shall leave you for now, dreaming of the island life...
So...until we meet again...aloha!
Posted by Dave at 4:35 PM