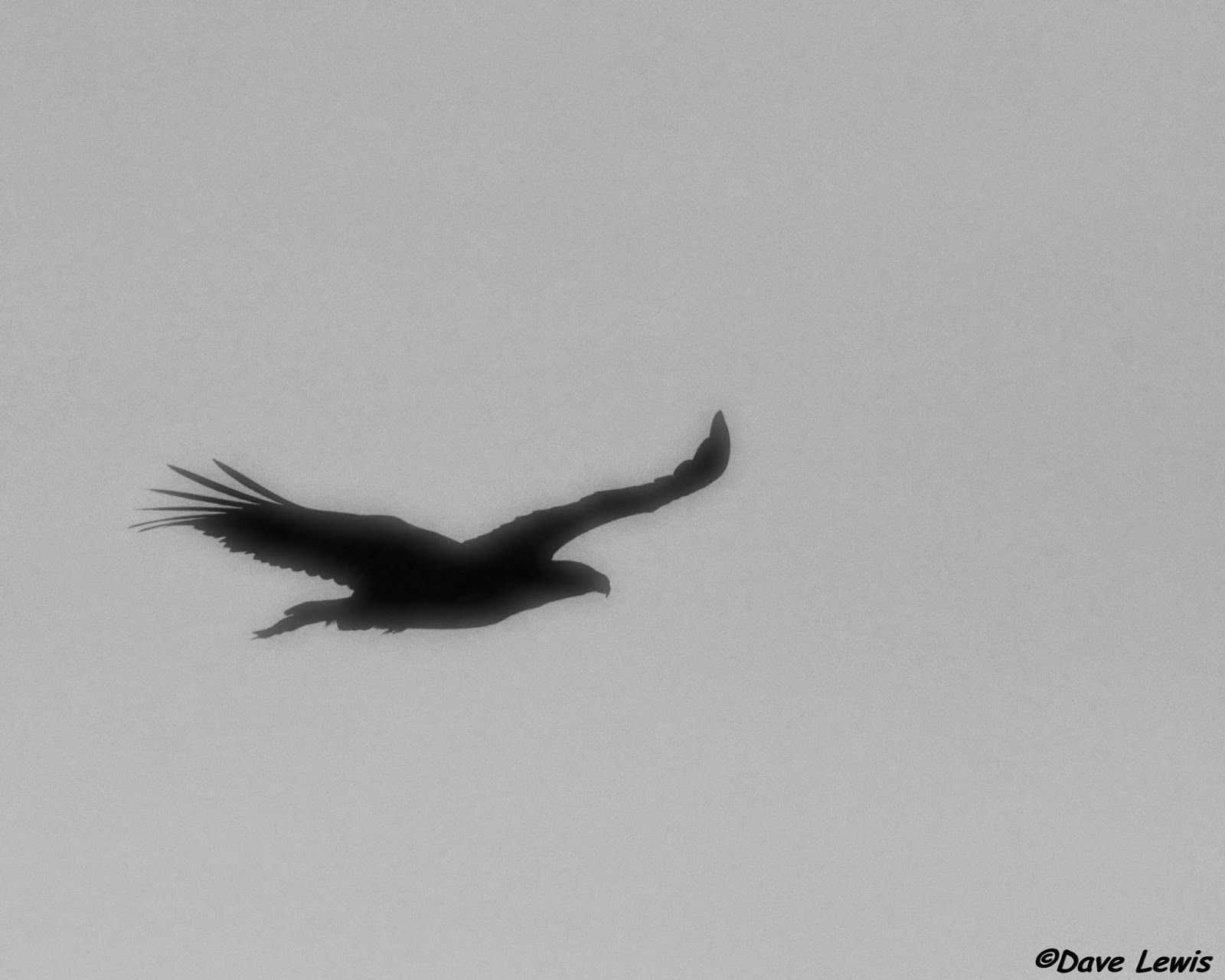 What do you do to a terrible photo?
I heard that! So, Besides deleting it, you make it infrared!
I know...just delete it next time...

Meanwhile back on Kelleys Island...
The friends that we stayed with are connected to the Cleveland Museum of Natural History and had access to a new preserve still closed to the public. Shhhh! The Huntley-Beatty Quarry has globally endangered Great Lakes Alvar habitat with a dozen state endangered plants growing among the rocks and scrub. Special thanks go to the Ohio Wetland Association for discovering these plants hidden away here. These quarries haven't been used in decades, but in the past produced much of the limestone used in a number of the great public buildings in northwestern Ohio.

The museum is protecting 800 acres of habitat on Kelleys Island and we'll have more in upcoming episodes! In the mean time, enough talk, let's see what there was to see... 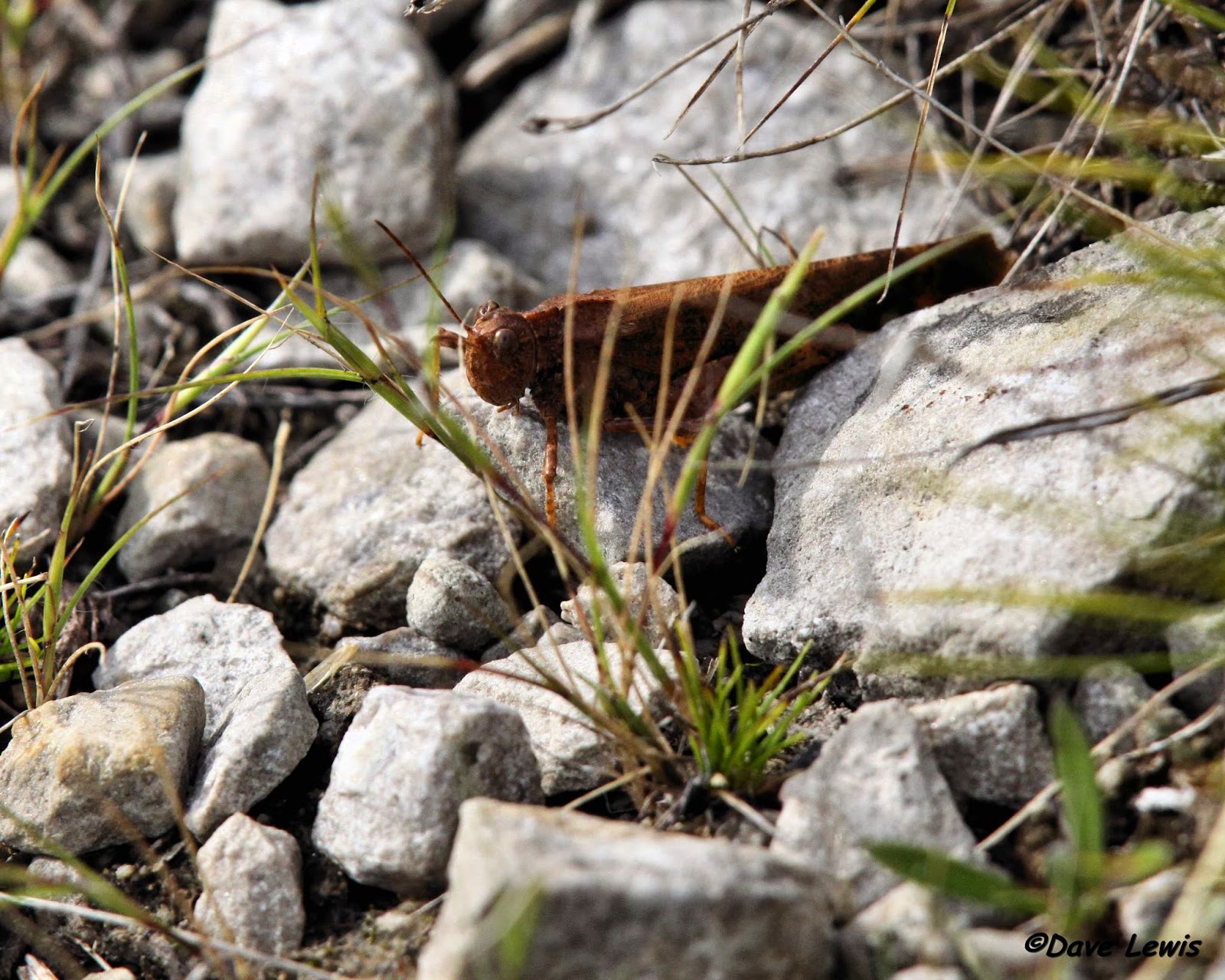 That's a Carolina Locust hiding in there.
We saw plenty of grasshoppy things hopping among the rock. 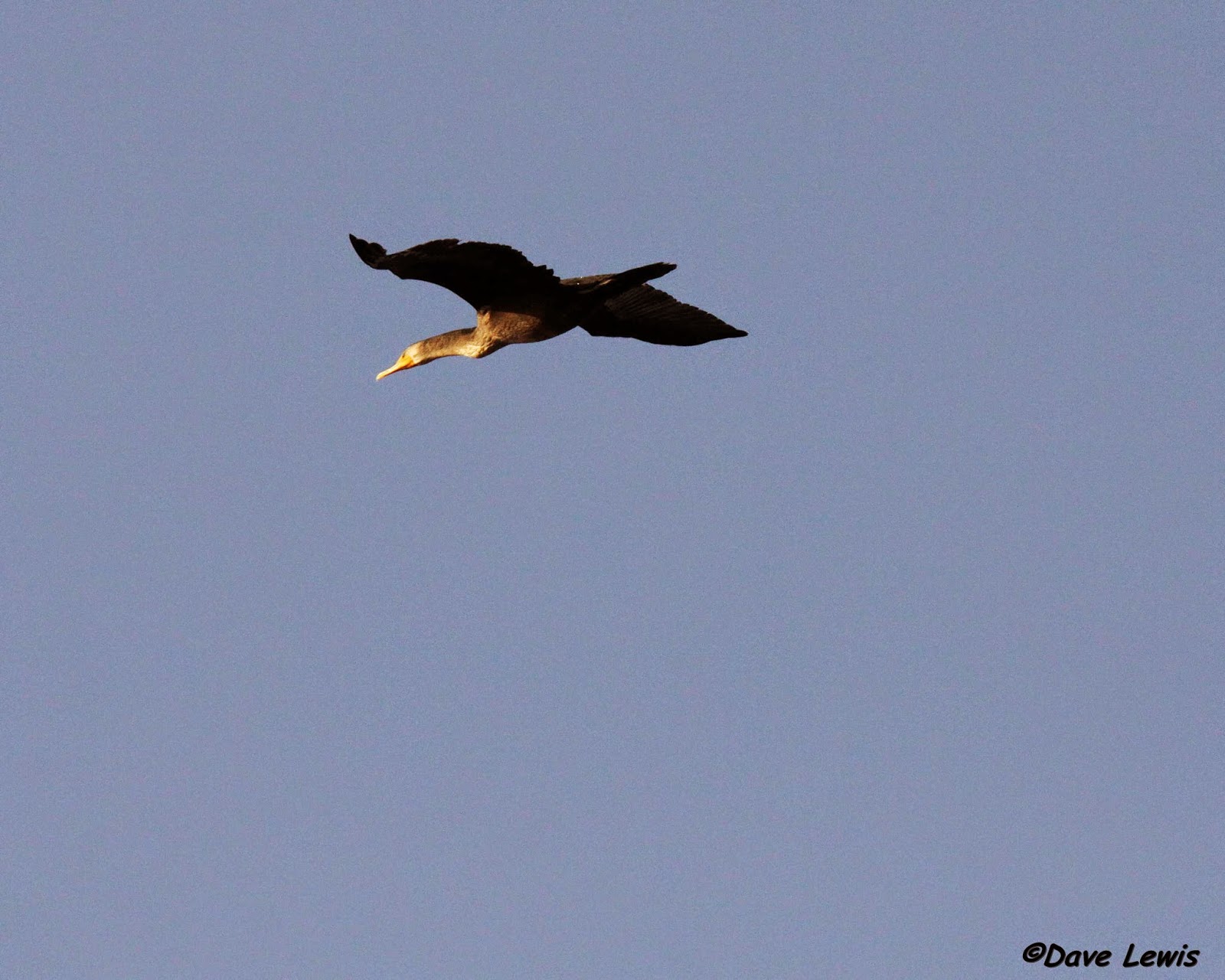 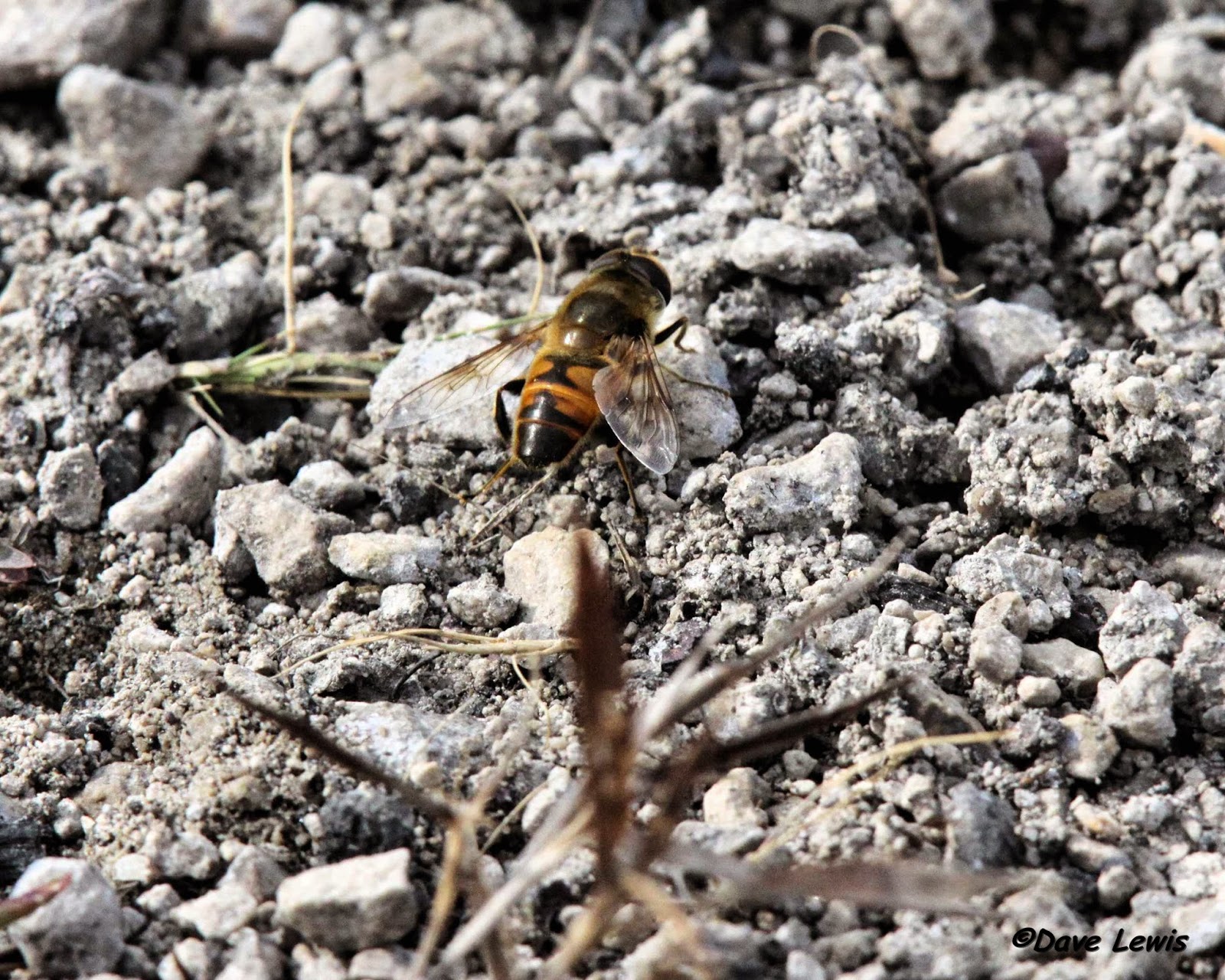 Everyone walked right past this Drone Fly looking for pretty flowers and plants.
Gotta give equal time to all the insects that keep the world going! 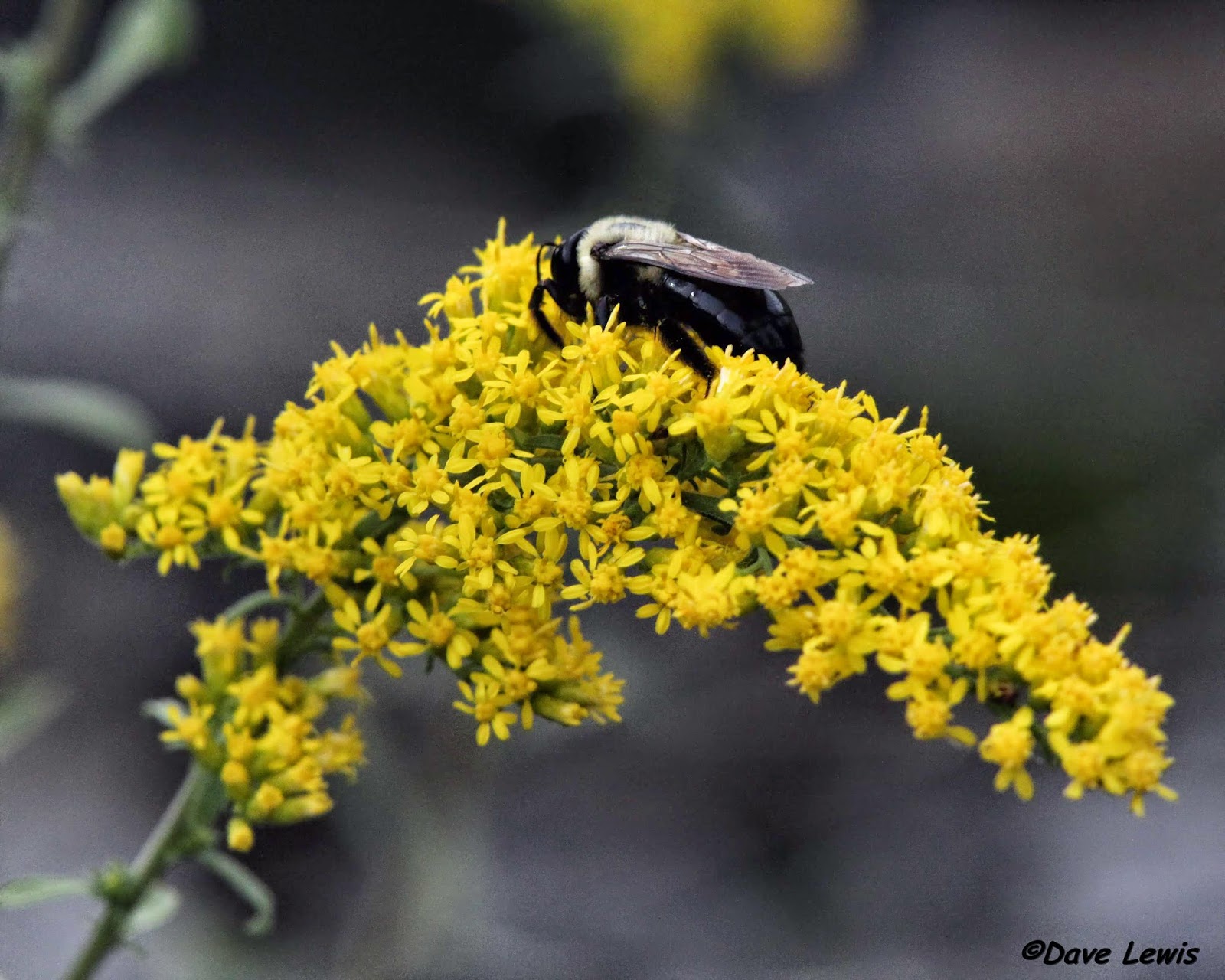 This Eastern Carpenter Bee in having a wonderful time on this unusual Goldenrod.
They must be a dwarf species as they were only a foot or so tall, compared to normal goldenrod which is about 4 to 6 feet tall.
More fun facts you will never use...I'm here for you! 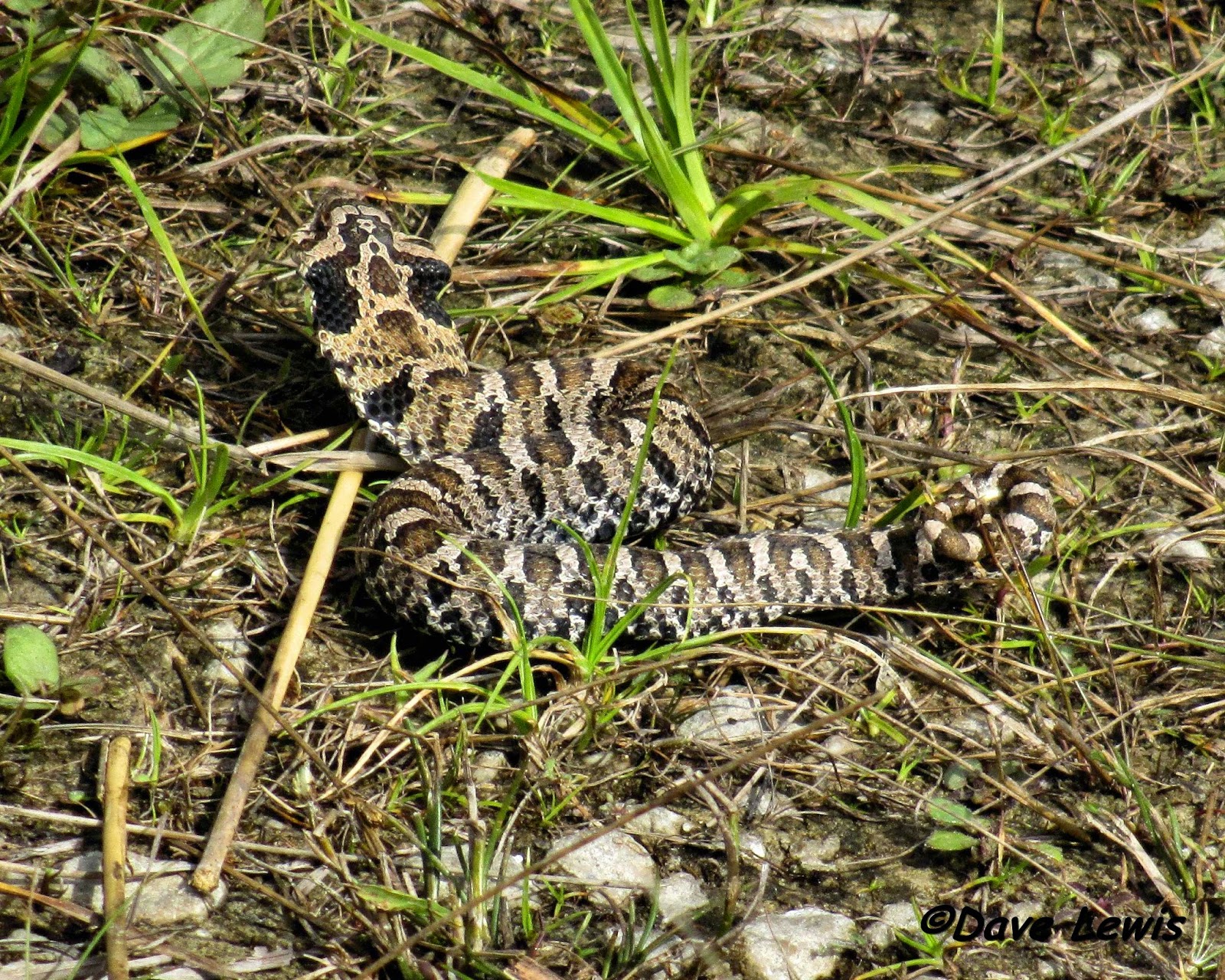 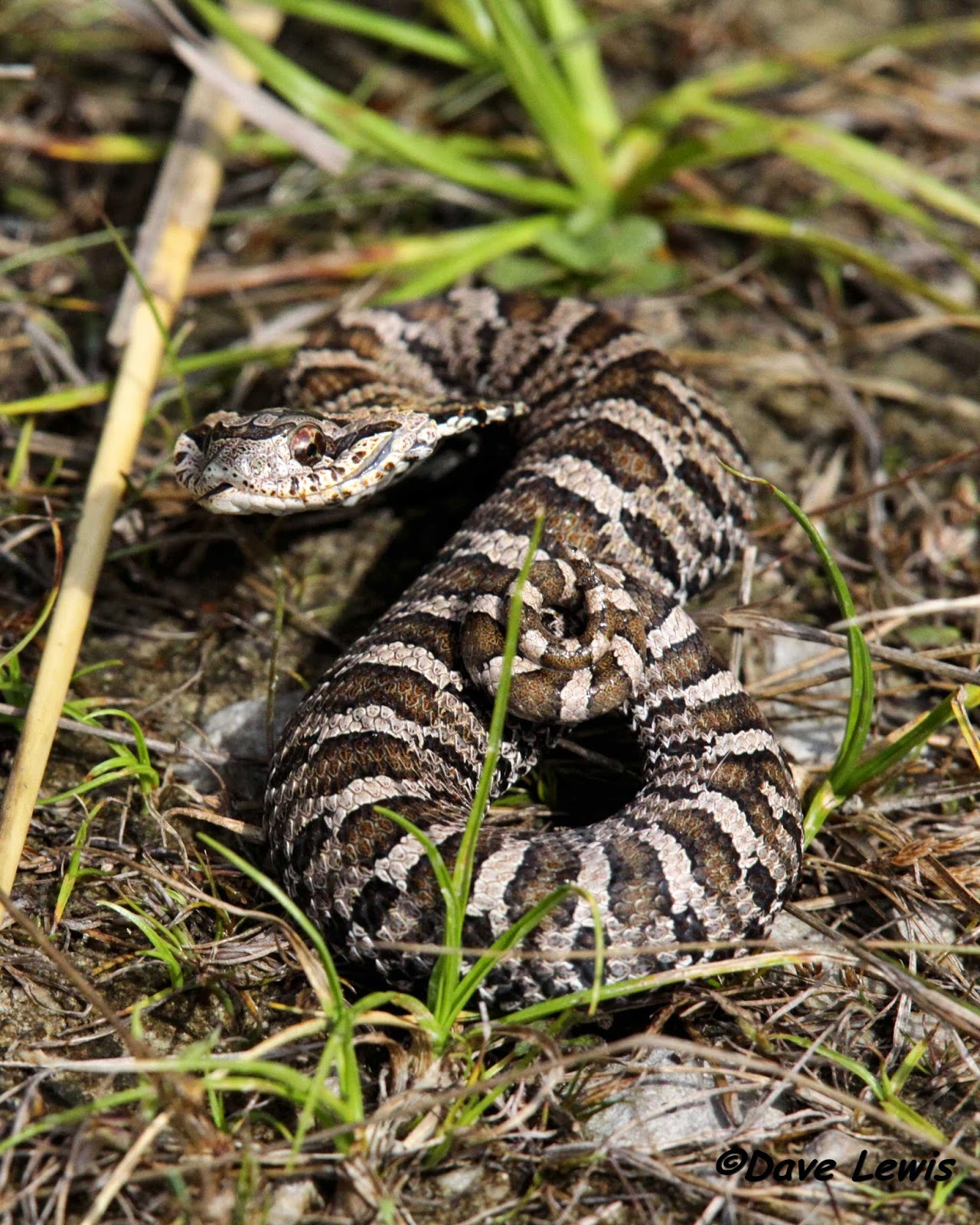 Don't be scared, it's only an  Eastern Hognose Snake or heterodon platirhinos.
Fancy , eh?
It's only a baby snake, less than a foot long.
Attitude makes up for his size! 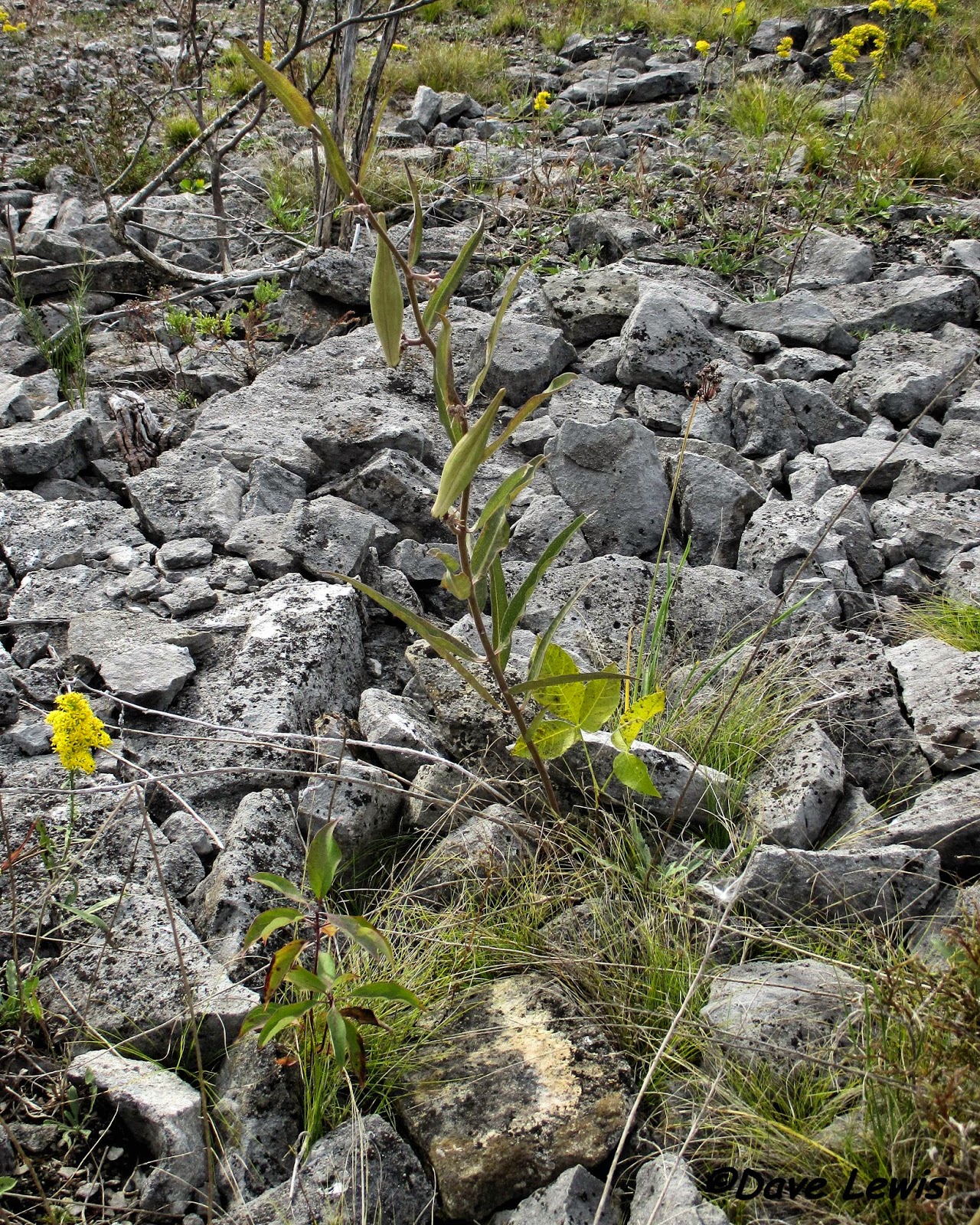 This is Green Milkweed, one of the rarities on the preserve. 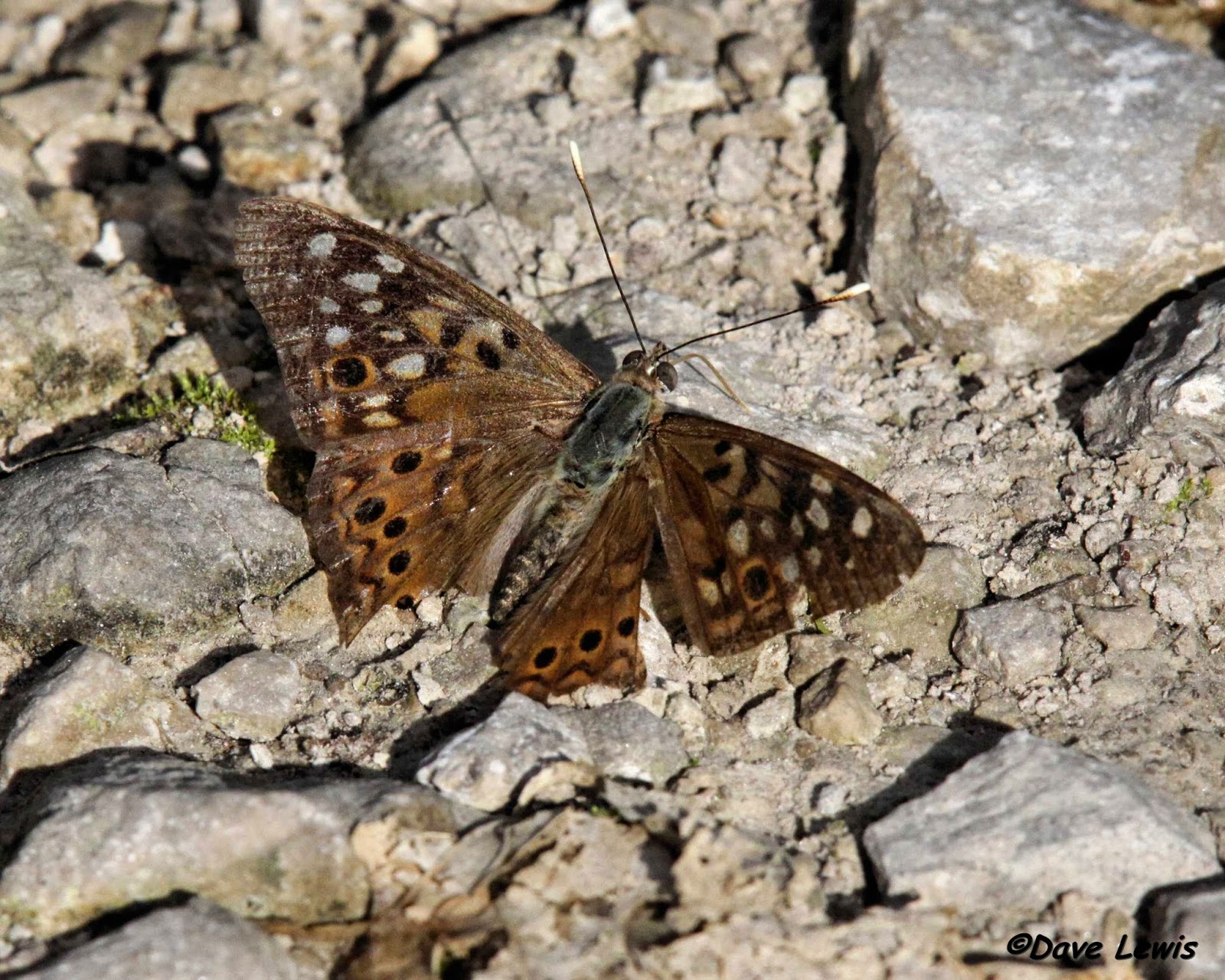 This Hackberry Butterfly has lived a rough life.
You can see his proboscis sucking up minerals from the rocks... 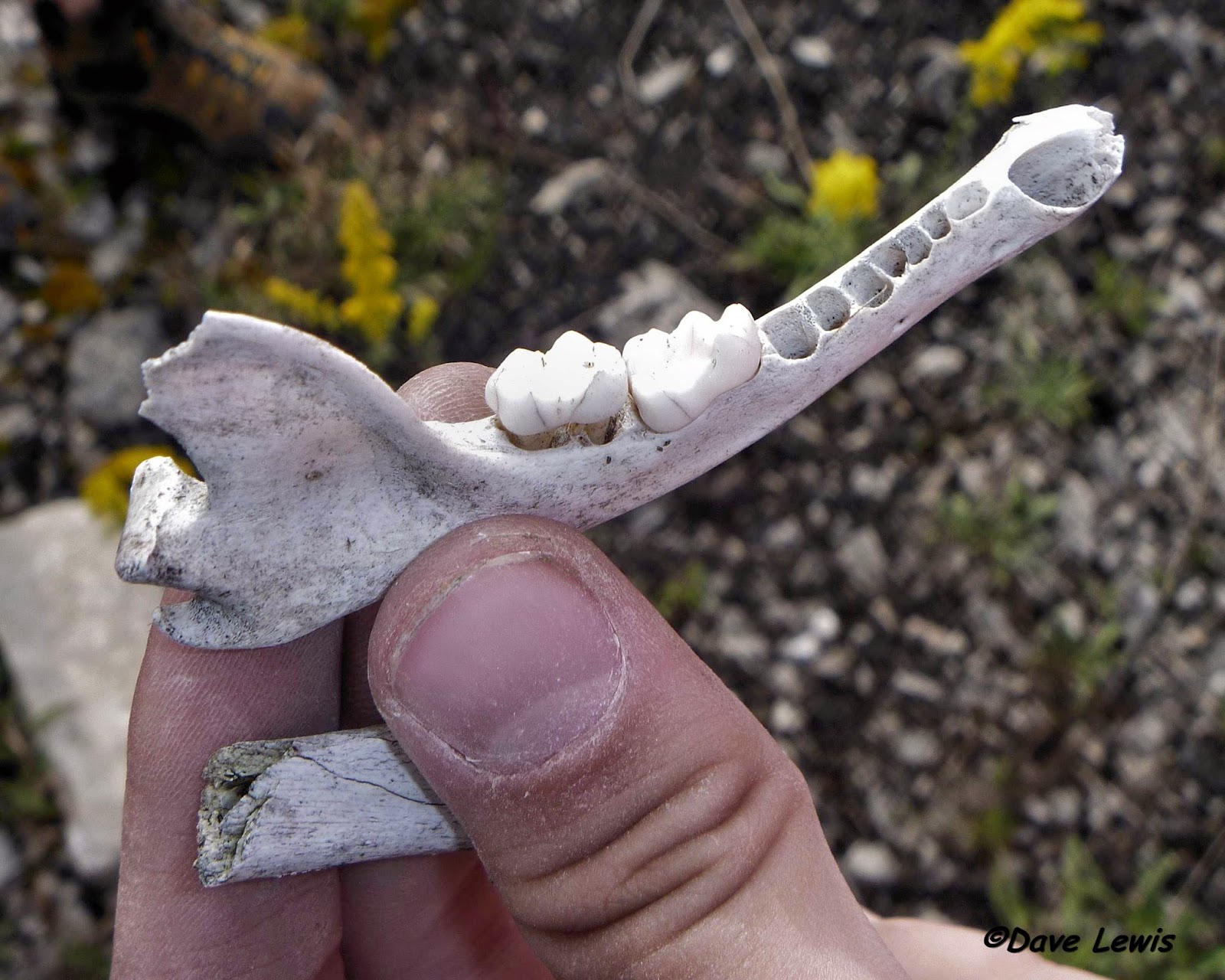 Our co-hosts grandson and his friend found a number of fossils in the rocks, but this was a special find for them!
They also found the pelvis and it looked like it may have been a squirrel once upon a time... 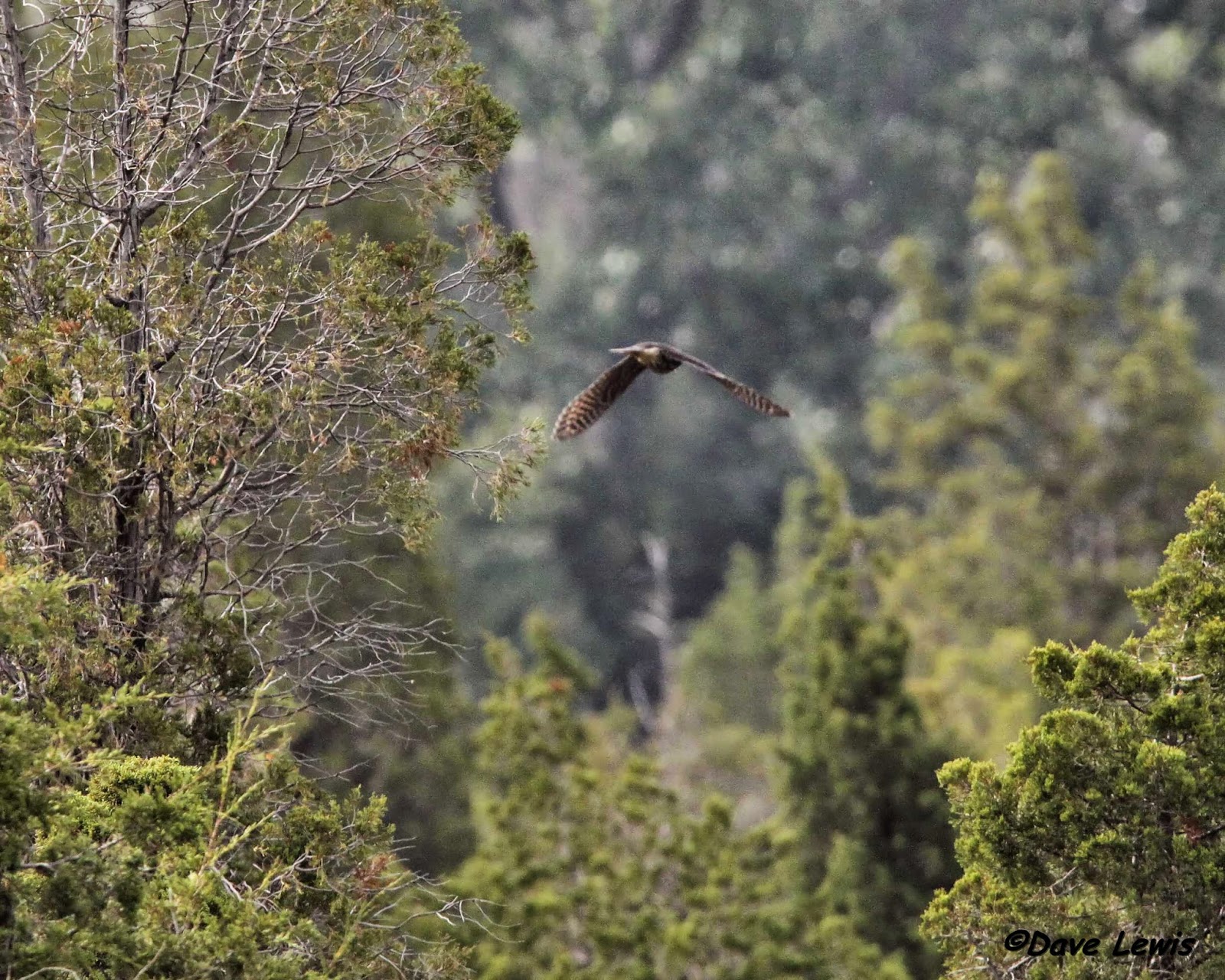 Stoopid Merlins.
ALWAYS flying away from me!
One day, I'll get you my pretty! 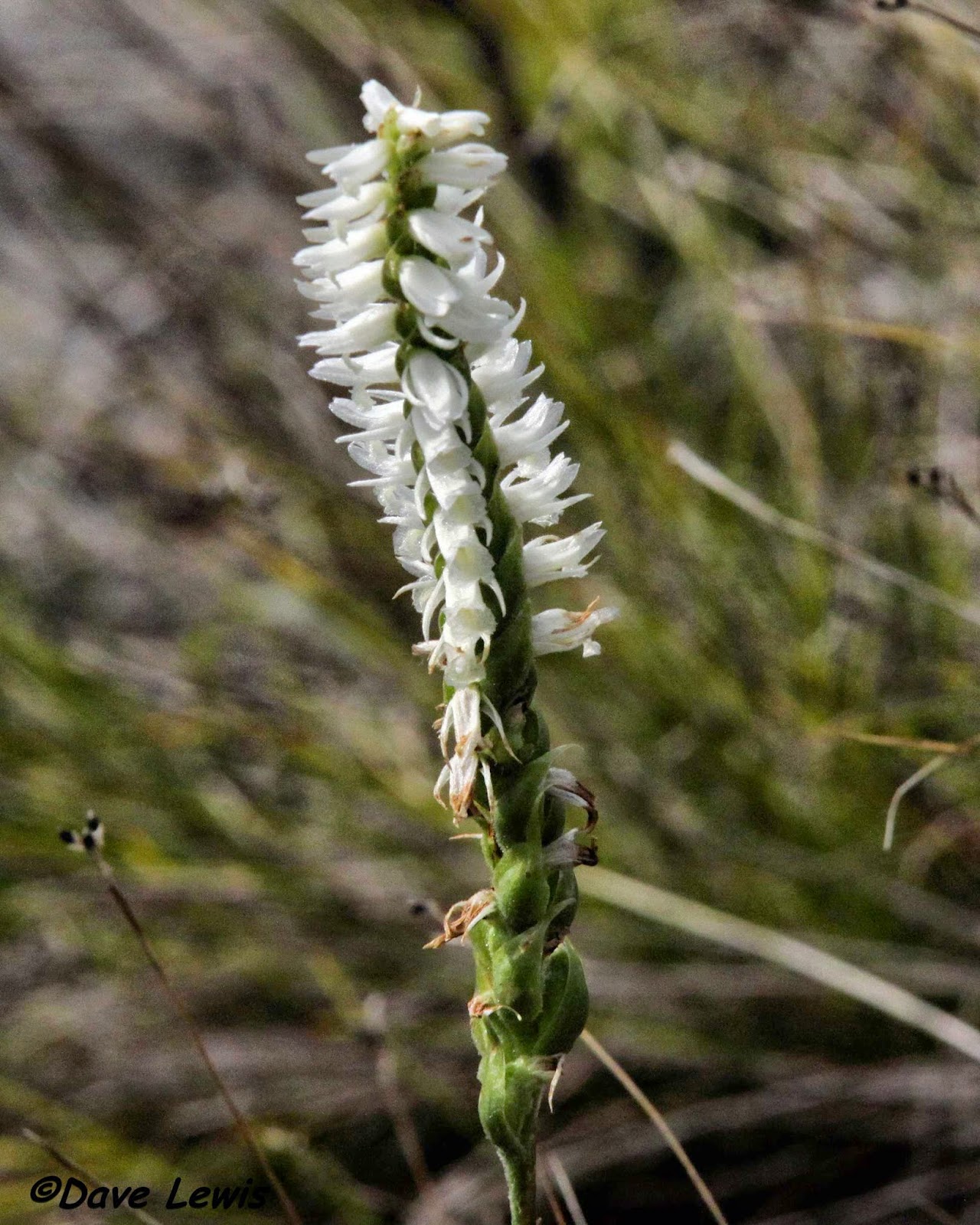 Hmmm...we can't remember what the name of this rare Orchid is...
We'll call it "Pretty White Orchid." 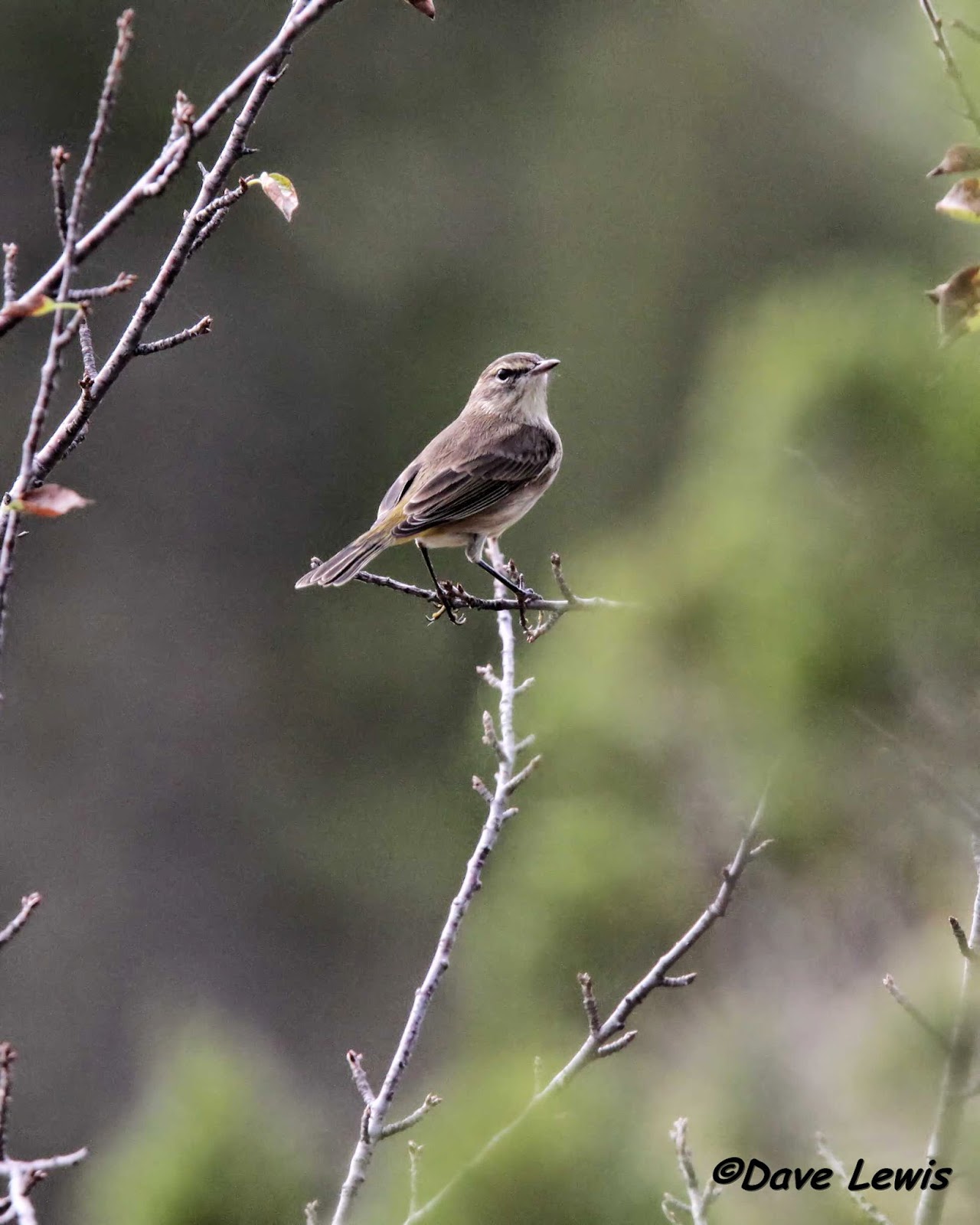 Yea! Another bird!
The birds were few and far between today.
There was a small flock of Palm Warblies that zoomed through.
A day with warblies is always a good day! 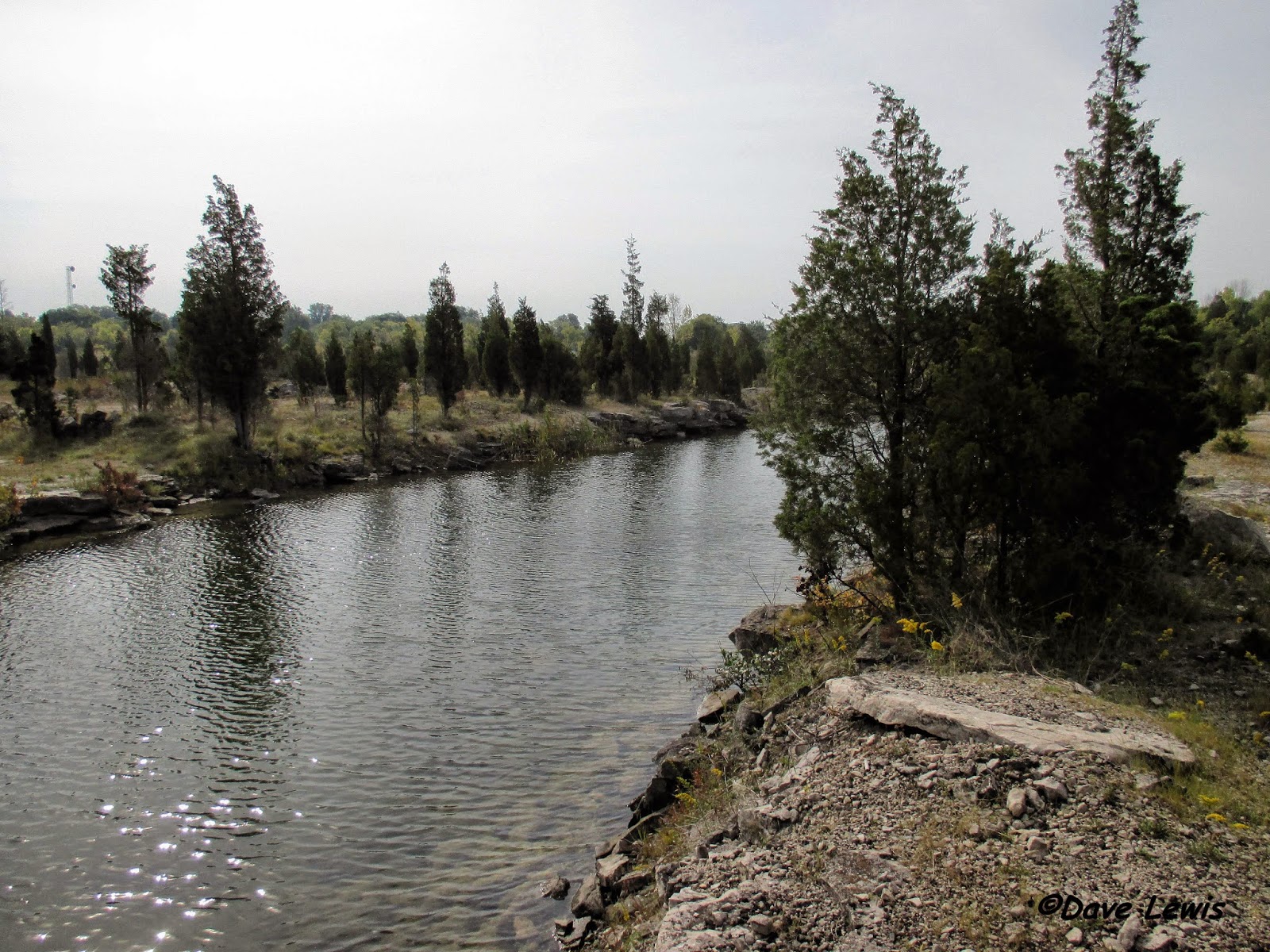 This is a cut running down the center of the quarry.
We didn't see a single fish or frog in there. 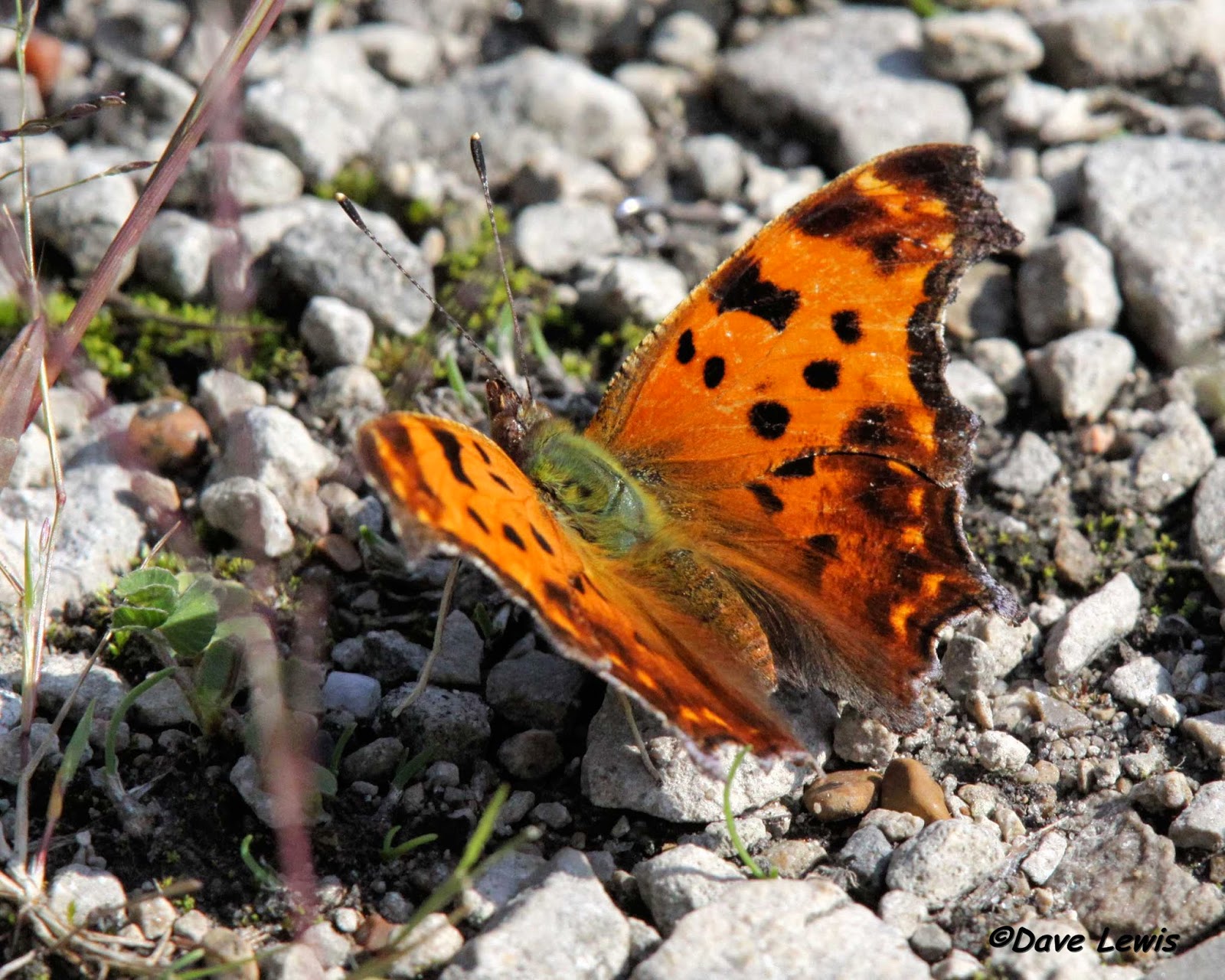 You want to know an easy way to identify this butterfly?
Besides looking in a field guide... 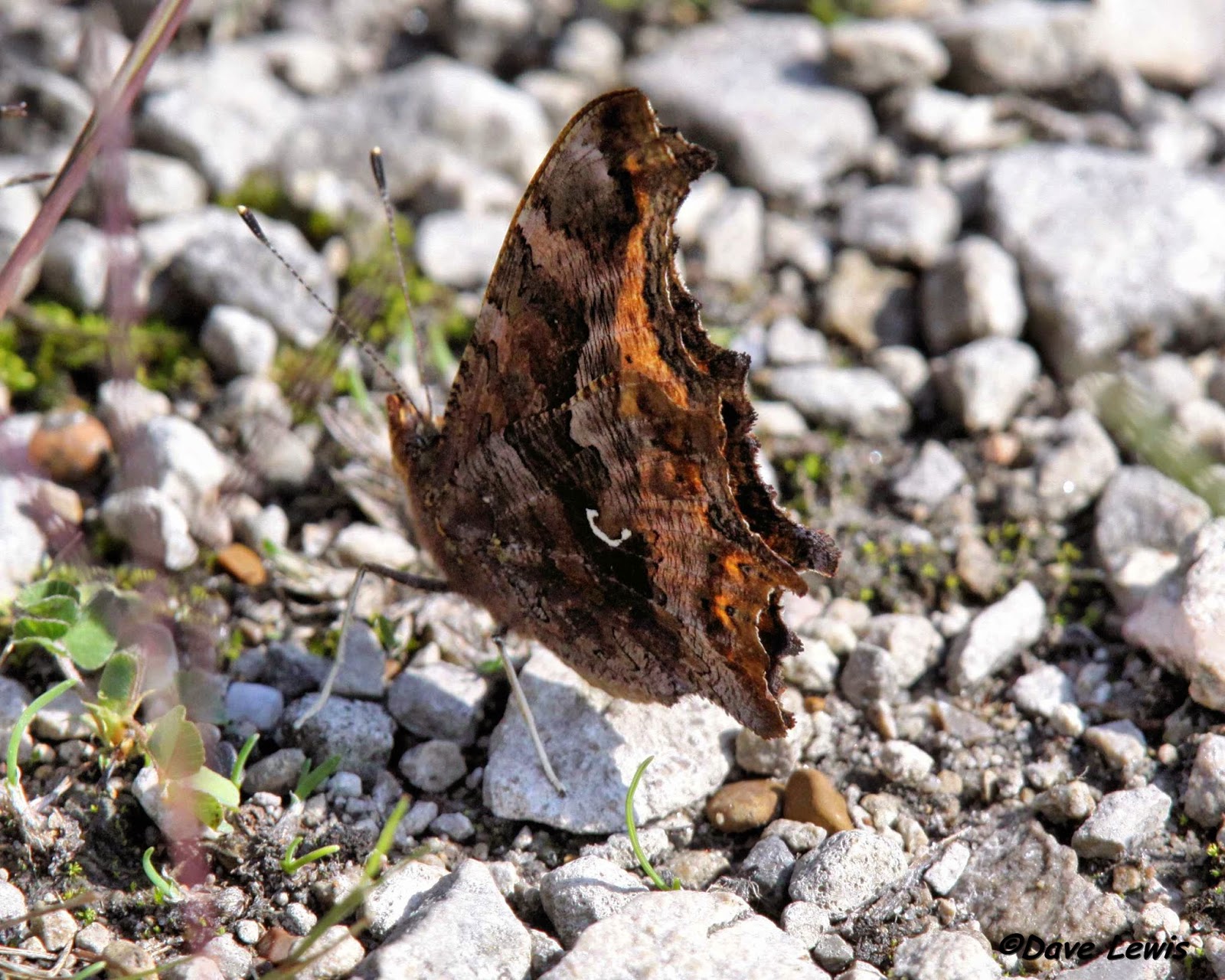 See that little silvery spot?
Use your imagination now...it looks like a question mark!
Therefore this is a Question Mark Butterfly.
A comma Butterfly would have a smaller mark without the dot at the end.
Really and for true, this time I'm not making things up!
Maybe later though... 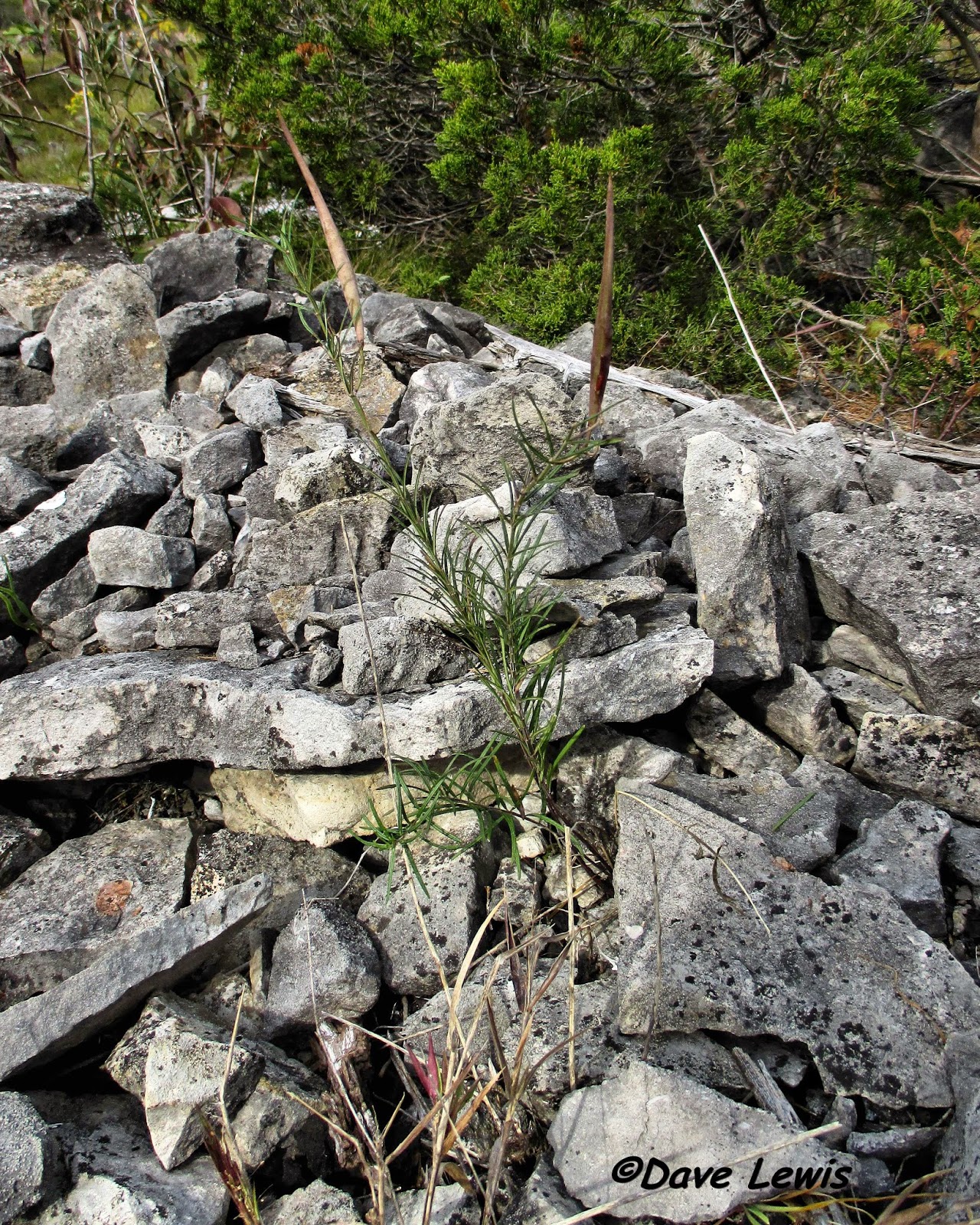 Another rare milkweed, a Whorled Milkweed.
I dream of whorled peas.
One day. 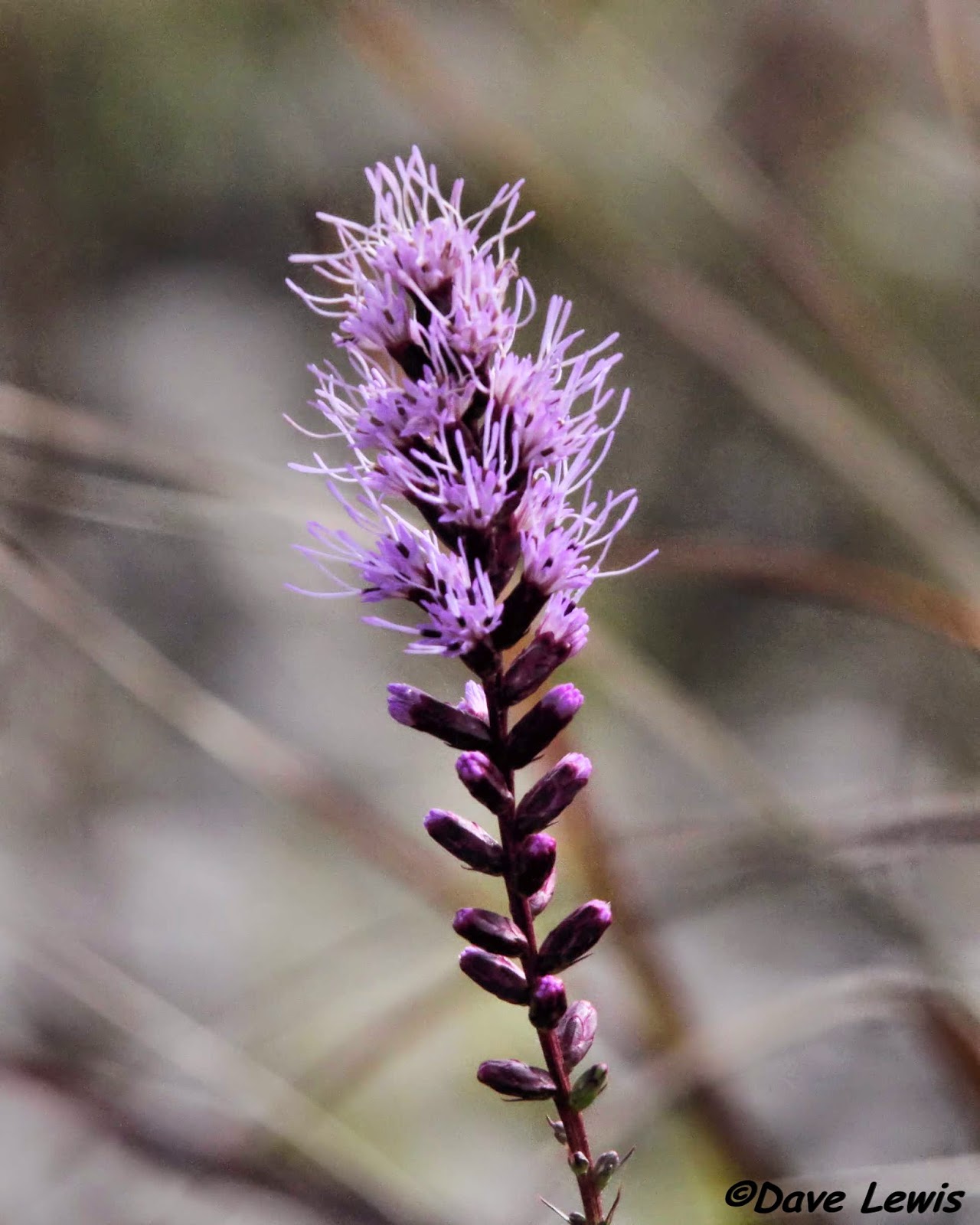 So, until next time...have a peachy swell day!