Two Days in the Marsh... 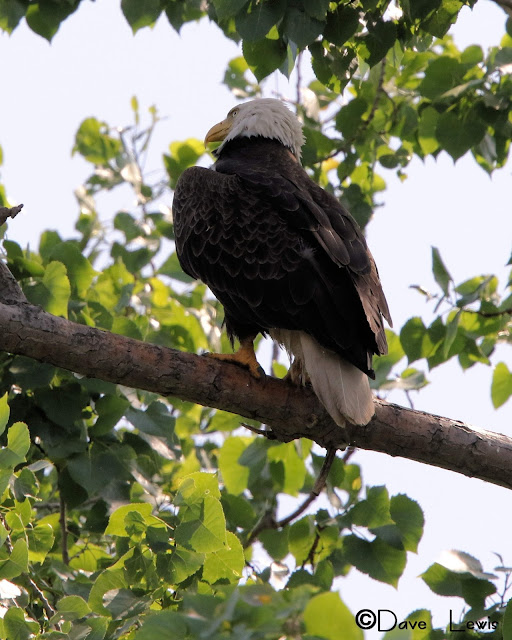 That ain't no warlby thing!

Meanwhile...back in May...
Yep, I spent a number of days out at Magee Marsh, Warbly Capitol of the World!  One day was another one of those drizzly overcast kind of days, the other nice and sunny! You never know from day to day around here. I go as often as I can, no matter the weather 'cause I'm waterproof! Now my camera on the other hand doesn't care for the water as much...

On those drizzly days, there's not as many people around, so it's very quiet except for our birdy buddies singing! And I'm a happy camper! 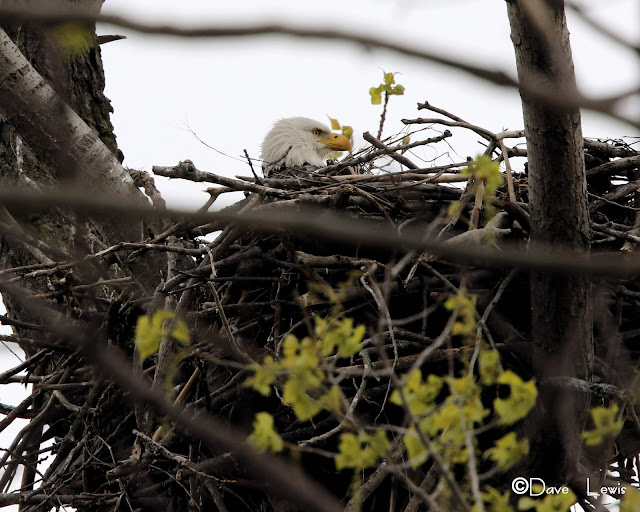 There are numerous Bald Eagles nesting in the area now.
Just think, back in the 60's and 70's they were on the edge of survival...
I hope our government doesn't go back to the old ways and let "Corporate America" take control of the environment for "our benefit!"

I would miss seeing this great bird soaring over me as I hike! 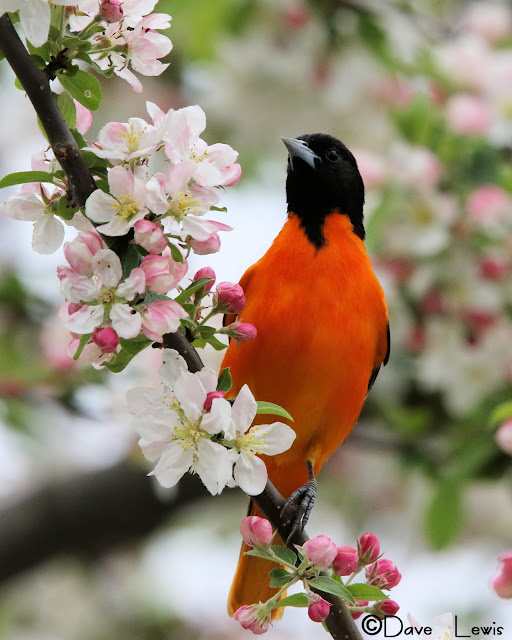 So...I saw this beautiful Baltimore Oriole feeding on these blossoms...then he saw me... 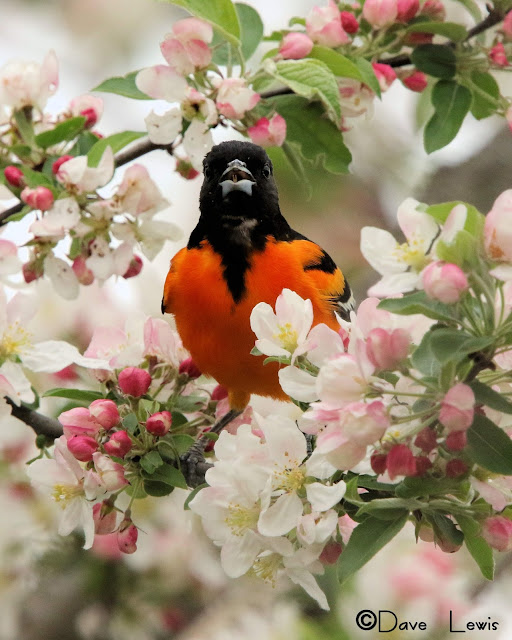 And he gave me the raspberries!
Rude bird... 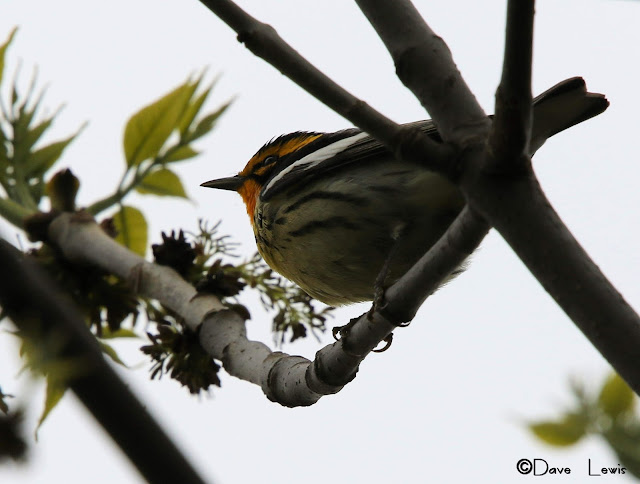 This Blackburnian Warbly was zooming all over the trees...straight overhead of course.
Geez, that camera gets heavy! 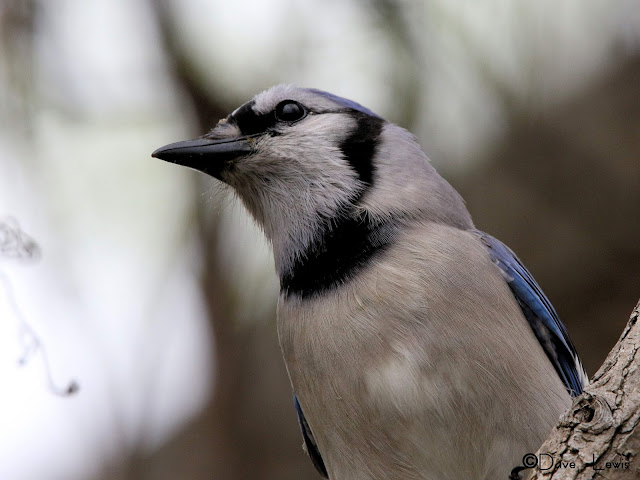 At least the Blue Jays don't mind getting closer... 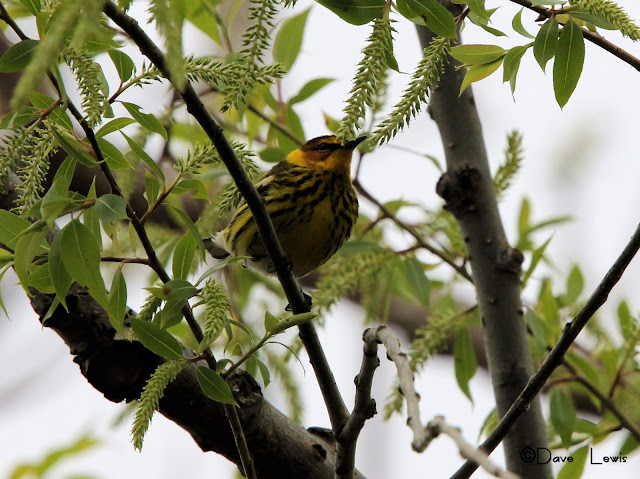 Oh, looking at this Cape May Warbly makes me pine for next May already!
Warbly withdrawals...eesh... 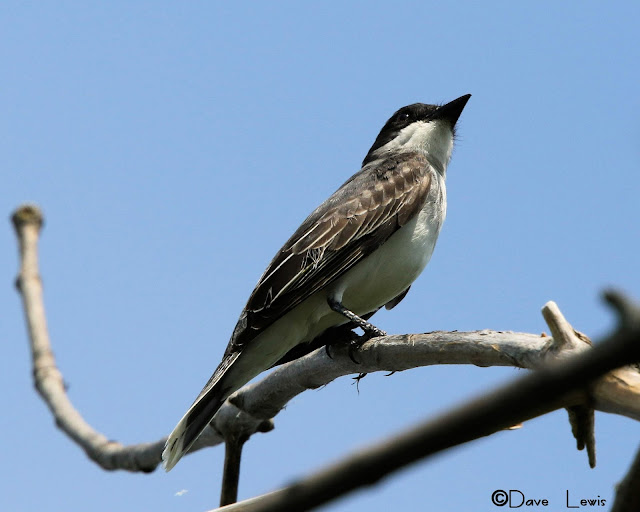 Eastern Kingbirds like to strike dramatic poses when they see a camera...
"Hollywood here I come!"
(I don't think so...) 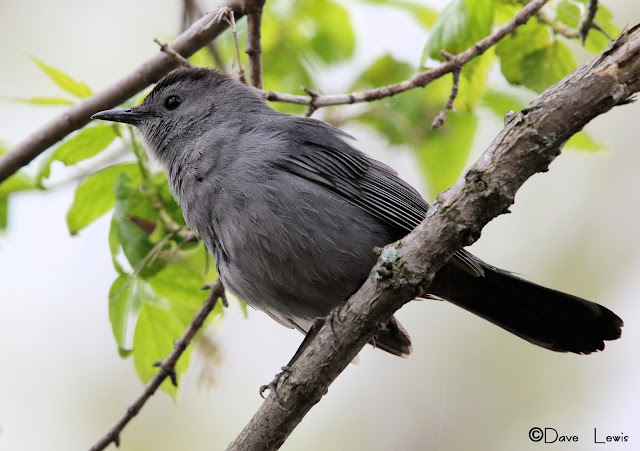 "Meow!"
Gray Catbirds are one of my favorite birdies!
They're nesting somewhere behind my apartment and eating the jelly that's out for the Orioles. 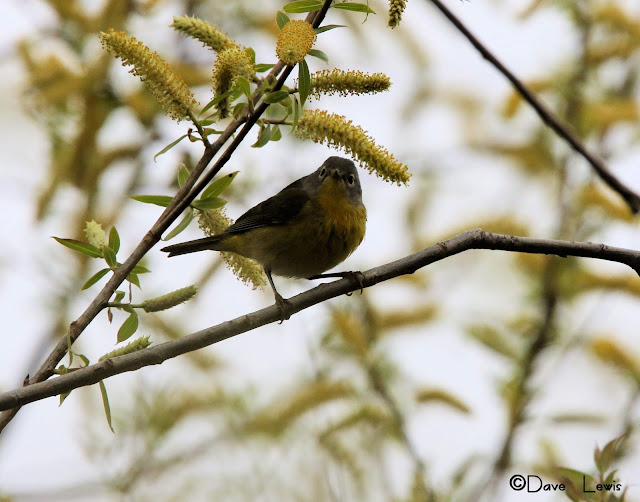 This was one of those days where getting close or a clear shot was a lot of work!
This Nashville Warbly was kind enough to sit still...for a second...almost... 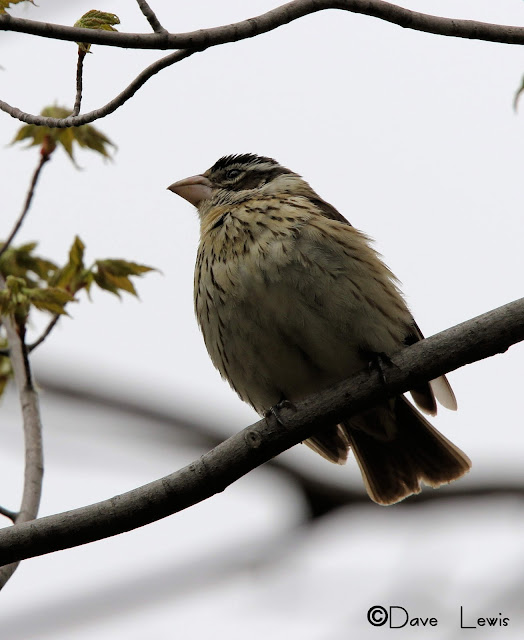 It was a good weekend for Rose-breasted Grosbeaks migrating through!
This female sat pretty for me while the males were zooming about singing and trying to be impressive...trying... 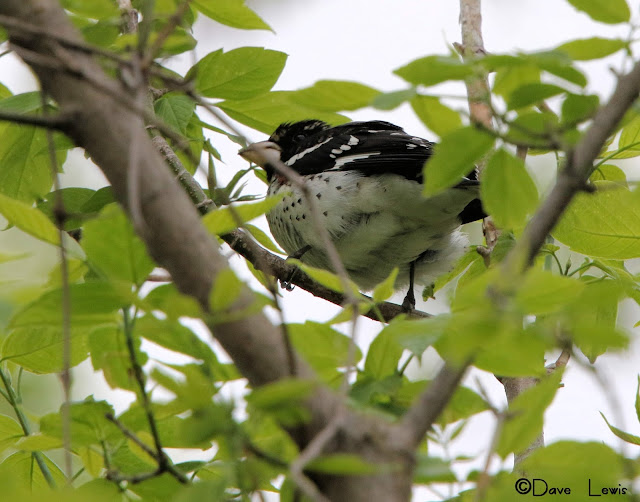 Even a first year male thought he was hot stuff...she didn't. 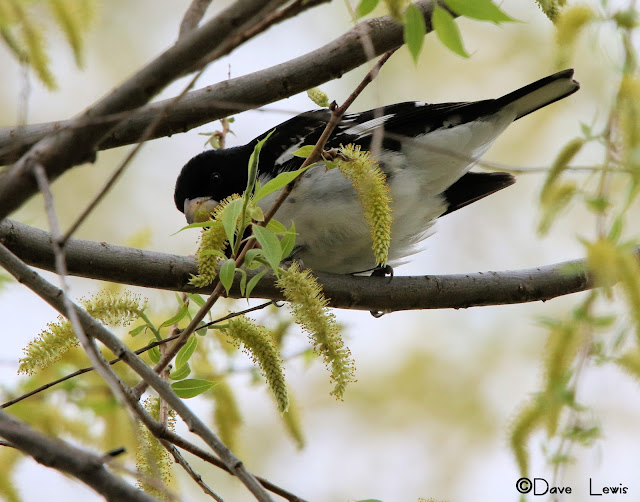 This guy got here attention for a second, then he decided he would rather eat.
Typical, eh? 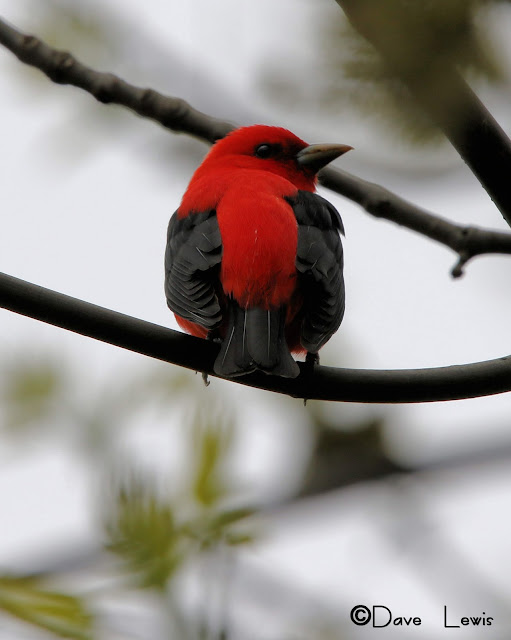 Scarlet Tanagers were abundant as well, though not very willing to have their portraits taken today... 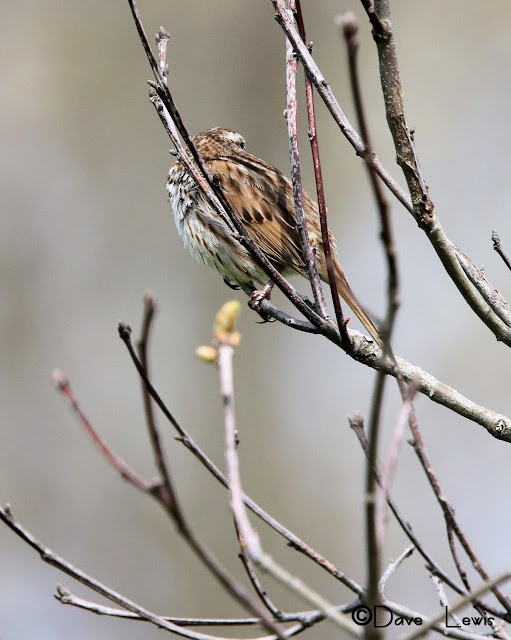 I think this Song Sparrow didn't like me.
He refused to turn around.
I whistled, pished, and even asked politely.
Wouldn't turn around. 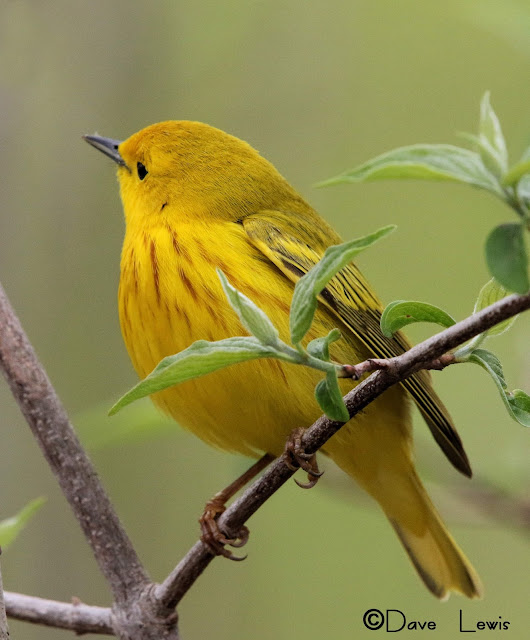 I must have said something to "pish" them off!
Even this Yellow Warbly wouldn't turn around! 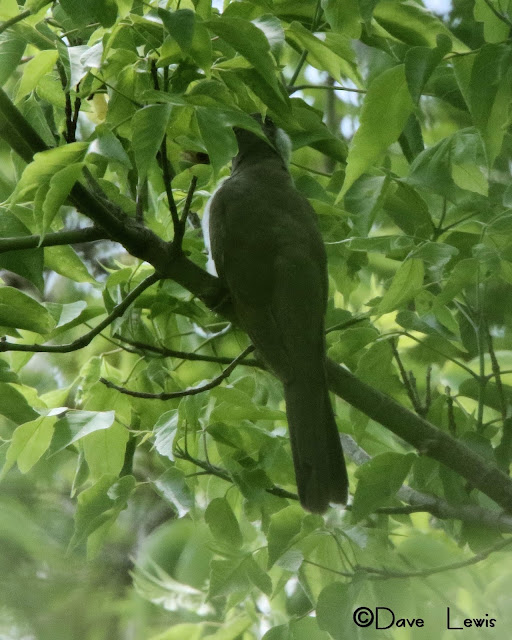 Not all photos can be good...or in focus...
BUTT, when you see a Yellow-billed Cuckoo, just shoot and worry about focus for the second shot.
Unfortunately, he didn't stay that long... 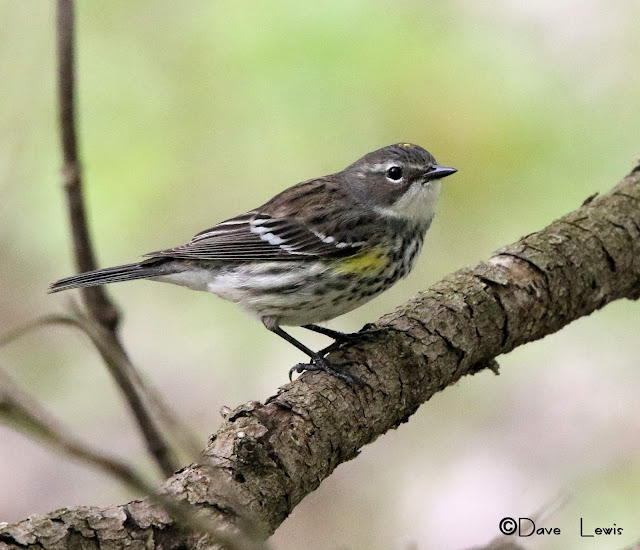 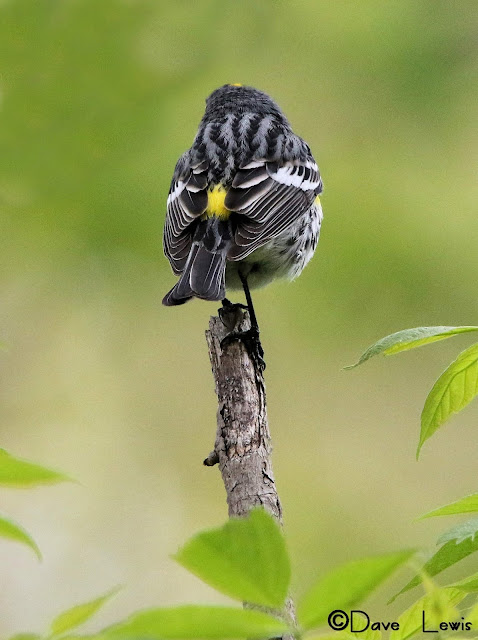 And this is why they call them Yellow-rumped...or "butter butts"!
Love them warblies!

Well kids, until we meet again,
Happy Birding!
Posted by Dave at 9:48 PM