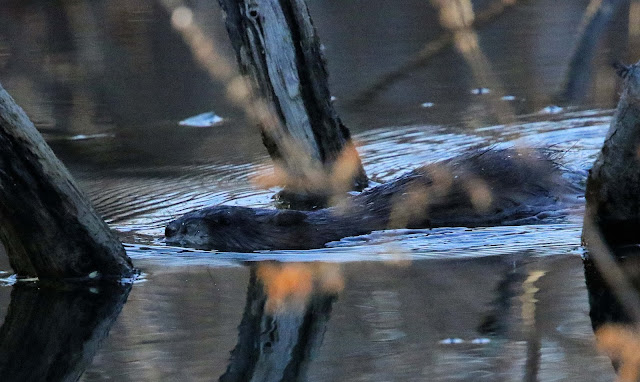 So...there I was, about 4 o'clock in the afternoon. I'm bored and sick of doing chores. Why, I have a swell idea! I think I'll go birding! Hey kids! Let's go to Cuyahoga Valley National Park and look for otters...or beavers...or maybe even a bird or two! Gee, this sounds like a peachy keen idea. Maybe we can put on a play after.

Okay, so I was watching Little Rascals and Leave It To Beaver that afternoon...ah, life in simple black and white with no smart phones...

I really did go to my local national park. How lucky am I? It was very peaceful when I arrived at about 5pm. Just a few bikers, joggers and wanderers like myself. As I got closer to the large wetland where I've heard rumors of otters and beavers, they do call this area the "Beaver Marsh," but I have yet to see one, a boy about 4 or 5 came up to me and said "Sir(very polite youngster!) have you seen the beavers today?"  Remembering to be kind to young people, I didn't go off about how I've never seen a single one of those blasted beavers OR the otters and I think they don't truly exist and are actually alternative facts playing games with our minds...nope, I just smiled and said "Why, no young lad, I have not seen the aforementioned beavers scurrying about on this fine afternoon." Of course, no sooner did I say that when we heard a splash close by in the water. (Of course the splash was in the water, Dave! Where else would it be?!) We all ran to the edge of the path to see....a muskrat.

Those are real. I've seen them before. Lots of times. Too many times. The boy was really excited anyway. Which put me in the proper frame of mind. Everything can be new and wondrous to someone and we shouldn't take everything in our natural world, no matter how common, for granted. With the changes our environment is going through, any day these wonders may cease. 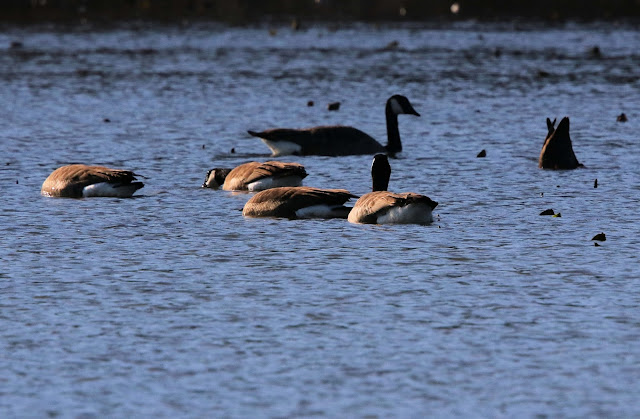 The Canada Geese were kind enough to pose...facing the proper direction for me. 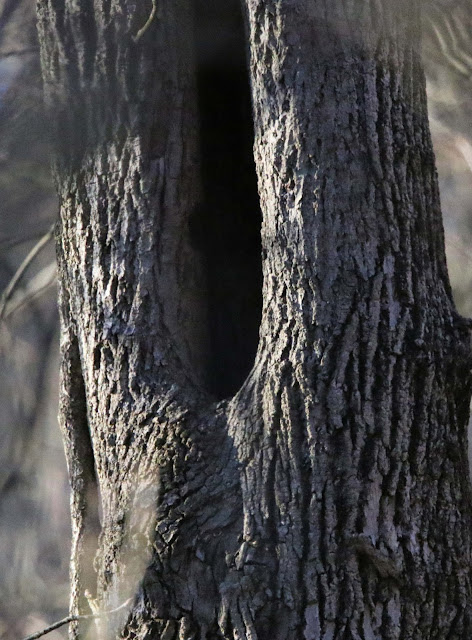 There's an Eastern Screech Owl that roosts in this hole...except for today.
I watched it anyway.
You never know HOO may show up! 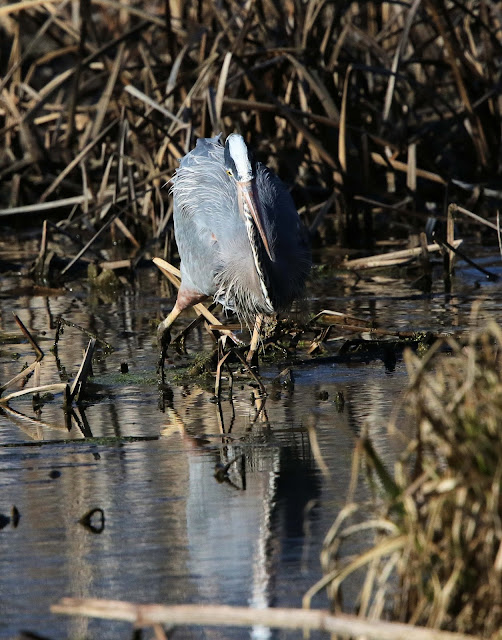 Even though there are many Great Blue Herons in this area, I'm always fascinated by them.
Something tasty caught his eye... 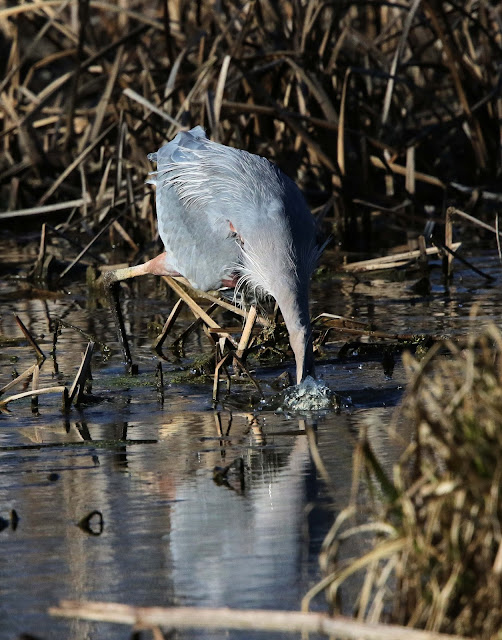 His head went like an arrow into the muck.
KERPLUNK! 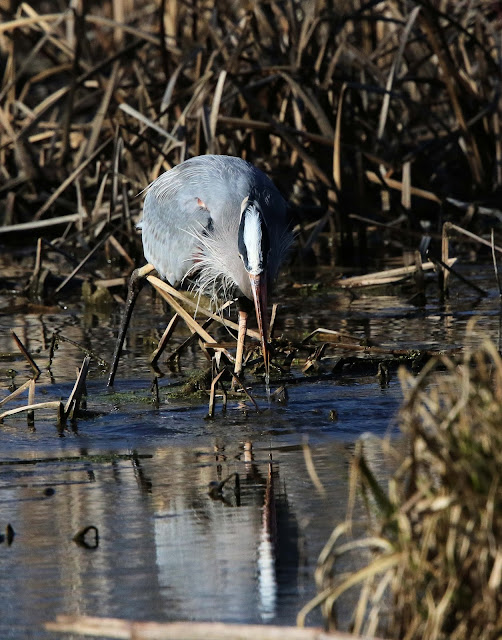 And he caught a nice appetizer! 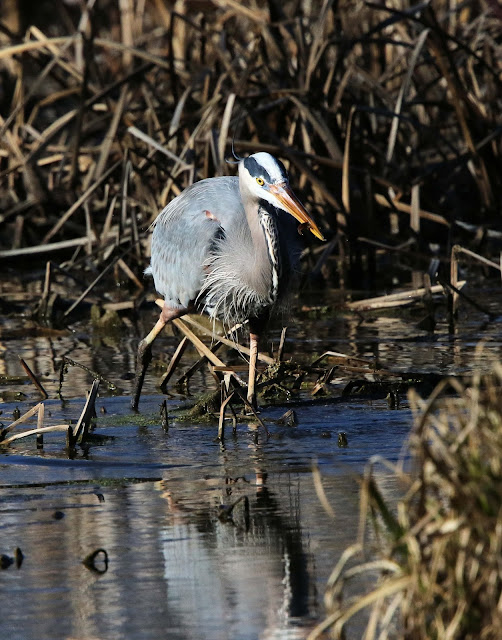 Gotta let it wiggle for a minute... 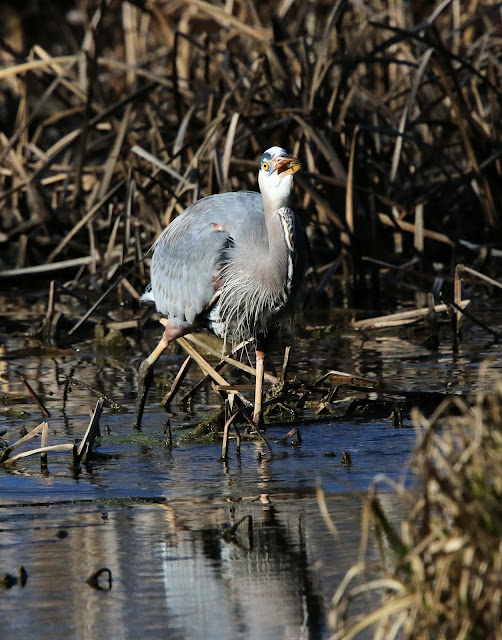 I sure am glad I don't have to fish with my face. 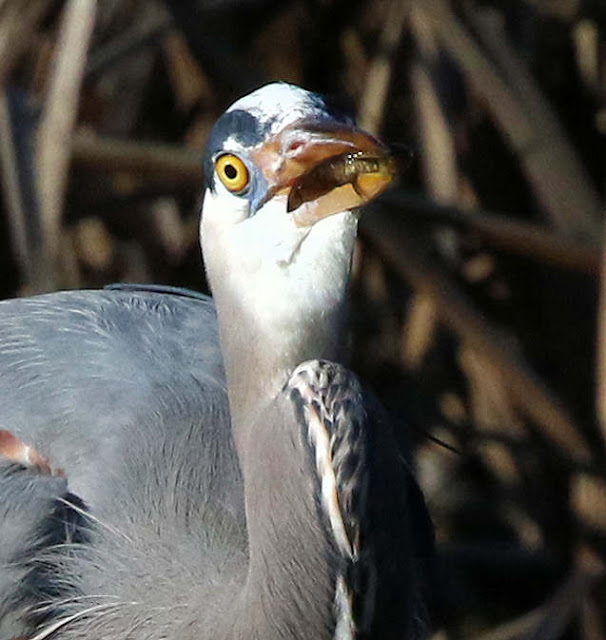 Let's zoom in a bit...hmmm...looks like it may be a tadpole!
Nummy! 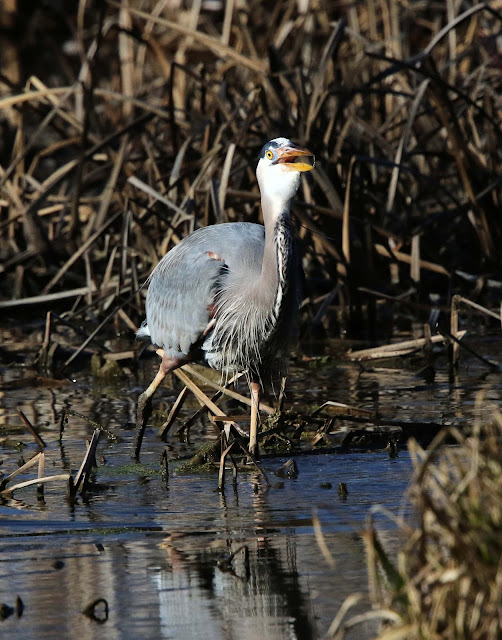 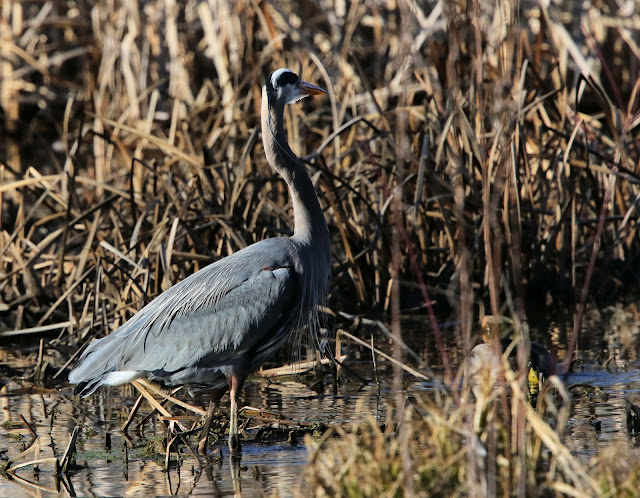 The show is over.
He's going to find a place without some skinny guy shooting a hundred photos of him while he eats...
I'm so rude some times... 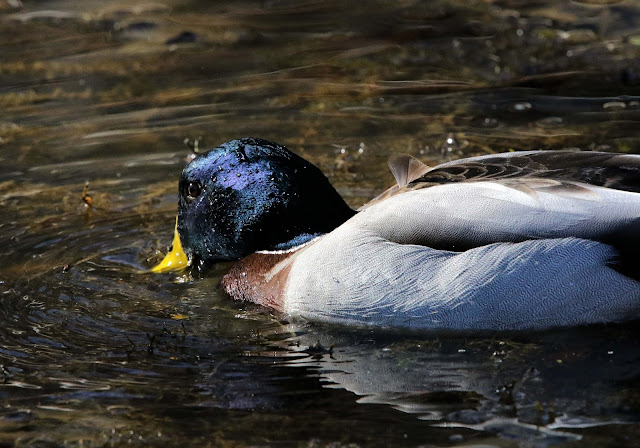 I love the iridescence of Mallards heads. 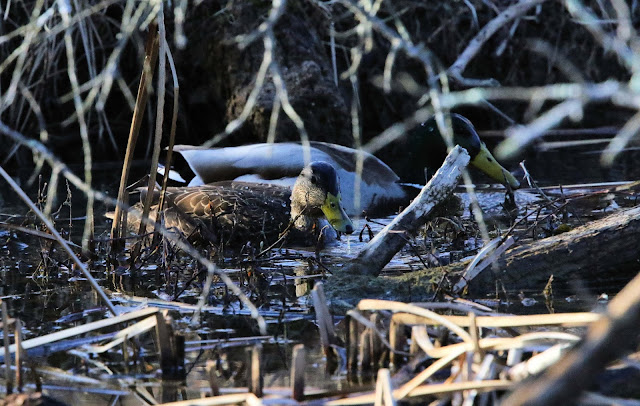 Every time I heard something in the water in the reeds and weeds I shot a photo.
Ya know, those otters and beavers might be real... 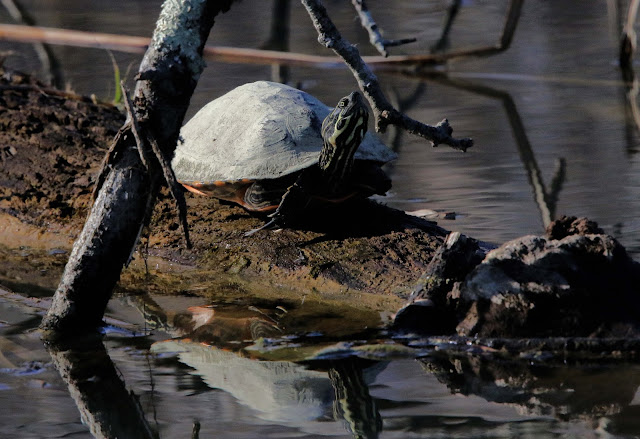 Fresh from a winters muddy nap, this Midland Painted Turtle came out for a little soak in the sun!
Seems like a great idea to me! 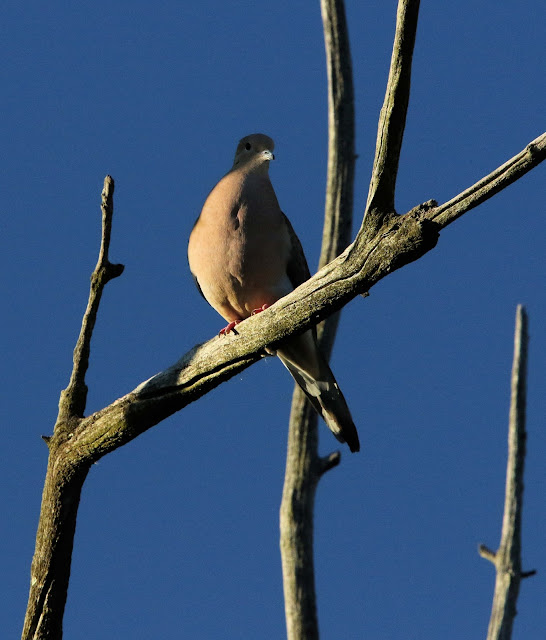 I liked how this Mourning Dove ducked his head out of the sun so he could see what I was doing.
And people say they ain't so smart... 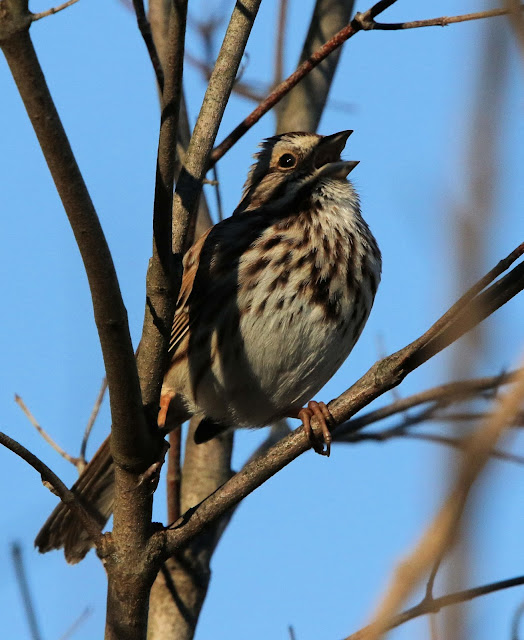 One of my favorite little feathery friends!
I love hearing the Song Sparrows singing their hearts out for love.
Good luck lil buddy! 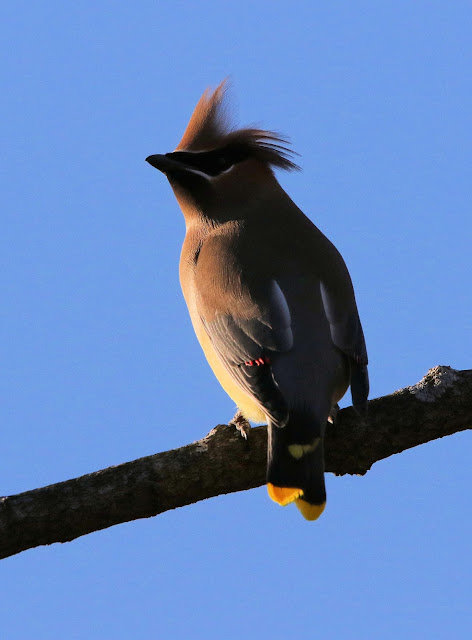 I managed to sneak up behind this Cedar Waxwing to get a shot of his special presidential do.
They're such trendy stylish birds...

Until next week, get out there and rekindle YOUR sense of wonder!