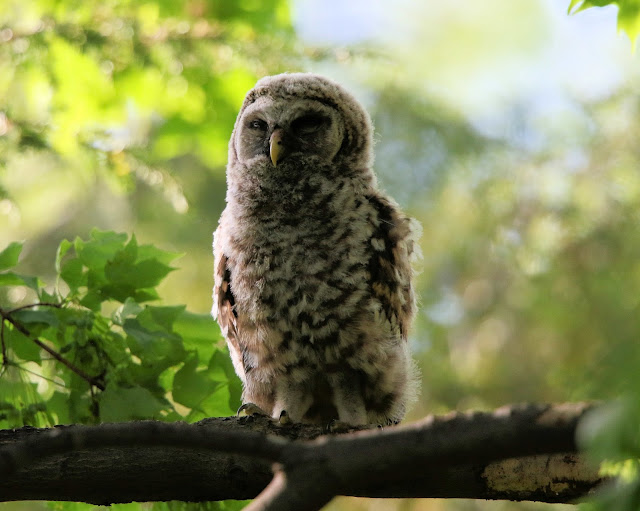 You know it's a good day when you see an owl!
This Barred Owl sat nicely for his portrait and the oohs and aahs of everyone!

On one of my many trips to Magee Marsh, I bumped into some old friends...not that they're old, but they are friendly...and I didn't actually bump into them...I saw them before they could run away! I've known Joanne and Terry for quite some time now. We met through the Western Cuyahoga Audubon Society when I was living on the west side of the mighty Cuyahoga River. We had a nice time birding along the boardwalk getting some good warbly action.

They mentioned an upcoming bird walk through WCAS with Tim Jasinski, a rehaber at the Lake Erie Nature and Science Center in Bay Village. I lived in Bay for about 16 years or so and spent lots of time walking the paths around Huntington Reservation. I thought it would be fun to meet up and bird around the old neighborhood.

I forgot about the rush hour traffic that I would have to go through to make it there. I got there just in the nick of time as they were preparing to head out. I saw a few of my old birding buddies amongst the large group of new and old birders. I'm sure this walk will be one that the newbies won't soon forget! How often to you get to see a Barred Owl fledgling sitting on a limb and easily viewed without binoculars? That was a great start to the night... 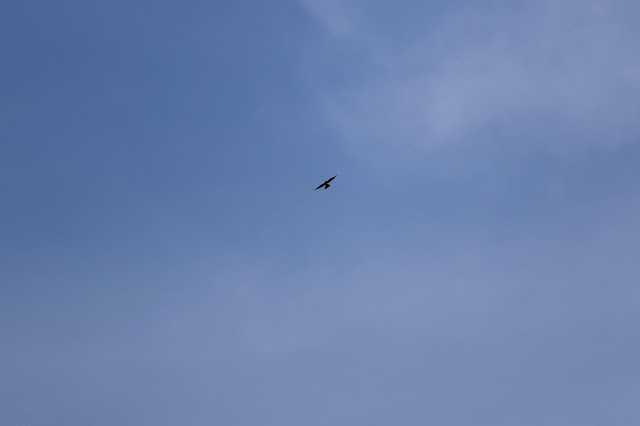 As we were prepping for the walk, I looked up and noticed a number of birds soaring overhead.
COMMON NIGHTHAWKS!
The first a lot of us had seen this year. 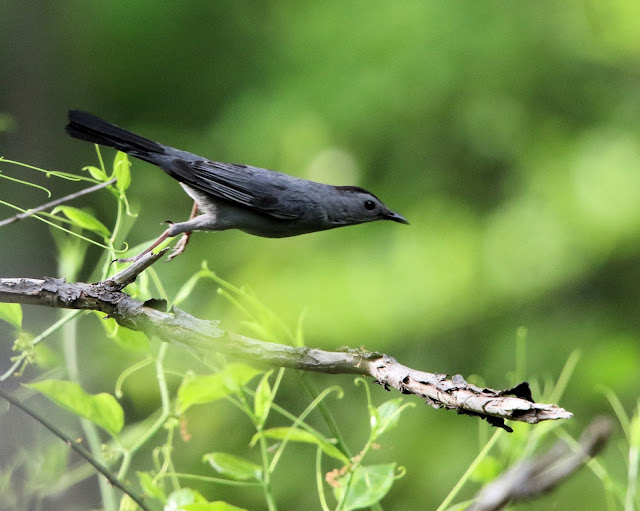 The first bird along the path was this Gray Catbird doing his cat thing.
When I finally made it up to see him, he decided he was bored and had to go... 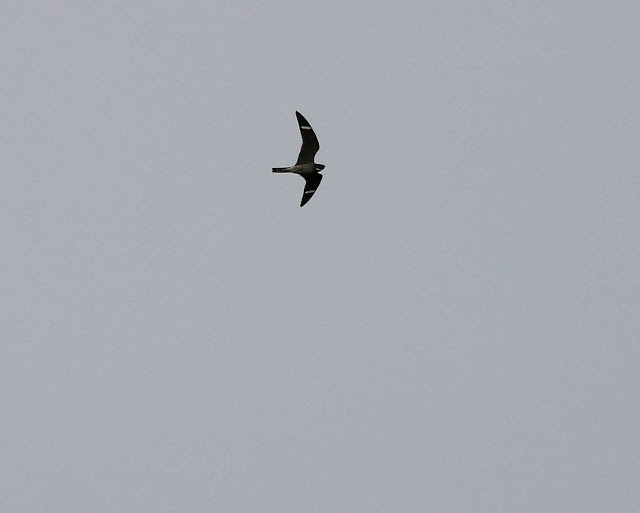 Those Common Nighthawks were WAAAAYYYYY up there! 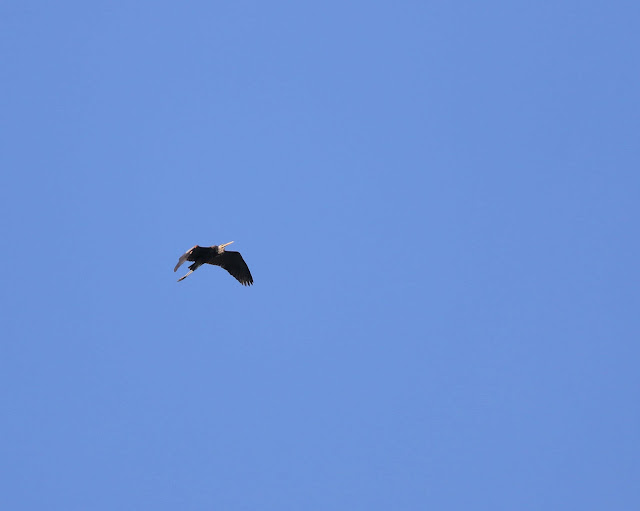 Soaring along with the nighthawks  turkey vultures was this Great Blue Heron.
Maybe he had an identity crisis...he just wants to belong... 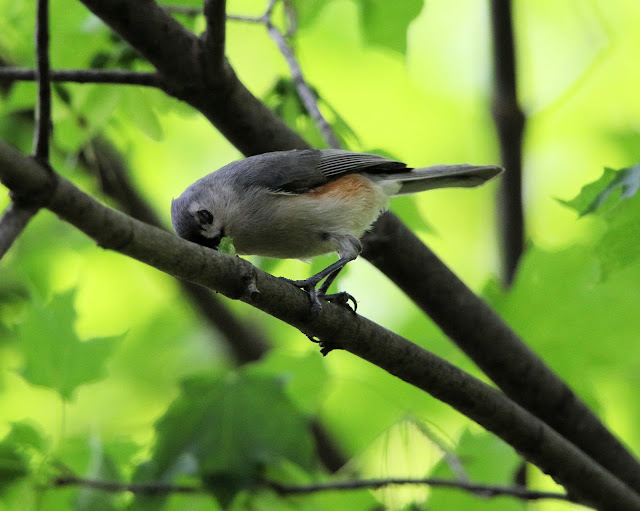 While everyone was ogling the owl, I spotted this Tufted Titmouse tucking in on a juicy caterpillar.
Mmmm...squishy... 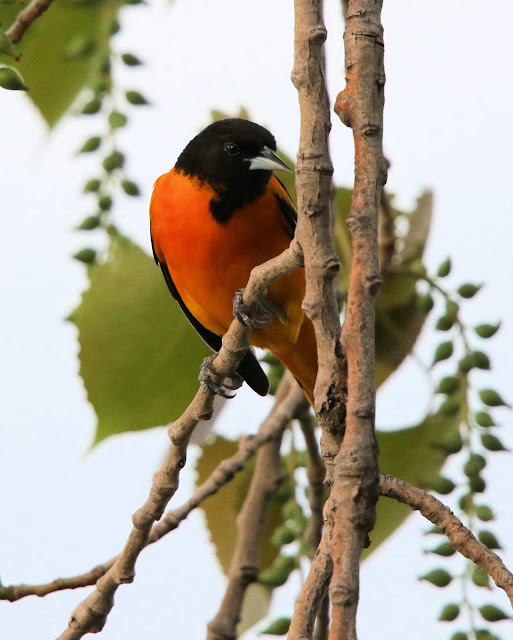 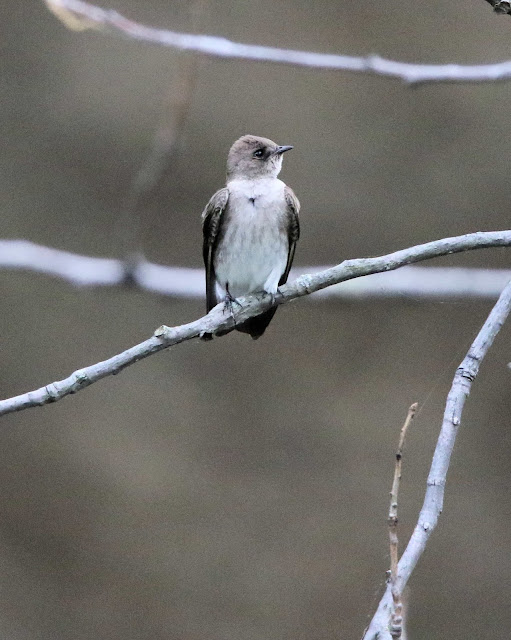 Northern Rough-winged Swallows always look like they're getting ready to burst out in tears.
Don't be sad little buddies! 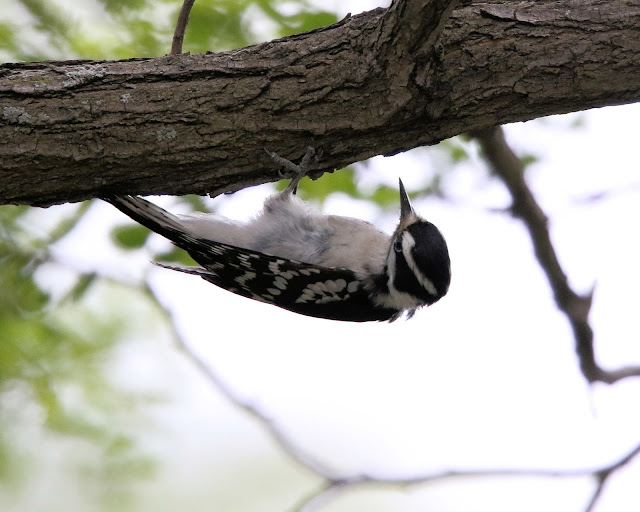 Now don't flip your computer screen over!
This Downy Woodpecker was creeping along the underside looking for snacks. 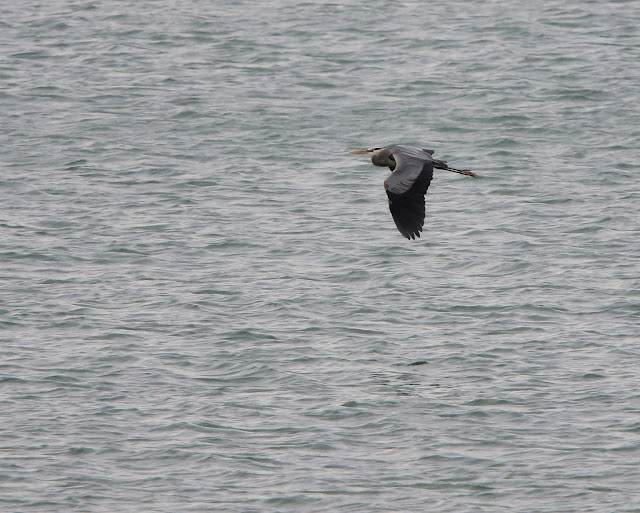 A Great Blue Heron flying at a more normal altitude... 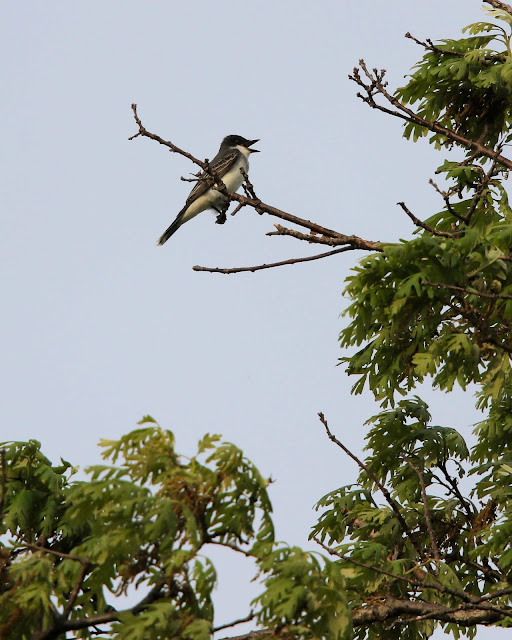 We also had a few flycatchers like this Eastern Kingbird.
The others wouldn't hold still... 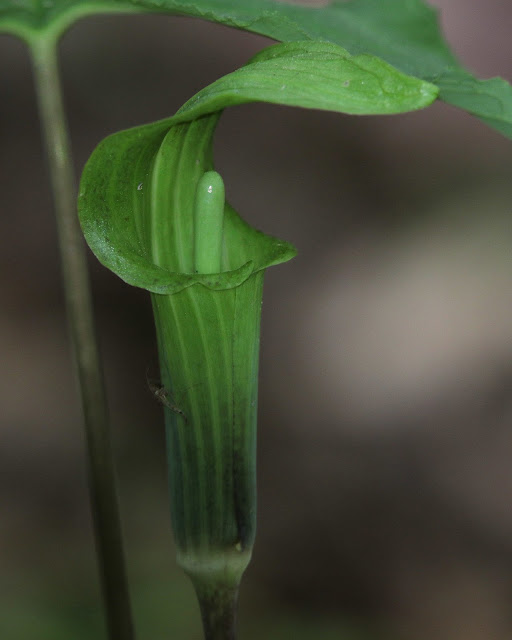 Must be spring...a Jack-in-the-Pulpit...and a bonus mosquito-y looking insect trying to hide. 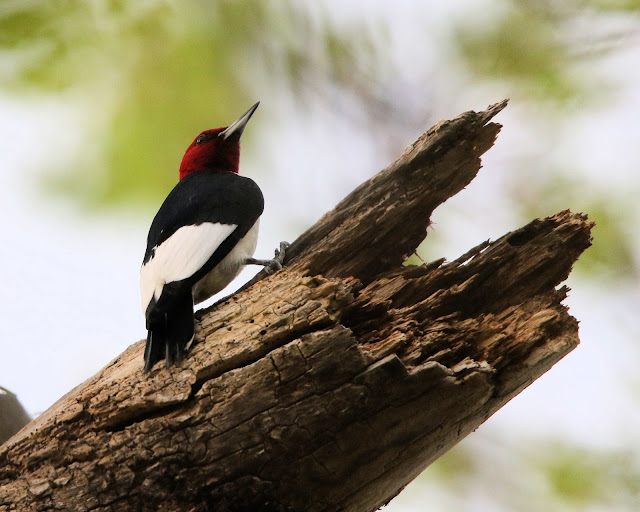 Another great bird for the night was this Red-headed Woodpecker.
I've seen more this year than I have in the past few years! 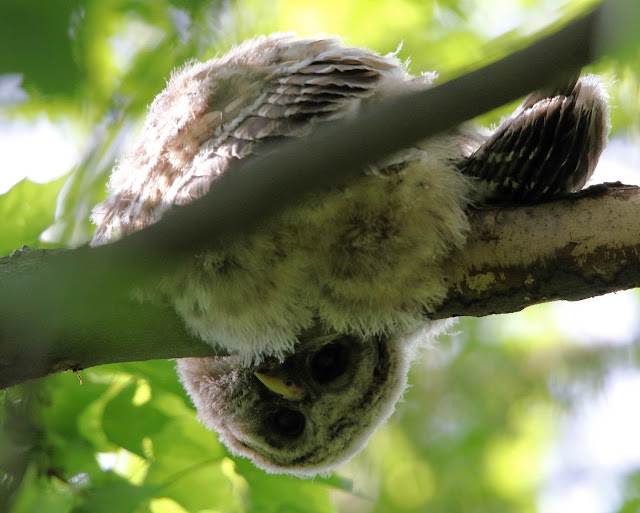 You know you're having a good time when you get a butt shot and a face shot all in the same photo!
Loved that screwy little owl!

Well, that's all for now...don't get too excited! I have plenty more!
See ya out there somewhere!