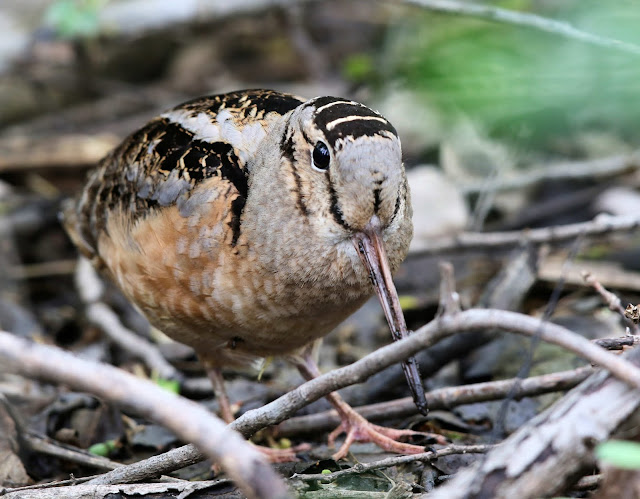 It was a good day on the boardwalk for American Woodcocks!

I got a late start to the day and missed the morning birds. I thought about passing entirely due to the weather, but a lot of those days when it's windy and rainy seem to be the best. The birds will be lower and closer. This day? Not so much. The winds were from the south and they all seemed to beat it over the lake to Canada. Oh well...there's always the next time! 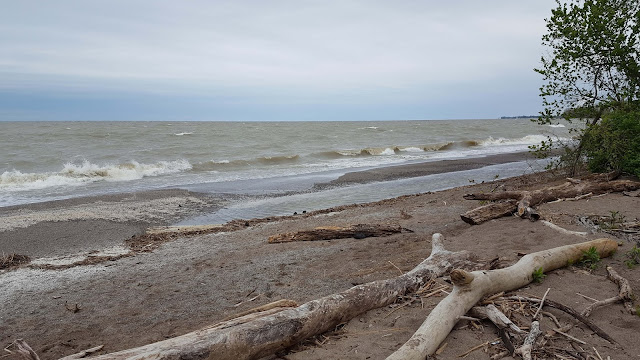 Not a good day to lay out on the beach for a tan... 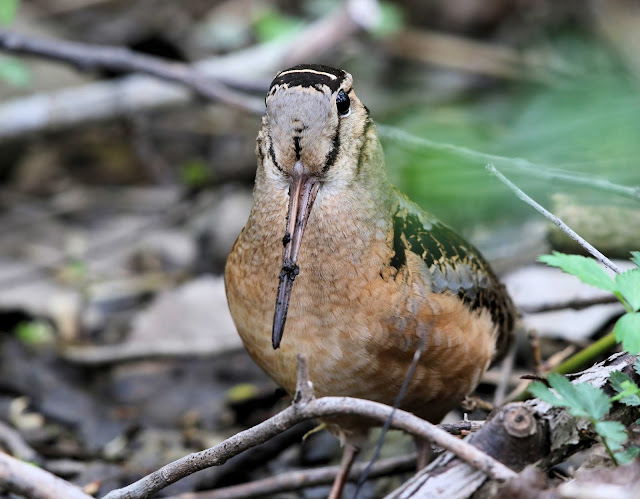 This guy was so cooperative! I couldn't help but take a dozen or so photos of him hunting for wild wily worms! 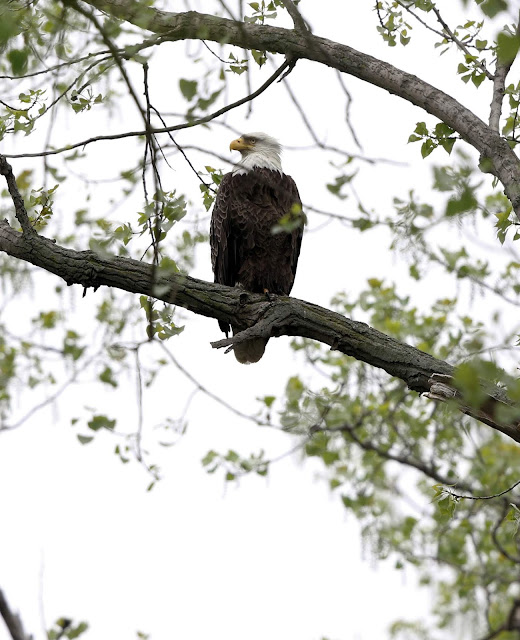 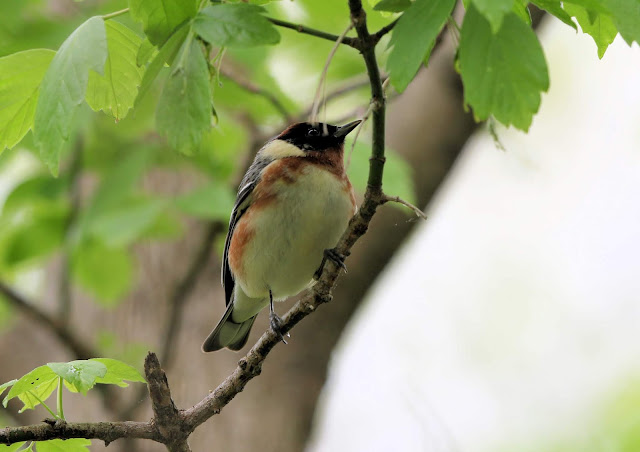 I chased (really!) this Bay-breasted Warbly all over the boardwalk.
He just didn't want to pose for me... 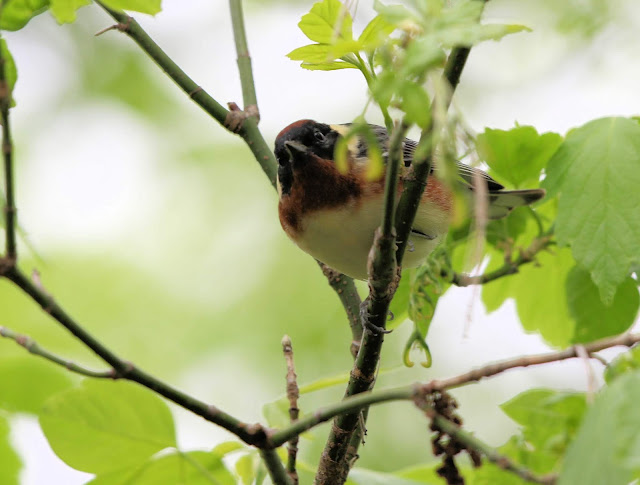 If you listen closely you can hear him saying "Nah-nah!"
Not at all happy with him. 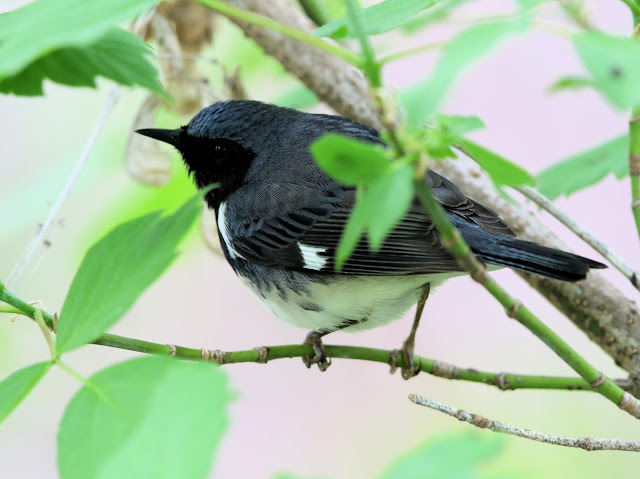 This Black-throated Blue Warbly on the other hand, was being quite cooperative. 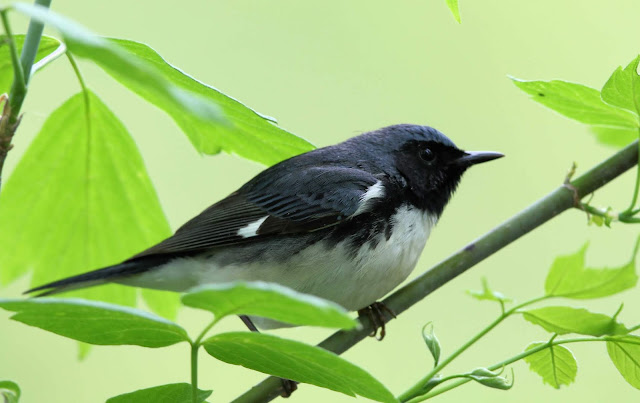 He let me shoot him from both sides! 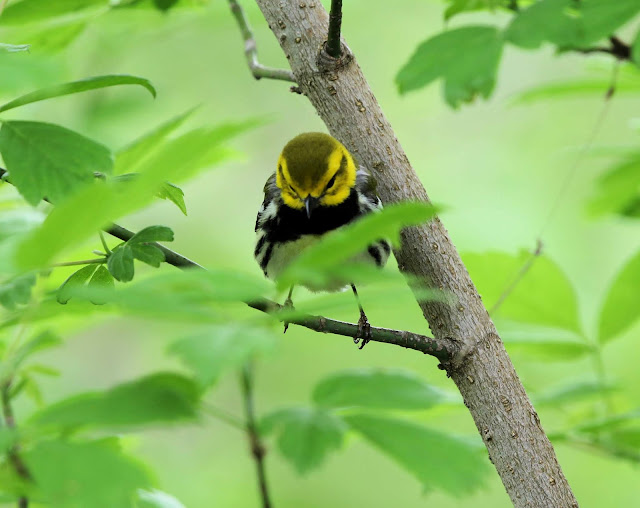 This was more typical of the days work.
A slightly out of focus Black-throated Green Warbly. 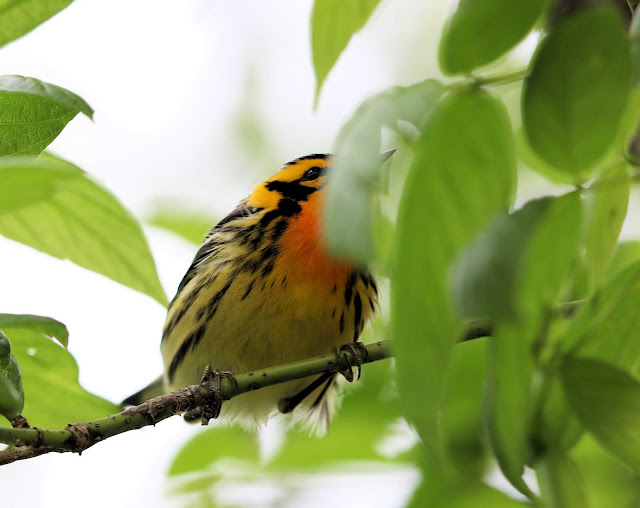 Two shots of a male Blackburnian Warbly...both blocked by greenery.
It was a day to leave the camera behind... 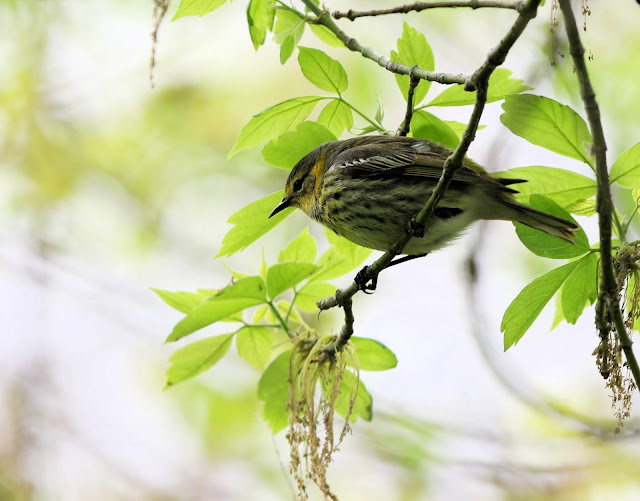 Luckily there were a lot of Cape Mays around so I was bound to get at least one good shot.
And I did...just one... 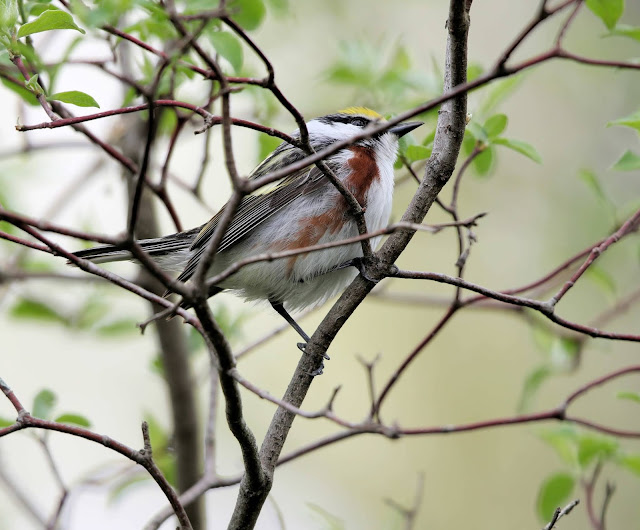 They must have had a meeting and said "When you see Dave, bury yourself in the leaves or branches, he loves that."
I used to like Chest-sided Warblies... 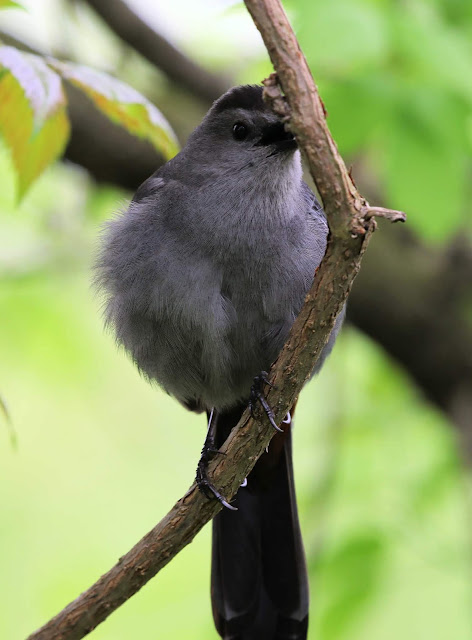 What's the deal!
Even the Gray Catbirds were trying to hide while they were yelling! 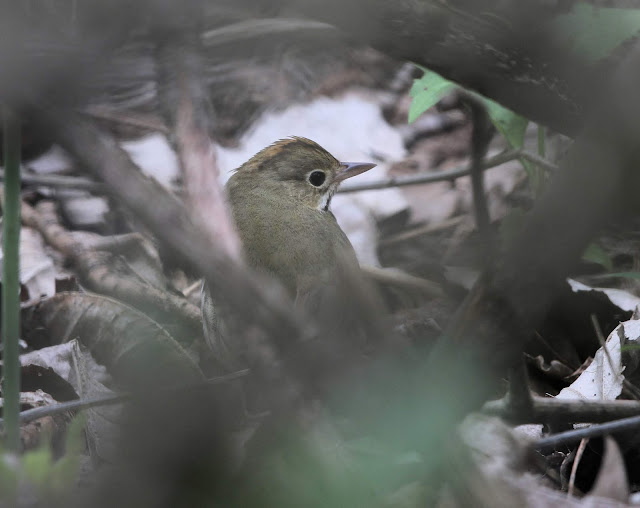 Ovenbirds always hide, so this I expected.
At least I saw him creeping around under there. 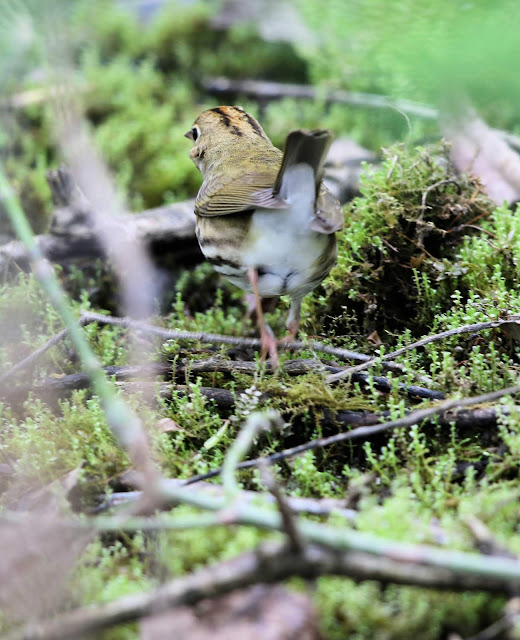 One Ovenbird popped out into the open just enough for me to get one shot of its cute little derriere! 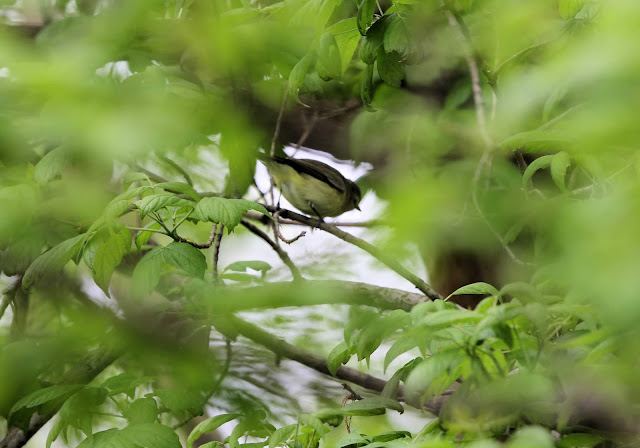 You'll have to take my word on this one.
It's a Philadelphia Vireo waaaaaay up in the tree tops. 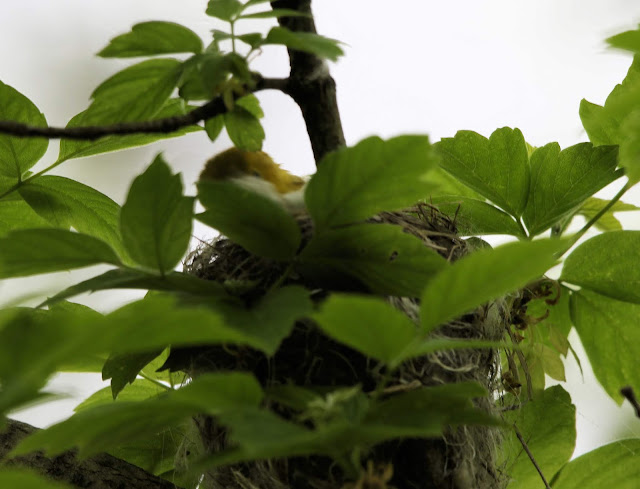 Last of the crappy pics of the day before the rain came and I gave up...and got pie from Blackberry Corners...a Yellow Warbly sitting on her nest...I tried...the pie is better than my photos. 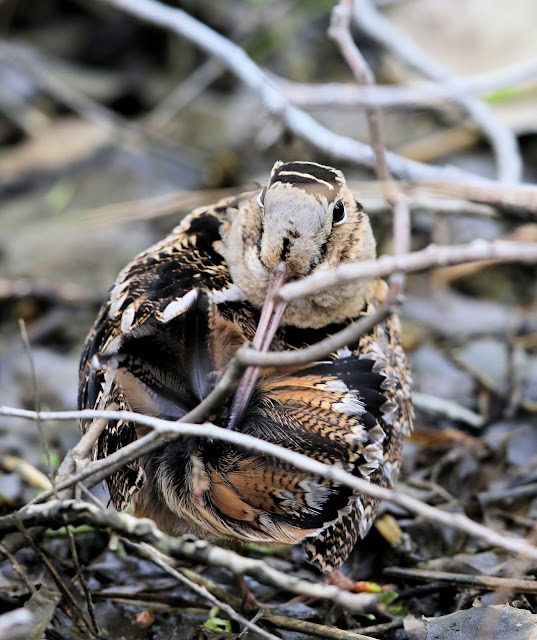