I hope you're not getting sick of my warbly friends! You know, the next best thing to Warblys in May is Warblys in September! The only problem is the drastic plumage change in many of these little buggars!

When I'm out in the woods, I think I know them. Then I shoot a few(hundred!) photos, download them when we get home and am immediately confused by what I see. Three field guides later...my head hurts. HELP ME!!

This one took a long time and I'm still not positive.
I thinking first year Black-throated Blue Warbly...and you? 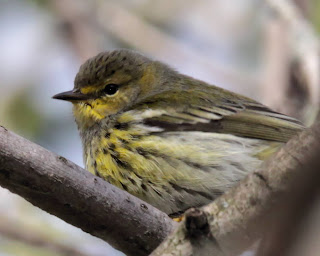 This has to be a Cape May Warblything. Maybe.

When all you see is the booty, guessing becomes the way to go!
I'm guessing a Chestnut-sided Warbly.

This is another easy one.
Gray-cheeked Thrush... 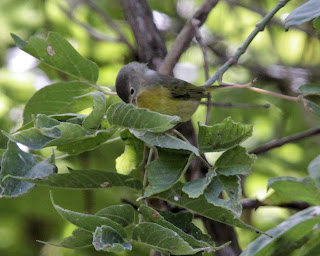 Why do I have such a hard time focusing some days(most)?
Gray head, white eye ring, big mouth...Nashville Warbly!

Ruby-crowned Kinglet from below!
This is the longest I've ever seen one sit still.
Made me wonder if it really was a Kinglet! 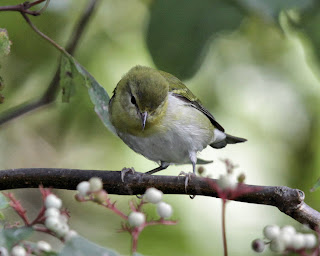 I'm leaning towards Tennessee Warbly on this one.
On the boardwalk at Magee I was thinking it was A Bay-breasted Warbly, but it didn't quite feel right to me.

Isn't it nice when they look up at you?

How could you miss a Bald Eagle?
This teenager flew into the tree directly above two men and a very young boy.
They never noticed! I wanted a closer shot, so walked up to them and asked if they've ever seen a Bald Eagle, up close.
Then I pointed up.
Boy were they shocked! Then an adult flew in and rapped him on the head and chased him away.
Pretty good for their first encounter with a Bald Eagle! 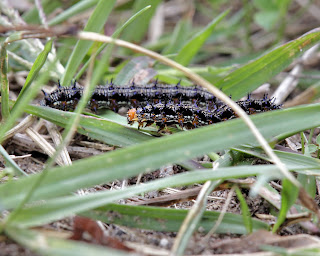 I know, these aren't birds...they're Common Buckeye caterpillars!
There was a 'flock' of them in the grass!

Autumn Meadowhawk from behind! 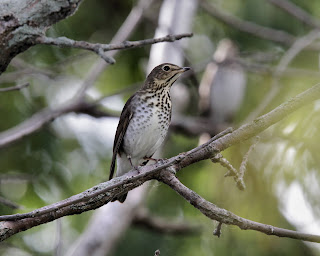 Oh my. Another one of those migrating thrushes!
Look at that pretty face, must be a Swainson's Thrush...

Hey! These are supposed to be on the ground!
It's a chunky little Ovenbird.

You can always tell a Wilson's Warbly by his too dark toupee!
At least he doesn't have a comb-over! 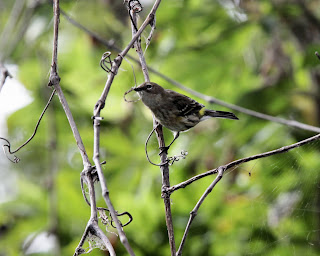 Look at the buttery butt and you know you have a Yellow-rumped Warbly!

I saved the biggest butt for last!
I'll give you a hint, I've showed him before and there are a lot flying through right now,
on their way to South America on one of the longest migrations!
Look at his feet!
DON'T FORGET!
The Ohio Young Birders Club is having their "BIG SIT" on October 10th and still need your help!
Posted by Dave at 5:35 PM